Let’s look at the photo gallery and remember the brightest events of the Autumn-2021/22 season. 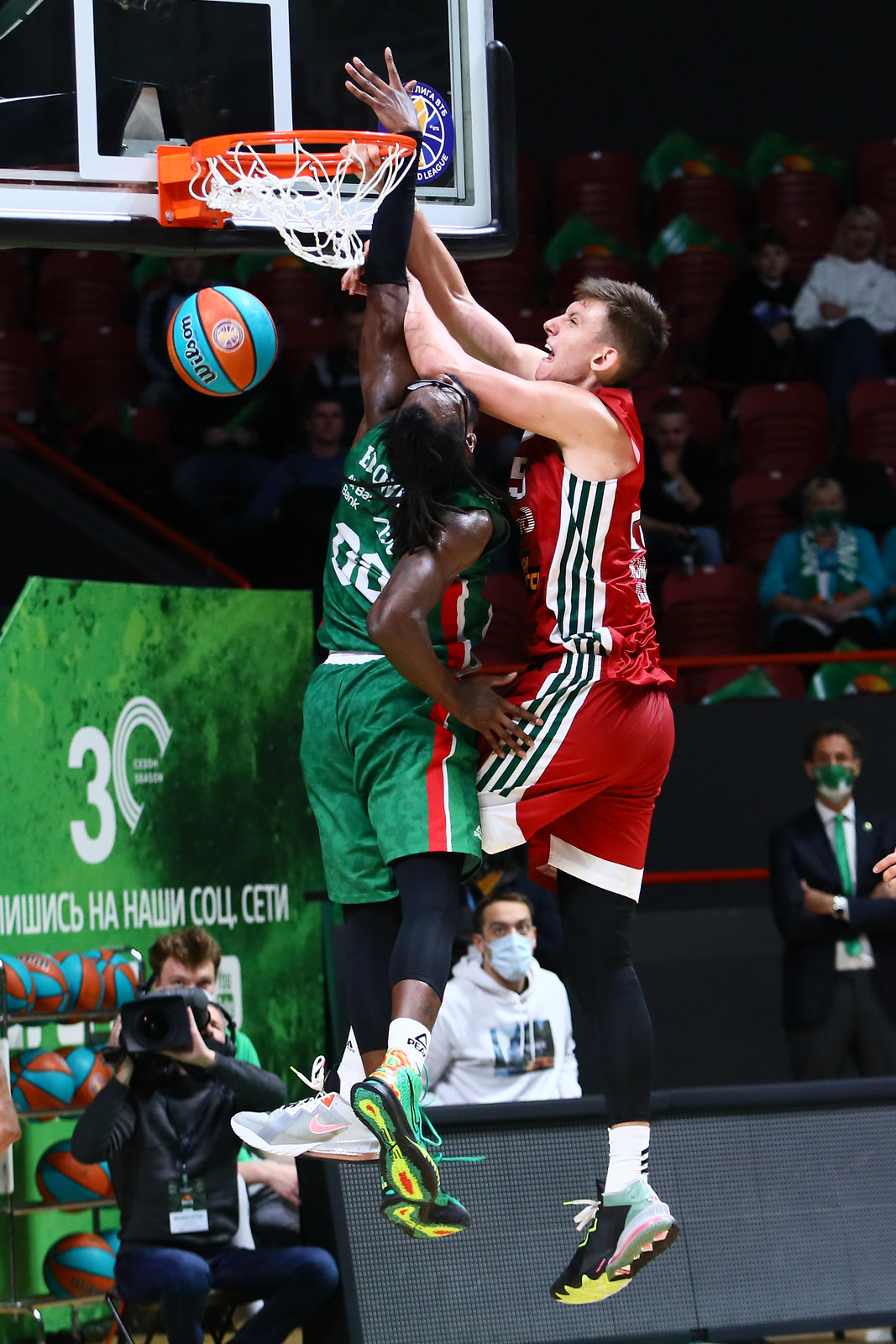 The future is  here:  young Loko forward Andrey Martyuk sent John Brown III to the poster in the opening game of the season. 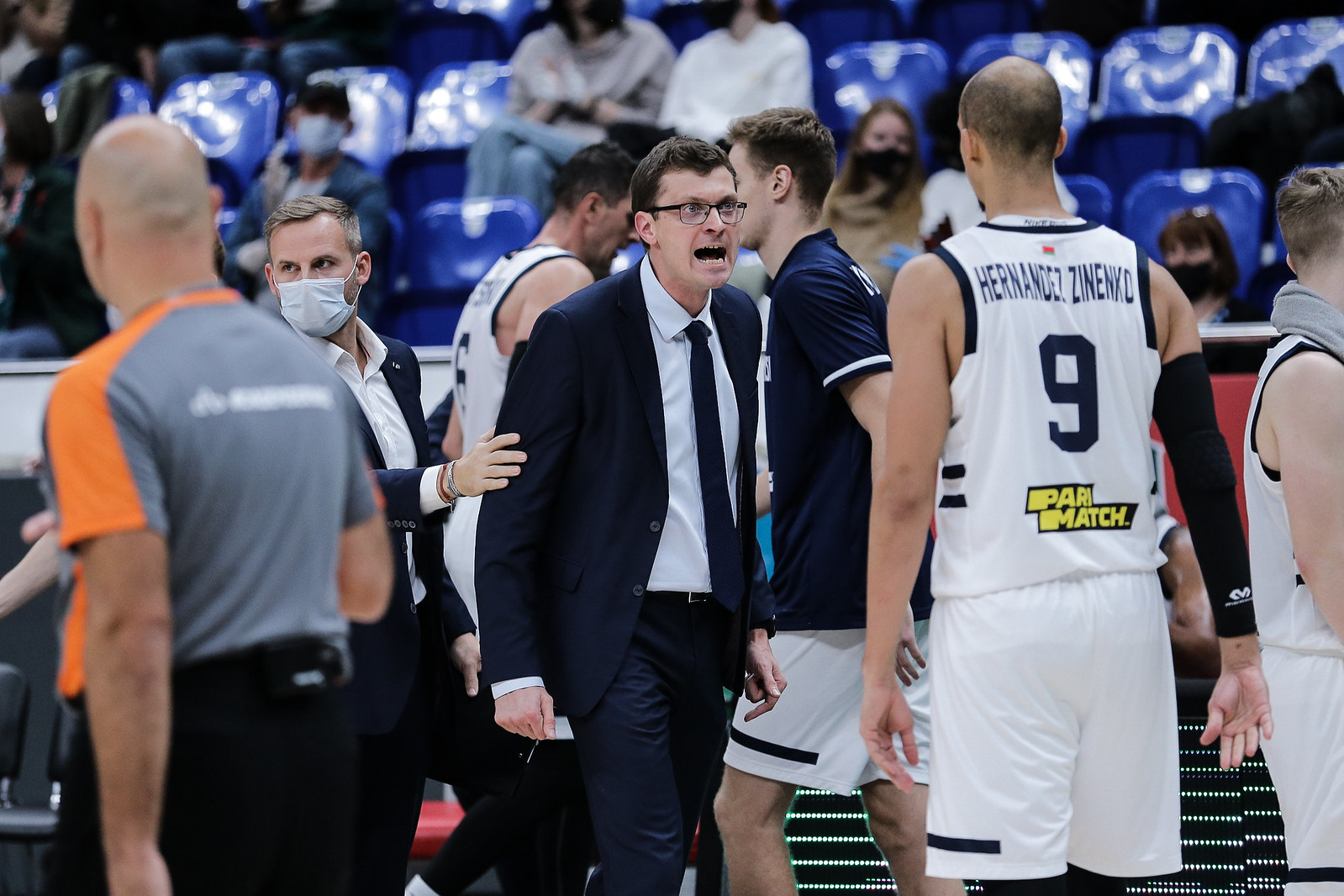 Tsmoki head coach Rostislav Vergun is upset with the Cuban forward in the game against Loko. The Minsk team almost came back with -21 in Krasnodar, but Darol Hernandez-Zinenko had only 1/6 two-pointers in this game. 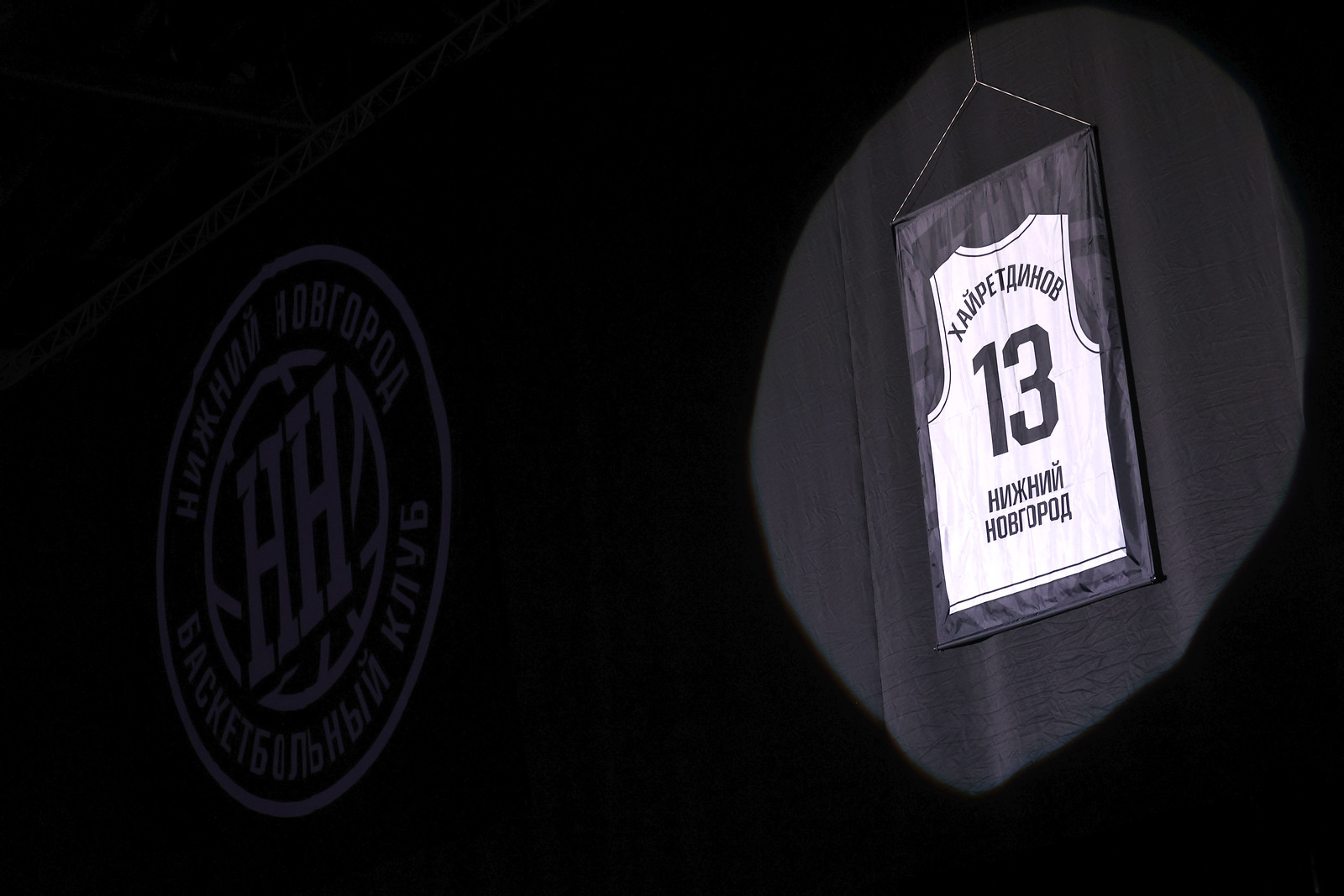 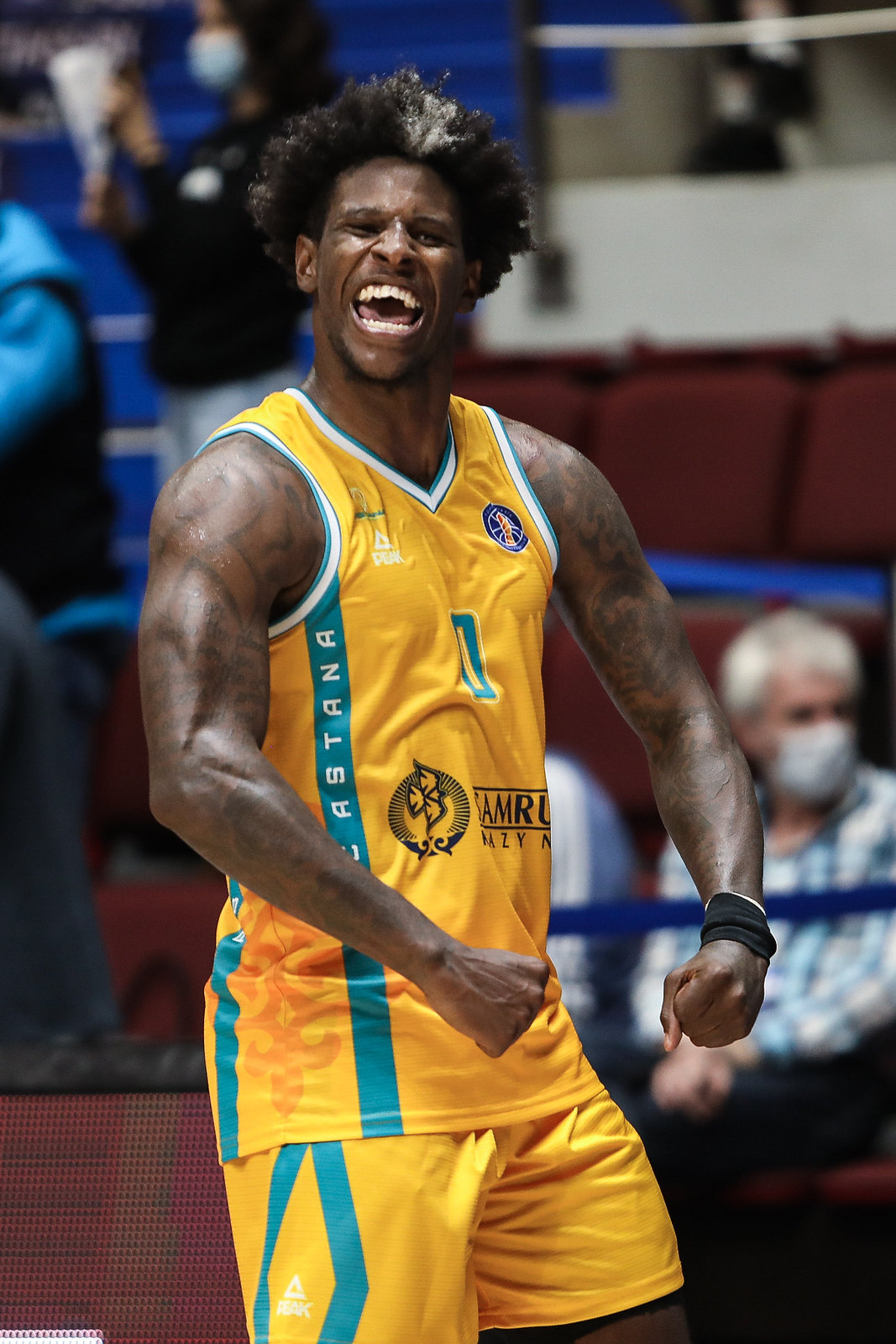 Astana newcomer, Jaylen Barford, forced to talk about him already in the first game – the guard scored 24 points and became the key player of the win over Zenit. 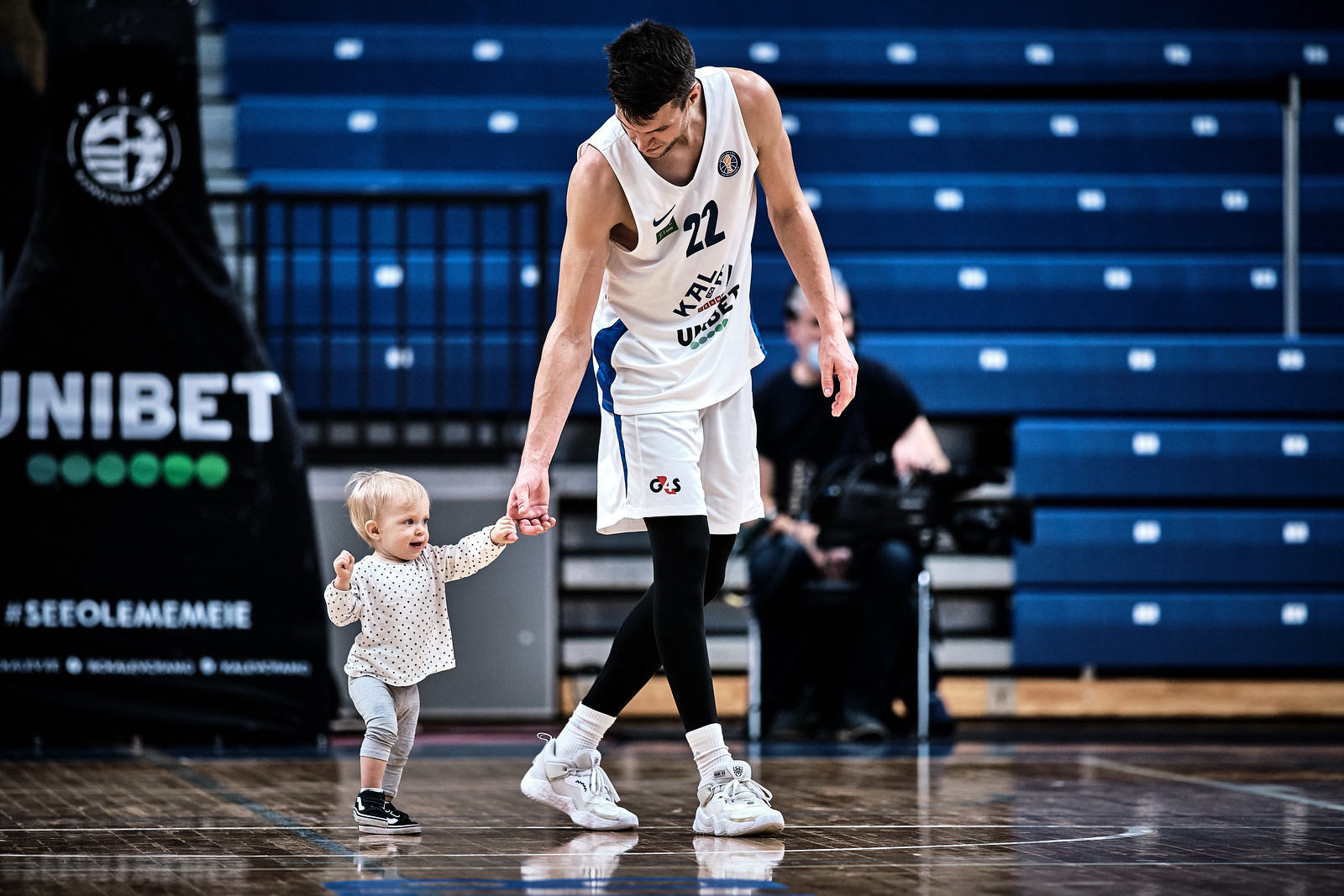 The first steps in basketball can be different. The daughter of Kalev captain Martin Dorbek, these steps are literally basketball – on the parquet after the game with Enisey with her father. 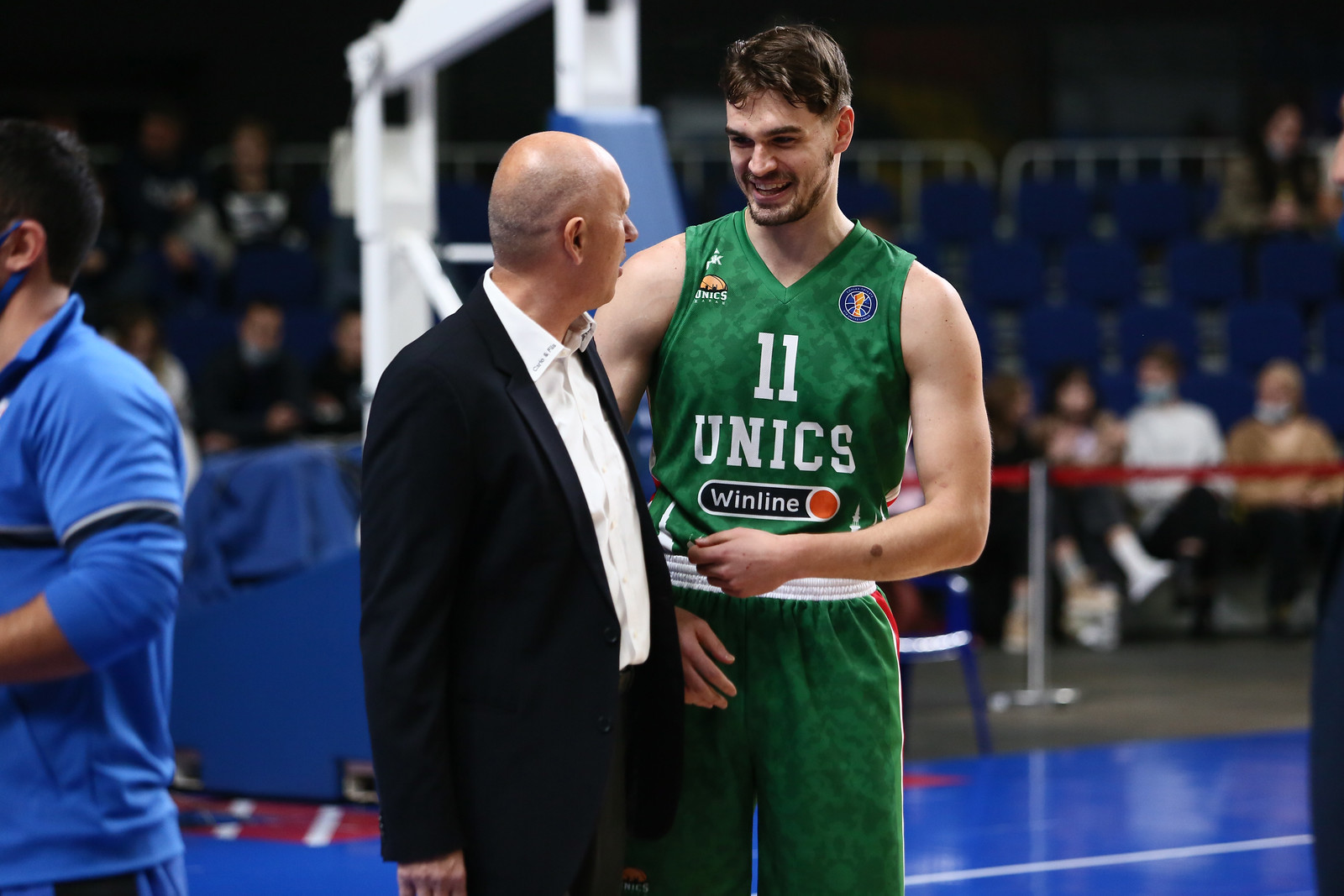 Two Croats – Enisey head coach Drazen Anzulovic and UNICS leader Mario Hezonja met in Krasnoyarsk. By the way, Anzulovic led the Croatian national team from 2018 to 2019 – but Hezonja did not come to the national team at that time. 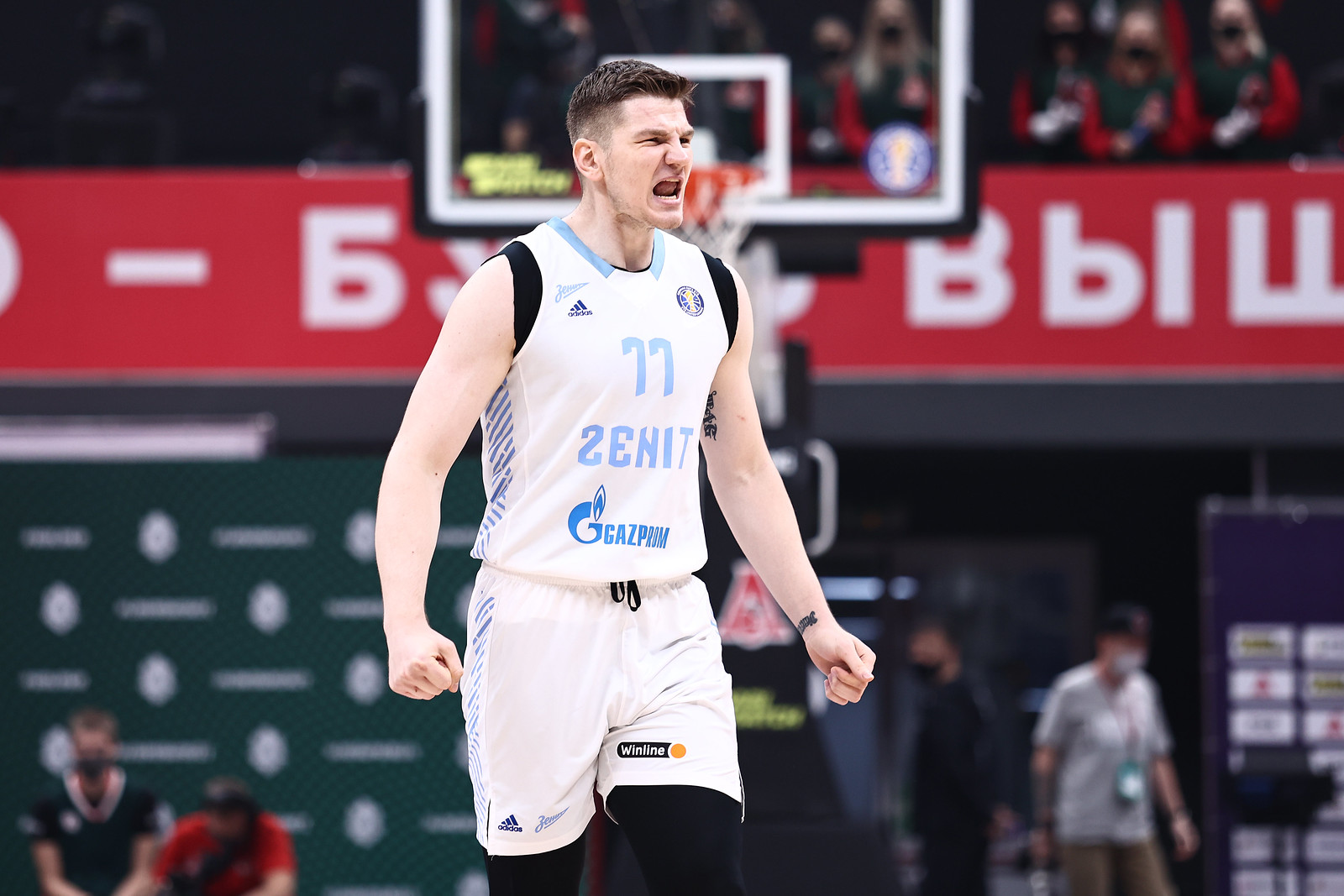 In mid-October, Zenit beat Loko away (106:79), scoring more than 100 points for the first time in the history of the teams rivalry. Arturas Gudaitis could not hide his emotions. 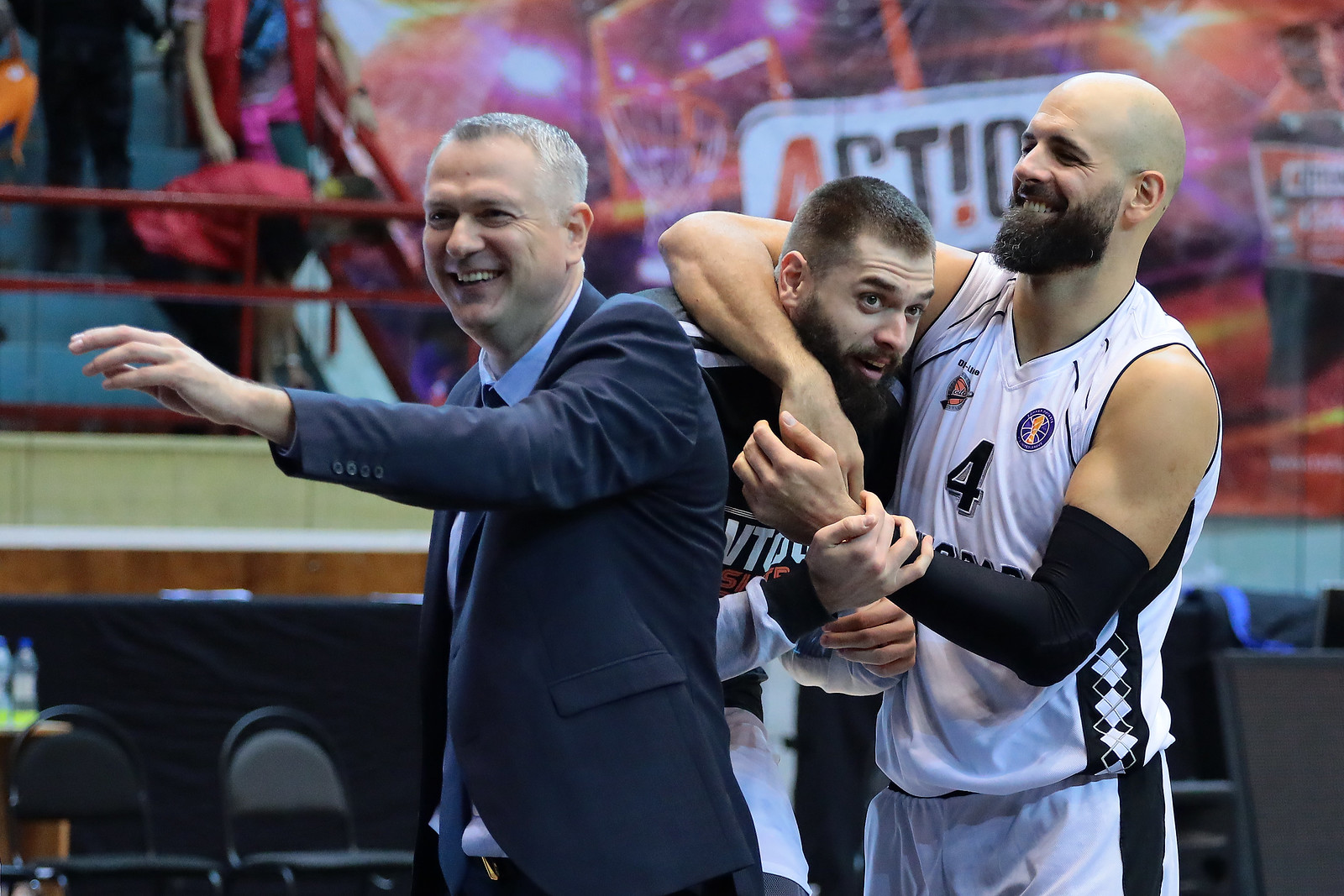 It is difficult to restrain joy after the win over the vice-champion of the League. Emil Rajkovicj’s Avtodor became the only team that beat UNICS in the United League in the fall-2021. 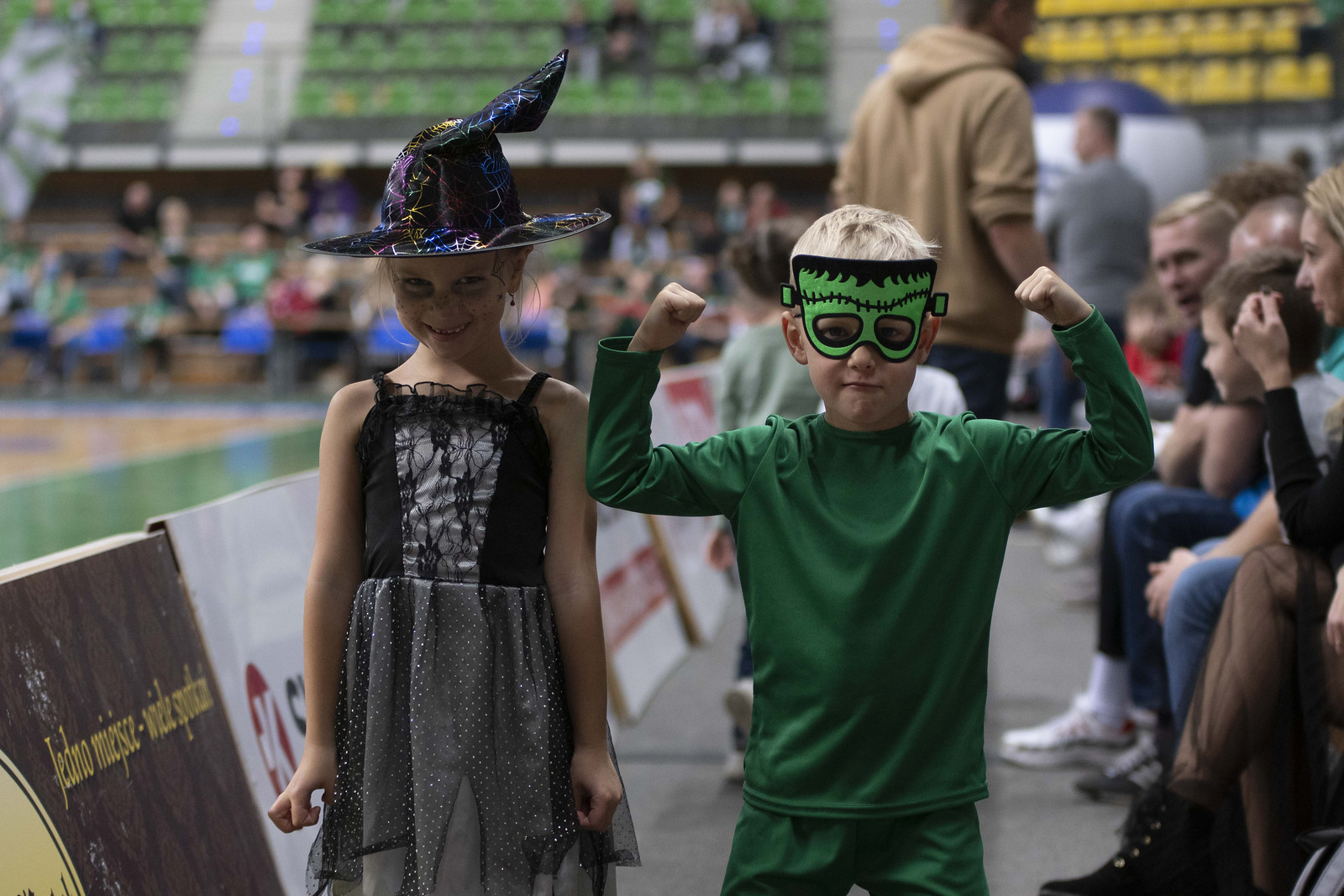 On October 31, fans in Zielona Gora celebrated two events: the team’s first win of the season and Halloween. 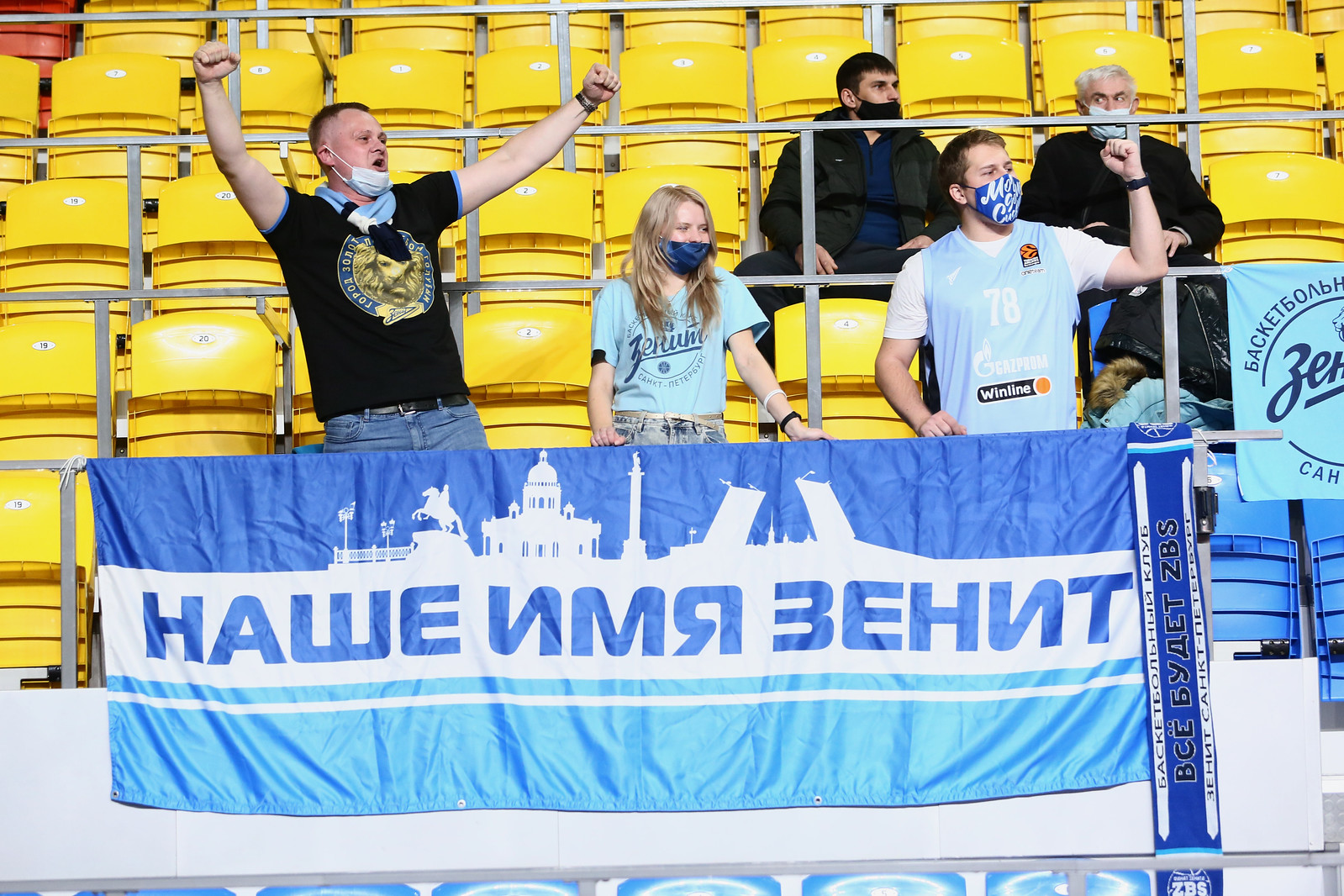 Distance is not an obstacle. Zenit fans traveled more than 3,500 km to watch the St. Petersburg team beat Enisey in Krasnoyarsk. 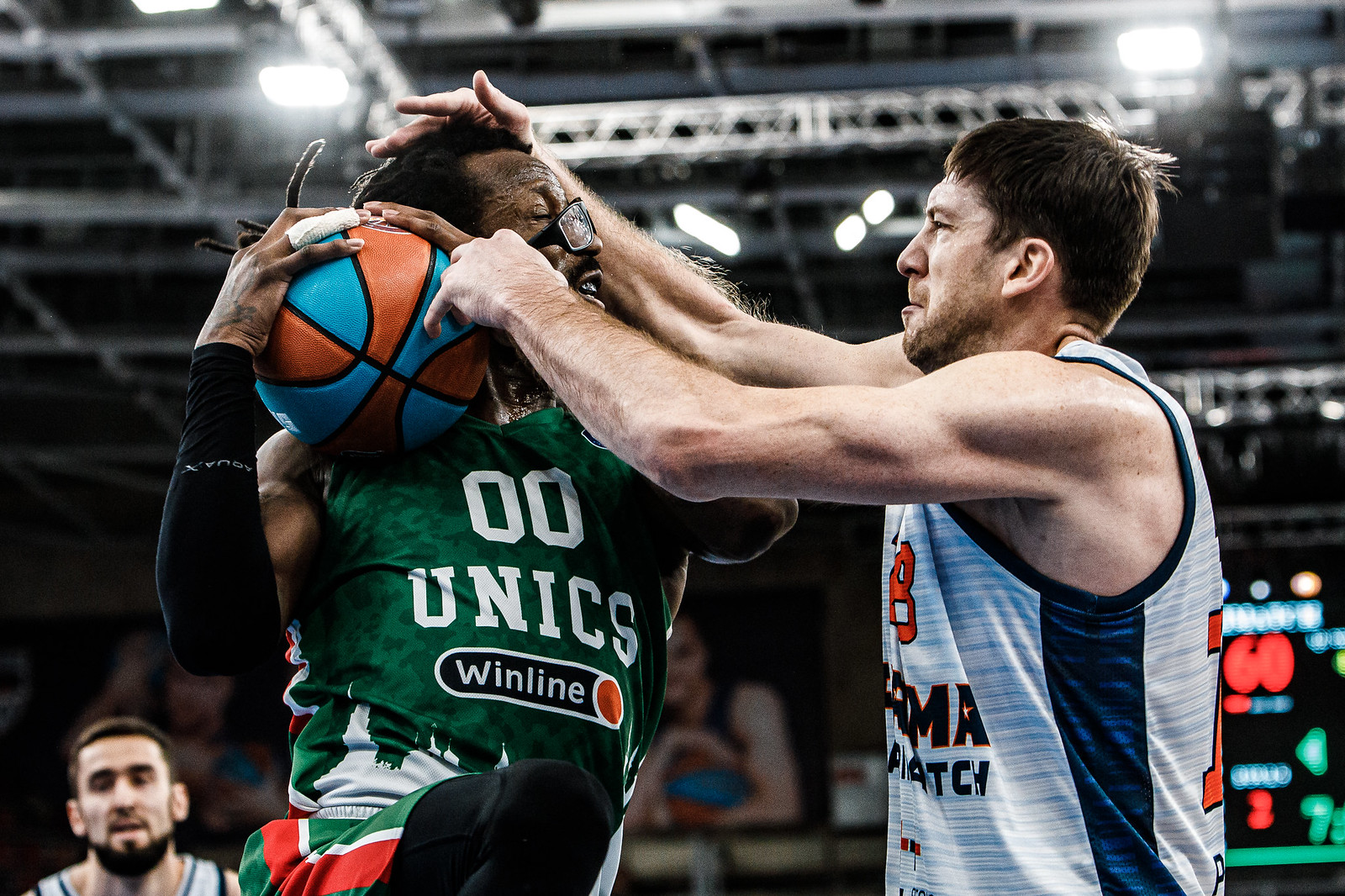 All the tenacity of the rivelry between UNICS and PARMA is in this picture. To stop John Brown III Evgeny Voronov had to take off his glasses. However, the Kazan team still took the win away from Perm, and UNICS forward ended the game with 7 rebounds. 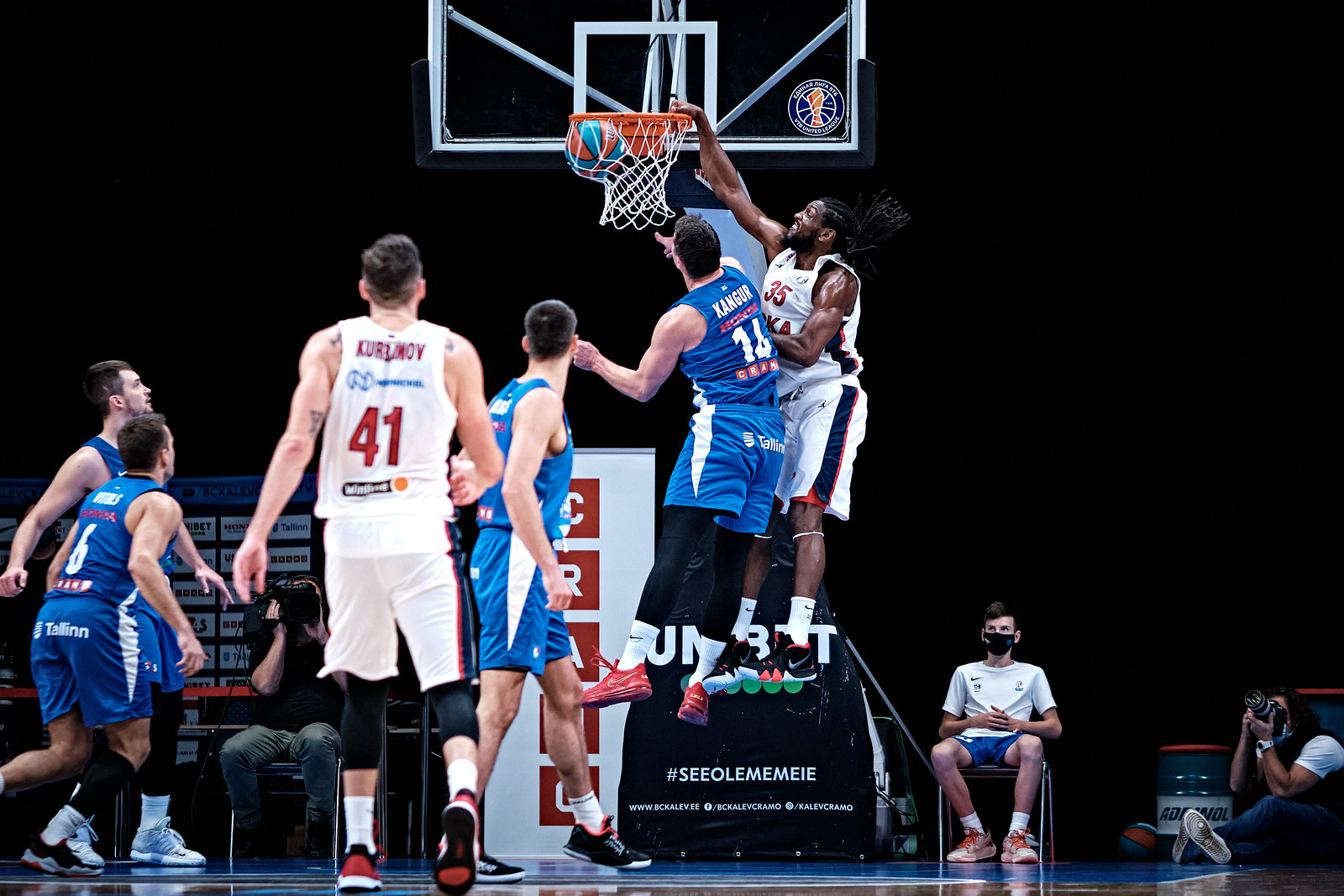 If to score your first points in the League, that’s the only way! Kenneth Faried with his signature style in Tallinn. 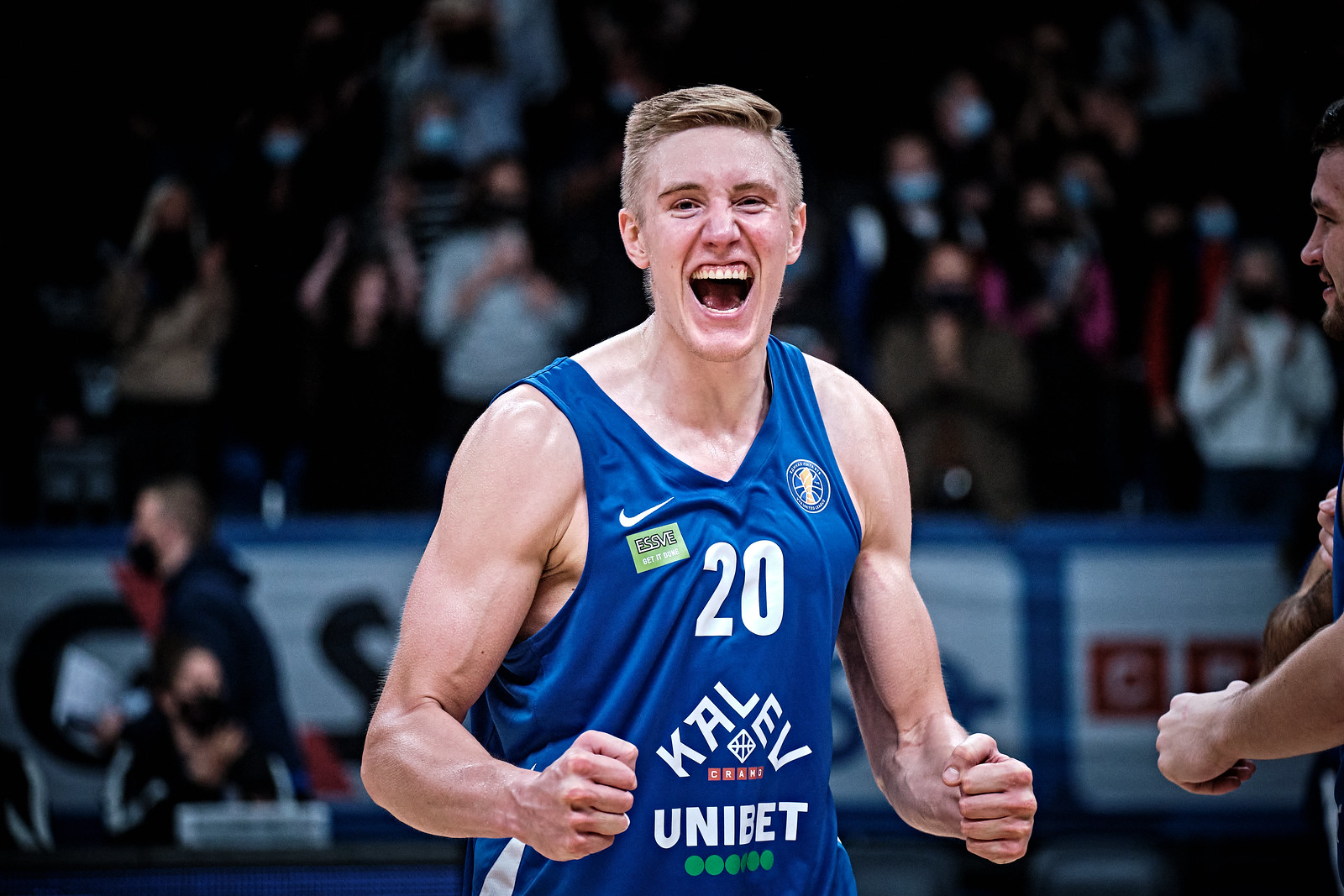 But even Faried’s dunk did not save CSKA from losing to Kalev – the Army team lost in Tallinn for the first time in 30 years. Estonian center Rauno Nurger became the best in the team in points (15), rebounds (9) and efficiency (21). 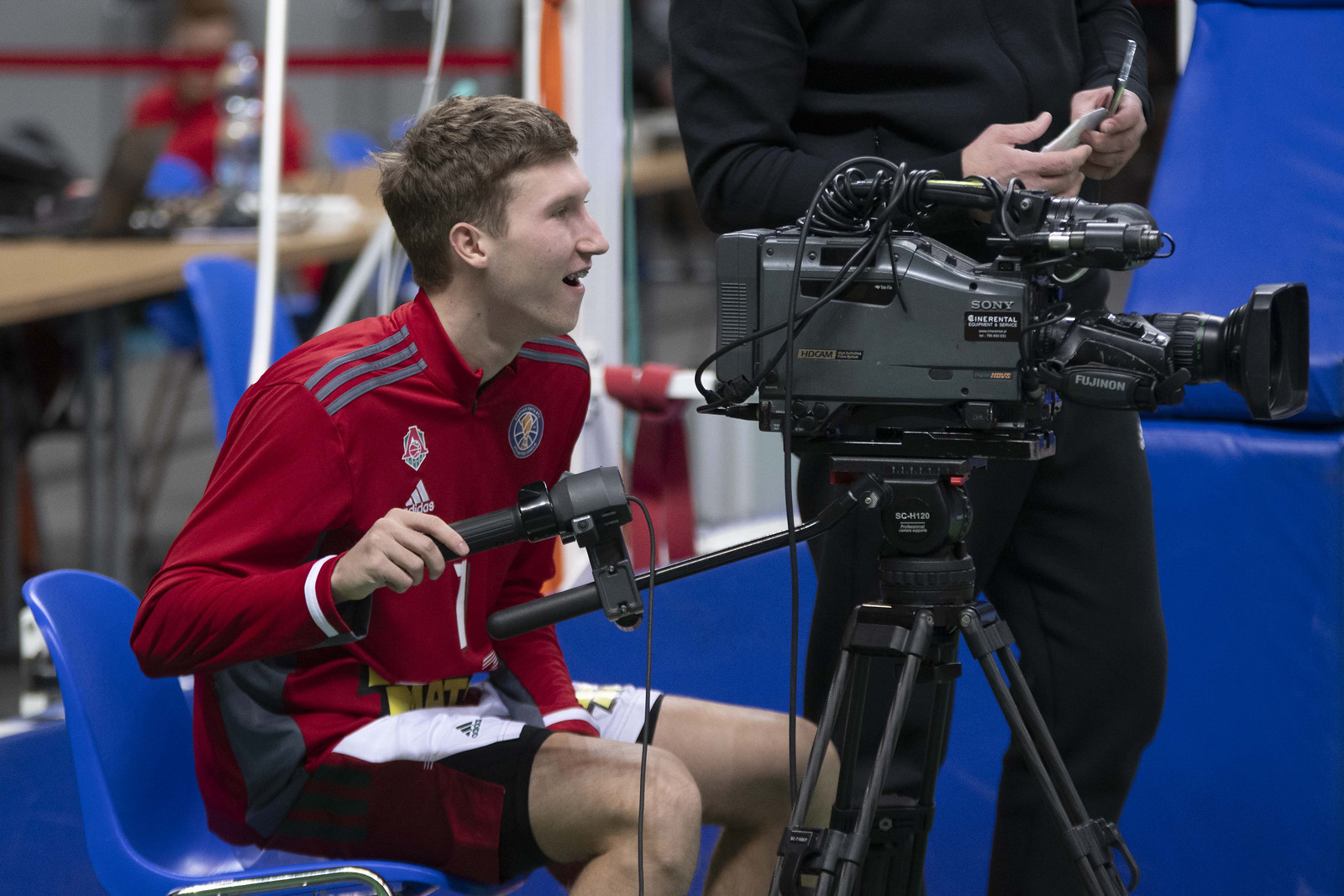 Aleksandr Shcherbenev from Loko can bring a trip to Poland to his stats: he managed to be an operator, and send a three-pointer to Zielona Gora rim. 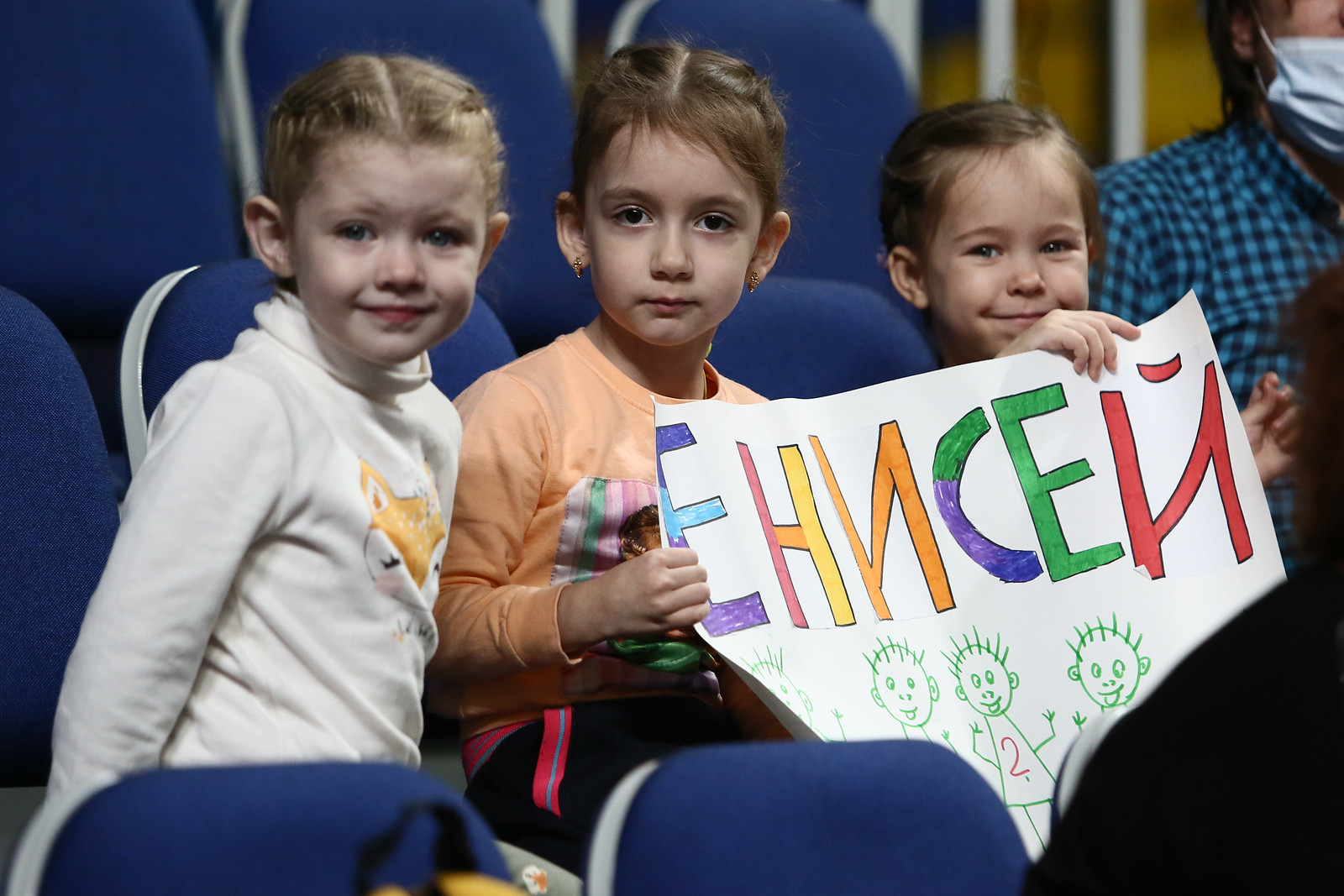 “For Enisey since childhood – these young fans from Krasnoyarsk will be able to say in a few years.