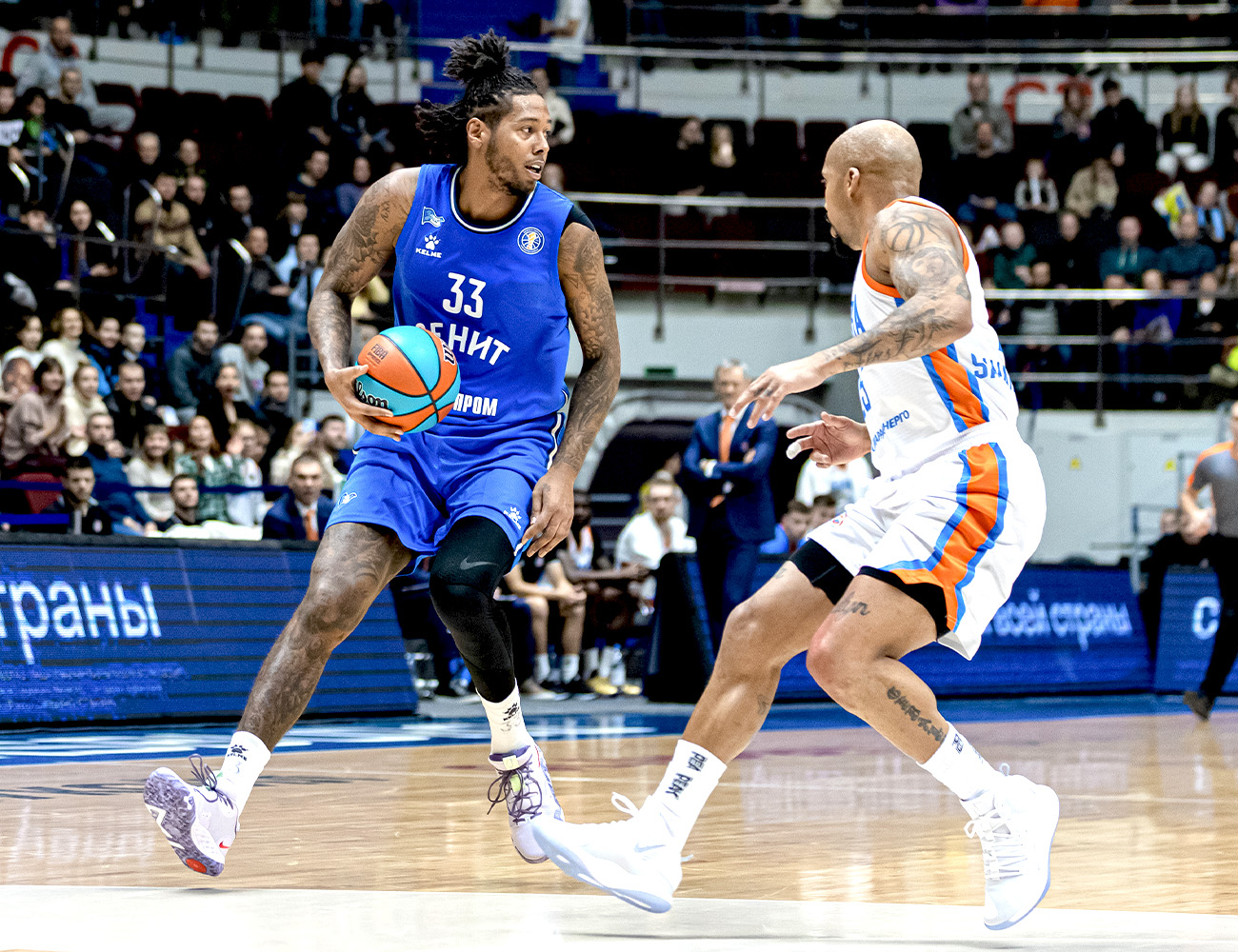 Game progress
The hosts had a 3-game winning streak, but Samara lost 3 of the last 4 games after a strong start and needed to win to make it to the top of the standings.
However, the St. Petersburg team controlled the start of the game. Trey Tompkins, Richard Solomon and Sergey Karasev provided Zenit with a 10:0 run in the first 2 minutes of the game. The hosts defense worked great – Samara scored their first 3 points only in the middle of the quarter. However, the Volga team managed to find the key to Zenit defense – James Ennis made the hosts to foul and scored 6 points in a row from the free-throw line. After Marcos Knight drive, Zenit lead almost disappeared — 18:15.

Although Zenit managed to keep the lead, the second quaerter game started tensely for the reigning champion. Jordan Theodore and Maksim Barashkov reduced the difference to a minimum – 23:22. For most of the second quarter, the guests pursued Zenit and only shortly before the halftime, a 11:2 run allowed the hosts to be calmer and Vitaly Fridzon summed up the first half with a three-point buzzer beater – 44:31.

In the third quarter, Zenit continued to increase the lead. For the rest of the time, the St. Petersburg team never allowed Samara to get closer. In the fourth quarter, Thomas Heurtel had a good segment and it helped Xavi Pascual team to led by 20 points. Zenit won the fourth game in a row and continues to pursiut UNICS, which is second in the standings.

Hero
Thomas Heurtel. The French guard demonstrated a real master class – 28 minutes on the floor he made an impressive double-double and was the leader in efficiency (24 points) and plus-minus (+30).

Numbers
14 assists by Thomas Heurtel is a new season high in the VTB League. At the same time, Heurtel made only 1 turnover.