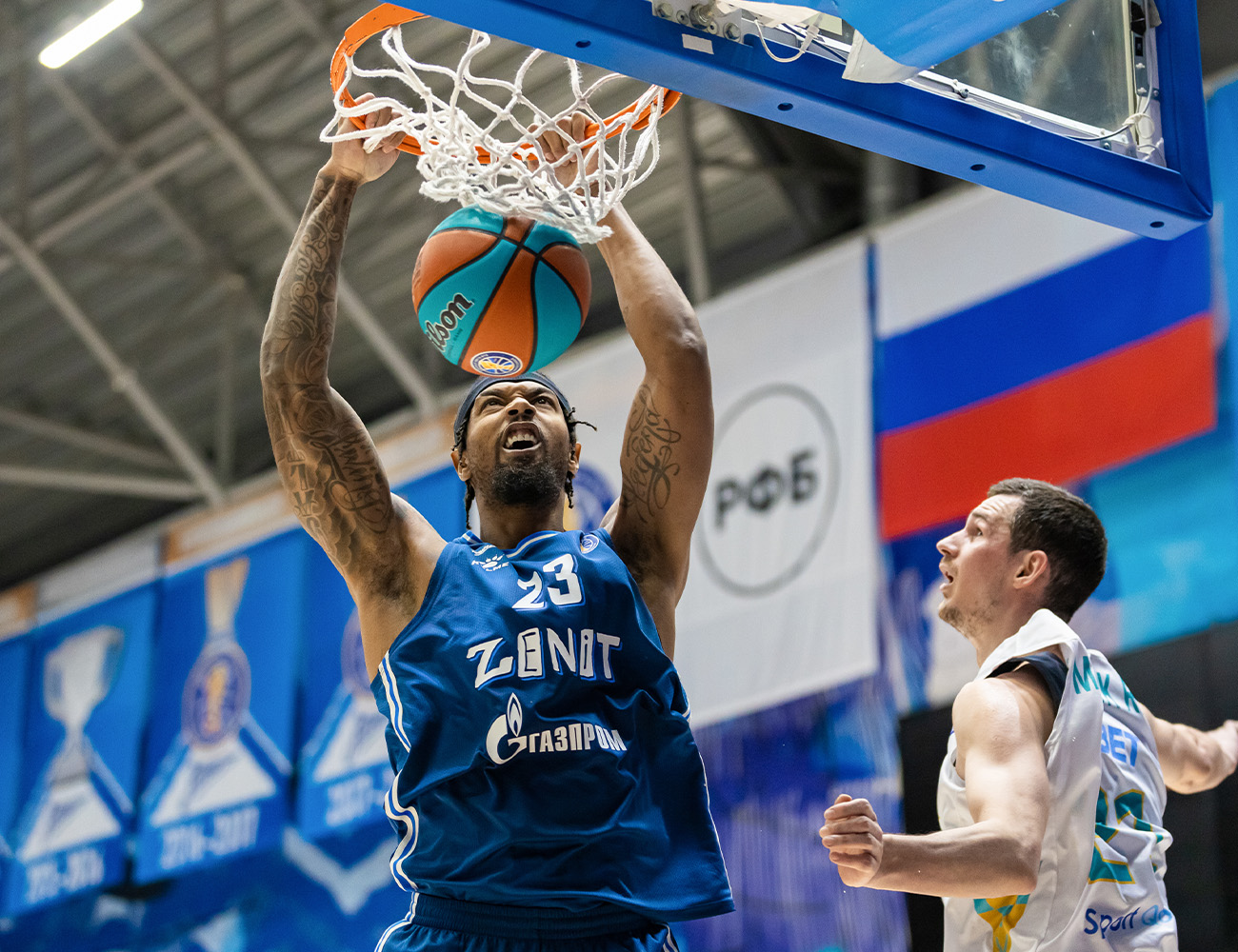 Game progress
Astana arrived in St. Petersburg with only one legionnaire. But in the first minutes of the game, the absence of the Kazakh team  leaders was not noticeable at all. Roman Marchuk, Daniil Aksenov and Michael Myers made shot kept the guests in the game. The reigning champion had only a minimal lead – 23:22.

However, already in the second quarter, the hosts still showed their class. The St. Petersburg team was led by Thomas Heurtel. He successfully scored and skillfully assisted teammates. With his bright play and Caleb Homesley and Trey Tompkins shots, Zenit’s lead by the halftime had already reached 18 points – 54:36.

The guests still gave hope for intrigue. The third quarter began with a 7-point run — 43:54. But the class of Zenit performers affected. The St. Petersburg team first turned on in defense, and then began to score. Heurtel and Joe Thomasson made shots returned the hosts a comfortable lead – 66:46. Astana players did not give up. But they did not have the strength and squad depth for a comeback. Even with bench players playing, the St. Petersburg team calmly held a double-digit lead and brought the game to a confident win.

Hero
Thomas Heurtel has once again proved the status of Zenit’s brightest player. His actions in the second quarter were the key to the hosts success. In total, the guard scored 16 points, had 6 assists and 4 steals.

What’s next
Zenit: home game against PARMA-PARI on December 8
Astana: road game versus MBA on December 7.