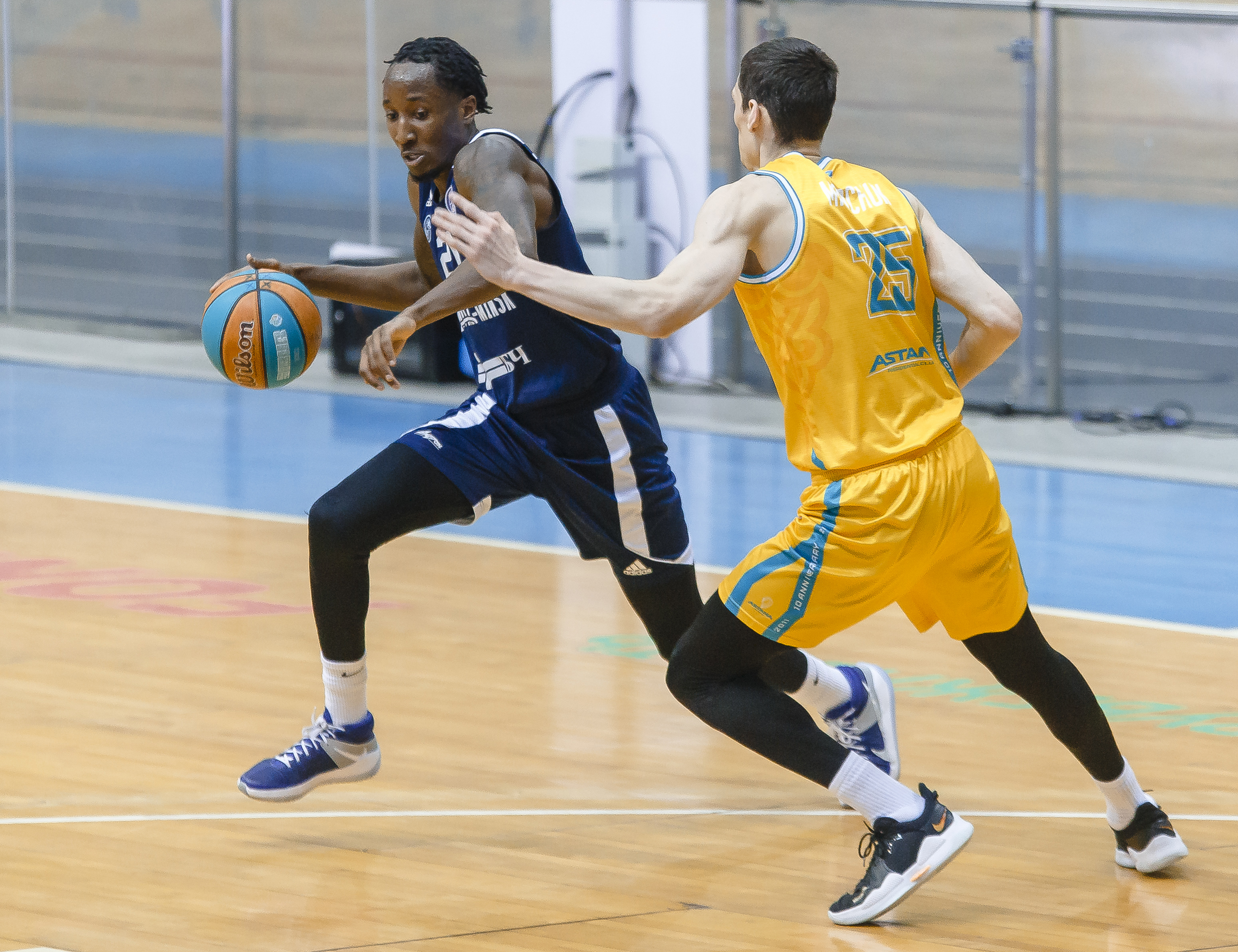 Story
For Tsmoki (2-21) this game had no tournament value – the team from Minsk remained in last place in the standings anyway. But Astana could oust Enisey from 11th place – provided that the Krasnoyarsk team would have lost to Kalev at home. Kazakhstan  looked like the favorite of this meeting, especially against the backdrop of Emil Rajkovikj’s return to the coaching bridge.

But it was Tsmoki that dominated the first half of this game. The Minskers started the meeting with an 11-0 run, and Astana scored its first points 3 minutes after the start. By the middle of the first quarter, the guests from Belarus broke away by “+16” – 19:3.

Kris Clyburn and Uladzislau Bliznyuk became the leaders of Tsmoki’s offense in the starting 10-minute. Guards duo scored 17 points for two – the same as the whole of Astana in a quarter.

At the beginning of the second 10 minutes, it seemed that the owners of the parquet had found their own playing rhythm – only “+8” remained from Tsmoki’s advantage. But the guests quickly regained a double-digit advantage, and after an interception and a quick break by Toms Leimanis, the scoreboard recorded the maximum difference in the score – 22:40. The rest of the second quarter became the time of Kris Clyburn: the guard scored 17 points and helped the Minsk team escape to +24 – this is how many Tsmoki have not won this season yet.

After a big break, the Belarusian team focused on keeping the lead until the final buzzer. But Astana was not going to give up: thanks to the efforts of Jeremiah Hill, Ojars Silins and Dmitry Gavrilov, the hosts got 8-points away.

Key moment
But when it seemed that Astana had completely taken control of the game, Tsmoki organized a 12-0 spurt at the start of the last quarter. This spurt was initiated by Benjamin-Pavel Dodoo, who scored 8 points in this period.

Again losing more than 20 points, “Astana” took a time-out, but in the first possession after a minute’s pause they turned it over, and Kris Clyburn, who issued an interception, punished the opponents with a quick break. In the remaining time, Tsmoki managed to retain the advantage and brought matters to victory – the first since January this year.

Minsk broke their 13-game losing streak. Due to this defeat, Astana finished the regular season in 12th place.

Hero
Benjamin-Pavel Dodoo. The forward did not become the top scorer in the meeting (Kris Clyburn has 33 points), but it was he who started Tsmoki-Minsk’s key breakthrough at the junction of the third and fourth quarters. Dodoo finished with 20 points, 5 assists and 3 rebounds.

Stat
15 – number of threes scored by Tsmoki. This is their season-high.

Comments
Astana head coach Emil Rajkovikj:
– I would like to congratulate Tsmoki-Minsk on the victory. They were better tonight and played with more energy. However, we were unable to keep the pace of the game and physically were not in optimal shape. It’s unpleasant to lose in the last game in the VTB League as the head coach of Astana. This season has been difficult, but the best part is that the local basketball players have significantly improved their level of play. Thank you very much and wish you all the best!

Tsmoki-Minsk head coach Rostislav Vergun:
– A difficult season for both teams is over. We represent what our opponent had to go through. Our season was also extremely difficult, it was not possible to realize what we had in mind. Today we wanted more of this victory, and I am very glad that the guys managed to materialize their energy into efficient basketball. In terms of efficiency, this game was the best of the season. I wish good luck to Emil Rajkovikj and his team. Hope we meet next season. 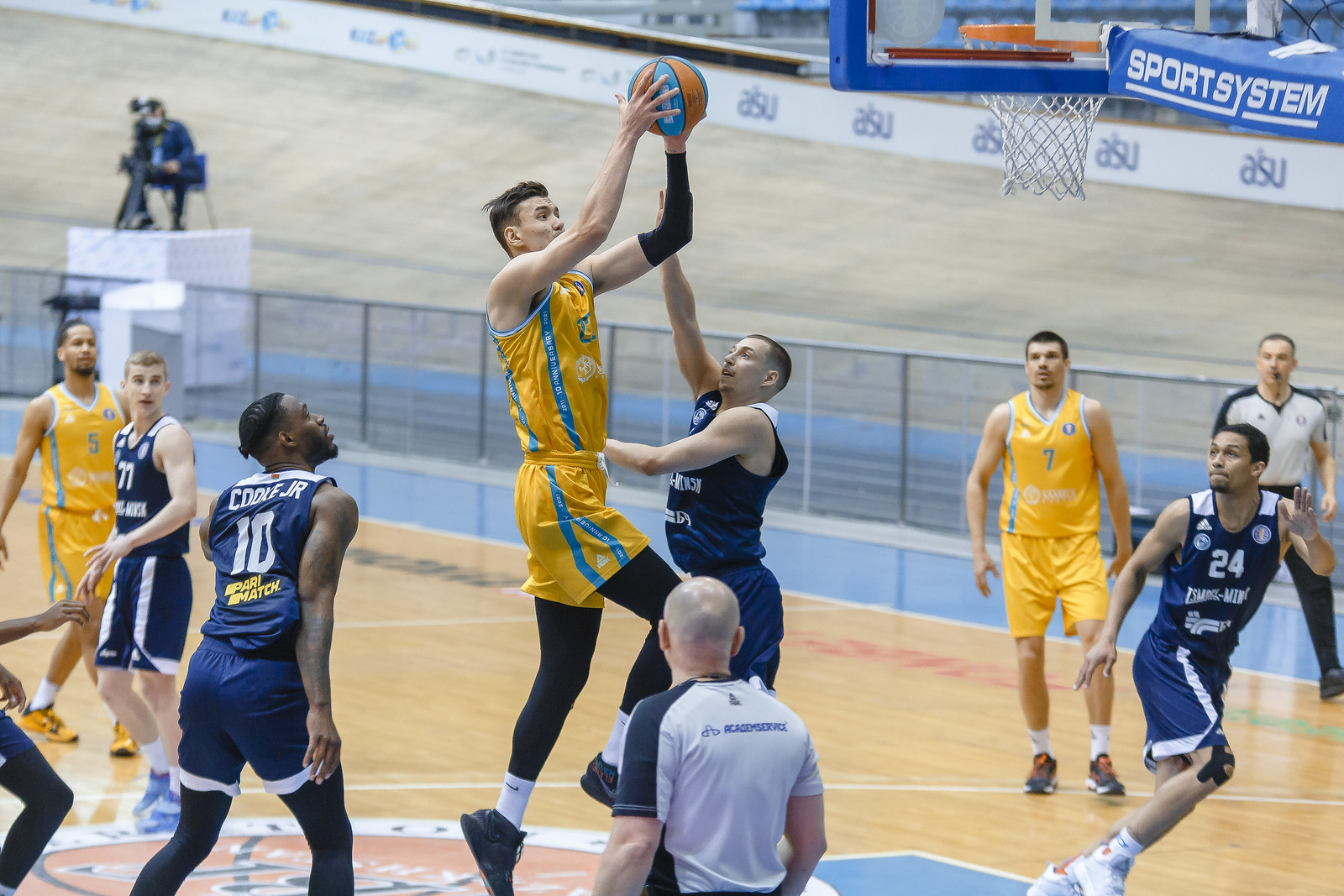