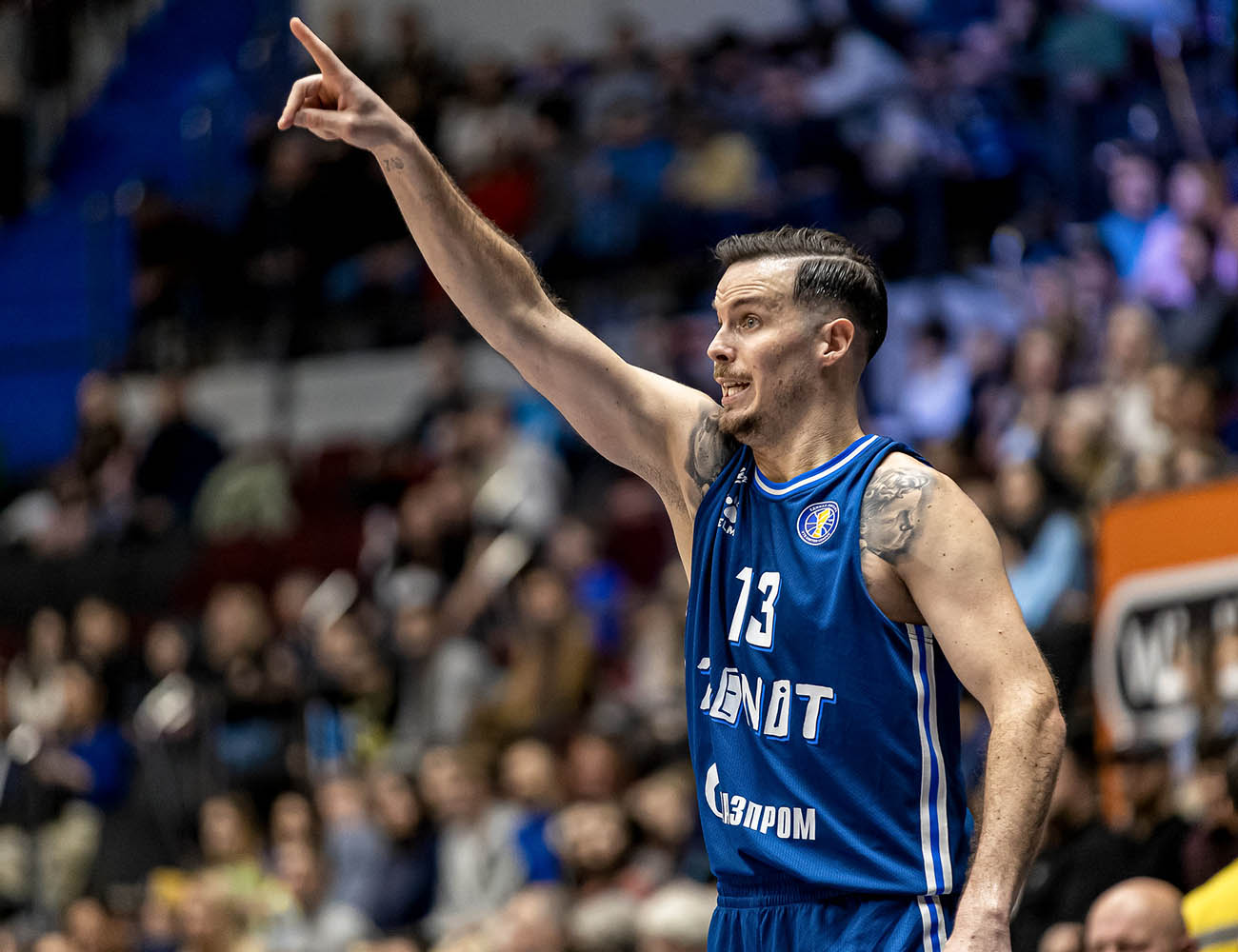 Thomas Heurtel is one of the brightest players of the VTB League this season. Zenit guard leads the League in assists and his plays get into the Top 10.

In his first interview in Russia to Above the Rim, the French guard talked about the reasons for joining the St. Petersburg team, named the most dangerous players of the League and emphasized that he is ready for the All-Star Game as part of the Old School team.

«I must always be the best»
Who is Thomas Heurtel? In fact, nothing unusual, a simple guy who loves to play basketball and wants to win, make the right decisions for his career. That’s why I came to Zenit.

I really like to compete, a gambling person. No matter what, I must always be the best and win. To do this, I am ready to work, train a lot and make results. You can say that I am a perfectionist. I don’t know if it’s in all aspects of life, but definitely in basketball.

In general, I play with my instinct, not head. Although now, with the acquired experience, I began to think much more during the game. While was young, I took too many risks, played without my head and this bothered sometimes.

«Give me your shorts»
At the World Cup 2014 we had a very young team – the French national team lacked guys like Tony Parker and Nando de Colo. It was a difficult quarterfinal game against Spain and at the end came the crucial moment: I got the ball and made a three. We won, and the commentator was so happy that he shouted a catch phrase – «Give me your shorts.»

I can’t say exactly what this means, it’s just that the commentator expressed his emotions in this way. Two years later, he opened his own hotel in the southern France. My shorts and T-shirt are hanging at the entrance, framed.

«CSKA winning streak can be ended at any moment»
I really like such a tight schedule, because I prefer to play rather than train. I think every player agrees with me on this. Although, it can be hard sometimes, especially in Russia. There are very long flights. This is not Europe, where everything is close and where we have always flown by charter. In Zenit, we are not always given charters and flights are very long. So sometimes it can be difficult to recover and prepare for the games.

But games like against CSKA charge the team – the coaches don’t need to do anything special to set us up. CSKA has not lost this season yet, and this adds to the special desire to beat them. Their winning streak can be ended at any moment.

Joined Zenit because of Pascual
I moved to Zenit because of Xavi Pascual, as he is a coach I have known for a long time. He worked at Barcelona and we crossed paths a lot. Xavi is a man who understands basketball very well and is one of the best coaches in Europe at the moment in my opinion. I think he and I have the same game vision, a similar philosophy. Also, what is especially important to me, Xavi is an honest and decent person. It’s hard to find someone like him in basketball. Any player who has worked with Pascual will confirm this. Of course, I came to Zenit not only because of the coach, but Xavi figure was decisive. 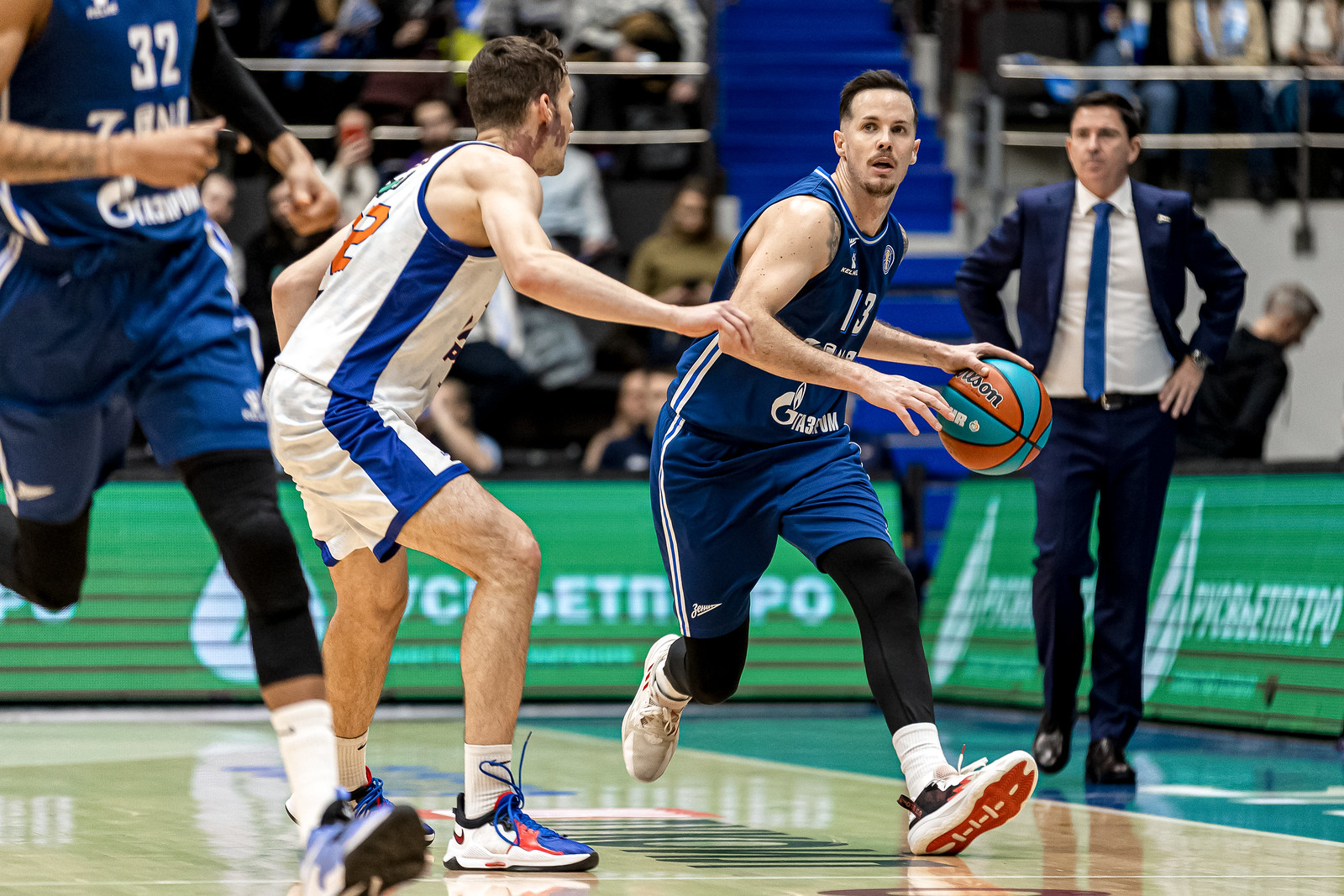 «I am excited for the All-Star Game»
I have played in 4 different countries and the VTB League has a very tough basketball. From a tactical point of view, this League may be inferior to Spain for example, but there are pros and cons everywhere. The VTB League is a very worthy, this is a fact.

The most difficult thing here is to defend against Alexey Shved and Daryl Macon. These are 2 Euroleague-level players: fast, creative offensively, can cause a lot of problems.

I got an invitation to play in the All-Star Game. Considering my passion, I will be happy to play there. In Spain, for example, they do not have All-Star Games. I heard from the guys that the organisation here is at the highest level, so I’m looking forward to it. By the way, today I found out that I will be able to take part in the Three-Point Contest.

The VTB United League All-Star Game will be at VTB Arena on February 19 in Moscow. You can buy tickets on the website https://tickets.vtb-league.com/