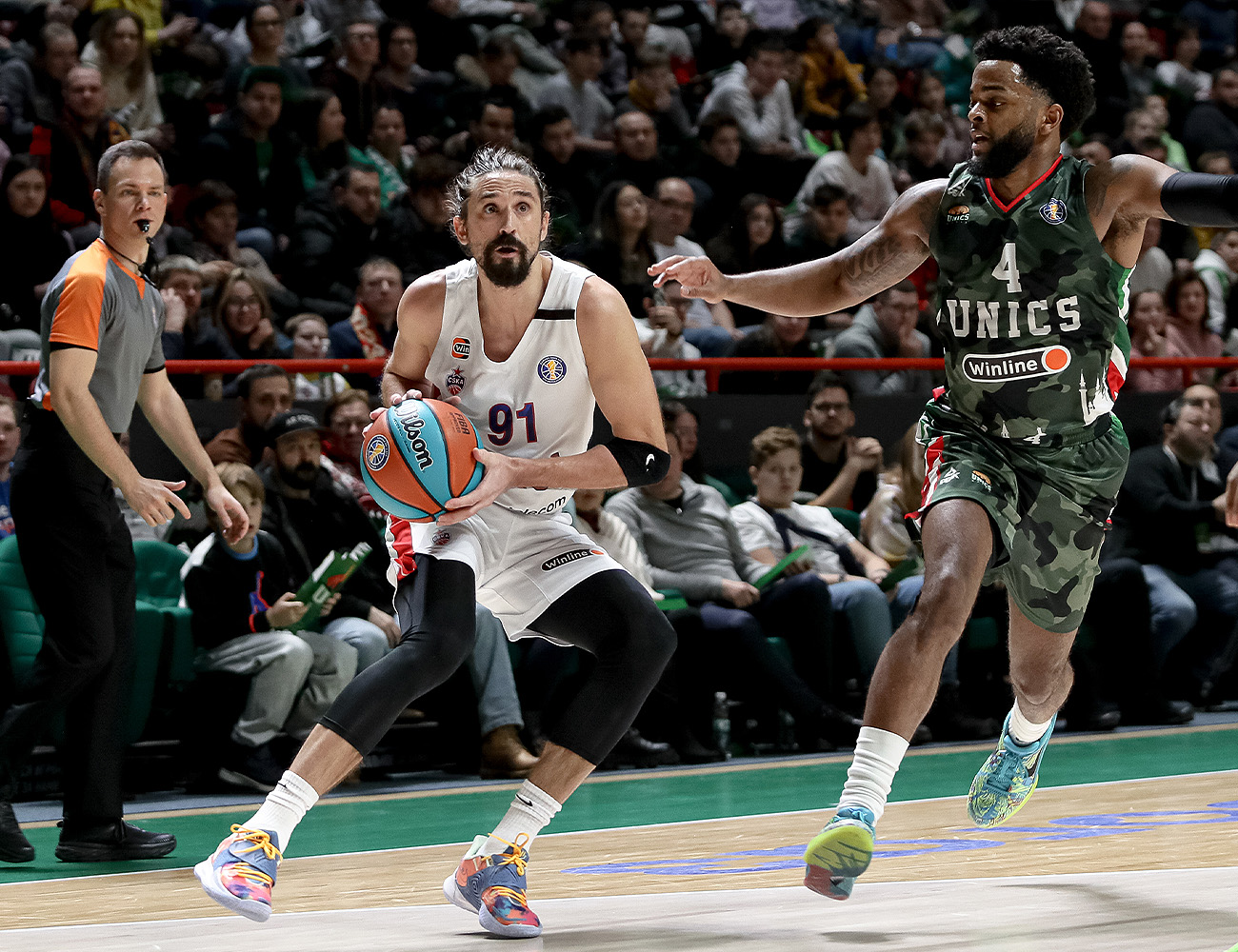 The head of the VTB United League Referee Department Nikolaos Pitilkas explained the rules regarding the use of the Instant Replay System for referees (IRS) and coaches challenges using the example of the ending of UNICS – CSKA game:

– The League games are played under strict accordance with FIBA Official Basketball Rules. The following procedure should be applied for the Head Coach’s challenge:
The Head Coach can request only one challenge per game. The subject of the challenge can only be the game situations from Appendix F3 described below.

The possibility of using the IRS or the coaching challenge in relation to viewing the presence or absence of a foul is not provided by the rules. In the episode in the last seconds of overtime in UNICS-CSKA game, the referees did the right thing – in accordance with FIBA Official Basketball Rules.

According to Appendix F of the FIBA Official Basketball Rules, referees can use the IRS (Instant Replay System) only in the following cases:

1) Whether the ball was released after shot before the game clock sounded the end of the quarter or overtime.

3) When the game clock shows 2:00 minutes or less in the fourth quarter and each overtime:
— Whether a shot for a successful goal was released before the shot clock signal sounded.
— When a foul was committed away from a shooting situation
— Whether a goaltending or basket interference violation was called correctly
— Whether the ball was still in the hand(s) of the shooter when the foul was committed by a team-mate of the shooter.

5) To identify the player who has caused the ball to go out-of-bounds.

6) At any time during the game,
— Whether the successful goal was released from the 2- or 3-point area.
— Whether 2 or 3 free throws shall be awarded, after a foul was committed on a shooter for an unsuccessful goal.
— Whether a personal, unsportsmanlike or disqualifying foul met the criteria for such a foul or shall be upgraded or downgraded or shall be considered as a technical foul.
— After a malfunction of the game clock or the shot clock occurs, on how much time the clock(s) shall be corrected.
— To identify the correct free-throw shooter.
— To identify the involvement of players and persons permitted to sit on the team benches during any act of violence or potential act of violence.