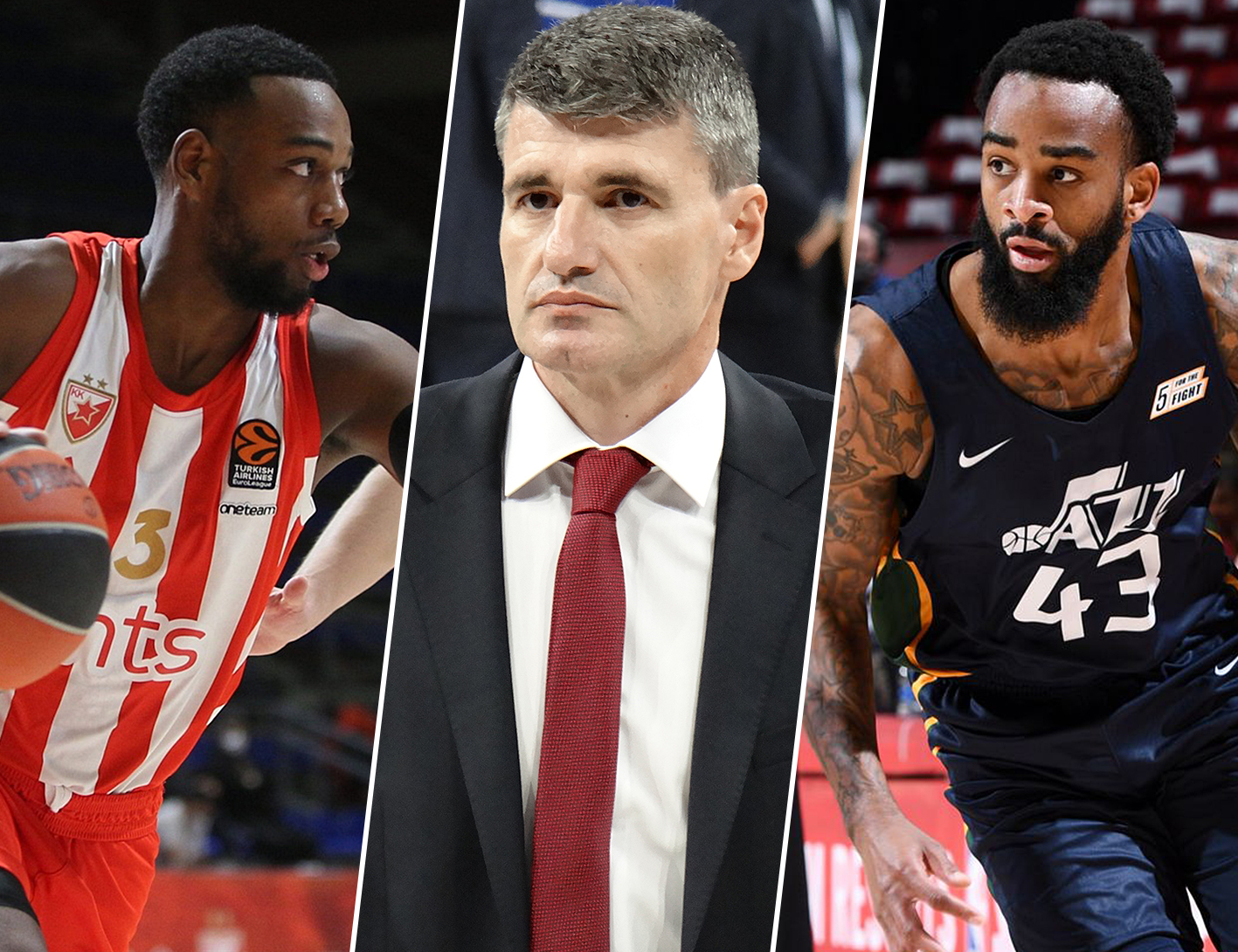 Beautiful summer days fly by unnoticed, the best time of the year is gradually approaching the equator. The off-season is also gaining momentum – some teams have already managed to significantly strengthen their lineups. We are going to tell you about the first newcomers of the League. 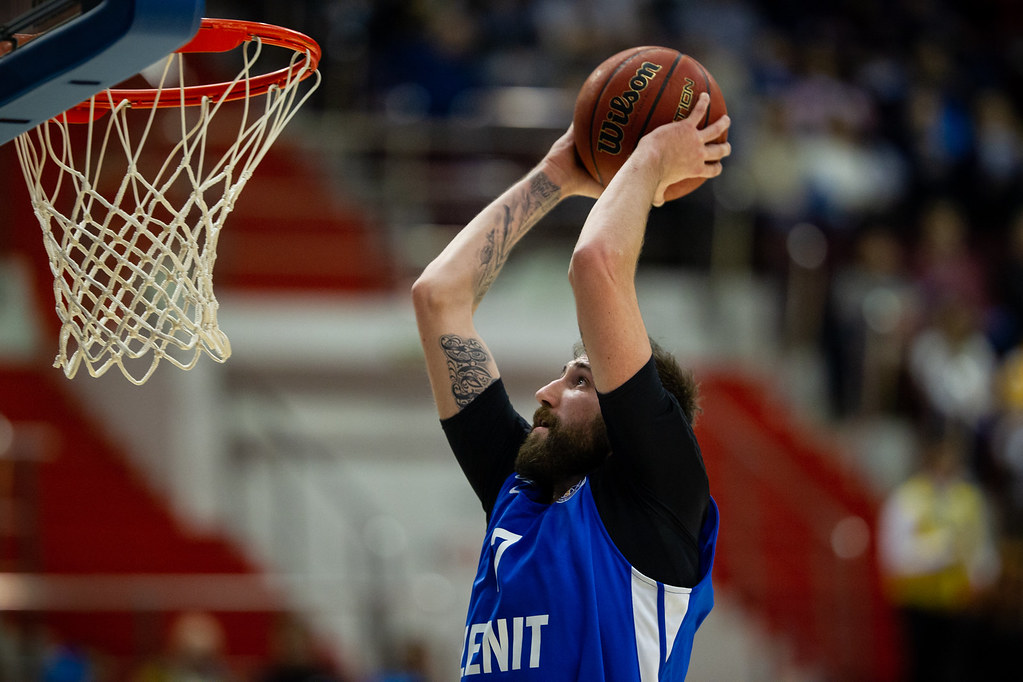 The most active club of the 2021 off-season so far is Zenit. St. Petersburg squad, who lacked the depth of the roster at the end of their best season in the club’s history, extend the contracts with the leading players of the rotation (Mateusz Ponitka, Alex Poythress, Arturas Gudaitis, Billy Baron) and strengthen the bench. Although the first recruit Jordan Loyd definitely claims a more important role, primarily in the offense. The American guard is sharpened for attacking the rim and most of all likes to hit the target in passes, where due to his athleticism, speed and dexterity, he repeatedly makes his way to the basket or finds himself on the free throw line. In the last Euroleague season, the ex-Crvena Zvezda player scored 17.3 points per game. Jordan’s three-pointer works more according to his mood, but his passing option is activated more easily (3.2 assists in the Euroleague). Zenit was looking for a stable scorer among free agents and a 27-year-old American has a good chance to solve this important issue.

Connor Frankamp is also should increase offensive potential of the blue-white-blue team. In the Spanish championship, Conner became the fifth in points per game (15.7), while Zenit coaching staff see him more as the playmaker (3.5 assists), which is extremely important for the team regardless of the outcome of the situation with Kevin Pangos, who may leave St. Petersburg this summer (a backup will also not hurt the Canadian guard).

Mindaugas Kuzminskas, who is well known to the fans of the League, also claims for more minutes and the trust of the coach. The Lithuanian player is able to close both forward positions, is useful on switches, works against point guards and dangerous from a distance.  Another internal top acquisition is the signing of the star bigman Jordan Mickey, who claimed the title of MVP of the last season in Khimki.

Russian players Sergey Karasev and Dmitry Kulagin are returning to Zenit. There is a hope that Russian they will be able to return to the top level that they demonstrated in the Northern capital.

This is not the first time that Loko is going through a serious restructuring of the team. Krasnodar team has already demonstrated the art of finding perspective players to replace the departed leaders. One of the stars of the new  Loko will be Greg Whittington. This agile and energetic power forward willingly supports fastbreaks. Another nice feature of Greg is a stable 3-point shot  (48.4% in the EuroCup for Galatasaray). Whittington’s style of play  fits into the dashing model of the team and also allows to hope for compatibility with the dominant Alan Williams in the paint. Krasnodar team gets a player who is greedy for wins (his first words after the signing: “I want to satisfy the champion hunger together with Loko!) with a skill set that fully meets modern requirements for the power forwards.

Another newcomer who has every chance to become a leader of the Krasnodar team is Darius Thompson. He spent last two seasons at Brindisi ,but clearly outgrew this Italian team and froze in anticipation of reaching a new level (he was called not only to Krasnodar). Darius is a combo guard who knows how to activate teammates and is able to solve issues on both ends himself. Like the previous hero, he feels great in the fastbreaks and has leadership skills.

Finally, Stanton Kidd became the third newcomer in the ensemble of Loko. This man with a basketball surname attracted Krasnodar club back in 2018, when his Darushafaka defeated Kuban team in the memorable final of the EuroCup. An athletic and versatile swingman does not pull the blanket over himself, performs a large amount of work on both ends of the court, is able to defend the perimeter and at the same time throw a 3-point into someone else’s basket. Well, as you guessed, he likes fastbreaks, which very often ends with spectacular dunks. Every coach wants to see such player at the team.

Vladislav Trushkin moved to Kuban after three seasons with Zenit. A two-time VTB League All-Star Game player (2017, 2020), the versatile forward should take a huge place in the red-green roster.

For some teams, the process of roster building was complicated by the absence of a head coach, who also takes the functions of a GM in the off-season . After all, the players are selected taking into account the wishes of the coach, and serious performers also choose teams, not least based on the figure of the coach.

In his fourth year in Kazan, Dimitris Priftis achieved maximum results, leading UNICS to both finals and returning Kazan team to the Euroleague. The last fact leaves no other choice: the white-green will not do this summer with a point reinforcement. At the same time, Dimitrios himself slowed down an important process when he began to choose between Kazan team and the offer from Panathinaikos. The Greek, after a couple of weeks of reflection, still decided to return to his homeland, and UNICS lost time and was left with the need to find a new head coach. But the management worked quickly: a couple of days after the departure of Priftis to Athens, the appointment of Velimir Perasovic was announced.

Perasovic’s track record is well known: working in his native Croatian national team, winning the EuroCup with Valencia ,several seasons in the Euroleague, including Anadolu Efes and Baskonia, which was the coach’s last club until December 2019. The basketball virtues preached by Perasovich are in many ways similar to those Priftis valued above all: clear organization, discipline, effort on defense. Kazan hopes that new coach will be able to solve problems at the highest level. Last season was generally successful, but in the final series, UNICS hit the ceiling and did not meet expectations. A rested Perasovich should get to work with zeal and try to transform the sublimated energy with experience into the desired results. Sitting out of work for another couple of years is probably not part of the coach’s plans.

The main achievements of the Kazan team in the market have been the preservation of a system-forming player, Mr. Lockdown of last season, John Brown III, and one of the key offensive players  Isiah Kanaan . There are three new signings so far. Vyacheslav Zaitsev, who has spent the last five years in Khimki, will strengthen the white-green defensive force and will not get lost in the offense. Artem Komolov, who came from Nizhny Novgorod, is called upon to strengthen the white-green sniper squad. Another ex-player of Nizhny Novgorod Andrey Vorontsevich returns to the Euroleague and the fight for prizes in UNICS. The captain of the national team definitely did not say the last word in basketball and it will be very interesting to watch him in Kazan.

Two days after the final third game of the final series against UNICS and winning the trophy, CSKA held a top transfer, which so far can be called the best in the off-season: the Lithuanian national team player Marius Grigonis was signed for 3 years. It is difficult to find weaknesses in this guard. In the last Euroleague season, he scored an average of 13.9 points, shooting 45.6% from behind the arc and 94.4% from the free throw line, brought benefits in the offence (3.2 assists) and was never noticed for shirking from performing defensive functions. Marius was noted for several memorable buzzer  beaters and was recognized by the Euroleague as the player of the month. In general, an ambitious player has been taken to a problematic position in the prime of his career, who fully suits the club both in terms of playing and moral and volitional qualities. Bingo.

The continuation of the signings have not happened yet. After the deal with Grigonis, CSKA focused on retaining players with expired contracts: Johannes Voigtmann, Nikita Kurbanov, Ivan Ukhov, Semyon Antonov and Iffe Lundberg (they extended the agreement with Dimitrios Itoudis during the 2020/21 season) remain Army players. However, spot hits from the red-blue ones will probably still happen. Perhaps as early as August, when the NBA free agents market opens.

Sensational victories, an excellent game and a breakthrough overall performance of Zielona Gora last season paradoxically prevented the team from ending the playing year. In February, the club parted ways with the undisputed leader Iffe Lundberg (a little earlier, Marcel Ponitka moved to PARMA). According to the architect of the Polish success, Jan Tabak, he also received several offers during the season, including one from the Euroleague club. The Croat decided to finalize the contract until the end, but in the off-season he still went to the Spanish league.

Zielona Gora used the same principle and lured Oliver Vidin from Shlensk – the Serb had just led the team to third place in the Polish championship. This coach started his career at the age of 22, for more than two decades of his work, he won Slovakia (2010, 2017) and Finland (2016) championships. Vidin’s winning experience and desire to prove himself at a new level will be very necessary for the Pole team, who will have to rebuild the team and look for new top players on the market. o the expectations of the club and its fans after the 2020/21 season are high.

Emil Rajkovij became the coach of the year in the VTB League in 2019, but the Macedonian specialist failed to build the success in that season for Astana. Now Darko Russo will work with the champion of Kazakhstan. A distinctive feature of the Serb is his readiness for radical changes of scenery. This basketball adventurer began his career as a coach back in 1994, heading Beobank . He stayed at the Belgrade club for five seasons, simultaneously working at the headquarters of the Yugoslav national team (silver at the 1996 Olympics in Atlanta, gold at the 1998 World Championship in Athens, third place at the 1999 European Championship in Paris). But after that, Darko did not sit still, having managed to work in Greece, Bosnia and Herzegovina, Ukraine and Austria.

After two years in the basketball camp of Milos Teodosic, Russo responded to the offer to lead the Bahrain national team in 2019 and became the bronze medalist of the championship of the Arab states of the Persian Gulf.

Bahrain was not the only place where Darko gave a result – his teams invariably reached the playoffs and final series, rose to the elite division or fought in the finals of national cups. Now fate has brought Russo to Kazakhstan, where he will try to extend this series.