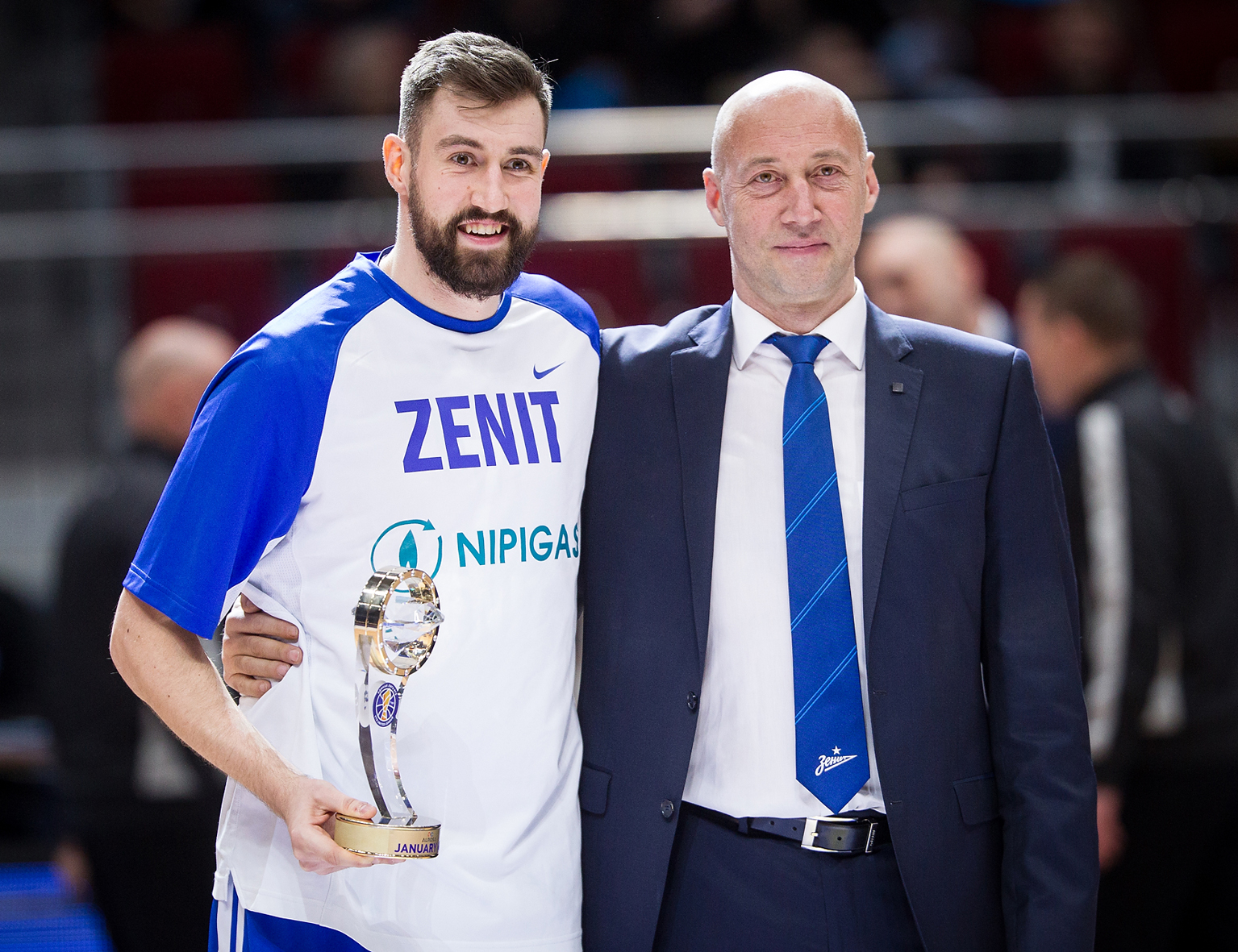 The MVP award is presented by ALROSA, a world leader in the diamond industry and Russia’s leading diamond maker. Like a diamond, the MVP has to meet the highest standards in every aspect of the game.

TASS news agency is the official media partner of the MVP award.

Zenit went 3-0 in January, defeating Tsmoki-Minsk, CSKA and PARMA. In the win over Moscow, Karasev was the primary threat on offense for Zenit, recording 23 points to go with seven rebounds, two steals and a 23 efficiency rating.

– Thank you to the VTB United League for this award. January was a very good month for us, – noted Sergey Karasev. – We picked up wins, including a very important game against CSKA in front of our own fans. We demonstrated good basketball and also showed that we’re growing as a team and moving in the right direction. No question, I want to say a huge thank you to my teammates and the coaching staff. It’s because of them above all that I could win the MVP. I don’t like to hog the ball. I always try to help the team, which is why at least 50% of the credit for this award belongs to my teammates.