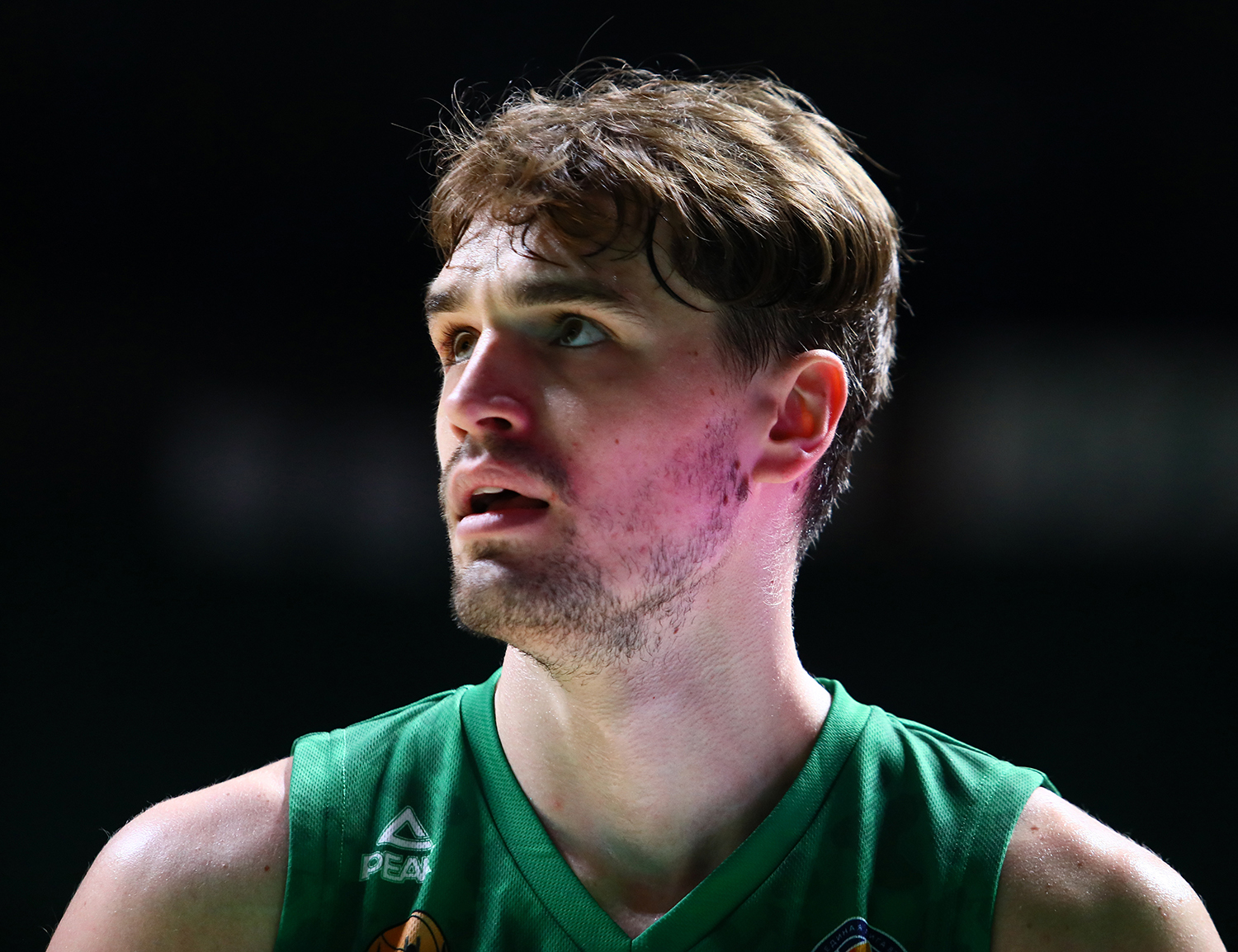 UNICS leader Mario Hezonja gave an interview to the “Above the rim”. In it, the Croatian forward talks about the transition to the Kazan team, adaptation in Russia, about his Instagram account and plans after his career.

– Mario, in one of the previous interviews you said that the fact that the team is headed by Velimir Perasovic was decisive in the transfer to UNICS. Why?
– Me and him have known each other for a long time. He coached me in the Croatian national team. And besides, he was an incredible player. I don’t know how much other people understand how good Perasovic was as a player. For exampole, he became the top scorer of the Spanish League several times – the best league in Europe. I think he’s a great fit for me. We have a similar playing style. Perasovic is an excellent coach and psychologist. Well, the fact that we are compatriots also played a role, because I have no one here in Russia. So it was a very easy decision. I didn’t think much about it. Of course, the situation with Panathinaikos was not easy. Pao is my favorite team, after returning to Europe I played for them. But we did not manage to extend our cooperation. So the UNICS option was the best solution.

– Do you communicate with the coach off the court?
– No. I’m just not a particularly sociable person: meeting someone, spending time together is not about me at all. But we speak the same language, that’s more than enough. Well, the coach and I sometimes see each other for 10 hours a day: training, games, flights.

– You said that Pao is your favorite team. How did it happen?
– The Panathinaikos team color is green. This is my favorite color. It was a long time ago, it seems, in 2011, when Barcelona hosted the Final Four, Montepaschi, Real Madrid, Maccabi and Panathinaikos played there. Of course, a whole bunch of fans came to support Pao. That was the first time I saw them live. Not only the Greek fans, but also the rest, there were unrealistically many of them. That’s when I got into the Final Four atmosphere, I realized how big this event is. I was playing in Zagreb at the time and we won the junior Euroleague. During the halftime of the final between Panathinaikos and Real Madrid, we were handed a trophy. After that, all my teammates returned to their seats, and I just went to the Pao fan sector and stayed there. And the most ardent fans who follow the team everywhere even remembered me and then, when I moved to Barcelona, they didn’t touch me. In Greece, everyone was throwed with some things, but I was not. Mario only got hugs. From year to year, our connection grew stronger. I have followed and continue to follow the football and basketball Panathinaikos. And I remained close to the Greek fans. Even in the NBA, I constantly talked about them in interviews, communicated with them on social networks. Well, when I found myself in Greece, I got into the epicenter of their support. It’s a great honor for me. We have mutual love with Pao.

– You have been in Russia for several months. How is the adaptation going?
– Adaptation is going well. I like everything. Although it’s definitely different here. What exactly? Well, take at least your customs. I just can’t stand it. I want to go to Sheremetyevo right now and… say bad words to them. Nothing can be ordered here from abroad. I’m not ordering bombs, but clothes, for example. I’m not a criminal, I play basketball. So why are there such problems all the time? 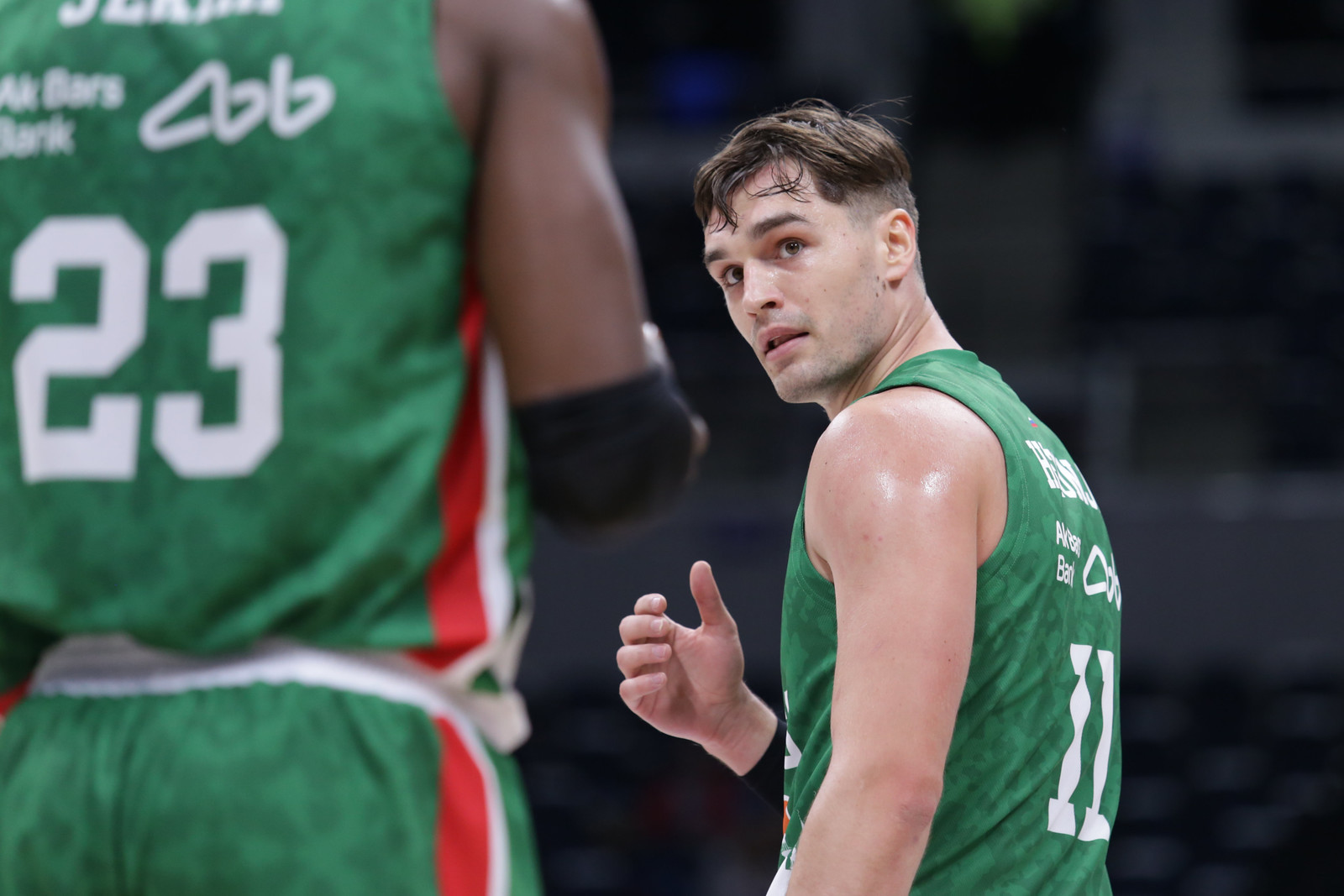 If I were a Russian customs officer, I would probably also guard my country so hard. So I see this situation only from my position. But they are difficult to deal with. Everything is only in Russian. I can read a little, I know the letters, but still… Don’t create problems for people who aren’t trying to create them for you.

In fact, everything else is very good! (laughs) I like everything. Especially the food — that’s what I didn’t expect from Kazan. Chak-chak? No, I haven’t tried it. Neither chak-chak, nor borsch. I didn’t eat anything from traditional dishes. It’s not that I’m afraid of anything – I’m not afraid of anything at all — I just didn’t have the time and opportunity to try. I go and eat where I like, there is no time for experiments.

– Well, you must have at least some difficulties. After all, a foreigner in Russia…
– I understand a little Russian, so I don’t have a language barrier as such. But no one speaks English here at all. But it’s also only from my position that everything looks like this. Moscow is an international city. And in Kazan… I still don’t understand how you can work in a hotel or in a restaurant in Kazan, American music is playing in your speakers, and you don’t know the language at all. It seems strange to me.

But if you look at the situation from the other side… here I am a Russian, I live in Russia — the largest country in the world. Why would I even speak to someone in English when I have enough Russian.

Well, you see, I’m protecting them now (laughs). It turns out that they are right, and I am not. I need to learn Russian. To understand others or to order something. There is nothing like that in it. I would do exactly the same.

– You came to Kazan in a T-shirt with the inscription “Give me the ball and get out of the way.” There is an obscene word on it. There were no consequences?
– Because of this T-shirt, the coach was very angry on me. He decided that I was sending a message to the team in this way. But in fact, it was the only T-shirt of my size at my home in Croatia. I didn’t live there, so there were no clothes! I explained to him, and he said to me: “Yes, yes, yes. Did you try to send us a message?” So nothing special, no hidden meaning. But I like this T-shirt.

– What does an ordinary Mario Hezonja day look like?
– I get up, open the curtains, let the light into the apartment. Then I have meditation and yoga. Then the training. I spend a lot of time here in the arena. Then I’m going to lunch. Well, or get a takeaway. And I’m going to rest in the apartment. Wait for the next workout or game. Well, definitely a sleep. Lots of sleep.

– And what do you do in your free time? Maybe you go to the movie theaters?
– I don’t go to the movie theaters. I don’t do anything like that. Everything that is normal for you is not normal for me (laughs). When you’re a professional athlete, you have to be selfish. I need to take care of my body, give it a rest, prepare physically and psychologically. And it all takes time. This is professionalism, routine, you might say. I understand that I’m losing a lot. Yes, your life is ten times more interesting now than mine, I have no doubt. But to achieve something, you need to sacrifice something. So I don’t have time to socialize with people, go for a walk, go to the movies, none of that. 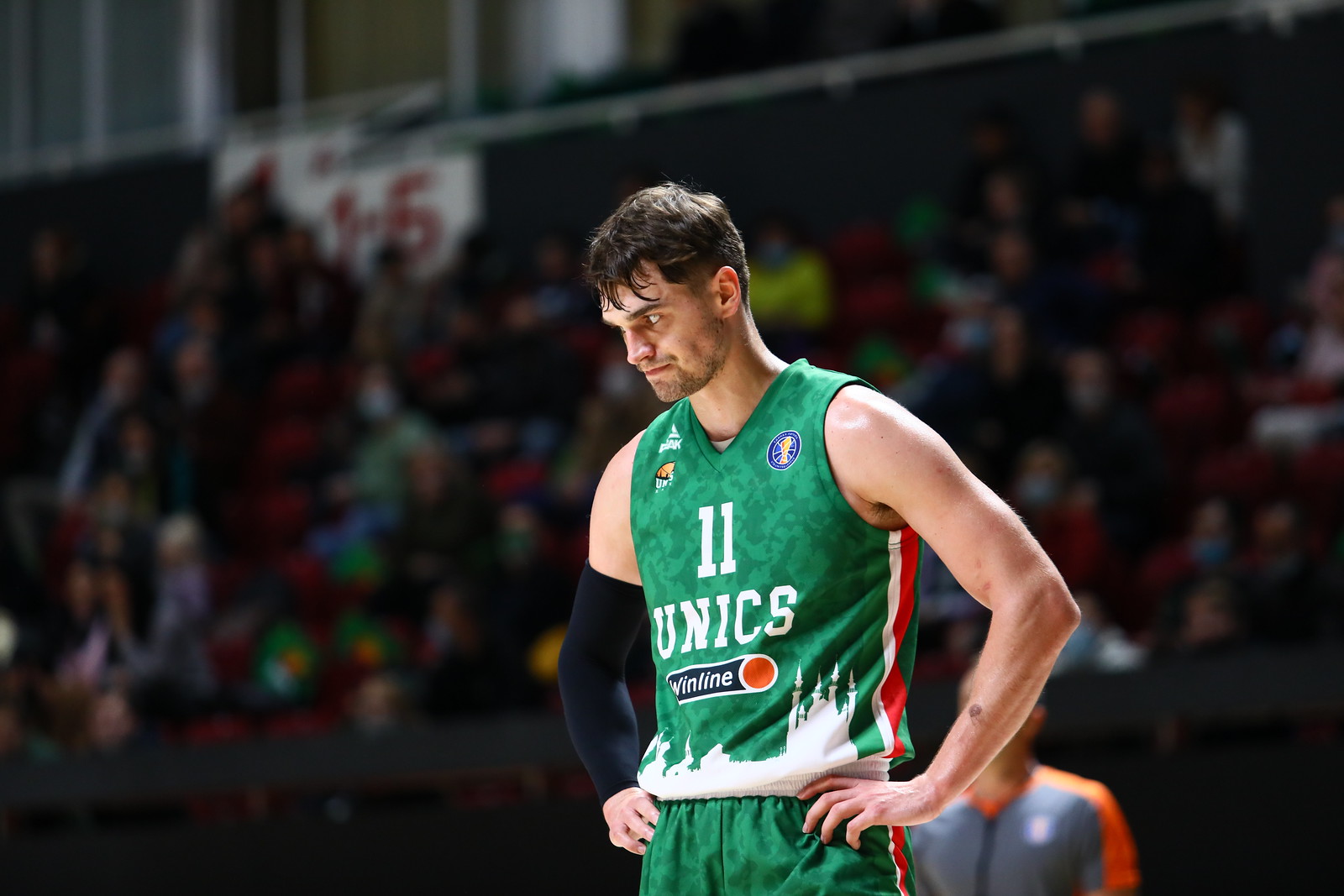 – What is your main goal?
– My main goal is to win. In every game. From an individual point of view, it’s very simple — I want to be the best version of myself. Dominate. And with the team — to win. This is Europe, only wins and losses matter here. Yes, they also like bright players and highlights here, but in European basketball only the result matters. No one will remember individual players, maybe only the most stable ones. So in general, the situation here is very different from the NBA — everything is tied to the result.

– You are probably the only athlete with a verified Instagram profile who is not subscribed to anyone. Why?
– I don’t care about the others. In a good way, you know? I’m not interested in your personal life. It’s not interested what you put in the feed. What you live by, who you like – none of this worries me. I want to see a blank screen when I open the app. On Instagram, I sometimes look at cars and dogs.

As for me, it would be nice if there were no social networks at all. I’m being honest. Social networks are evil, absolute evil, a tool of control. People are behaving strangely there. It looks like a public toilet. Do you understand? It’s not pleasant enough. Most users of social networks hide under masks. They feel unpunished, but often people are angry and even aggressive towards others. Therefore, I am as far away from social media as possible. They have nothing to do with reality.

– There are photos in your Instagram in Kobe Bryant and Drazen Petrovic memory. Which of them is a biggest legend?
– Who is the biggest legend? A difficult question. Kobe Bryant! Lord… Why is it so difficult? Petrovic or Kobe? Difficult choice. Petrovic means as much to us Croats as Kobe does to the rest of the World. In fact, they are on the same level. Unfortunately, we begin to appreciate the greatness of other people only after they passed away.

– In one of the interviews you mentioned that you would never have moved to Real Madrid in your life. And what other things can be added to this list? What will Mario Hezonja never do?
– I’ll never be fake… I… I don’t know… Will I ever become a blogger? Hell no!  It would be the most boring blog in the history! No. No and no again! None of this modern nonsense.

– Have you ever thought about what you will do after retiring?
– Yes, I thought. I’ll live somewhere in the forest with my dogs. And no one will know where to find me.. I’ll mind my own business. I will try to live in maximum isolation.

– And you won’t be lonely?
– I’m alone, but I’m not lonely. It is necessary to reach this state of mind.