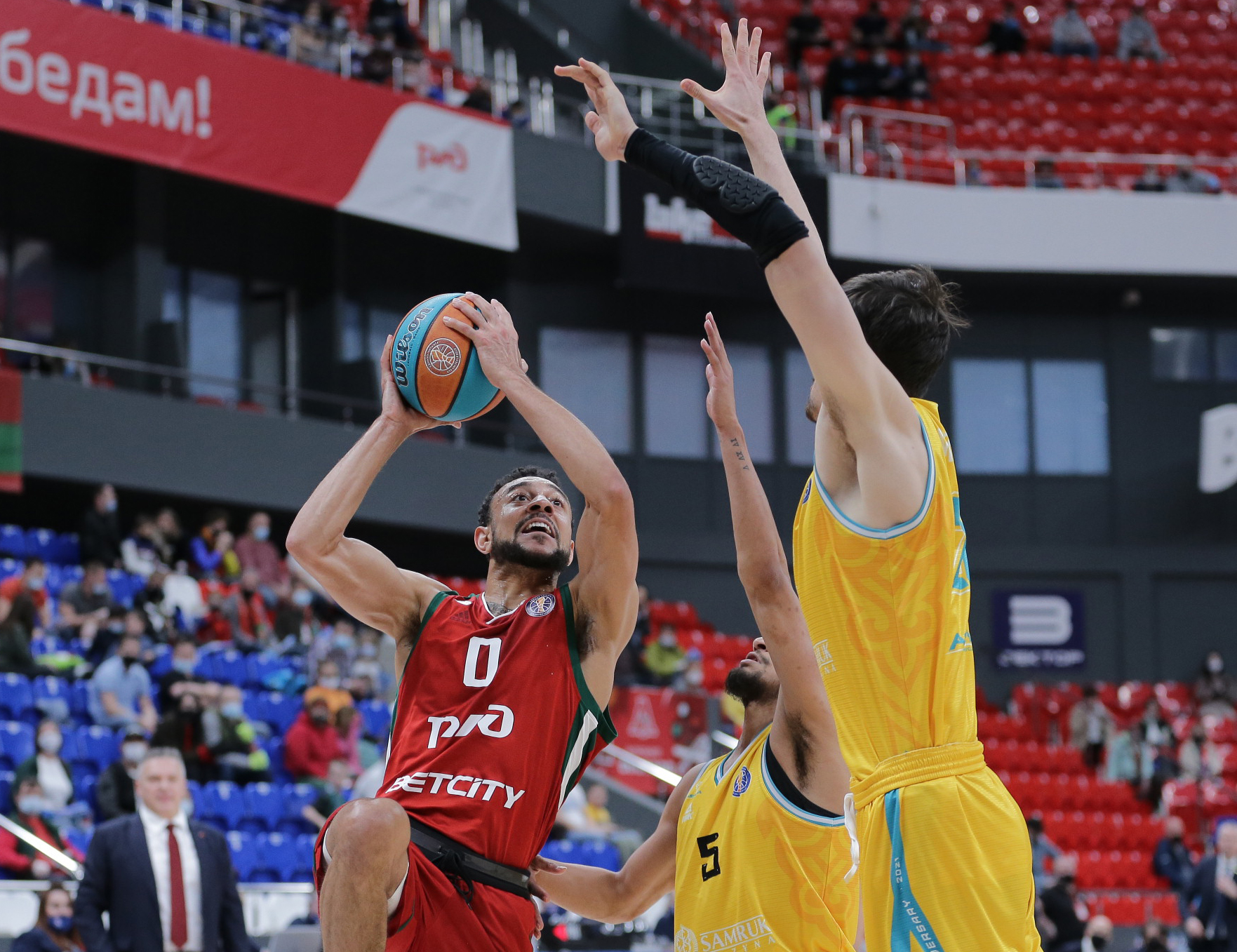 Story
Though their opponent had different goals for the tournament, Astana had already defeated Lokomotiv this year and hoped to repeat their success. Emil Rajkovikj’s team also benefited from Loko’s obvious fatigue after their three-game duel with UNICS in Eurocup. Though Lokomotiv began brightly and led 12-6, Kazakhstan didn’t fall for it – Ojars Silins and Eric Buckner not only trimmed the difference, but also put Astana ahead. Five straight points by Anton Ponomarev sealed the lead, 22-19, in the first quarter.

During the second 10 minutes, the visitors’ defense continued to hold off the offense. The second best team in the league scored only 4 points in the first five minutes of the quarter. The slow pace of the game was relieved by a sudden change in the scoring between Will Cummings and Eric Buckner just before halftime: Cummings briefly put Lokomotiv back in front, but the Eric Buckner – Nikolay Bazhin – Jeremiah Hill trio answered with a 10-2 run. Astana finished the first half being up by 6 – 42:36.

At halftime, however, Evgeny Pashutin managed to adjust his team’s offense. Though Astana managed to push their lead to double digits at the beginning of the quarter, Loko took over the initiative little by little. Cummings, Drew Gordon and Nigel Williams-Goss took advantage of the visitors’ growing number of mistakes. During the third quarter Astana committed 7 turnovers (nearly twice as many as in the first half). The quarter was all Lokomotiv’s, as the Cubans outscored their opponent, 29-16, to take a 65-58 lead into the final period.

Key moment
But the game wasn’t finished. Jeremiah Hill led Astana. Loko tried to extend their lead but each time the guests managed to cut the gap via Hill’s drives and threes. With a minute left Ojars Silins cut the gap to -2 with the three, Kuban answered with crucial Will Cummings’ and-one. Unsuccessful guests’ next possession and Cummings accurate threes killed the intrigue. Lokomotiv-Kuban took 15th victory of the season catching UNICS and CSKA.

Hero
Will Cummings. The American became the top scorer of the game and brought Loko key 5 points in clutch, 24 points were added by 7 rebounds and 6 assists.

Stat
61% of free throws by Kuban made Evgeny Pashutin nervous. However, the most important three free throws were hit by Cummings on last minute cold-blooded, Astana had no time to recover.

Comments
Lokomotiv-Kuban head coach Evgeny Pashutin:
– I want to congratulate my team on the victory and thank the fans for the support. It was mentally tough game after the game in Kazan, but the guys pulled themselves together and showed the spirit. Perhaps, the game wasn’t beautiful, but we managed to win. In the third quarter we improved our defense, caught team chemistry, united as a team, and in the offense we played more patiently, played smarter in the second half. Now we have to recover and prepare for play-offs. We have to spend goof three games to fight for a higher seed.

Astana head coach Emil Rajkovikj:
– Congratulations to Loko on the victory. They won tonight showing their experience. We showed competitiveness, slowed down the pace as we couldn’t stand Loko’s high pace. I wish we had more energy in clutch, but it is a great experience for the team. Tonight, many Kazakhstan players spent more minutes, for example, Askar Maidekin. Nikolay Bazhin plays regularly at the high level. I can’t say anything bad about my team. I wish luck to Loko in further games. 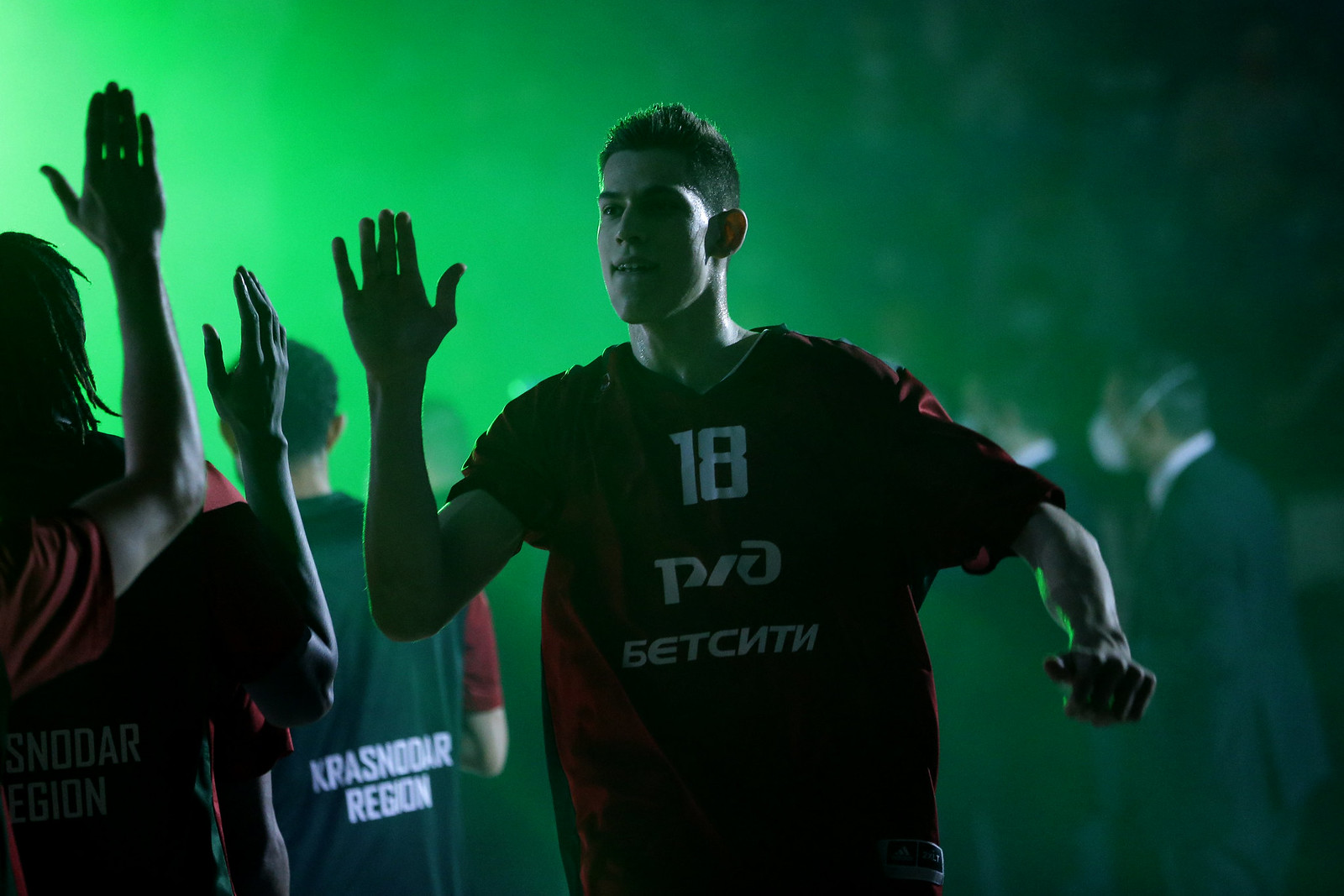