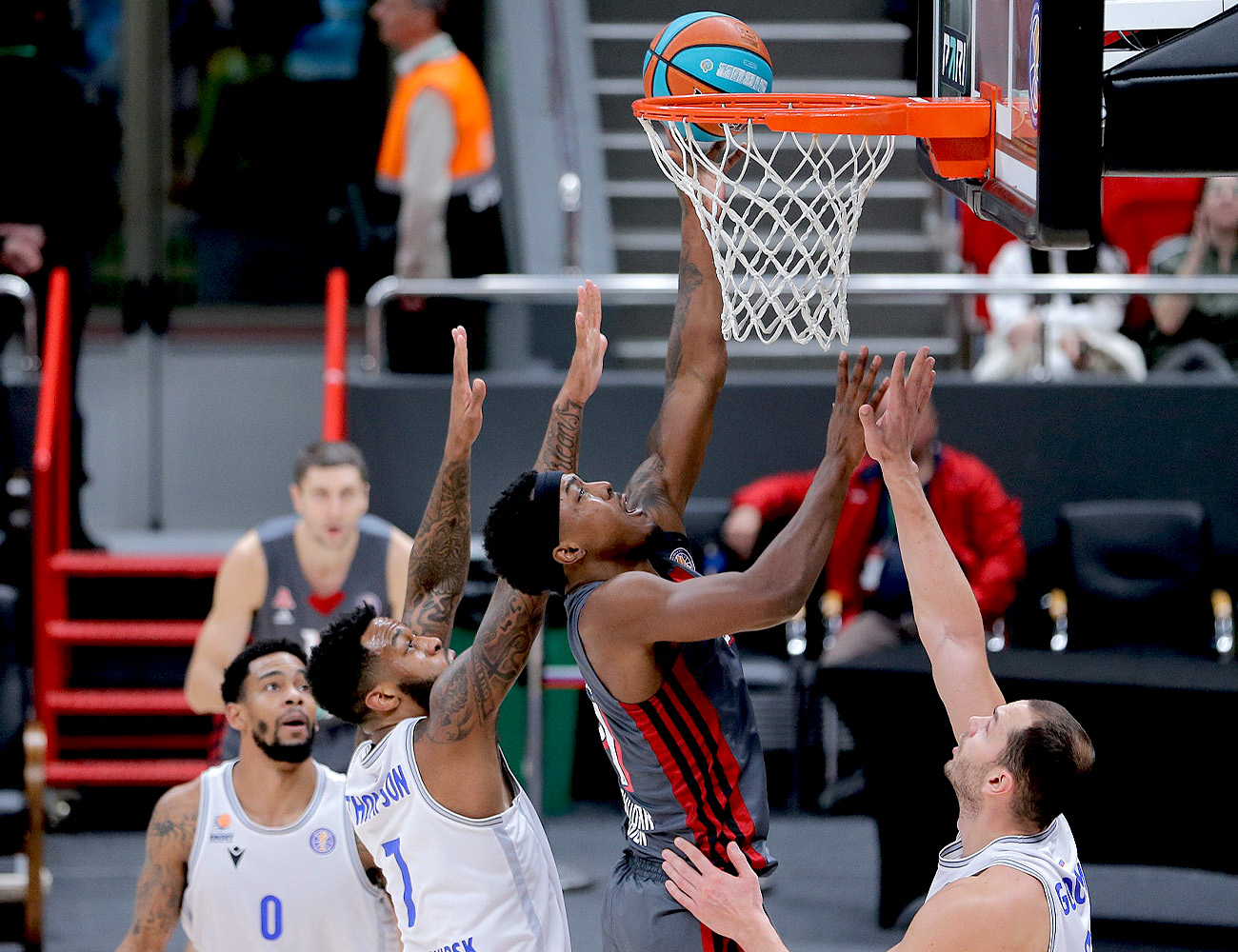 In the first round game, Loko was able to defeat Enisey with Jaylen Barford buzzer beater. But in this game, Lokomotiv was a clear favorite. And the reason for this was not only the home court factor, but also the absence of Angelo Warner.

However, the start of the game was controlled by the guests. Aleksandr Gudumak 2 made shots allowed the Siberian team to lead the score – 5:0. But gradually the hosts were able to get the lead. They defended well, ran in fast breaks well and played pick-and-rolls almost perfect. As a result the first quarter remained for Loko with actions in the paint— 18:15.

In the second quarter, the game did not change. Both teams performed noticeably better in defense than offense. By the halftime, the opponents made 24 turnovers. At the same time, neither side was able to take the lead. The Siberian team was able to miss a mini-run from Loko at the start of the quarter due to the work of bigmen in the paint. As a result, the hosts finished the first half of the game with the same 3–point lead – 37:34.

The result was decided only at the end. And here, as in the first game, Jaylen Barford acted as a leader. With the minimal lead of his team, Loko guard successfully made 2 shots in a row – 71:65. After Vladislav Trushkin three-pointer 16 seconds before the end, the difference was reduced to 2 points – 71:73. But free-throws made by Aleksandr Shcherbenev and Trushkin missed the thee and Loko took the win.

Jaylen Barford did not have the brightest game (14 points, 6 out of 13 from the game) But his made shots at the end of the game allowed the hosts to win.

23 – that’s how many turnovers Enisey has. Aggressive defense has become the key to success for Loko.