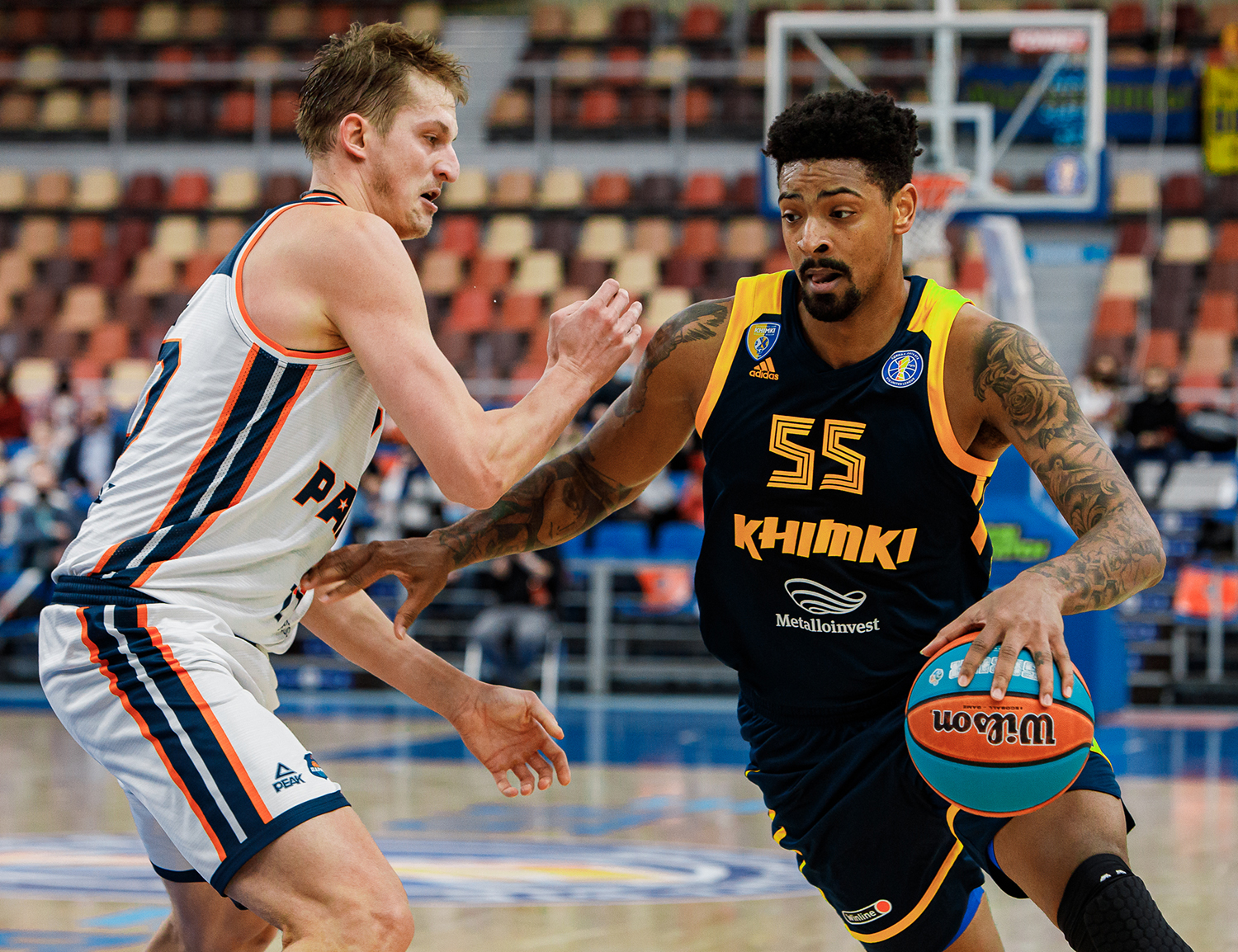 Story
Khimki and PARMA approcahed the game as neighbours in the standings: Khimki were 8th, the guests were 9th. Teams’ last games were different: Ural took confident victory in Krasnoyarsk while Khimki lost to UNICS for the first time in 3 years. Khimki’s situation was complicated by roster problems: Alexey Shved, Janis Timma and Devin Booker didn’t participate in the game due to different reasons.

The start of the game wasn’t high-scoring but three minutes before the buzzer the teams started a real shootout: Viacheslav Zaitcev and Evgeny Valiev threes were answered by Nikolai Zhmako and Maxim Grigoryev threes. In the beginning of the second quarter PARMA took over the game. The hosts were careful at D, thus Khimki scored only 2 points in 4 minutes. But after 2 consecutive threes by Dairis Bertans the guests paced up and ended the first half with 9-point lead – 41:32.

In the beginning of the third the teams started another shootout contest: 4 threes were drained by PARMA, 3 by Khimki. Moscow tight defense stopped hosts’ offense, and two minutes by the end of the quarter Jordan Mickey increased the lead to 12 points with a mid-range shot. In the rest time Ural just cut the gap a little – 53:62.

Key moment
The game was decided in the very end. Firstly, Boris Savovic hit a free throw and in the next possession Maxim Grigoryev hit the three cutting the gap to one 1 point with 53 seconds left. In the next Khimki’s possession Jordan Mickey lost the ball. Anyway, Ural didn’t convert the opportunity and had to foul intentionally. 8 seconds by the buzzer they were behind by 3 points but they couldn’t force overtime, threes by Juskevicius and Savovic weren’t accurate.

Hero
Errick McCollum. The American became the top Khimki scorer with 20 points. Viacheslav Zaitcev is also to be mentioned, he scored 9 points, 7 rebounds and 6 assists.

Comments
PARMA head coach Kazys Maksvytis:
– I wish we got that win tonight. There are two reasons. We came back inspired after FIBA Cup but didn’t manage to recover after Netherlands games. Also, we missed Lorenzo Williams tonight, and it was the first game for Marcel Ponitka. Field goal percentage was good tonight but 18 turnovers said their word.

Khimki acting head coach Andrey Maltsev:
– It was a good game. Congratulations to my team on the victory. I am glad we stood tough Euroleague and VTB League schedule. I’m sorry to upset Perm fans but we needed this win more. Today we were lucky as everything was decided on last seconds and we took the victory.

Next
PAMA: February 9 vs Kalev
Khimki: February 8 vs Lokomotiv-Kuban 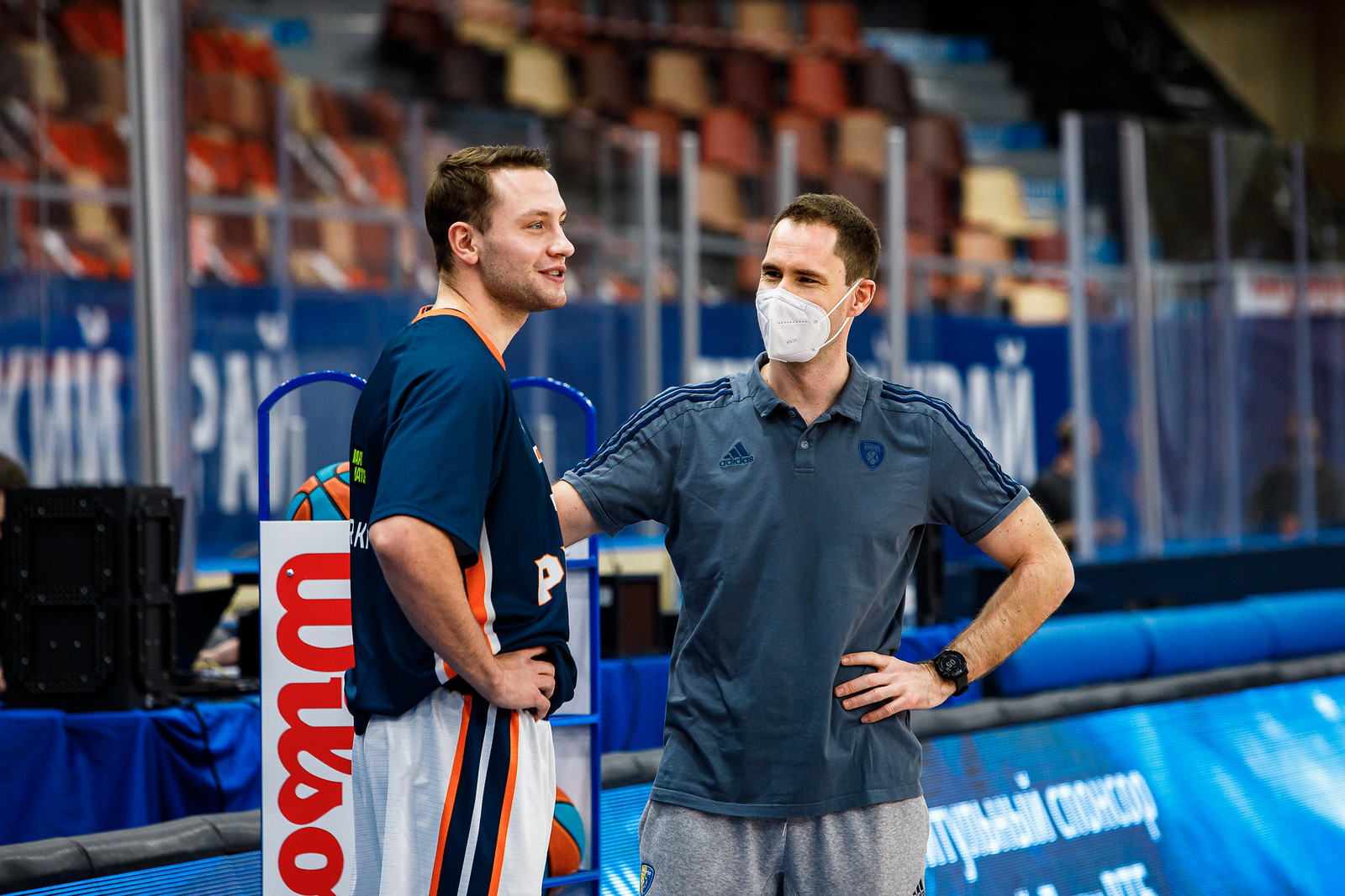