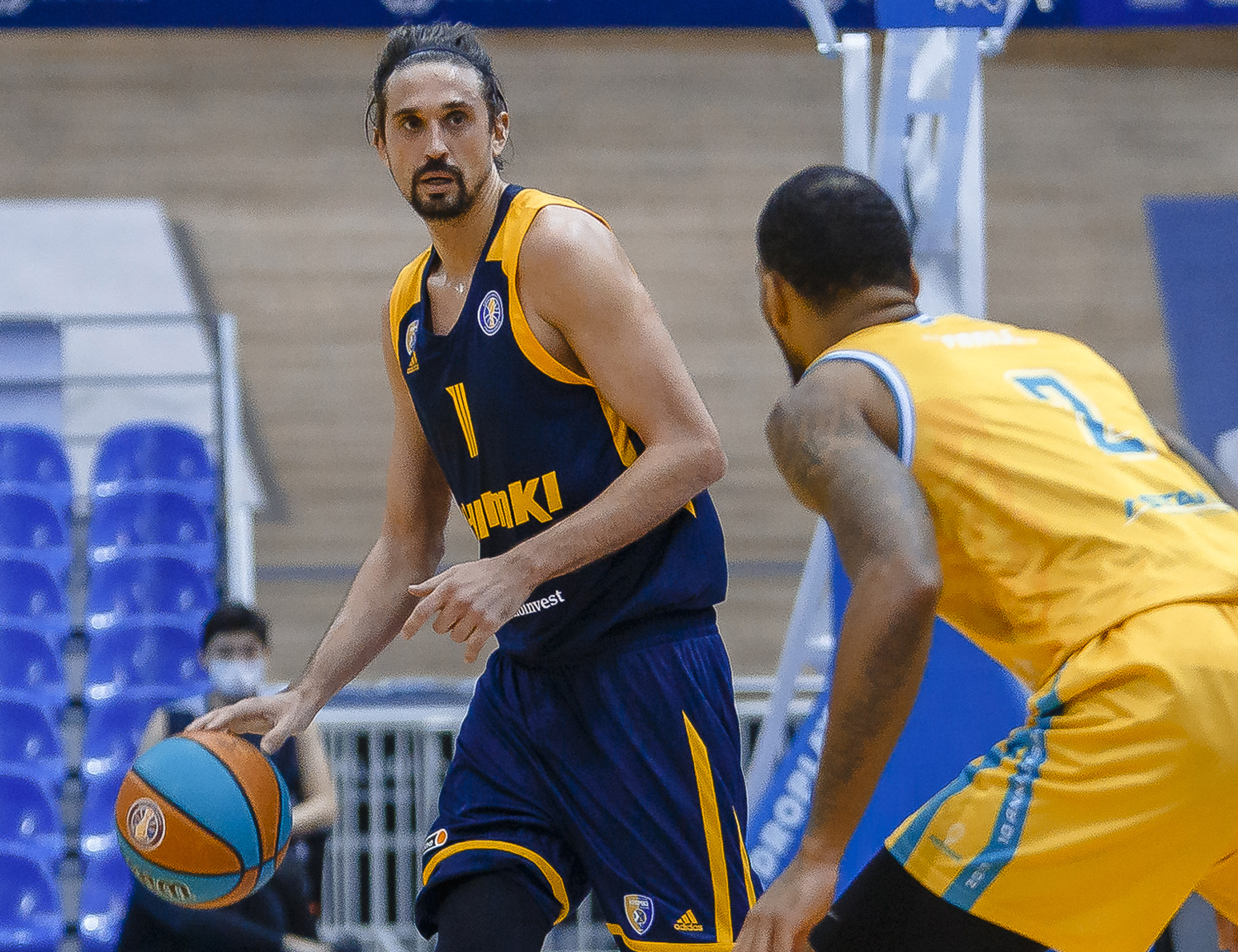 Story
Astana (4-10) approached the game with 3-game losing streak on 10th place. Khimki still were in the play-off zone despite negative record – 6-7.
The teams were slowing getting into the game: after 6 minutes of play guests were leading 10:8. In the remaining time the Russians paced up – 12:2 run was started by Jordan Mickey efforts in the paint and ended up with Stefan Jovic buzzer-beating three (22:11).

In the second quarter Khimki kept on controlling the game. Astana attacked from beyond the arc with an acceptable percentage (5 out of 13), but the team did not manage at all to score points from under the hoop (3 out of 12 2-points). Khimki, on the other hand, basically pushed the ball into the paint (16 out of 26 2-points) and succeeded – 47:27 by the long break.

Astana changed the game 5 minutes after the change of sides, when they started striking a lot of 3-point shots towards the opponent and made a run of 21:0 (46:47). Khimki returned the spirit after Jovic’s long-range shot and, thanks to the individual skills of Alexey Shved, kept the lead to the most important part of the game (62:58) but everything had to be started over again.

Fourth quarter repeated the scenario of the game in a miniature. In the course of 5 minutes Khimki didn’t let Astana score points and returned their double-digit advantage (68:58). But here go Jeremiah Hill and Michael Thompson using their main weapon with the help of Martins Meiers led the game till the end – 74:77 in a minute and a half before the final buzzer.

Key moment
Miss and turnover by Alexey Shved on the last minute gave Astana a chance to save themselves but firstly Voronov had a lockdown defensive possession on Adonis Thomas and then the hosts missed twice from the downtown. Voronov rebounded the ball and then hit 2 technical free throws. Ojars Silins three (77:79) and 1 from 2 free throws by Alexey Shved brought the intrigue back but Sergey Monia and Voronov after their leader’s miss save the possession for Khimki that made it to the victory. Khimki got their record neutral via this win – 7-7.

Hero
Alexey Shved. Khimki’s leader scored 32 points and 9 assists in 35 minutes hitting 11 from 20 from the field.

Stat
1000 – Shved became the first League player in history to hit 1000 field goals. After Nur-Sultan game he has 1005 field goals made.

Khimki acting head coach Andrey Maltsev:
–  We are on thr rise now. We had a poor game against Loko that we lost in clutch, and tonight we showed the desirable basketball against Astana in the first half. We allowed only 27 points. I really like the way we found 7 players that helped us win the game. Maybe we shotrened the rotation but it was the situation that we can face not only in the VTB League but in Euroleague as well. I am happy the guys stand tough schedule and it works. We will continue to work.

Next
Astana: March 1 vs Kalev
Khimki: February 28 vs Zielona Gora 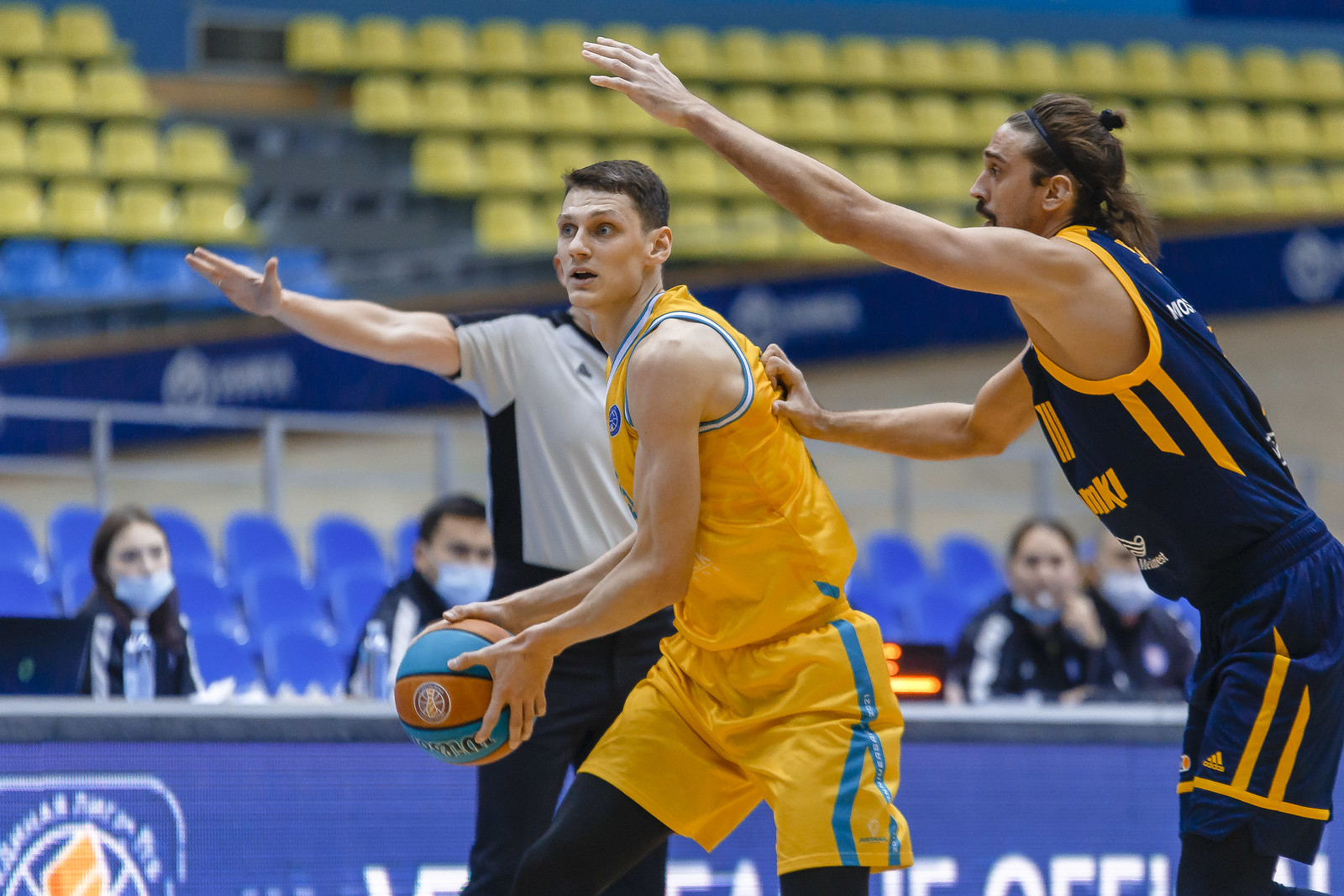