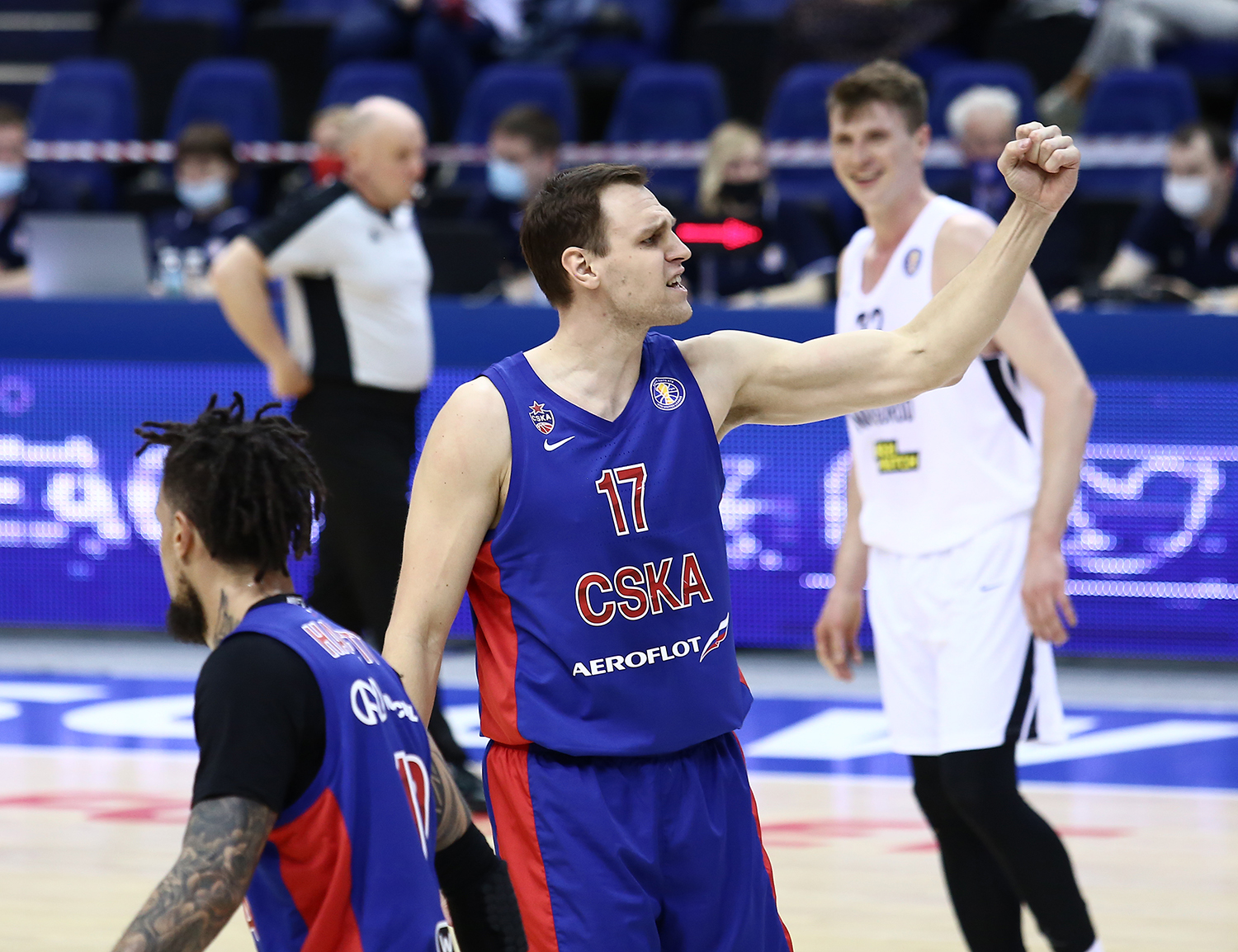 The CSKA center speaks about the Olympics, delicious Japanese food, the phenomenal Luka Doncic and Kevin Durant, as well as about the team values in the German national team and CSKA.

– The first question is about the German national team and the key qualification game against the Russian national team. What did you feel when you played against your CSKA teammates?
– It was a special game. As you have noticed, I knew the strengths and weaknesses of some Russian national team players, and to some extent this helped us. Of course we felt the pressure, because we had to win to qualify for the semi-finals. I remember that I did not play very confidently against Russia for 3 quarters, and in the last 10 minutes it was much better. This was the case throughout the summer in our national team: different players shot, some had good games, some had bad ones.

– Due to what, in your opinion, did Germany manage to win a ticket to the Olympics in a difficult group?
– From the very beginning of training camp, we created a unique team chemistry, but there was also pressure, of course. We really wanted to get to the Olympics, we had good chances and a very suitable team for this. We felt that this team chemistry was unique, and in the end it helped us.

– Can you name the best player of the German national team at the end of this summer?
– I can’t single out anyone. All our players showed themselves well. Mo Wagner played effectively and brightly, especially against Brazil in qualifying. But besides him, many guys stood out in certain game moments, it was very important for us.

– The last time Germany played at the Olympics, you were just starting to play basketball. Did you follow the games of that Olympic team?
– Yes, of course! I have been following all sports at the Olympic Games since I was a child. The most memorable for me were the Games in Beijing, where Dirk Nowitzki was the first German basketball player who was honored to carry the national flag at the opening ceremony of the Games. This can be called one of the greatest moments in the history of basketball in our country. But now our team has become a part of history.

– At these Olympic Games, many people missed the national teams of Lithuania, Serbia, Brazil, Latvia, Croatia and other strong teams. In your opinion, was the reason for this a new selection format, or is it time for other national teams to prove themselves?
– Lithuania played against Slovenia in the qualification, and one of these teams had to be eliminated. Luka Doncic played very well against the Lithuanians. Only 12 teams can enter the Olympics, but there are more good teams in the World, that’s for sure, and therefore someone had to be left out.

– Did you somehow celebrate reaching the quarterfinals within the team?
– Of course, after reaching the quarterfinals, we were very happy, it was especially important for us, since the last time the basketball team achieved such success was in 1992. We knew that success would come to us. We also hoped that if we played well against Slovenia, we would have a good chance of winning medals in the semifinals. We were very happy, but at the same time we realized that we should not relax and take the chance to go further. In the end, Slovenia played better. Doncic is the present and the future of basketball. At the same time, everyone in the Slovenian national team knew their role and performed it perfectly. That’s why they made it to the semifinals.

– Speaking of Slovenia, everyone discussed their celebration with a hookah after their first victory at the Olympics. What did the German national team think about this?
– Actually, we didn’t pay attention to it, because they played very well and, perhaps, deserved to celebrate their victory so ambiguously.

– How can you describe your performance at the Olympics? What was the hardest thing for you at these Games?
– I had some good games and there were games where I played poorly. But a lot of things rested on team basketball, so the results of the team were above all. The priority for all the players of the national team was to support each other if the game was not going on. At the Olympics as in CSKA, I thought more about the team, and not about personal stats.

– Kevin Durant was recognized as the MVP of the Olympic tournament. Do you agree with this choice?
– He won gold with his national team, he stood out for his game among other all-star players and played perfectly. So I can say that he fully deserved this award. We watched the game of the USA against the Czech Republic, and he was on top. Kevin is a very gifted basketball player and he demonstrated this at the Olympics.

– Were you in Japan before the Olympics?
– We were preparing for the World Cup in Japan. We had a few days to see how people live here, and it was very interesting! Tokyo is a beautiful city, all the people are very friendly, the food is just great. It is very difficult to find tasteless food there.

– Did you have the opportunity to go outside the Olympic Village?
– No, I don’t think it was even allowed. We had one route: from the Olympic Village to the arena and back. But even despite the restrictions, the atmosphere of the festive was still present.

– Let’s talk about the upcoming season. Zenit and UNICS have strengthened well in the off-season. What are your expectations?
– I think that in the new season we will be a team that will win again. We will do everything to defend our champions’ status. Our opponents were able to strengthen compared to last season, but we also became stronger. 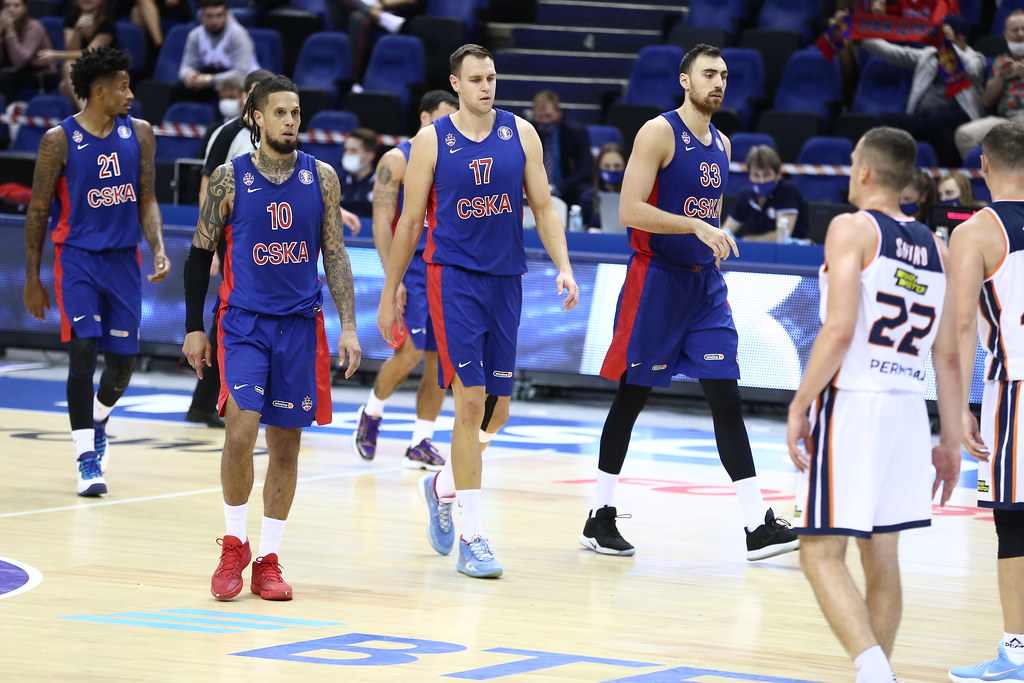 – This season, CSKA has quite a lot of players in the front line: You, Shengelia, Bolomboy, Antonov, Lopatin, Ivlev. The competition among bigmen is very big.
– This is even good – the competition will only benefit the team. No one will be comfortable. We will have to prove that we deserve to get playing time. I remember how there were only 3 bigmen in the team, and it was not very good, because injuries could overtake us at any moment. Therefore, I want to believe that we will be able to achieve more with such a rotation in the front line.