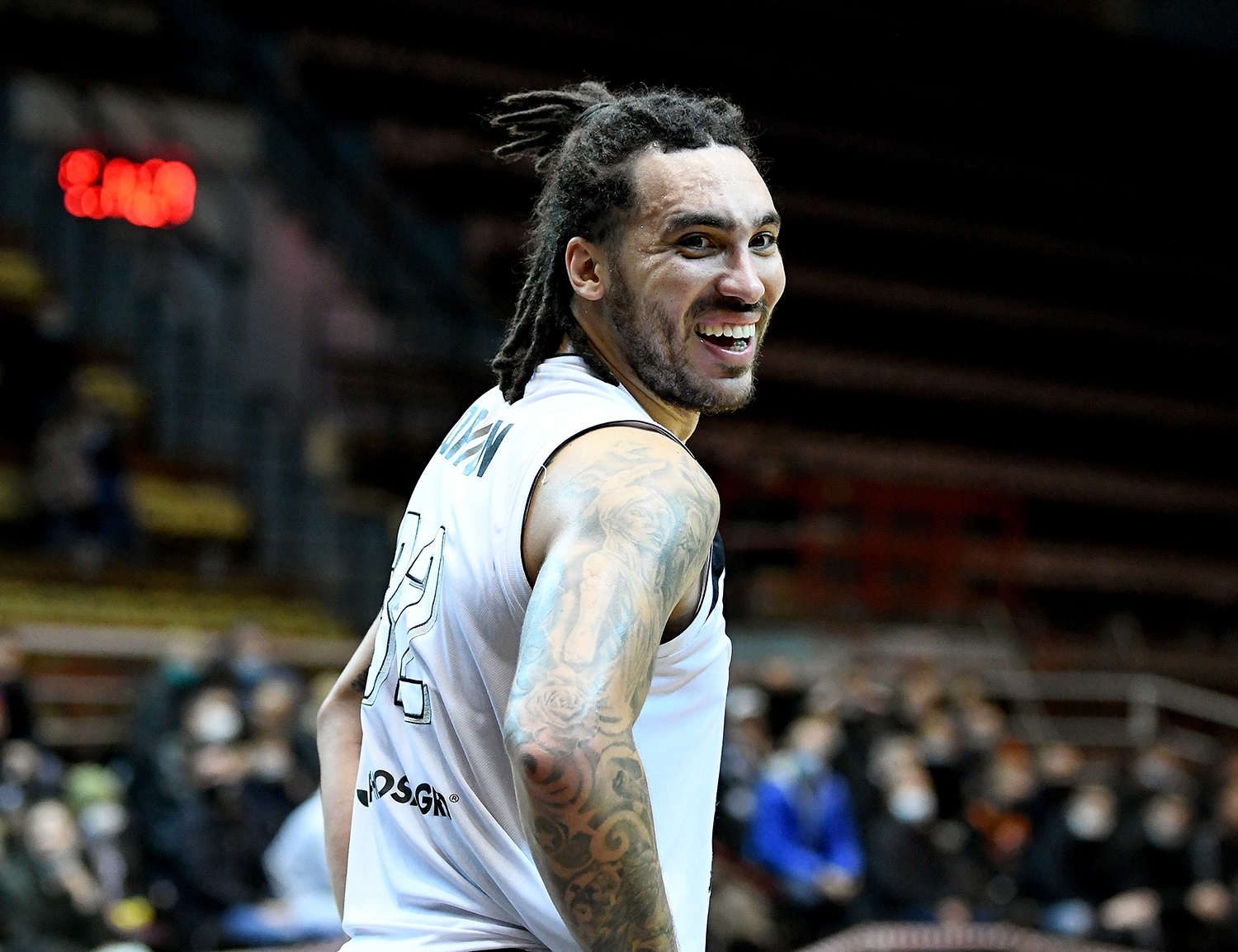 American center Drew Gordon spends his third season in the VTB United League, this season he is one of the main Avtodor’s stars, that have a 5-game winning streak for now, the longest in the league!

In the interview to the VTB United League Avtodor’s leader and one of the most spectacular championship’s leader told us at what age he dunked for the first time, with which NBA players he compares himself, why he decided to move from Zielona Gora to Saratov and when his brother is coming to Russia.

– Many call 2020/21 season special. What is special for you?
– For me this has been an interesting season because of covid. It has been tough to get into a groove when we are not playing games consistently. So, it’s special in a sense that even when we have not been able to play so many games. We are learning to make them count

– After a hard pre-season your team started the season with a devastating defeats to PARMA (70:93) and CSKA (66:100). After it, a 5-game winning streak. What has changed?
– I think that we were able to just figure out as a team what our strengths and weaknesses are. We were able to practice and be able to build the chemistry to fight through tough games. We have been steady growing as a team.

– You spent 23 minutes and scored 5 points in first two games of the season. Why your minutes were so limited?
– Coach felt there was a better playing rotation at the time so we went with that. I want what is best for the team so I did anything I could to help prepare us for those games. Unfortunately, the outcome was not so great. But it gave us things to work on

– In last few games you were on fire. You scored 4 threes against Loko. How long have you worked on your long range shots?
– I have always worked on perimeter skills. In the States I am able to play around the perimeter more. However, my role when playing in Europe and Russia has been to be a pick and roll guy. The big fella under the basket! I work with my trainers and my brother in the off-season doing things for the 4 spot and the 5 spot. So this year has just presented an opportunity to show that.

– How was your pre-season preparation?
– This year was very difficult to prepare. Everything was shut down in California from the pandemic. The only things I could really do was lift weights in my house and run outside. It was the most difficult off-season to work on my hands

– Have you trained with your brother last summer?
– Yes, in the summer we always work out together. It is our time to play against each other and get each other better. We cherish our summertime workouts because we get to get better together

– By the way, at what age you and Aaron dunked for the first time?
– I believe we were both around the age of 12? Maybe 13 years old.

– Were you holding street dunk contests in childhood?
– For sure! We always wanted to try new things dunking and who could put together the most creative dunk. It was fun.

– Aaron said that he wouldn’t participate on NBA Slam Dunk Contests. And if you are offered to participate on VTB League All-Star Game dunk contest in February, will you agree?
– Honestly, I don’t know. I haven’t really thought about that this year. I want to say yes but ultimately I will have to listen to what my body is telling me.

– All-Star Game 2018 in Saint-Petersburg is probably your warmest memories…
–  For sure! That was such a great experience. I was disappointed when I was not able to make last year’s game. I was so thankful that I was selected again.

– You were a star in Zielona Gora. Why have you decided to leave the team?
– Playing for Tabak was a great experience and the team we had in ZG was a lot of fun. Really good guys. I left because on the business side of basketball it made more sense for me and my family. However, I do miss playing for Tabak. He is a great players coach.

– When you realized that you want to come back to Russia and have you chosen Avtodor?
–  I like playing in the VTB. The commotion is tough and the basketball is good I know the players and the coaches for the most part so it is good to see familiar faces during the years over here. And Avtodor was the most interested in me and few other players to try to lift them up from last year’s standing. It is different this year though because I am not use to playing in only one league. So it has been an adjustment.

– This summer Avtodor signed new coach as well. Had you heard of Gordie Herbert before playing in Saratov?
– I knew of him. I never personally met him until this year. I knew that he had worked with a few teams in the NBA as well as the National Canadian team.

– Avtodor play run’n’gun style of basketball. Is it possible to compare Saratov and NBA teams?
– It’s for sure a lot more free following like the basketball played in the states. The style of basketball on this team is not quite as structured as some of the teams I have played on in the past. In Europe coach trusts that you will play your game and take care of your responsibilities on the floor.

– Which NBA team is like Avtodor?
– I believe we reflect the teams that coach has worked for in the past. We are a good hybrid between free flowing and structure that I believe coach had tried to achieve.

– Which NBA player is more like you?
– I use to try to play like Kevin Garnett, Udonis Haslem, Amar’e Stoudemire, and other players along those lines.

– In 2018/19 season you were playing for Long Island Nets. Was it your try to get back to the NBA?
– Yes and no. Me and my wife were having a baby and I wanted to be around family for all of it.. if I was able to get back to the NBA that would have been great. Ideal honestly. However, I was sidelined by a shoulder injury that required surgery. So everything had to get put on hold for our new baby and shoulder surgery.

– In Long Island Nets you were playing with Alan Williams and Okaro White. Have you recommended them to move to Russia?
– Those are my guys! I told them that the VTB was some good hoops! I didn’t think we would all end up playing against each other so soon. Small world.

Been some places!! Made some great friends along the way! #vet https://t.co/cDSkuYWmp6

– You’ve played together with 15 players that are playing in VTB League now. Who you keep in touch with?
– I am friends with everyone! I’m an easy going guy. I want people to come together and be able to rely on each other which abroad. I have met some great and amazing people while playing and sometimes it’s all we have. By the way.. that tweet made me feel old, realized I have been playing basketball a while.

– Williams has signature emotion Davai Davai this season. Which one would be yours?
– Its actually my third year in the VTB and I don’t really have an emotion. More so an emoji that I embody while playing which is 🦍 because I have that mentality. Silverback mentality! Been doing it for years!

– What do you like the most in Russia and its culture?
– I love how much people love sports. And the winter markets are one of my favorites. Such life in the middle of winter. It’s awesome. People showing off their crafts on which they worked hard for.

– And as for food and drinks?
– I am simple when it comes to that, I usually just cook for myself. Fish and spinach if I can find the spinach. But I am not a huge good person so cooking for myself is preferred.

– When the pandemic is over will your brother come to Russia? Many fans would like to see him on VTB League games.
– Yes he was trying to come out here in the off-season for them. He had an opportunity to finally come out and see how I live in Russia. Spend some time together showing him a different walk of life. When he gets time and the ban is lifted I believe my whole family will come visit.