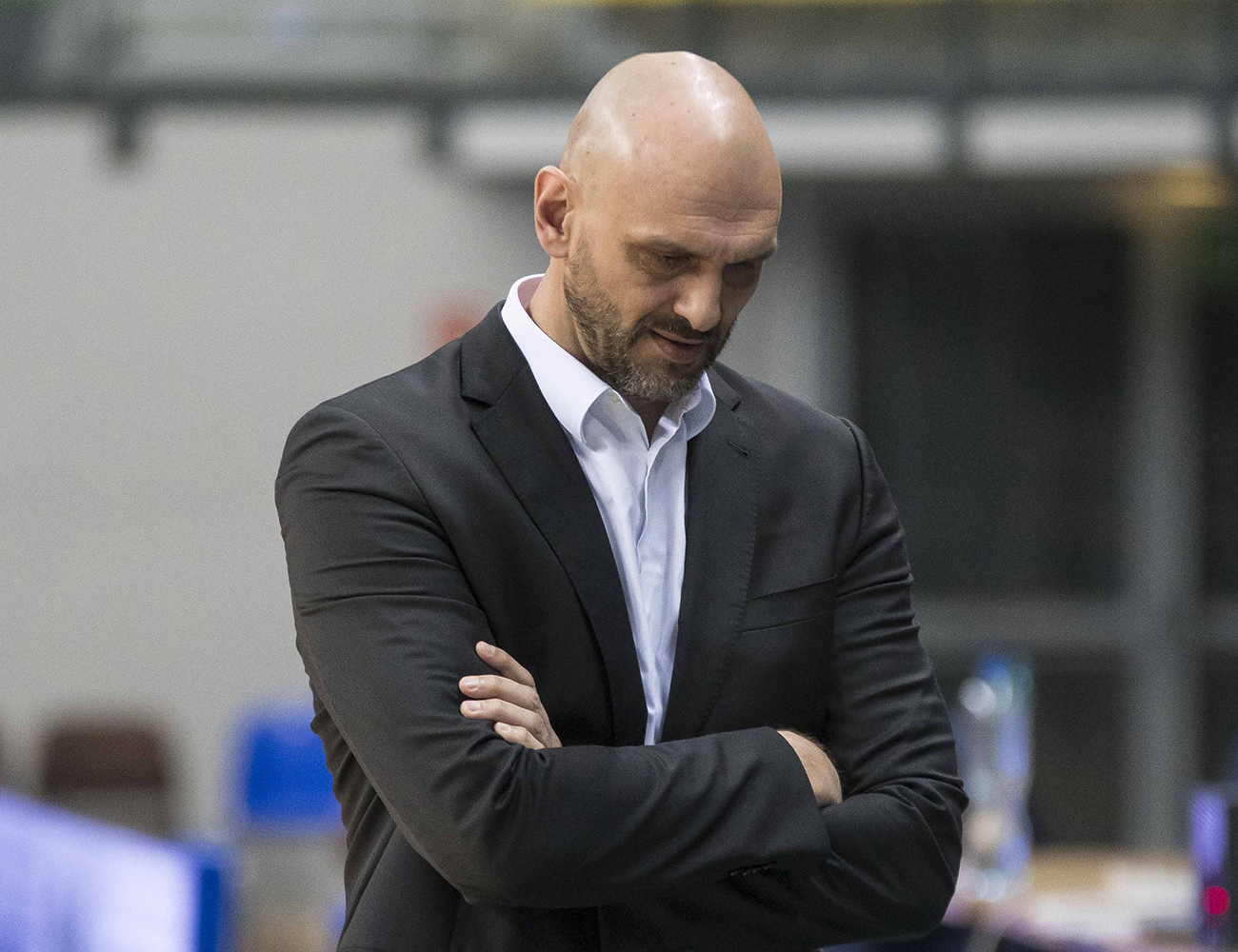 2019/20 season start gifted the fans a few sensations. Of course, COVID-19 problems arose and with equal conditions the standings would have looked differently. However, the teams have plenty of time to change the situation and make their position better. What advice can be given to the teams before the winter part of the season? 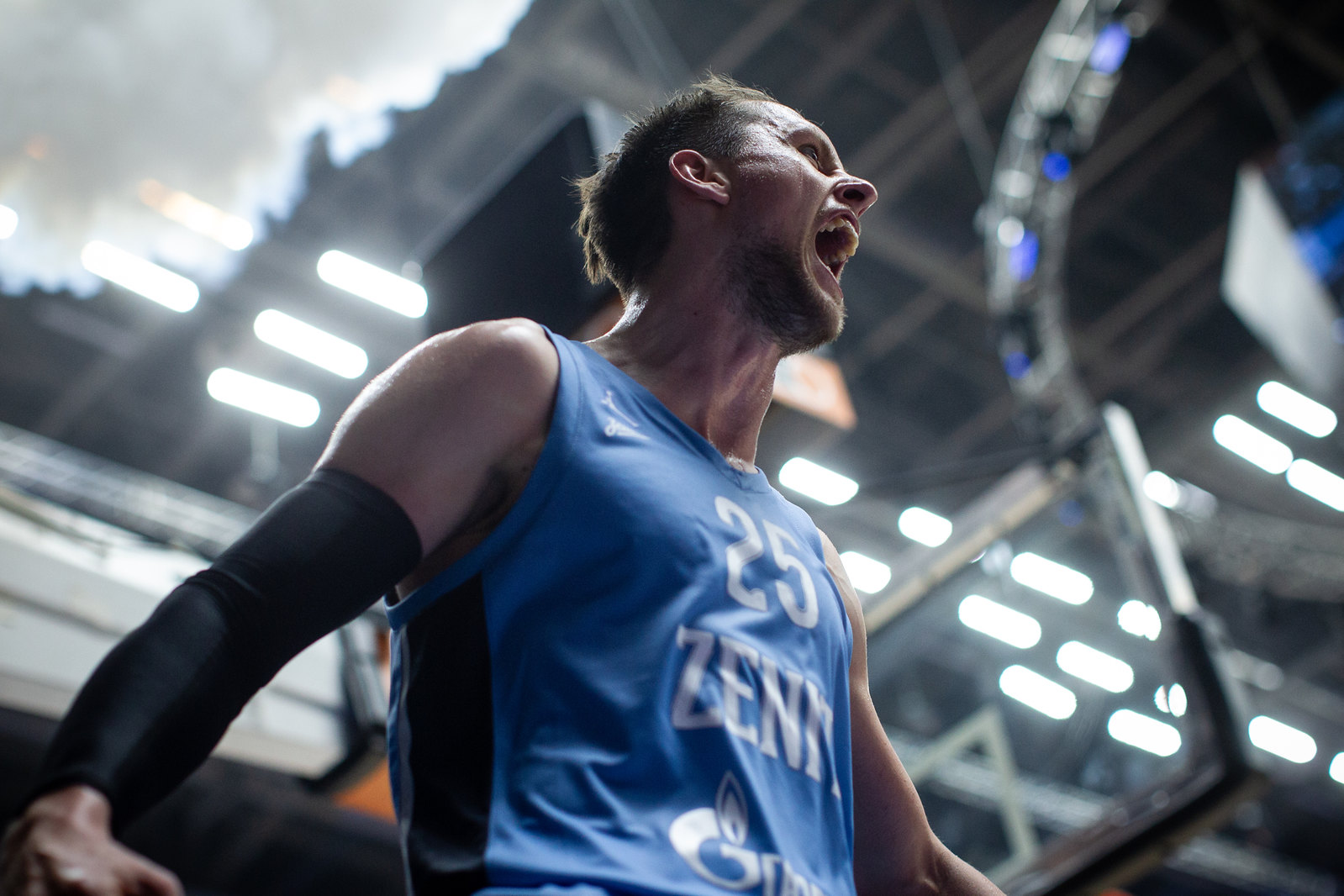 Although injuries and quarantine take place Zenit hold first place in standings with 6 wins in a row and are close to their best start in franchise history. Recall, in 2015/16 season Petersburg started with 7 consecutive wins.

Thus, all Zenit have to do now is to maintain the momentum and continue to play successfully in two strong competitions. It will be tough, in December team will have to play in 10 Euroleague and VTB League games, so they will have to play every three days. The last month of 2020 will be challenging for the season’s leader. 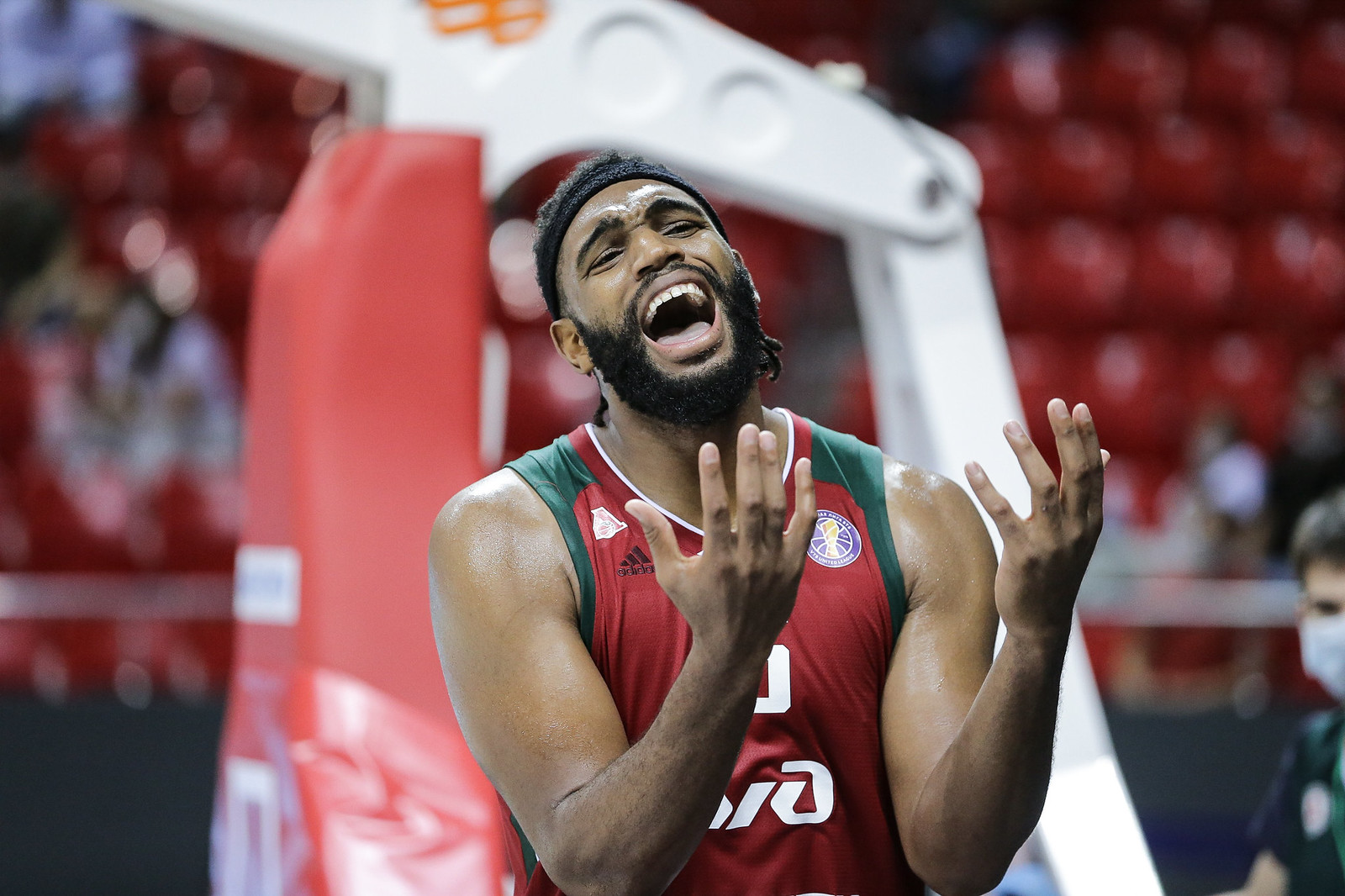 Krasnodar had bright autumn as well and before the National teams break they outpaced Nizhny Novgorod and took second place in standings. The trouble came from nowhere: on the last minutes of the game in Krasnoyarsk Alan Williams got injured – the center tore knee ligaments and will miss approximately 6 months.

The main question now is would Loko try to replace Mr. Double-Double or not? Evgeny Pashutin has Reggie Lynch, the center didn’t play much being the extra international on Krasnodar squad. However, Lynch is rather defensive type of player than scoring: he was DPOY at college and second Italian League. 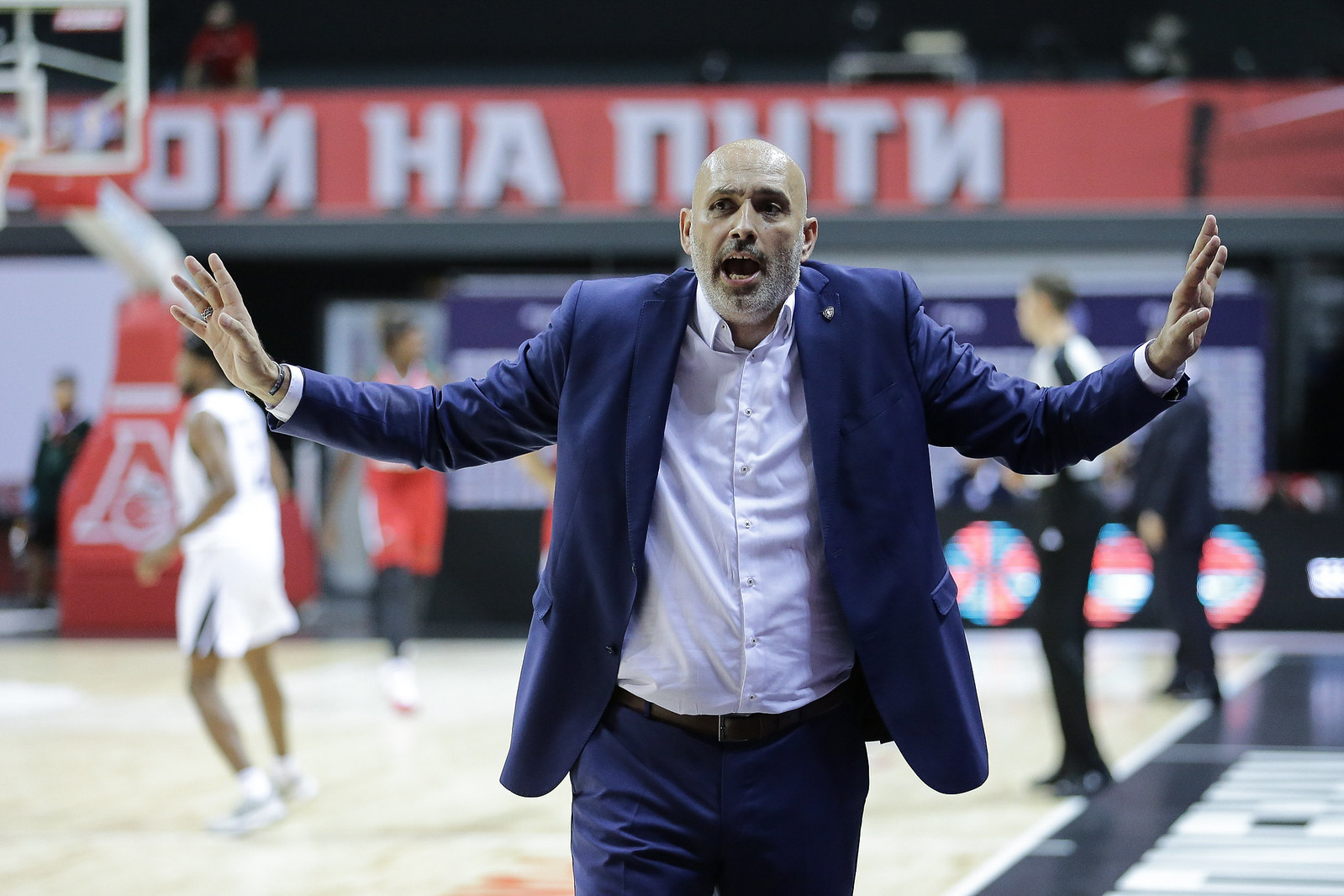 It seems like Nizhny suffered the most because of pandemic. In two months of the season Nizhny played only 4 games, and all of them with cut roster. the first loss happened even before the start of the season: the American forward Luke Petrasek was injured, and Nate Sestina that was supposed to replace him didn’t come to Russia.

Only 8 of 13 NN players participated in all of 4 games. Thus, the main thing for Zoran Lukic squad is to play with full roster and show what this 2020/21 Nizhny Novgorod are capable of.

CSKA (5-2): to put Tornike Shengelia into the system 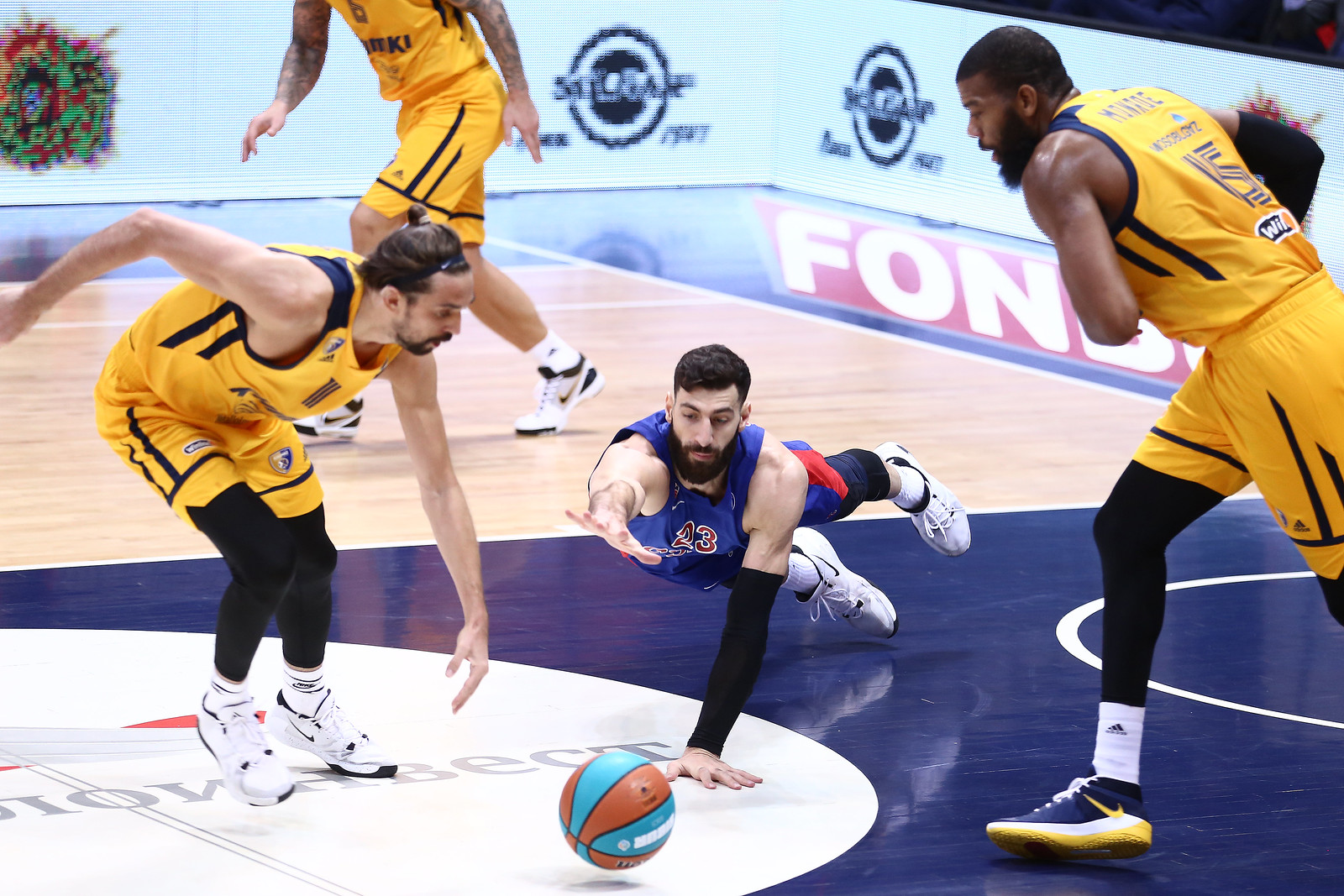 Nikola Milutinov adapted to Dimitris Itoudis’ system almost at once, the center scores 12,0 points and is best in the team in rebounds (7,6 per game). Tornike Shengelia can’t please the fans with bright game: forward has not so many minutes on the court and commits more turnovers than his teammates (almost 2 per game).

By the way, Toko showed that he is in good shape: in 2 November games for the National team he scored 19 and 18 points right after Euroleague game against Real! Will the Georgian forward prove himself in CSKA? 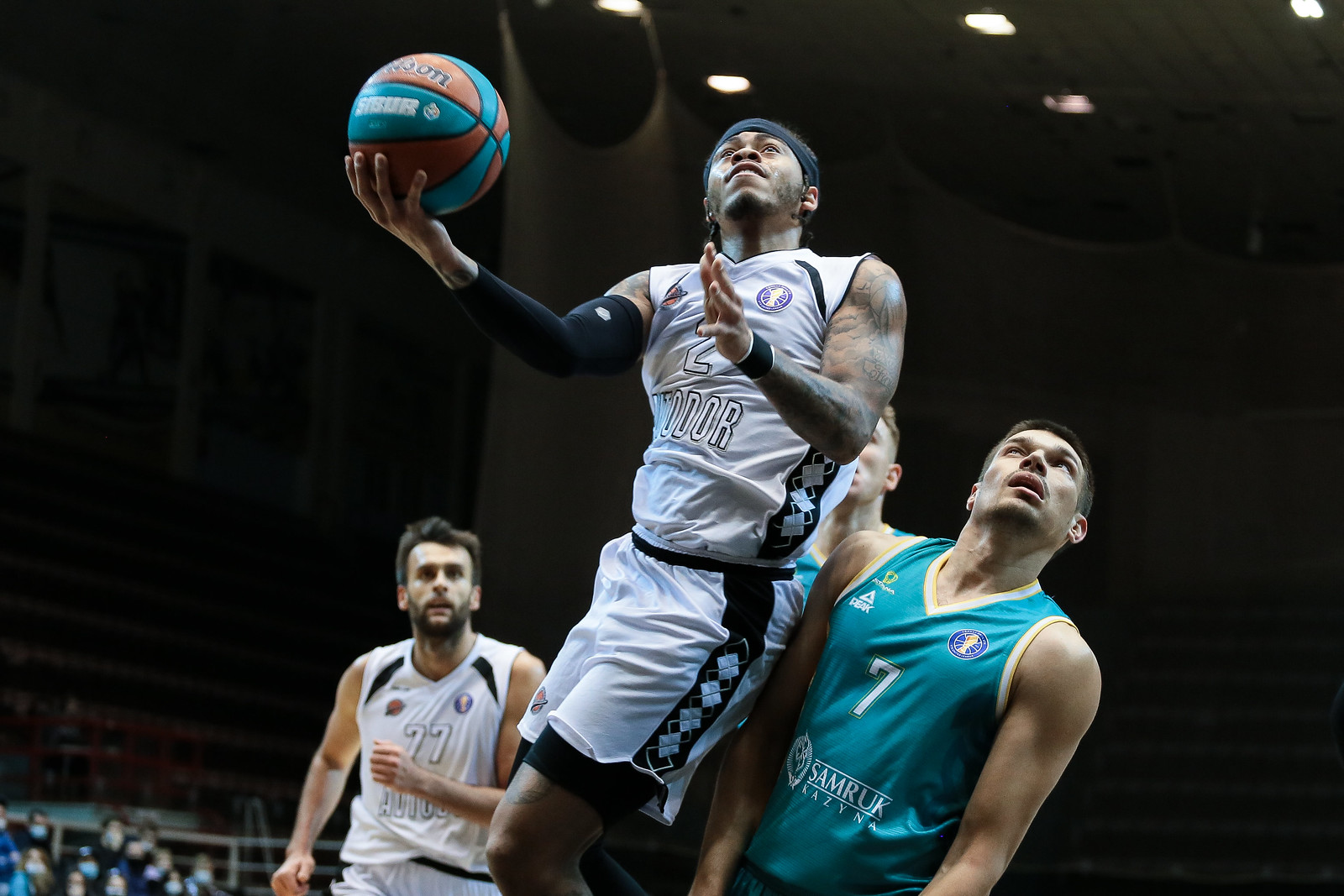 Avtodor is one of the main discoveries of autumn 2020. At the start, Saratov lost to PARMA (-23) and CSKA (-34) but then got 4 wins in a row and climbed to 5th place. At the same time, 2 out of 4 victories in this segment are over Loko and Khimki. Avtodor are now one of the hottest teams in the League.

It is interesting that at the same time Saratov are at the last place in the championship in shooting from the field. Yes, Gordie Herbert’s team plays at a fast pace, and a large number of attacks compensate for their quality.

Strange as it may seem, there are no questions about shooting from beyond the arc: Avtodor scores 44% of three-point attempts and are the leader in the League by this indicator. But exactly the same percentage they have in mid-range. The outcome of the regular season for Avtodor will largely depend on whether Gordie Herbert can find a balance between shooting from different distances. 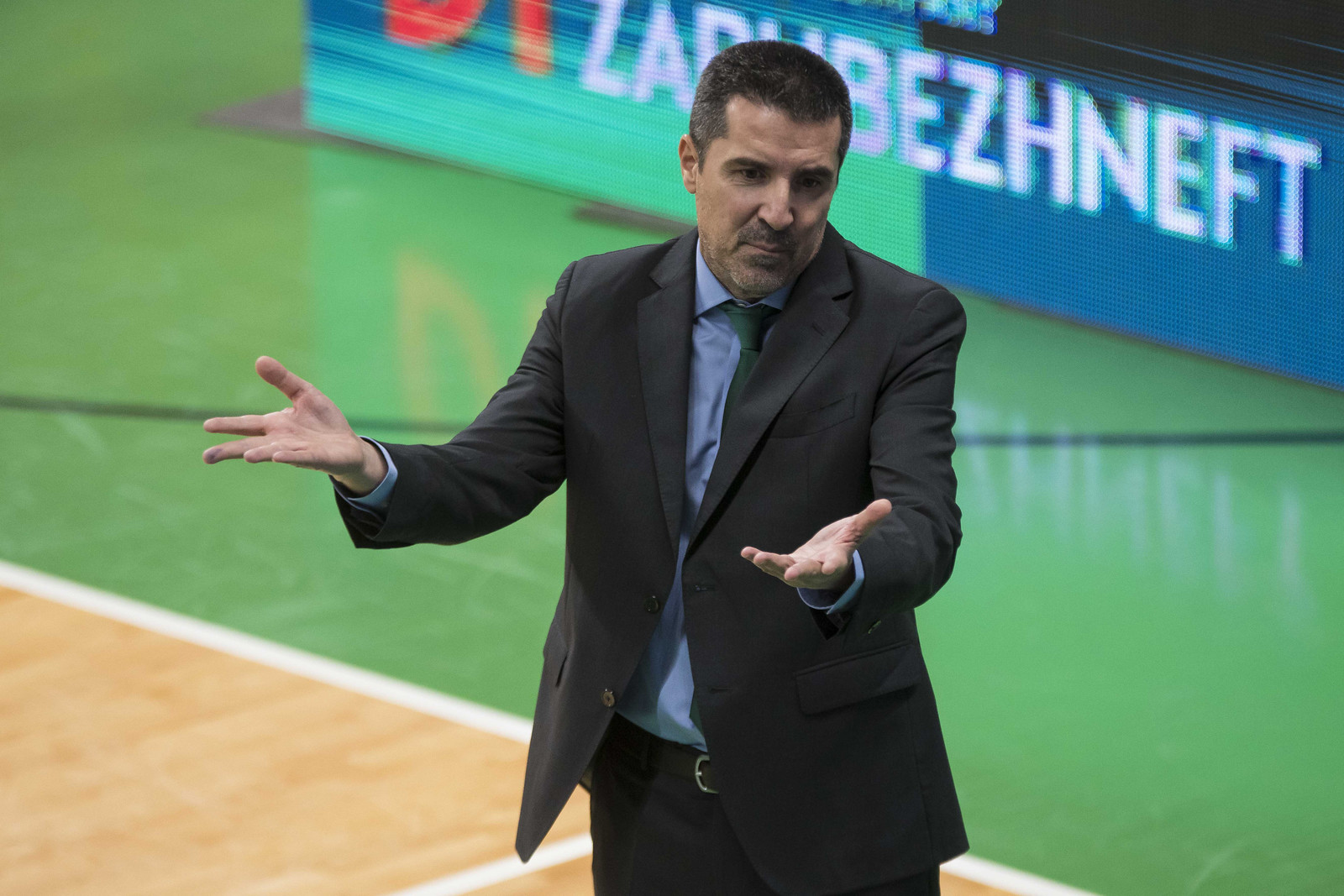 Kazan went through a difficult offseason in the summer, parted their ways with the offensive leader Errick McCollum, and almost the entire foreign squad. Perhaps that is why at the start of the season UNICS is not very stable both in defense and in offense. Despite this, the Kazan team have a victory over one of the most principled rivals of recent years – Khimki.

UNICS have a positive balance of wins and losses, but here’s the catch: they played all their successful games at their home arena in Kazan, while losing both in Krasnodar and Poland. In 10 out of 11 seasons in the League, Kazan performed better within the walls of their Basket Hall, and this is, in general, absolutely normal. But if the team of Dimitrios Priftis plan to secure the highest possible line in the playoffs, it is time to win on the road, and it’s not only about games against top rivals, but also about meetings with the average teams. 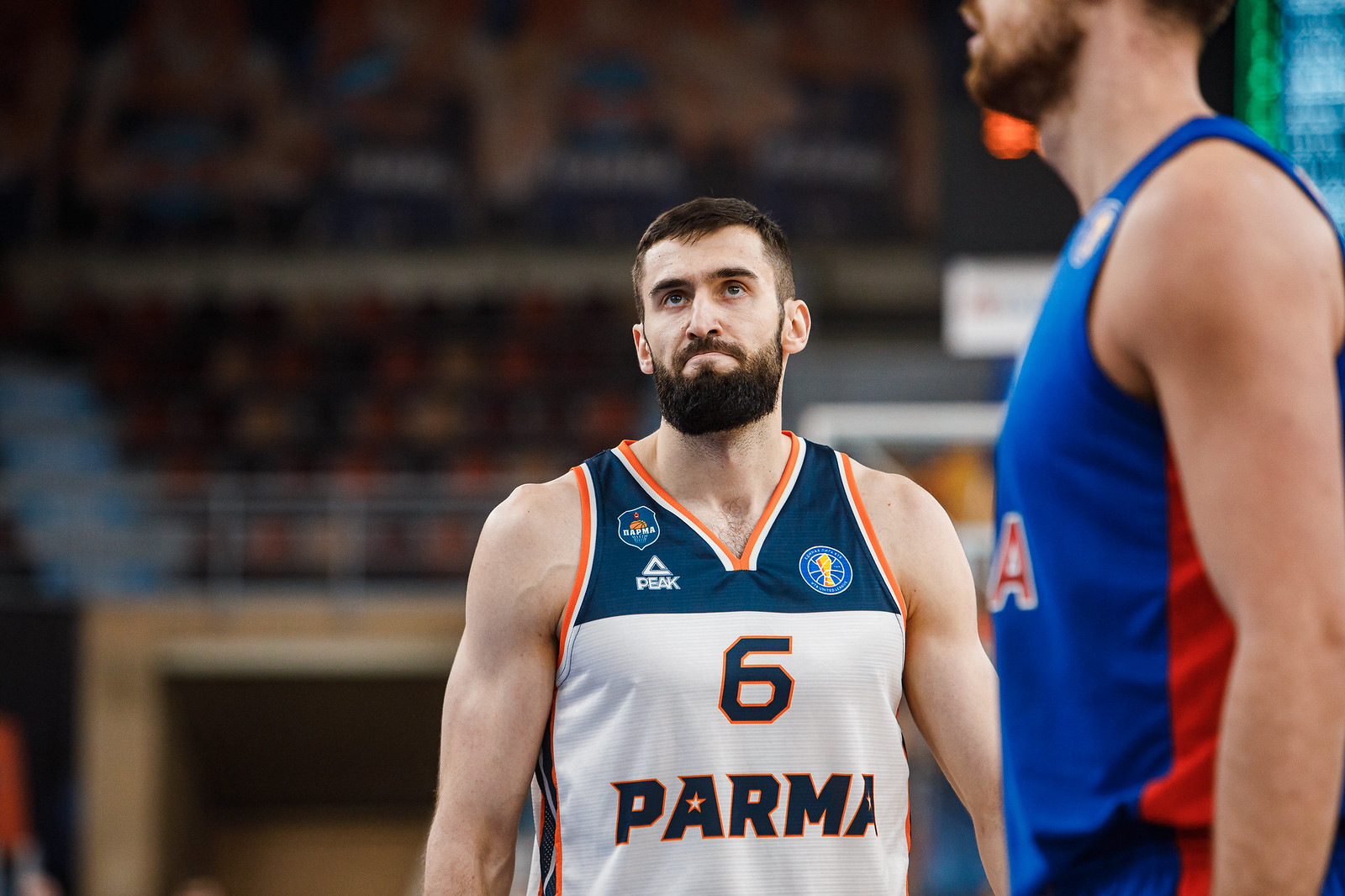 Unlike Kazan colleagues, their office decided not to blow up the roster and kept the team practically in the last year’s form: the only change was the replacement of the injured Artem Zabelin with Vladimir Ivlev. And it is not surprising that PARMA started with two victories in a row, having made a loud comeback in the game against CSKA.

But then they went into forced quarantine, and a month without basketball made a difference: the team of Kazys Maksvytis gave Enisey the first victory in the championship, and then lost to Nizhny Novgorod. In November, PARMA had 3 defeats in a row, and the coaching staff admits that the basketball players have not yet returned to the rhythm of the game.

Therefore, now the main task for Perm is to find their own game and return to the victorious path. The December schedule disposes of this: 3 out of 4 PARMA opponents this month are now outside the playoff zone. 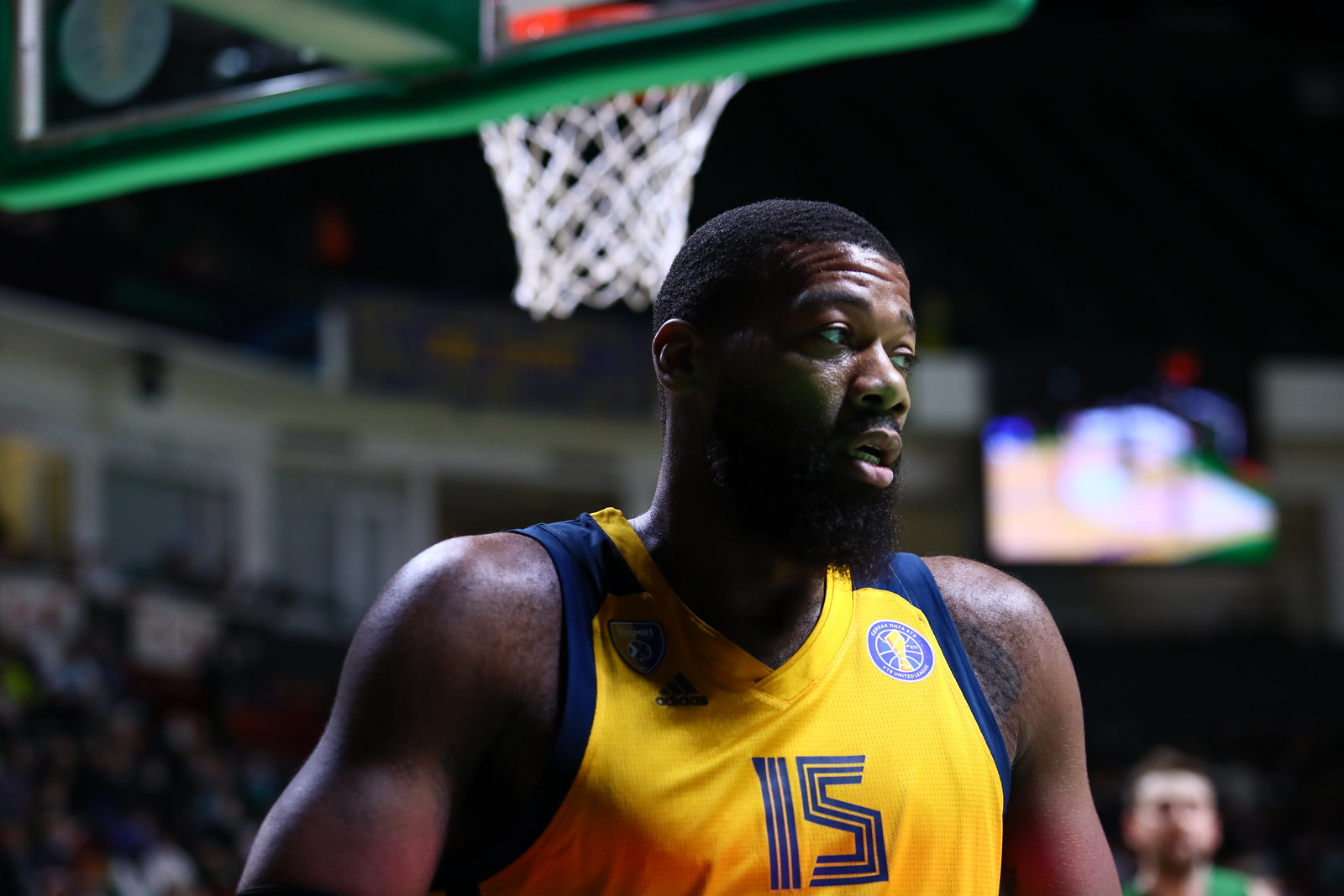 Unbelievable, but true: the best team of the regular season 2019/20 before the suspension of the season will now end the year with a negative balance of wins and losses. And if Khimki continue to show such a game, then they may completely fall out of the playoff zone.

Yes, the team of Rimas Kurtinaitis had big problems with the line-up throughout the entire autumn period: first, Khimki played almost without guards, then center Greg Monroe and Devin Booker were injured in turn.

But there is a feeling that Khimki lacks an emotional charge. In equal games, courage often helps, but in the endings with Astana (88:89), Avtodor (82:85) and UNICS (76:83), they did not find a person who would drag everyone along to victory. Each of the Khimki leaders – Alexey Shved, Janis Timma, Jonas Jerebko, Greg Monroe – does not show their best basketball, and now the team is at 8th place in the standings. 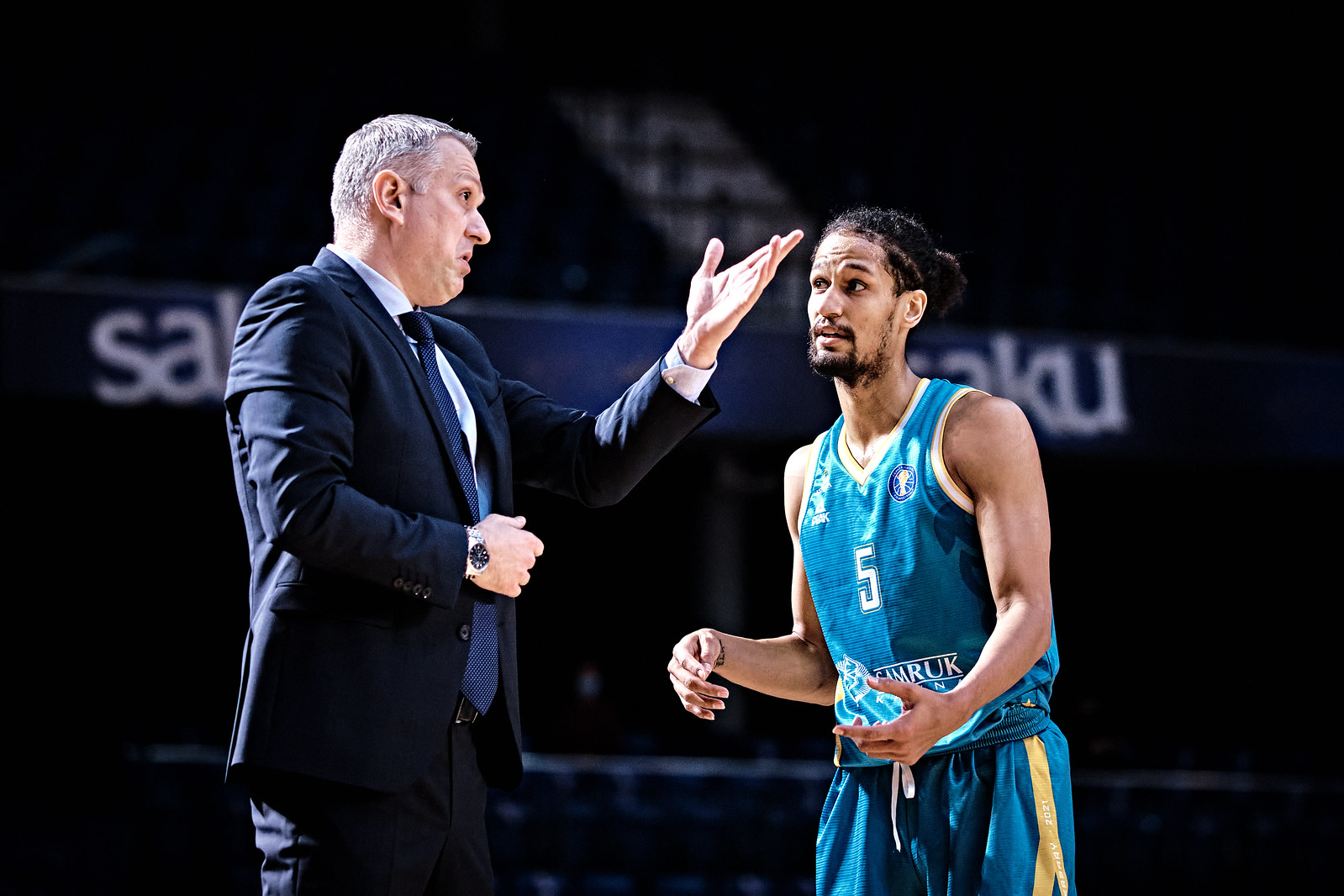 Only once, for the entire time of its performances in the League, their team allowed the most points in the championship. Now the situation in defense for Astana is critical: the team allows opponents to score 93.2 points per game – this is the third worst stat in the history of the tournament.

Of course, this is largely due to the level of the rivals: they managed to meet with CSKA, Khimki, Zenit and UNICS, and with three of these teams on the road. But in general, Astana give a lot of space to the opponents on the perimeter, and they make more than 43% of their three-pointers.

And obviously, it is time for Astana to play home – due to pandemic restrictions they played 5 out of 6 games on the road and even though they managed to take 2 of them. 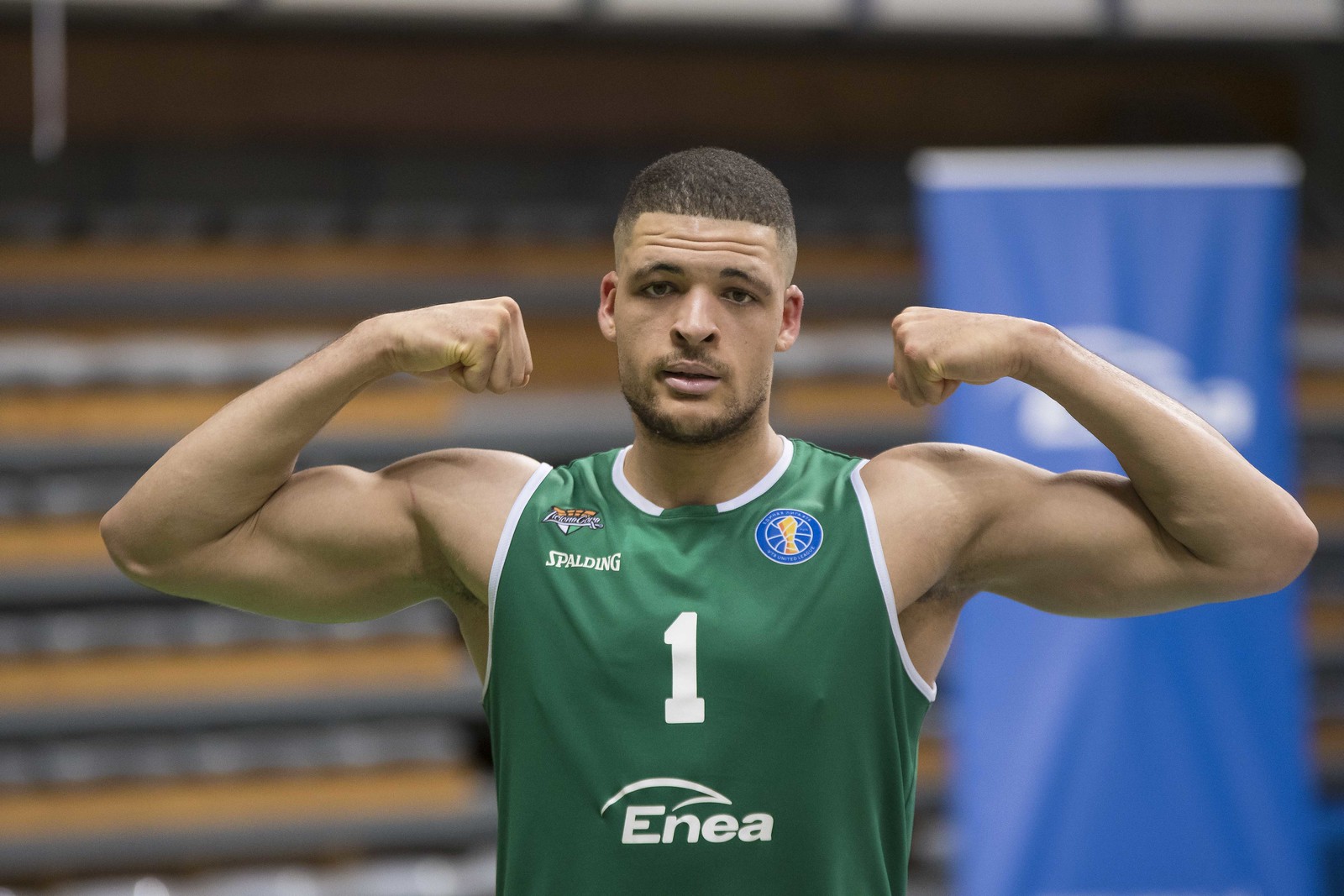 Zielona Gora got what is arguably the toughest fall schedule this season. The team played 7 games, 5 of which were against Loko, UNICS and Zenit. At the same time, they lost twice on the road only in the ending (against Zenit – 74:83, against Loko – 76:83), and UNICS even went home with a defeat.

Zielona Gora is progressing and learning from failures. So, after a big loss to Zenit at home (74:94), Zan Tabak stressed that his players “overrespected the opponent.” In 6 days they won the Green Derby against UNICS for the first time in history.

It is worth taking a closer look at Iffe Lundberg: he was the third in the championship in scoring even before the international break with 20.0 points per game, and last week in Eurobasket qualification he made 2 outstanding performances: at first made a sensation with Lithuania, and then scored 38 points against Czech Republic.

In general, you should not be surprised if by the time of the All-Star Game you will see Zielona Gora at the top of the tournament table. 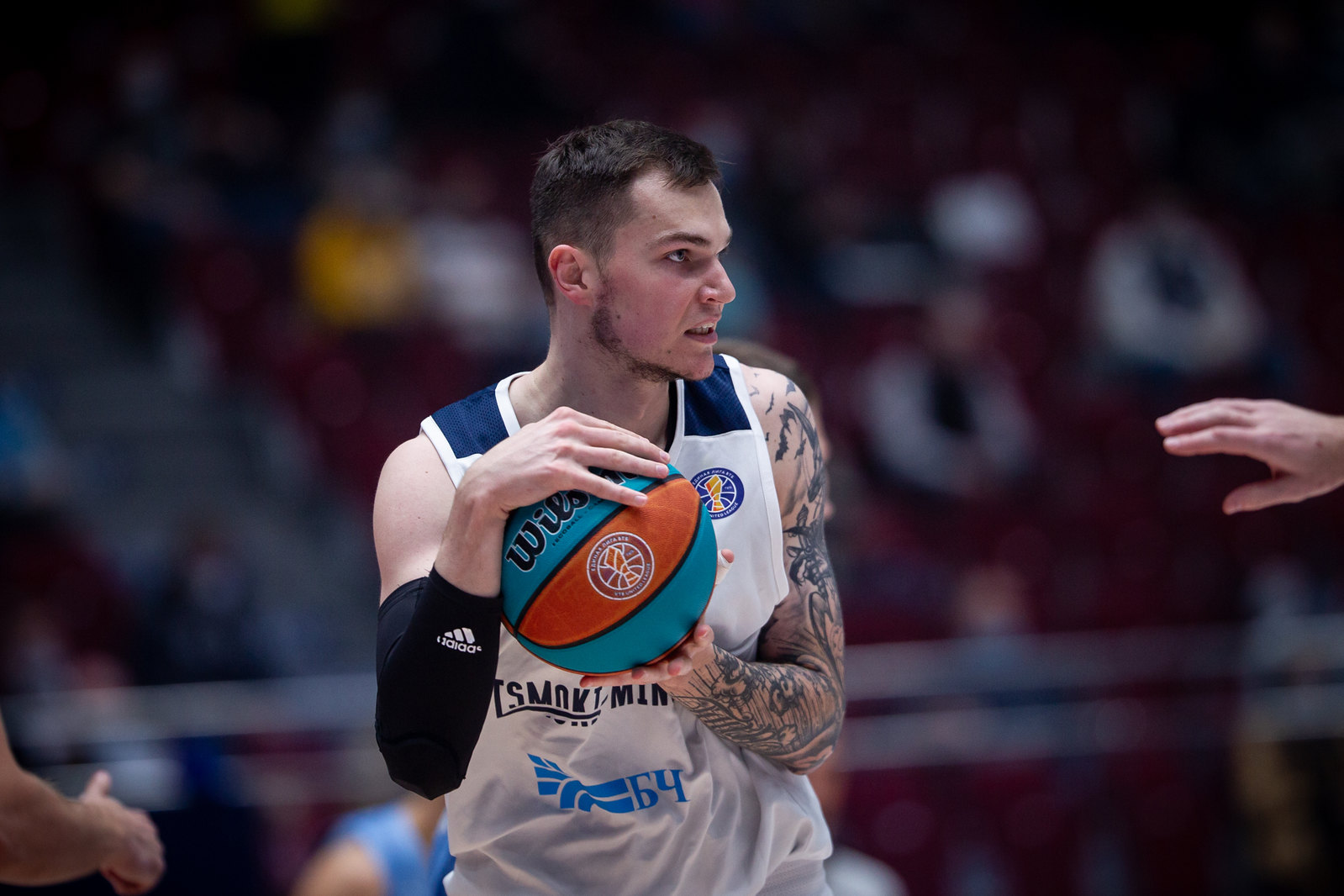 They as well as a number of other League teams, went through quarantine in autumn and stayed without playing practice for almost a month. It affected the results after the resumed season: at first, the Dragons did not cope with Zielona Gora on the road, and then they did not have enough strength for all 40 minutes of fighting against Avtodor at home.

At the same time, the team is experiencing big problems in defending its paint. Zenit, Zielona Gora, and even Enisey, with a heavily trimmed roster, scored more from the paint than Tsmoki, and Belarusians are far from the first place in the League in terms of defensive rebounds. Obviously, signed in the summer center of the Latvian National team Klavs Cavars does not live up to expectations, spending less than 20 minutes on the court and having less than 4 points and rebounds on average per game. The second center is 36-year-old Uladzimir Verameyenka, one of the oldest basketball players in the League, who simply physically cannot compete on equal terms with the best big players in the League.

It is interesting that Artsiom Parakhouski, the Belarusian ex-center of Nizhny Novgorod and UNICS, has been training together with Tsmoki for some time. Will Rostislav Vergun be able to attract a player without a club to his roster? Probably, the coach and the basketball player discussed this last week during their work in the Belarusian National team. 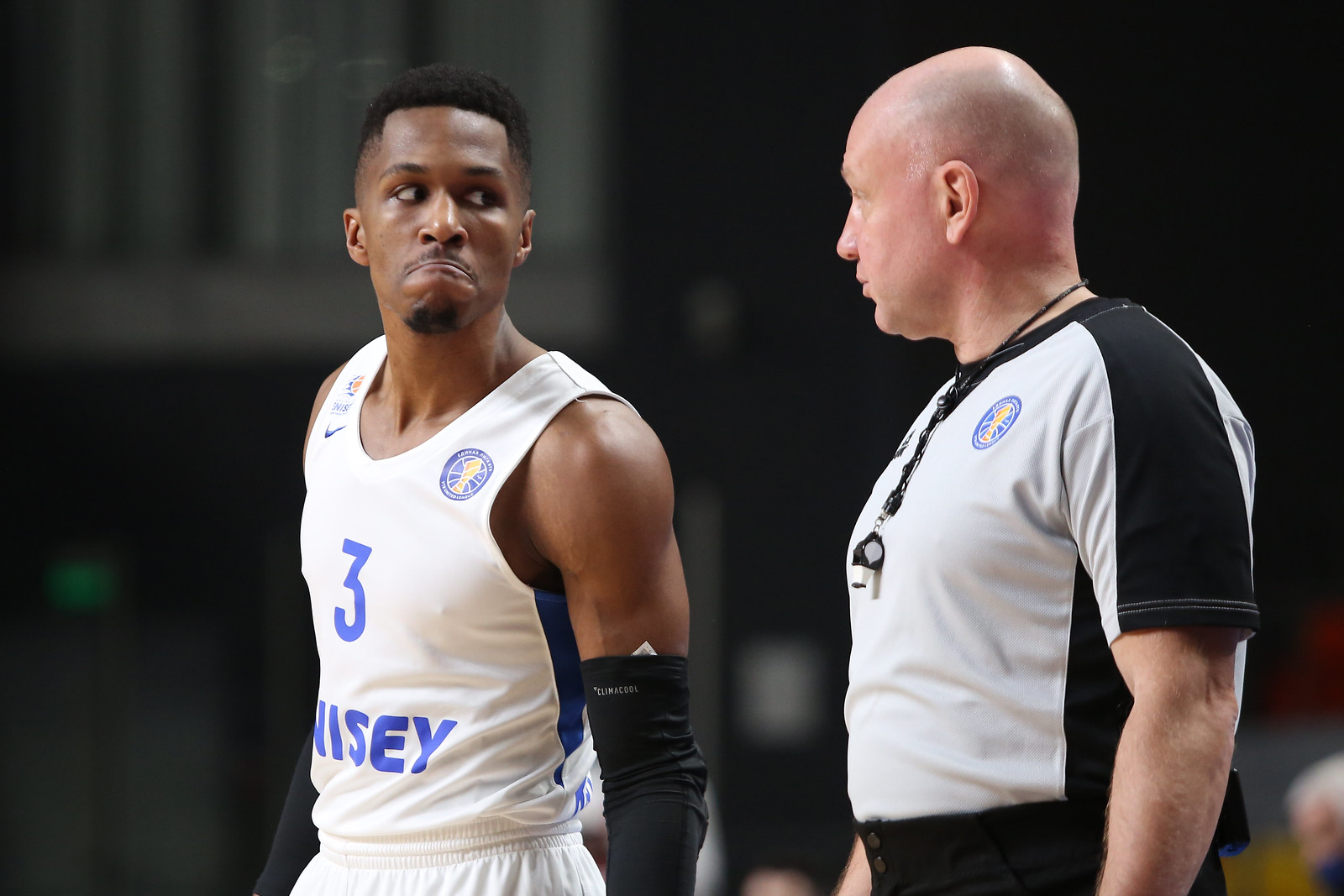 In the summer, Krasnoyarsk was strengthened by three foreign basketball players. But only Leyton Hammonds is now showing bright numbers – 13.5 points, 5.3 rebounds and 52.9% from 3-point range. But Tyus Battle and Kerron Johnson are unlikely to please Drazen Anzulovic.

Enisey found themselves in an unenviable position in September-October: almost half of the team missed games due to COVID-19, but even here the northerners almost took the victory from Tsmoki (81:86) and resisted UNICS for a long time (64:75). Krasnoyarsk players must improve their tournament performance, but for this they need the help of internationals, each of whom spends more than 25 minutes on the court. 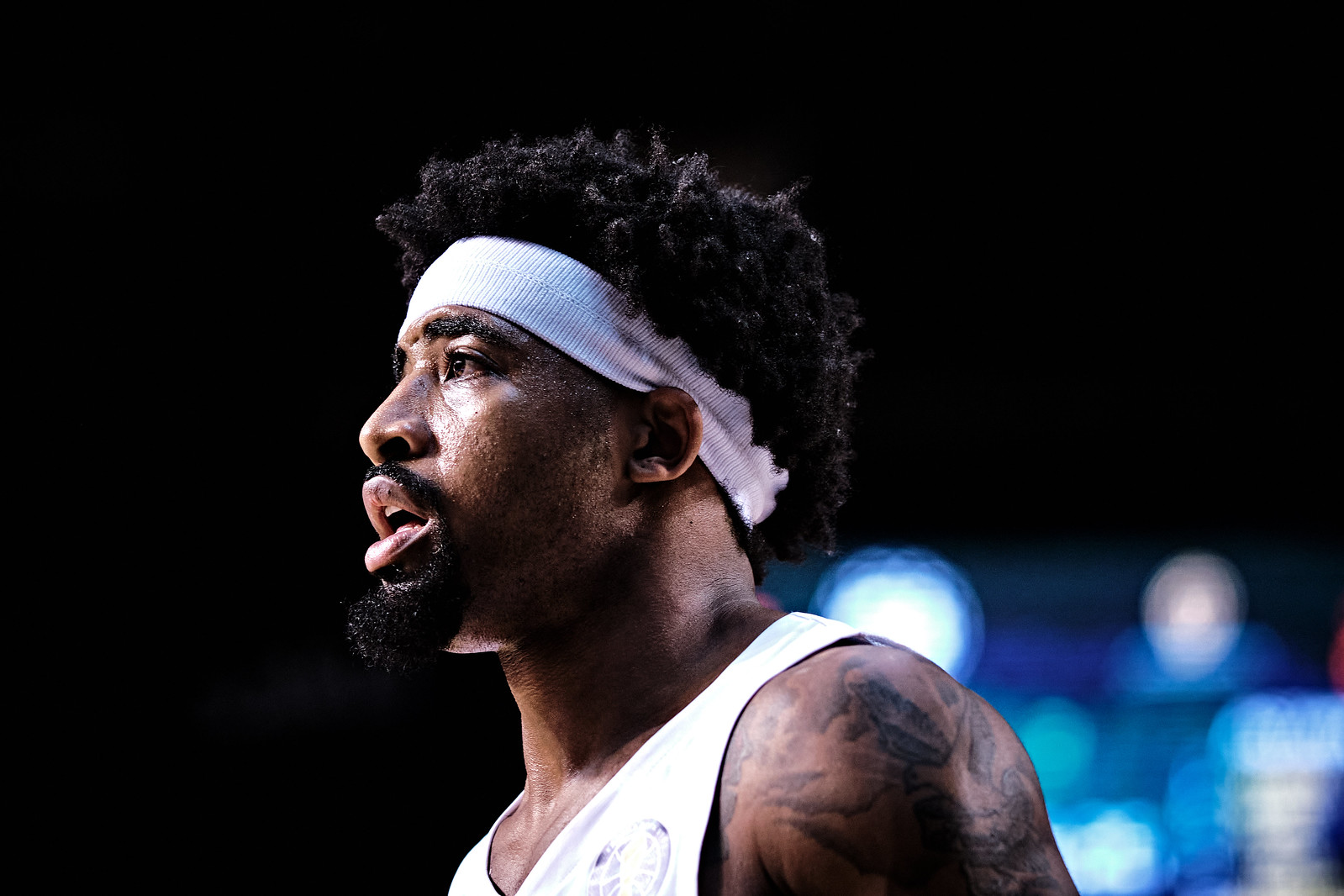 This is not to say that they are clear outsiders of the season. Yes, the team has lost not only last year’s internationals but also important local players. For example, the sniper Krisjan Kitsing moved to Rytas Vilnius, and Janari Joesaar went to Spain’s Manresa.

Kalev already has a new hero – guard Marcus Keene, who is in the top 5 best scorers of the championship. The American proved to be great in the game in St. Petersburg, and Zenit won with difficulty (91:83); and in general, he is the leader in the team in points (19.7) and assists (7.7). Tallinn have a fairly strong fighting force, and coach Roberts Stelmachers knows how to make a whole team out of a set of players.

So far, Kalev has no victories, but this will probably change soon, because in the next month and a half the Estonian team will not have the most difficult schedule.