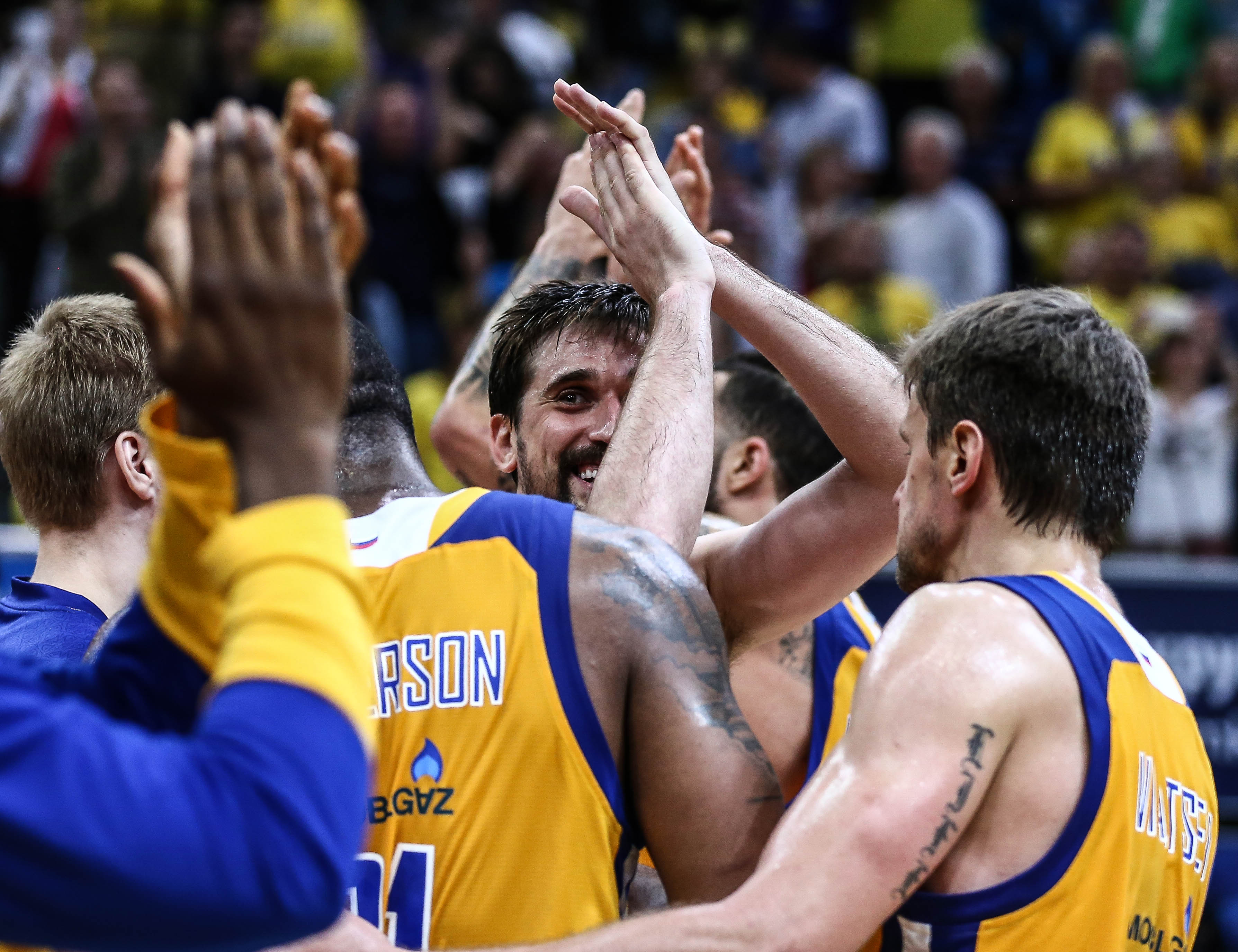 Story
Alexey Shved capped a remarkable quarterfinal performance with 33 points to eliminate Lokomotiv-Kuban and lead Khimki to the Final Four. The Yellow and Blue trailed by five at halftime, but a pivotal 3rd quarter shifted the momentum as Khimki cruised to a series-clinching win.

The Russian superstar averaged 28.3 points in the sweep, including 65 combined points in Games 2 and 3. Despite finishing the regular season with a 13-11 record, Moscow Region was able to flip the switch in the postseason and crush Loko’s Final Four hopes.

Like Game 2, the Railwaymen began the game on fire, ripping off a 10-0 run behind a pair of 3-pointers from Pavel Antipov. Moscow Region responded with a 15-0 run of its own and led 25-23 at the end of the 1st quarter. Shved did most of the damage, knocking down four 3’s in the period to bring the home team back. He also set the tone for Khimki’s offense, which finished with 14 triples on 43% shooting in the victory.

Lokomotiv regained the lead in the 2nd quarter, using an 11-0 run to go up by as much as 11. Khimki, however, was able to claw back to within five at the break, thanks in part to this vicious Anthony Gill block on the final possession.

Gill’s swat signaled the beginning of the end for Lokomotiv. Khimki forced six steals in a momentum-shifting 3rd quarter, including four by Gill.

Alexey Shved added nine points (27 through the first three quarters) and the home team turned a five-point deficit into a five-point lead at the end of the period.

It was all Khimki the rest of the way. Moscow Region drained an unbelievable four consecutive 3-pointers early in the 4th quarter to go up by 14 and drain Lokomotiv’s comeback hopes.

The visitors never got closer than a dozen points the rest of the way.

The victory makes Khimki the first team to reach the Final Four in Moscow next month. Lokomotiv returns to Krasnodar to lick its wounds after a disappointing finish to the season.

Series MVP
Lokomotiv-Kuban had no answers for Alexey Shved. He began the series with 20 points in Game 1, before igniting Khimki to crucial Game 2 and 3 victories at home with 32 and 33 points, respectively. The Russian guard knocked down seven of 14 triples in today’s game to go with 10 assists and two steals.

Quotes
Khimki head coach Georgios Bartzokas:
– This turned out to be a tense, high-pressure game, which is normal, especially for our team. I want to give credit where it’s due and thank the players, fans and entire front office with our series win over a very strong team–Lokomotiv–in three games in less than a week, no less. It’s not easy at all because Loko was undefeated in the EuroCup. Winning the series 3-0 is a big accomplishment, especially given our problems. Everyone knows we have a lot of injured players. Our entire frontcourt is injured–Sokolov, Pateev, Robinson, Todorovic, Gill. We can’t even hold normal practices. We have to bring in reserve players, who’ve been a big help. I want to especially emphasize this so that everyone knows how tough this stretch of the season has been for us. At the same time, we’ve played 34 games in the EuroLeague, while Loko played 22 or 23. The intensity is much higher in the EuroLeague and we had to bring a totally different level of effort against top teams. We look completely wiped out physically and emotionally. Along with our injuries, making the Final Four is truly a big accomplishment. A big thank you to everyone. Congratulations to the team. I also want to congratulate Loko. They managed to build an excellent team, which played really well.

Lokomotiv-Kuban head coach Sasa Obradovic:
– Congratulations to Khimki. I wish them luck in the Final Four. I’m confident a team with that roster can make the EuroLeague. As for our play, there’s not much you can say. We fell apart in the second half, but I have nothing to complain about and I don’t want to criticize my players at this time because they gave everything. If you look at the season overall, we mostly had good stretches and everything went extremely well for a while. Perhaps losing our best player, Ryan Broekhoff, was the turning point. Given all of the problems our team faced in the last few weeks, we could not have played better than we did. We had issues on offense for the third consecutive game. We missed a lot of open shots and it’s tough to beat a team with an unbelievable player like Alexey Shved when you shoot that type of percentage. 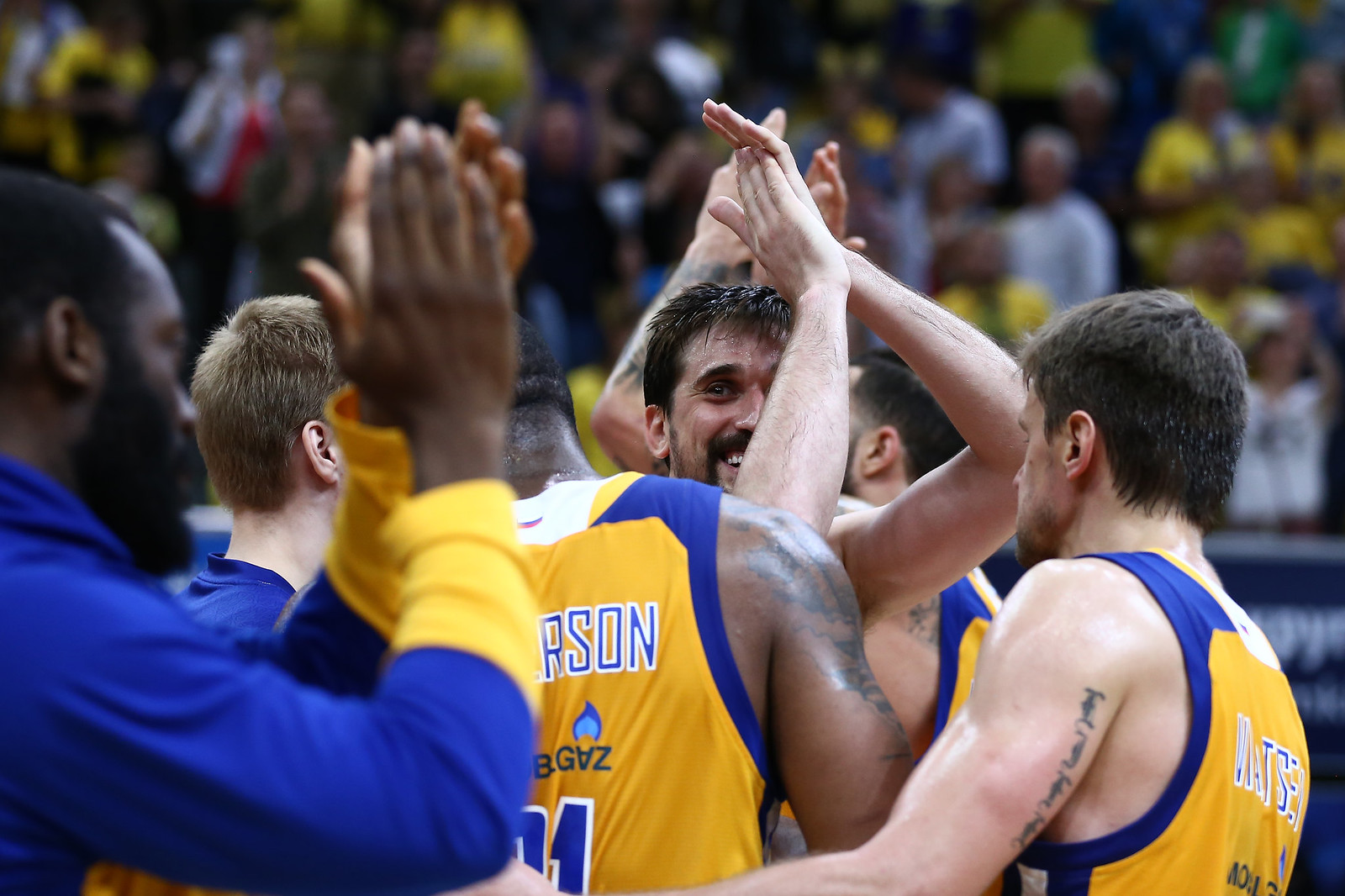