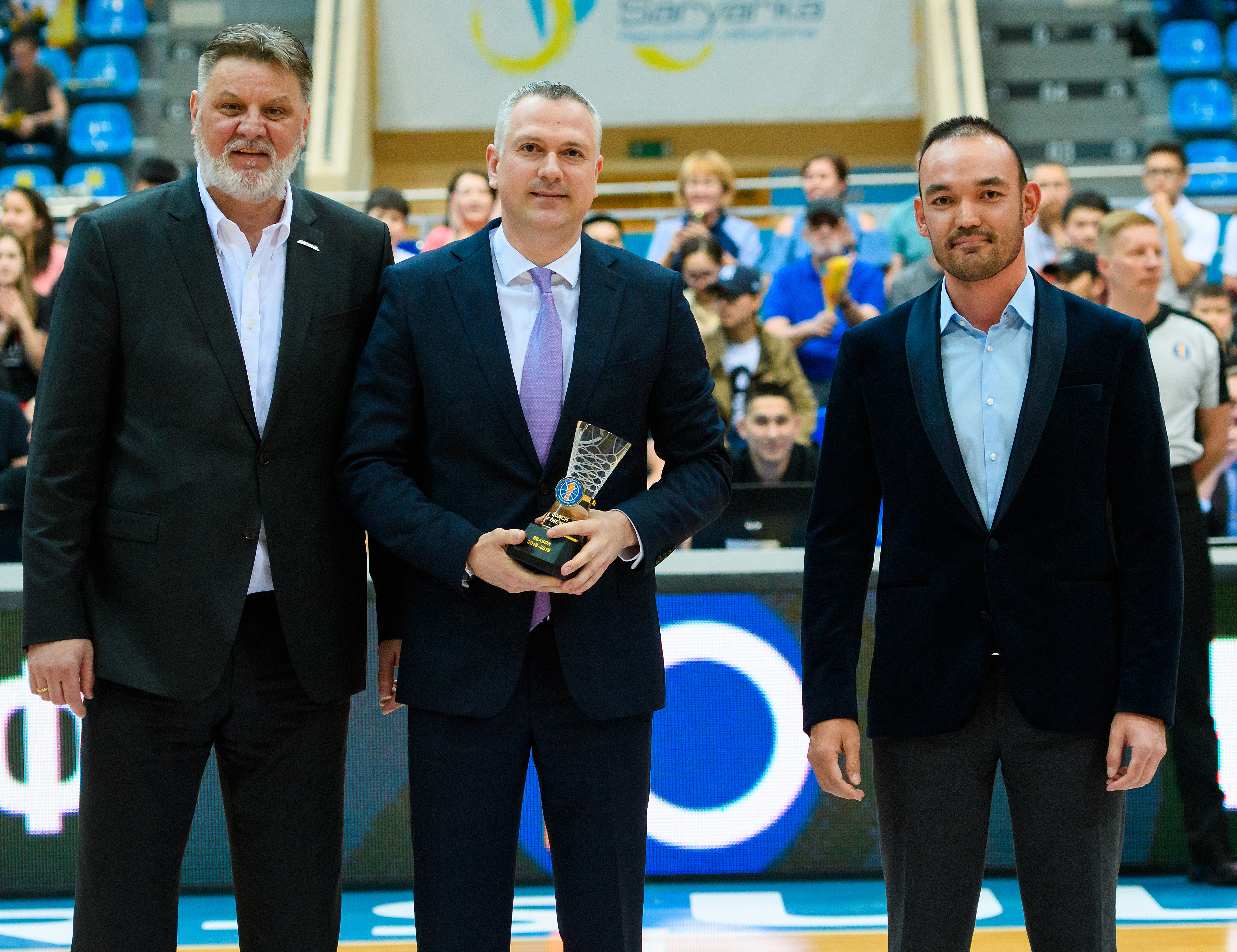 Astana head coach Emil Rajkovic has been named the 2018-19 VTB United League Coach of the Year. The award ceremony was held today in Nur-Sultan prior to Game 3 of the quarterfinals between Astana and Khimki. Kazakhstan National Basketball Federation general secretary Alen Tanatarov and Astana general manager and Seoul Olympic champion Valery Tikhonenko presented the award.

This was also the first time in League history that Astana finished the season with a positive +/- rating of 2.7.

This is the sixth time the Coach of the Year has been awarded following the regular season. Previous winners were Khimki’s Rimas Kurtinaitis in 2014, CSKA’s Dimitris Itoudis in 2015, 2017 and 2018, and Zenit’s Vasily Karasev in 2016.