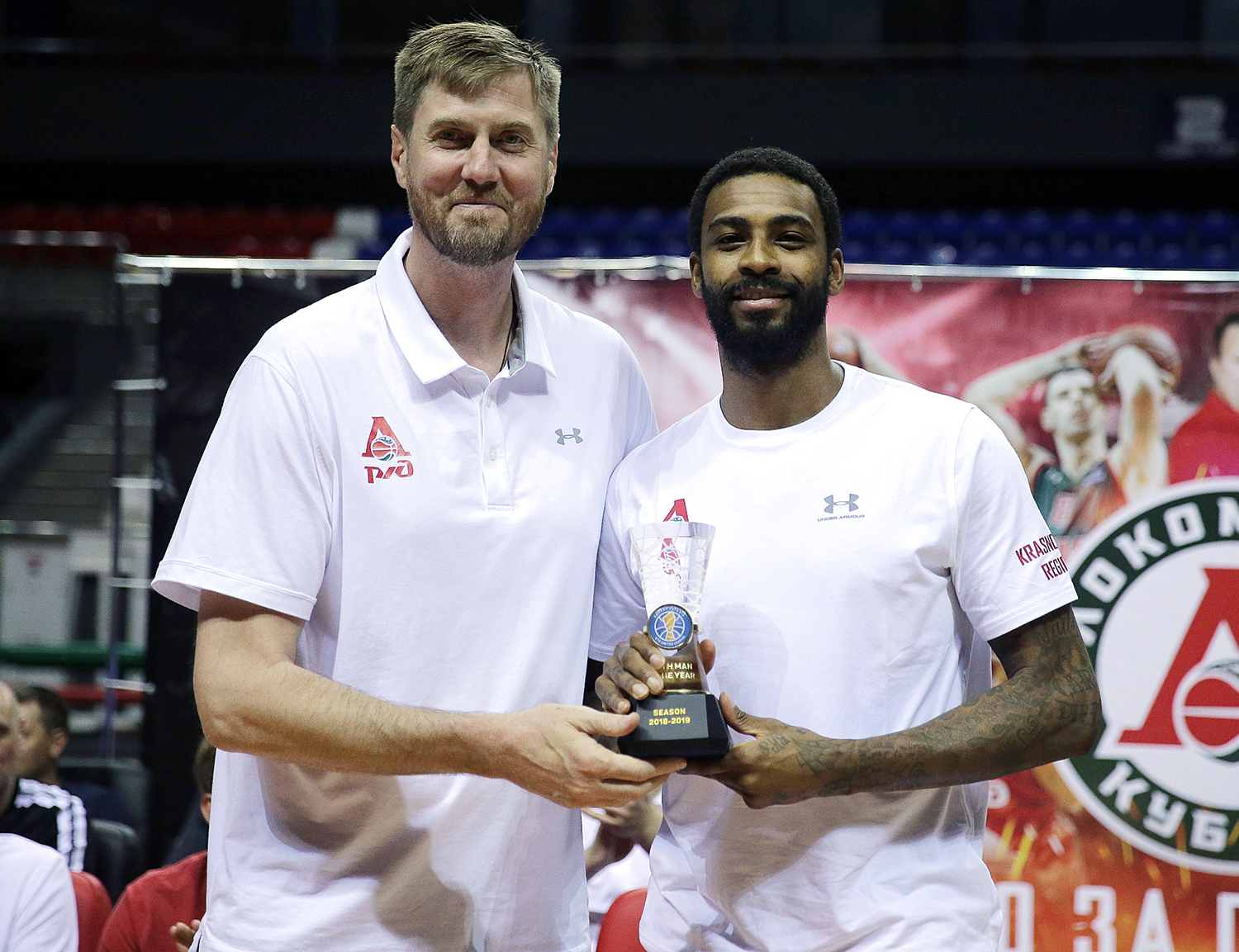 Lokomotiv-Kuban forward Dorell Wright has been named the 2018-19 VTB United League Sixth Man of the Year.

Dorell Wright played in 24 games during the regular season (making 21 appearances off the bench), and averaged 12.2 points, 3.7 rebounds, 1.6 assists and a 13.5 efficiency rating. Wright was a big part of Lokomotiv-Kuban’s success, bringing dangerous shooting off the bench. He finished with the third-best three-point field-goal percentage in the League at 48%.

The Sixth Man of the Year award (players must have started more than 50% of games on the bench) was first given to Khimki forward James Augustine in the 2014-15 season. Since then, other winners have included Khimki guard Petteri Koponen in 2015-16, Enisey big man Suleiman Braimoh in 2016-17 and UNICS guard Jamar Smith in 2017-18.

“Thank you to the VTB United League for naming me the Sixth Man of the Year,” said Dorell Wright. “This means a lot to me. Of course, I could not have won the award with my teammates. It’s a big honor and feels great.”