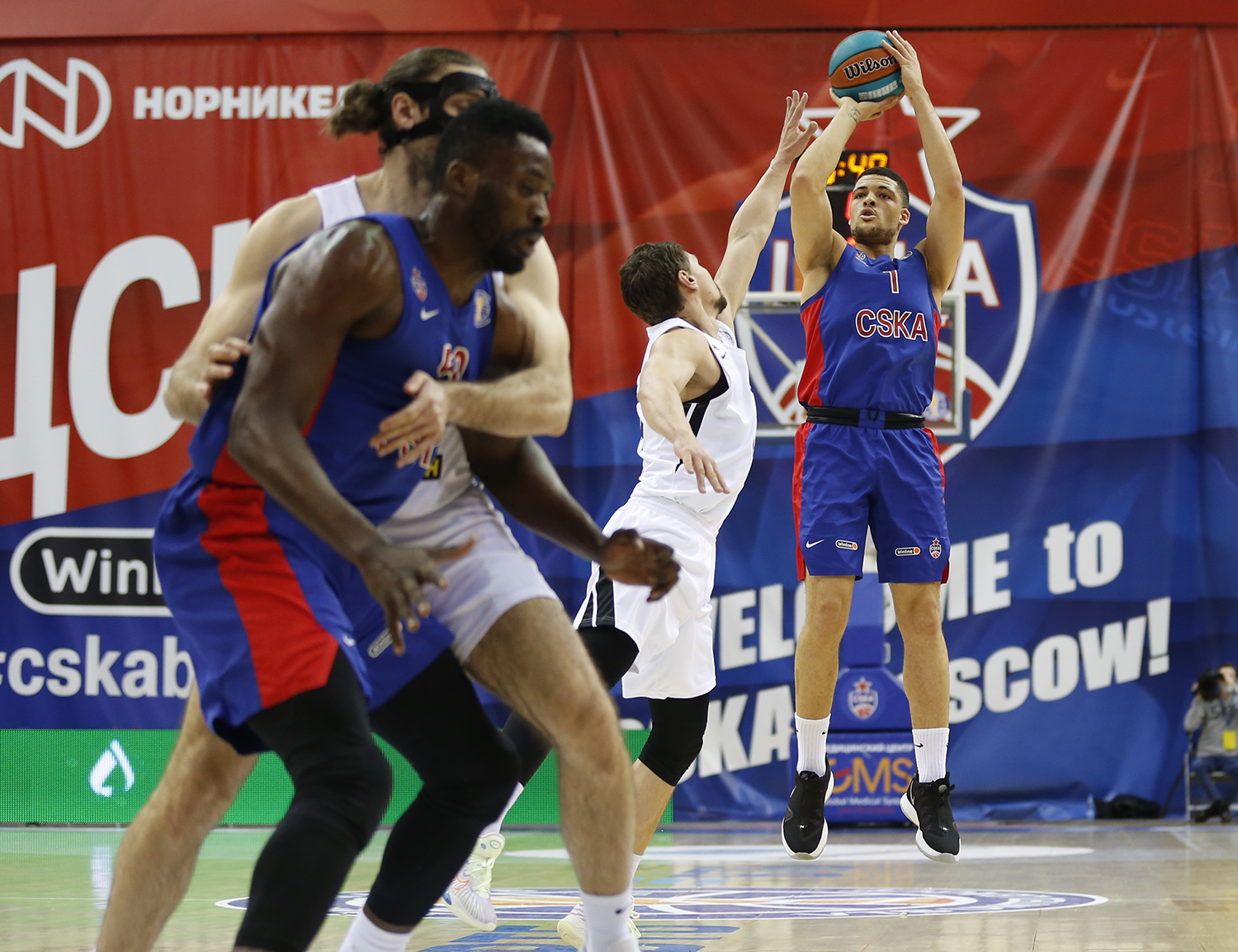 Story
The hosts had a theoretical opportunity to move up to third place – for this they had to beat Nizhny and hope for UNICS to win in the game with Lokomotiv-Kuban. Nizhny had already secured the fifth place, but Volga did not lack motivation either – they had not won against CSKA since 2015.

The guests started very actively – Sergey Toropov, who showed himself brightly in the game against Zenit, terrorized the CSKA’s paint, and Anton Astapkovich carried a threat from beyond the arc. In the red and blue, Michael Eric and young Alexander Khomenko scored 6 points each in the quarter. At the end of the quarter, Darrun Hilliard and Ivan Ukhov helped the hosts get ahead with long-range sgots, but Astapkovich and Toropov made the score equal in the first 10 minutes – 22:22.

The second quarter was also on the swing. Nizhny started it with a snatch 7:2, but CSKA managed to quickly even the score. The teams actively exchanged three-pointers, and young Russians also distinguished themselves along with the experienced Hilliard and Petrasek – Daniil Kochergin at CSKA and Ilya Platonov at Nizhny. Towards the end of the quarter, Zoran Lukic’s team produced another mini-run and, due to this, finished the first half, leading – 47:46.

After a long break, Nizhny continued to build up pressure. Several times the guests came off at a distance of 6 points, but Iffe Lundberg brought the army team back into the game with two precise threes. CSKA shooters felt confident in the shot – until the end of the quarter, apart from Lundberg, Ukhov (twice) and Kochergin distinguished themselves. But the main changes were observed in the defense of Dimitris Itoudis’ squad – CSKA allowed Nizhny to score only 14 points in a quarter and before the start of the final quarter led with a score of 68:61.

Key moment
But Nizhny did not intend to give up. Volga, which included young Platonov, Timofey Gerasimov and especially 19-year-old Alexander Chadov, rushed in pursuit and reduced the gap to “-1”. Attempts by CSKA to organize a comfortable advantage did not lead to anything – after another “bomb” performed by Ivan Strebkov, the hosts were still leading 85:84 20 seconds before the end of the game.

Nizhny’s tactical foul fully justified itself – Semen Antonov failed to convert free throws, and Nizhny still had the opportunity to secure a victory in the last possession. But first Antonov rehabilitated himself, covering Strebkov’s shot driving, and then Luke Petrasek, who picked up the ball, failed to get it into the rim. 85:84 – CSKA continues its winning streak against Nizhny. But due to the fact that Lokomotiv-Kuban beat the Kazan team, CSKA ranked fourth in the regular season.

Hero
Iffe Lundberg. The last and actually victorious 6 points of CSKA in this meeting were on the account of Lundberg, who became the top scorer of the game.

Comments
CSKA head coach Dimitris Itoudis:
– This is not the game. Now we are in the midst of the Euroleague playoffs, followed by the whole of Europe. Hopefully, the whole of Russia, because two Russian clubs are participating in it. We had to play this game, which was postponed to this date due to COVID. At the same time, our opponent Fenerbahce did not play games. So the main goal for us was to protect some of the players, to give them rest. As for this meeting, I would like to congratulate all its participants. Everyone tried very hard, both the base players and the guys from the youth team, who are constantly involved in our training process. The game turned out to be interesting and we won.

Nizhny Novgorod head coach Zoran Lukic:
– Congratulations to CSKA on the victory. You saw how the game went. For objective reasons, both CSKA and my team took care of some of the players. CSKA has important games ahead in Turkey, we have the Champions League Final Eight. This means that we need to keep the players fresh, we thought about this already in the game against Kalev. It’s a pity we had the opportunity to win with the last shot. There are no comments for this. If two seconds before the end you can’t hit from half a meter, you probably don’t deserve to win this game. 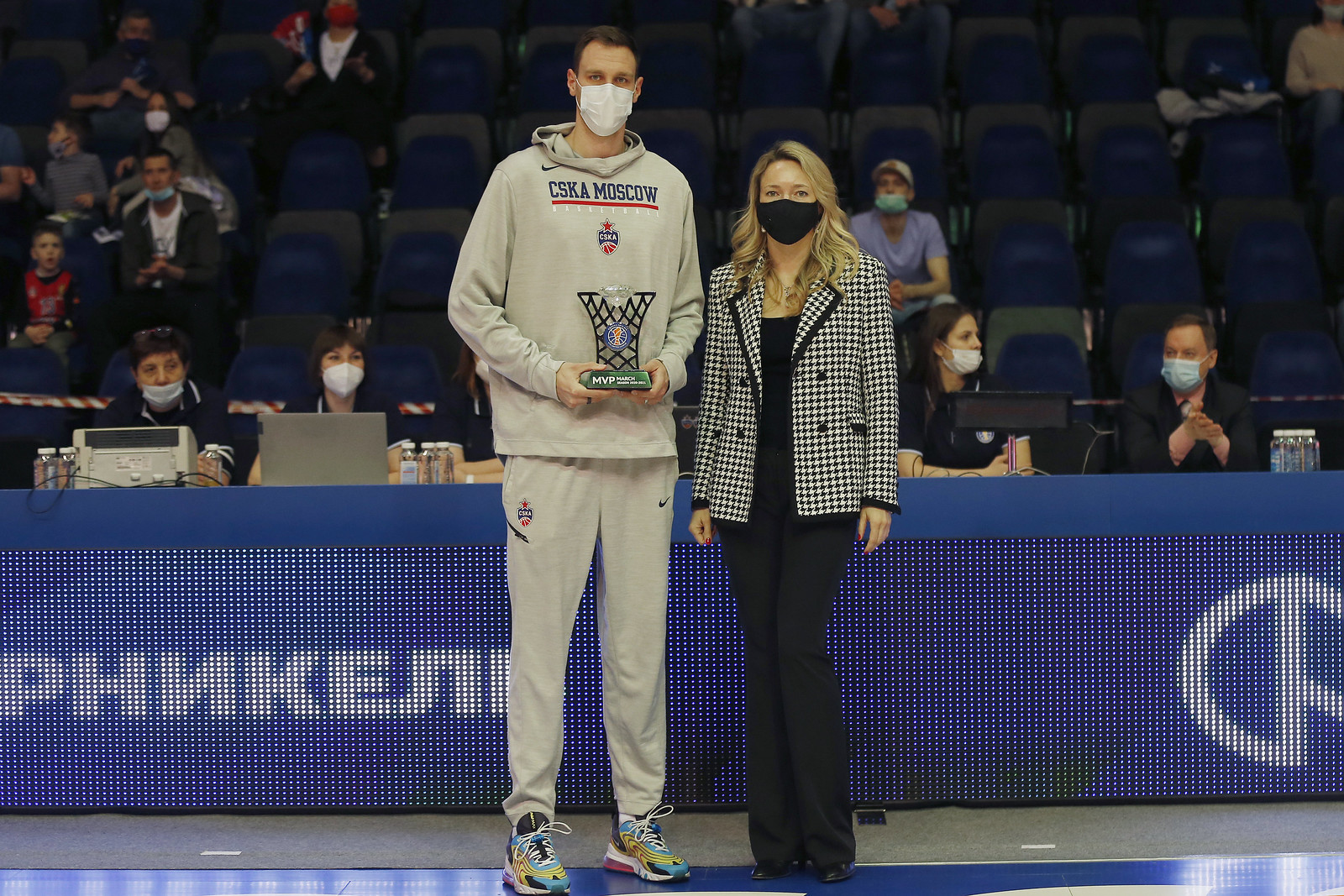