Zenit point guard Billy Baron is spending his second season with the team from St. Petersburg. In the United League 21/22 season, he is one of Zenit leaders in offence, scoring an average of 14.3 points with 47.3% from the perimeter.

In the interview to Above the Rim, Baron talked about how he decided to move to Europe, about his sniper talents and about the athlete’s psychological state before and after the games.

– Billy, this is your second year with the team. You should have already felt like you belong in St. Petersburg. Is it so?
– Yes, I already feel at home here. After all, there is a big difference between when you come for the first time and how it is now. I already knew where I would live, which favorite restaurants I would go to, where I would get my coffee, where the best cappuccino is. Such small details give a sense of home. I have a lot of favorite restaurants in St. Petersburg, as I am a delicious food lover. The list is very long. But I’m not a big fan of museums.

– When you joined Zenit, weren’t you feel confused by the prospect of playing in Russia??
– My brother played here in 2013 for Loko, he prepared me for a trip to Russia, told me what to expect. I have visited about 30 countries, so nothing really surprises me anymore. I wasn’t particularly scared of Russia, , I really wanted to get and play here. See different parts of the country, for example, Krasnoyarsk. Despite the fact that it’s far away and it’s very cold there, it’s still cool to visit. And when I return home to America, I tell my family stories about how -40 degrees there. So it’s a very cool experience. I also adore Moscow and St. Petersburg, the fact that my family has the opportunity to visit – I really appreciate it and love to tell about Russia to my family.

– What are the most absurd stereotypes about Russia have you heard? Has at least one stereotype been confirmed?
– All the stories from Russia are unique, I never thought that I would get off the plane in Krasnoyarsk in December and it would be -40 degrees on the street… I thought: “Wow, that’s where basketball got me, it’s so cool!” The opportunity to play in Moscow? Yes, when I was little, I would not even have thought that I would ever visit here at all! And of course, my family experience and opportunity to visit such place – if it wasn’t for basketball, none of this would have happened. By the way, I haven’t seen any bears yet. But I’ll be watching!

– You played in the NBA Summer League twice, but both times something was wrong. Tell us about this experience.
– My first chance was in Chicago. It was my first year after university and my best chance to get a foothold there. The second time in Detroit, I wasn’t particularly in priority. I had couple offers in my first year, but I had a very attractive offer from overseas and, as I said, my brother had already played in Europe, so I understood what a career can be there. Therefore, I took it very seriously and moved to Lietuvos Rytas, it was in 2014. Of course, everyone wants to stay where they come from and get in the NBA, but you can also build the great career in Europe. I also wanted to provide for my family and see the World! 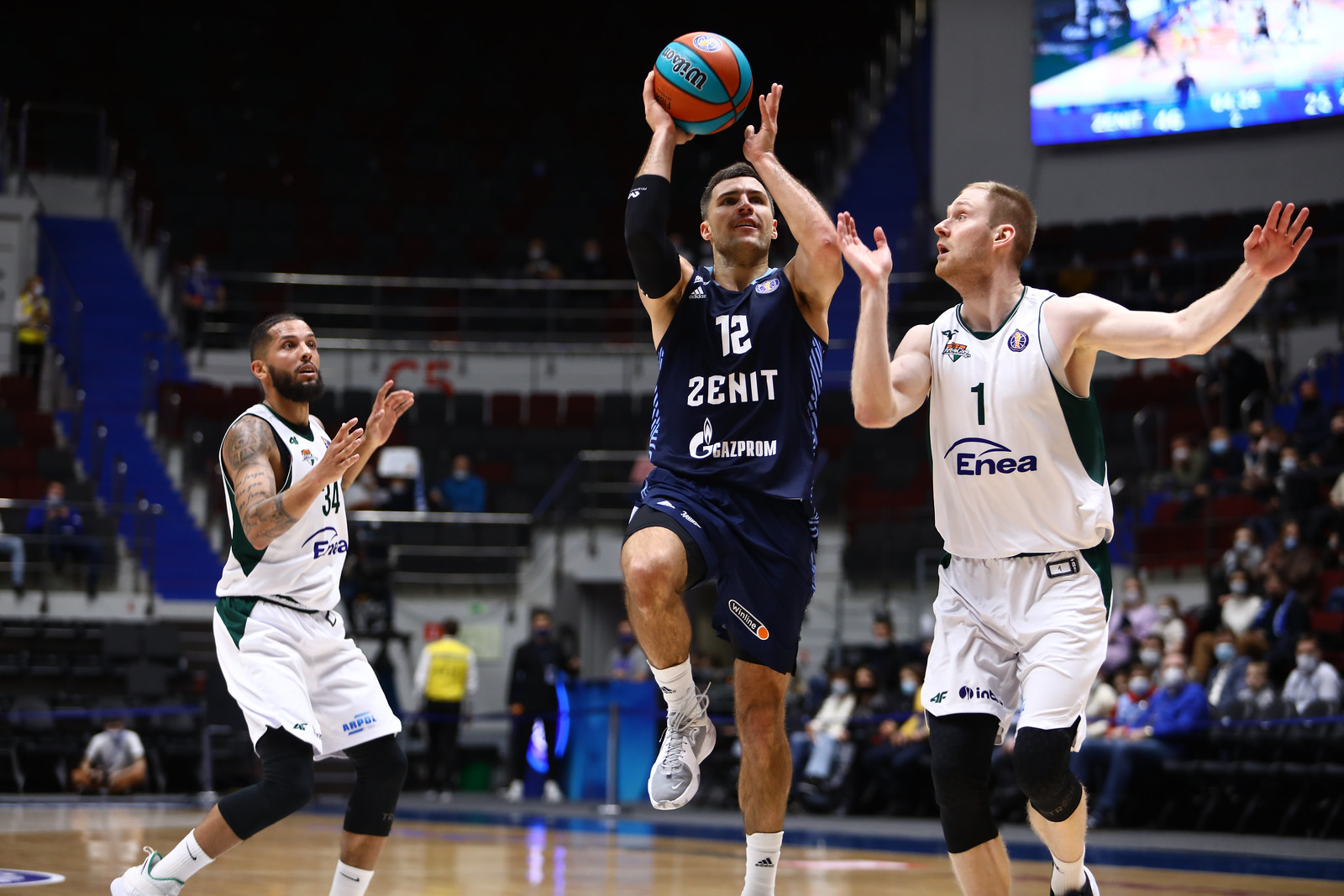 – So you gave up your dream on playing in the NBA?
– No. I think we all want that. But in fact, the Euroleague was also my dream. This is my third year in the Euroleague, I’m trying to show a stable game and I want to become one of the best shooters in Europe, this is my motivation right now. I want to win the title. We were very close last year and I was able to feel it, so this year I want to win something. I’m already 30, and I want to return home when my career is over and I have something to show my family. I really want to win the title.

At the same time, it took me a while to feel that I could succeed here. My first year in Europe turned out to be a bit heavy. In the second season, I played in the EuroCup and began to succeed there. I have the most powerful support, my family is always with me. It’s very hard to do all this alone, so far from home. I played well, but I had the support of my family, they always told me that I could. Perhaps their opinion was biased, since these are my relatives, but still they gave this faith.

– Your three-point shot keeps teams all over Europe scared. Is this your natural talent or has Billy Baron ever shot not so well?
– I do not know if my three-pointers can be called a talent or not, my brother and I worked very hard on shots in our childhood. I follow the players a lot, I watched YouTube. When I was young, I followed J.J. Redick, now I’m  following Steph Curry. I’m trying to identify their formula for success. And I regularly work on it, no matter if I’m in an empty arena or in arena with 12 thousand fans. I’m just trying to do the same thing – that’s the most important thing in shooting. 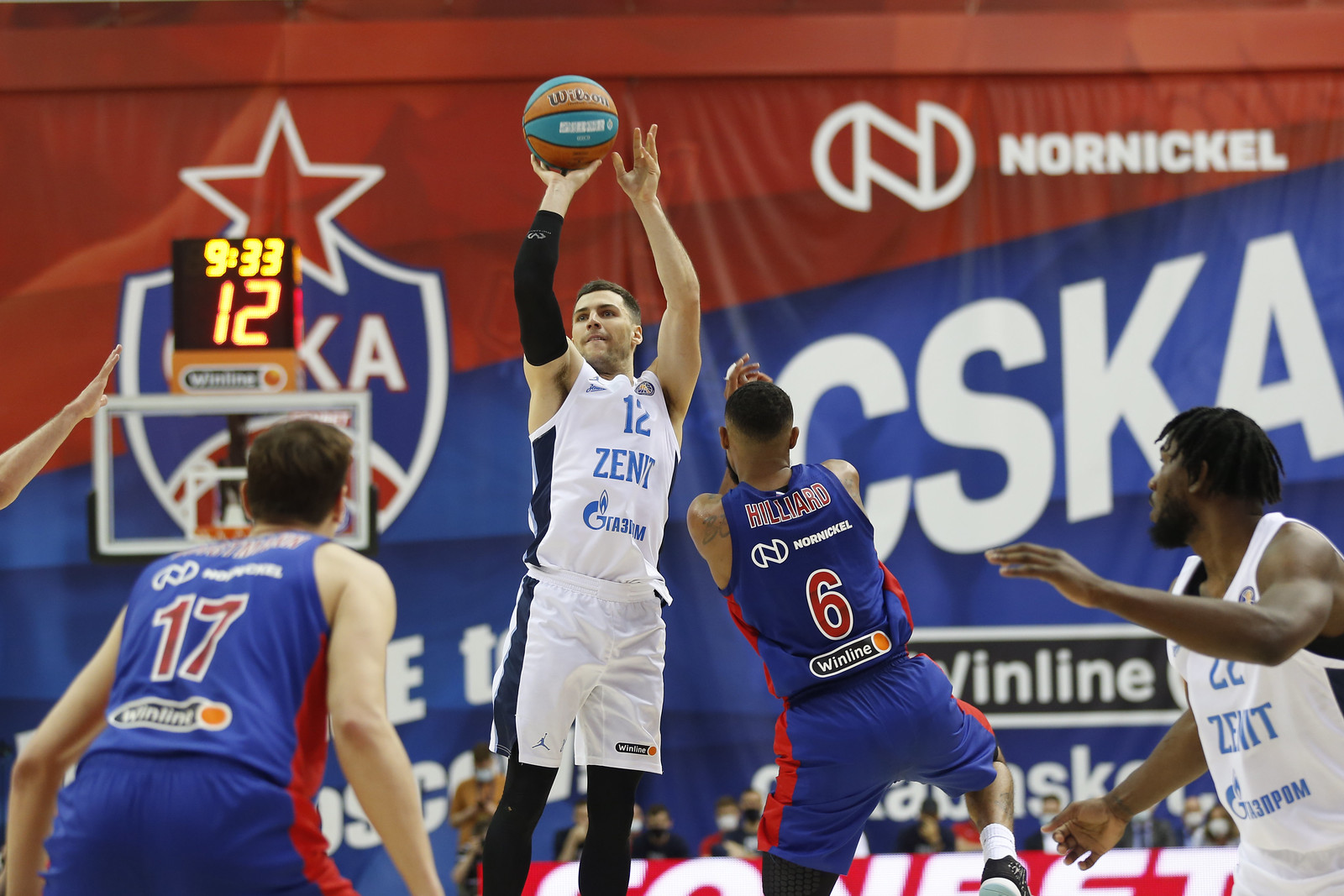 I don’t like to think that I have a good three-pointer. I try to think that I still have space to grow, and it seems to me that everyone who wants to achieve their goals should think this way.

– And what is your weak side? What would you like to change in yourself?
– I think I need to improve such minor moments as defence in the paint and during switches. I try to play smarter and try to realize that scoring points is not always the main thing, but such small, insignificant things can lead you to the titles.

– At the last VTB United League All-Star Game, your former teammate Vitaliy Fridzon scored 16 three-pointers! Is it a lot or, considering that the game was not so serious, not really? Can you repeat his achievement, do you think?

– Well, no! Fridzon is a legend, and I wouldn’t want to compete with a legend. No, seriously? 16?! Yes, it’s not normal! This is for sure his record, and it seems to me that no one will ever beat it again.

– To shoot three-pointers in the last seconds, you need to have calmness. Do you have this quality? Where else does this feeling appear in besides basketball?
– You should ask my wife about that. I need to get out of basketball a little bit. I’ve been playing basketball all my life, so to figure out where else I’m cool, I need to look around a little. But I think that’s what I’m going to do after basketball.

– What do you do in your free time?
– I would really like to say in this interview that I read a lot, but it’s not – I don’t really like to read. I like to listen to something, especially podcasts. By the way, I’m currently interested in real estate topic, so I listen to a lot of podcasts about it and things that are not related to basketball in order to distract myself and switch to something else.