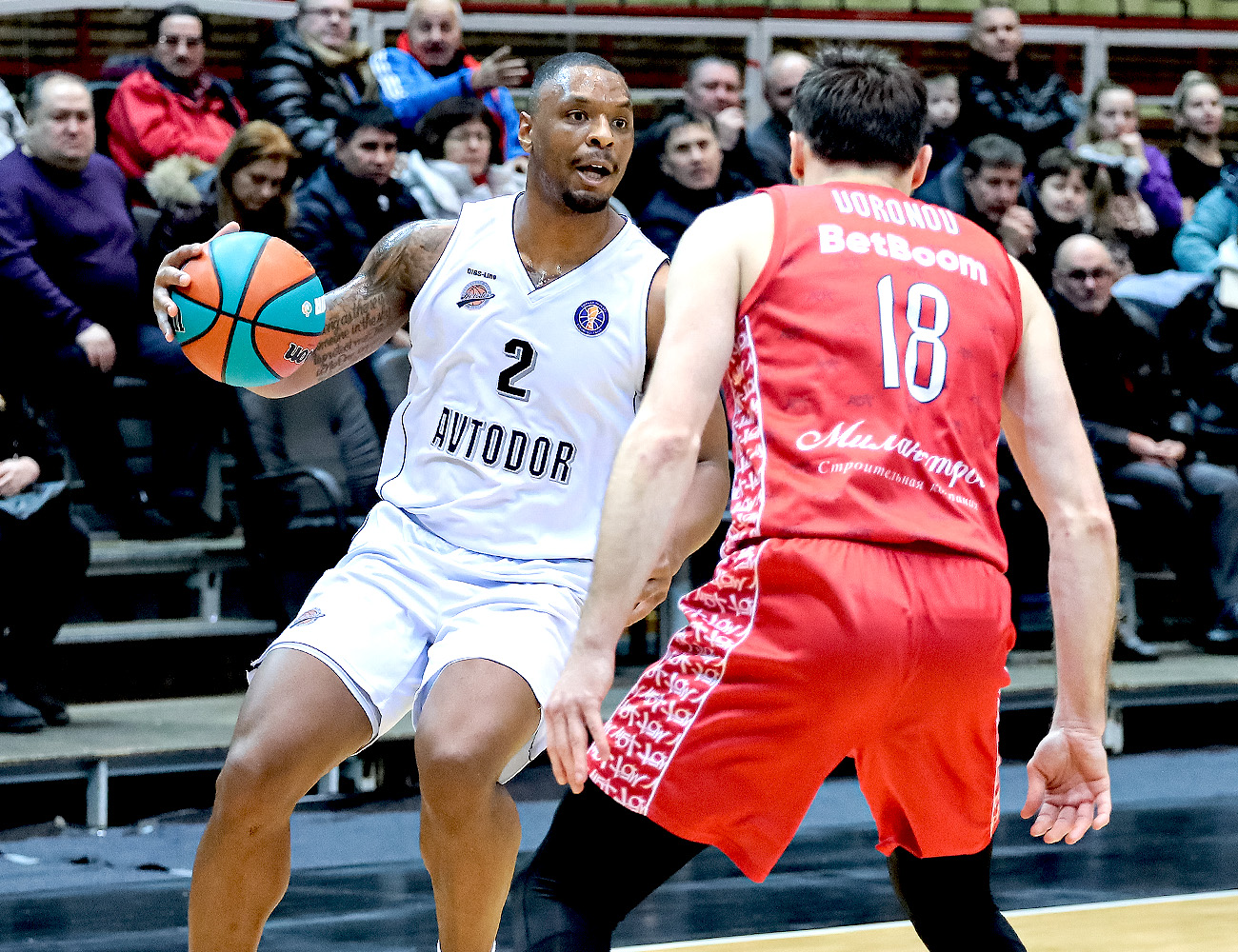 Game progress
Avtodor and MBA had 4-9 and 9-4 before the face to face game. Both teams slost players: Ryan Boatwright did not play, Alksxandr Khomenko is out for a long time.

The absence of the key guards affected the style of play. In the first quarter, the opponents did not socre a lot – 13:11 MBA led. In the second quarter, the teams started to get involved into the game. The Moscow team had a good segment when in just 1 minute 13 seconds Ilya Platonov, Timofey Yakushin and Andrey Lopatin scored three-pointers MBA had a double-digit lead – 25:15. Avtodor tried to hold the newcomers, but the Saratov team had low three-point percentage – 1 out of 11 in in the first half, 9.1%. The first half ended with 35:28 and the guests led.

In the second half, the balance changed. Avtodor led by Malik Newman turned on – 6 thee-pointers in 10 minutes. Rada Zagorac and Brandon Garrett did not allow MBA to play better perimeter defense, making effective drives in the paint. The Saratov team completely outplayed the Moscow team in the third quarter (29:11) and had 11-point lead before the fourth quarter.

At the beginning of the fourth quarter, Evgeniy Voronov helped his team to come back to the game with his 2 three-pointers – 55:58.

The key moment
At the end, Avtodor had 3-poin lead. Garrett and Newman mid-range shots were important, after which the Saratov team led 66:59. And even with Newman turnover and missed three-pointer, the teal still had the lead. At the decisive moment, Ilya Platonov missed three 27 seconds before the end, after which Newman rehabilitated 4 free-throws made.

Avtodor ends the losses streak and equalised PARMA-PARI in the standings, which retains 8th place only in additional stats.

Hero
Malik Newman. Before the game, Darko Russo said that the legionnaire might miss the game due to illness, but Malik came out and took on the role of leader. Newman has 25 points (8 of 12 from the game), 6 rebounds and 3 assists.

Numbers
18 – Avtodor won the third quarter with such a difference, which largely affected the gma eresult.