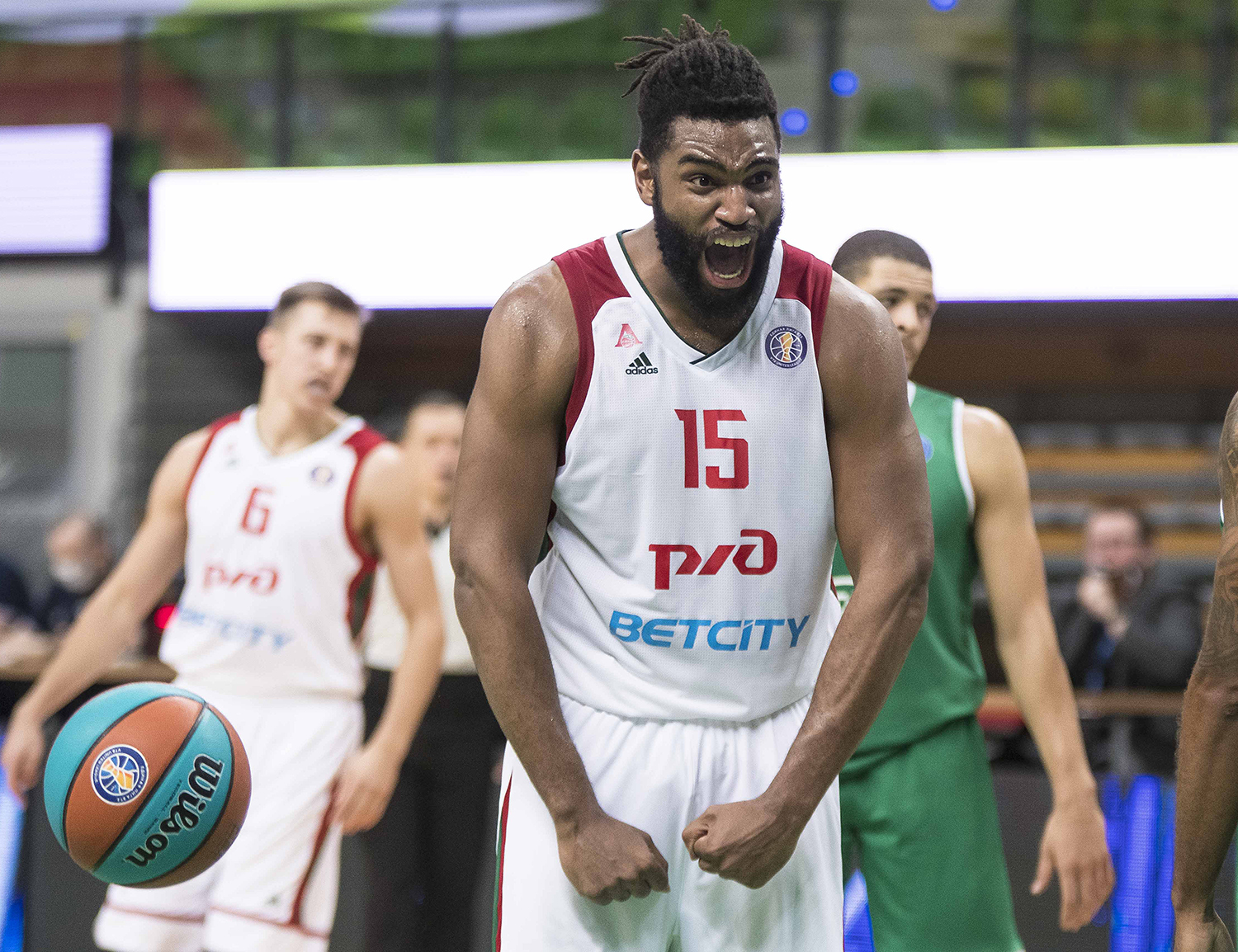 Every VTB League season brings new heroes. 2020/21 season revelation is Alan Williams. The center adapted at the second year in Loko and literally hacked the stats. He made double-doubles in three of four games, and was a step behind in the fourth game (missing one rebound). Today Williams leads the rankings in key stats like points scored (24.5), rebounds (13.3) and efficiency (31.3), and competitors are way behind. Let’s see how it happened.

Alan’s great fitness
In this ‘coronavirus’ season, physical shape will make a difference for a long time. Many clubs have rushed through preseason, some players and teams were in quarantine. Everybody’s used to the fact that teams get on the floor in weakened rosters.

Fitness is key advantage is this context. Alan Williams started the season in great shape. The center looks more powerful, athletic than his opponents. He’s capable of delivering stable performance with more than 35 minutes on court.

His activity in the paint proves his conditions. The American averages 4 offensive rebounds which helped him score 18 second chance points this season.

However, physics can’t be deemed the only factor. Alan Williams improved his technical performance. He has doubled shots made this season, and efficiency grew which is a rare occasion for basketball.

Krasnodar’s offensive styles suits the player. If we look at the stats, we’ll see that the American scores most of his points off pick and rolls.

In modern basketball, pick and roll action works for benefit of small guys. The guards use screens for open shots, drives or perimeter assists. Meanwhile, Loko often does it in old fashioned manner. With skilled players, the thing still works. Great stat prooves that.

Nonetheless, pick and roll offense requires excellent point guard, and here Williams is lucky again. His duo with Mantas Kalnietis looks like a killer feature in VTB League right now. Getting more experienced, the Lithuanian shifted his focuse into assisting. This has an impact on Loko’s display and personal stat of both international players. Williams ranks first in points (24.5 per game), while Kalnietis is way ahead in playmaking race (11.0 assists).

In away game against Zielona Gora, Mantas reset Krasnodar’s club best in assists (17) in VTB League.

Loko lost a bunch of key players in the offseason. It looked like Loko’s competition hopes would be dramatically reshaped after parting ways with Dmitry Kulagin, Vitaly Fridzon, Sam Dekker and Johnny O’Bryant. Especially given that Kuban new signings didn’t seem as bright as the veterans. But the season shows that Krasnodar’s reserve can be a serious boost. The South have already taken their place in leading group and their hopes are to stay there till the end of the regular season.