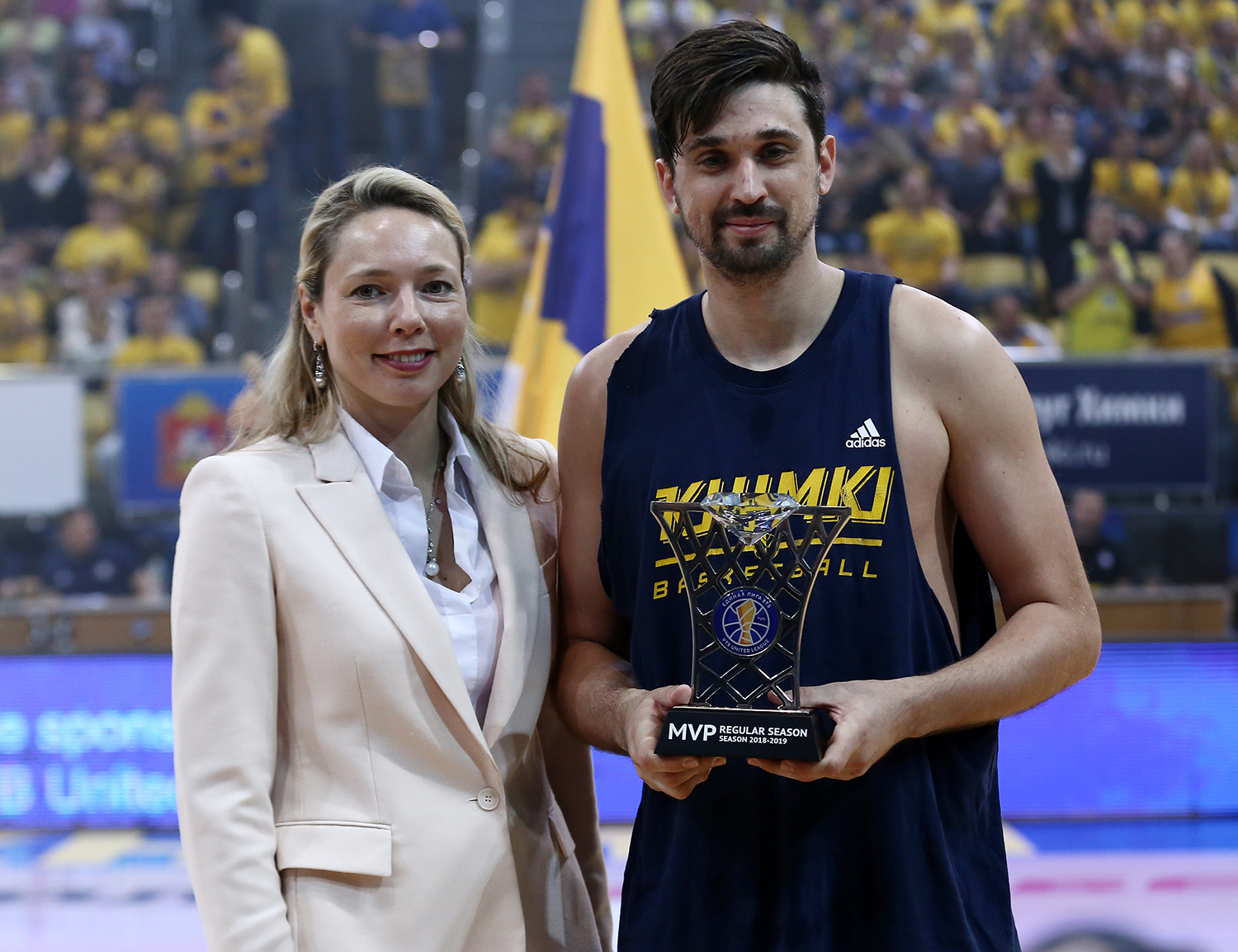 The award ceremony took place today in Khimki prior to Game 3 of the Khimki – UNICS playoff semifinals. The League’s general director Ilona Korstin presented the MVP award to Shved.

Shved also was named MVP of the Month twice, in October and March.

Khimki Moscow Region finished in third place in the regular season with a 20-6 record. Khimki was 14-1 with Shved on the court and 6-5 without him. The Russian guard was the unquestioned leader of the team and one of the League’s most exciting, productive players with the ability to take over any game.

– I’m happy to receive the most valuable player award, – said Alexey Shved. – Thank you to all of the fans for your support! Right now I’m focused on the semifinal series with UNICS. The most important thing for me is to go as far as possible with my team in the VTB United League.