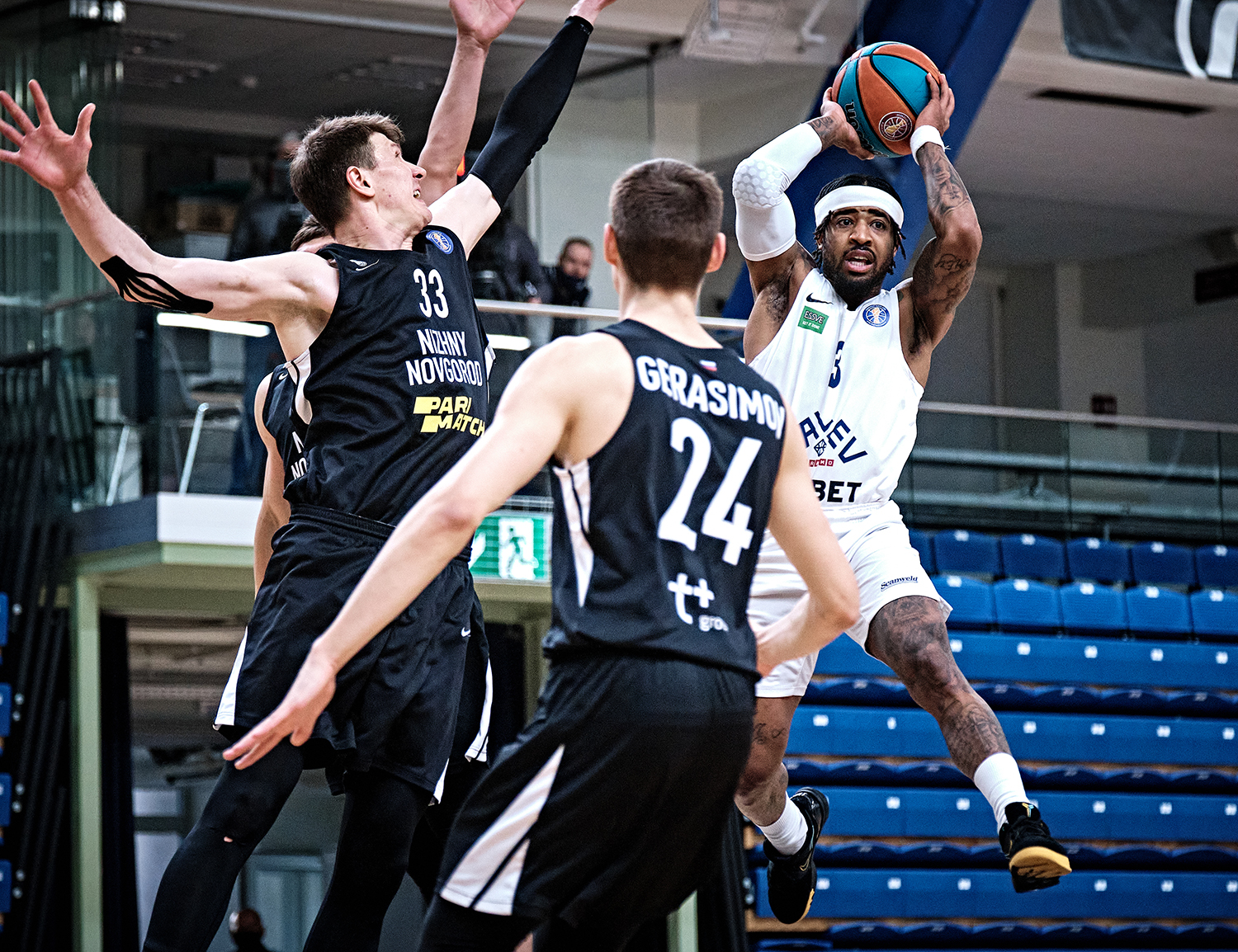 Story
Nizhny Novgorod have not won in Tallinn for more than three years: Volga won their last away victory over Kalev on February 15, 2018. Nizhny had to rectify this situation in a weakened line-up: Anton Astapkovich, Kasey Shepherd, Ivan Strebkov and Artem Komolov got rest and did not arrive in Estonia.

The hosts showed a desire to extend the successful streak from the first minutes: less than two minutes passed, there were 10:3 on the scoreboard in favor of Kalev, and 8 out of 10 team points were scored by Marcus Keene. Nizhny did not remain in debt, by joint efforts he restored the balance by the middle of the quarter. The starting segment set a high pace for the entire first half. In the absence of key players, Timofey Gerasimov became the main Nizhny’s offensive option. The 24-year-old guard was very active in the second 10 minutes, gaining 15 points, 5 rebounds and 3 assists by the big break. But Marcus Keene and Chavaughn Lewis did not allow Nizhny to break away in the score. The American team hit the Volga’s rim with enviable regularity, thanks to which Kalev finished the half with a gap of only 3 points – 41:44.

At the beginning of the third quarter, both teams clearly went wrong offensively: in 5 minutes, the opponents scored a modest 14 points combined. Nizhny Novgorod possessed the initiative and even came off twice by 7 points, but the hosts quickly caught up with their opponents. In the last possession, Alexander Gankevich took over the game and hit a difficult lay-up driving – 64:59 in Volga favor.

The final quarter began with a solo 5-point run by Ilya Platonov, and Nizhny Novgorod’s advantage became double-digit for the first time – 69:59. Roberts Stelmahers had to taker time-out to adjust Kalev’s game. And Tallinn began to slowly but surely close the gap.

Key moment
Stubborn battle pulled the teams into a clutch. Fatal for Nizhny were the mistakes of Ilya Platonov a minute before the buzzer with the score 80:78 in favor of Kalev. At first, the young forward hit only one of two free throws for an unsportsmanlike foul, and in the bonus possession he made a turnover. Andrey Vorontsevich was forced to break the rules, but he did it extremely carelessly and also got unsportsmanlike. More experienced hosts squeezed the maximum out of their position: Kregor Hermet and Martin Dorbek brought 4 points to their team, fixing the advantage at the +5 mark. Nizhny Novgorod simply did not have time for a rescue operation.

Stat
58% – high three-points’ percentage was one of the key factors of the Estonians’ victory. 10 of 17 long range shots by Kalev were successful.

Comments
Kalev head coach Roberts Stelmahers:
– It was a tough game. We had little roster problems, and I think that we spent a good game. We won, I am happy.

Nizhny Novgorod head coach Zoran Lukic:
– We controlled the game almost all the time. Unfortunately, we didn’t hit clutch free throws, Kalev scored 6 points after it. It was the key point of this game. 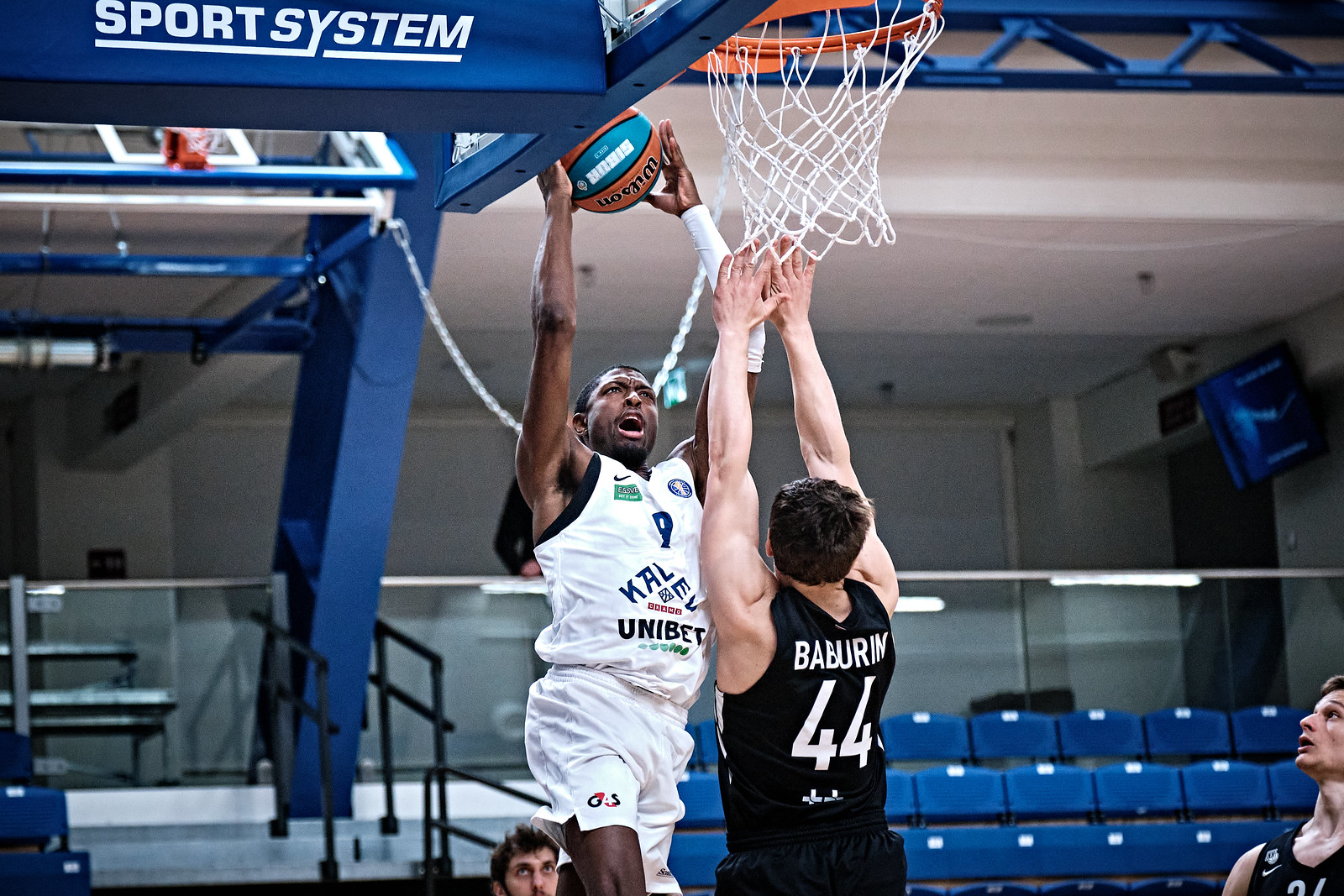