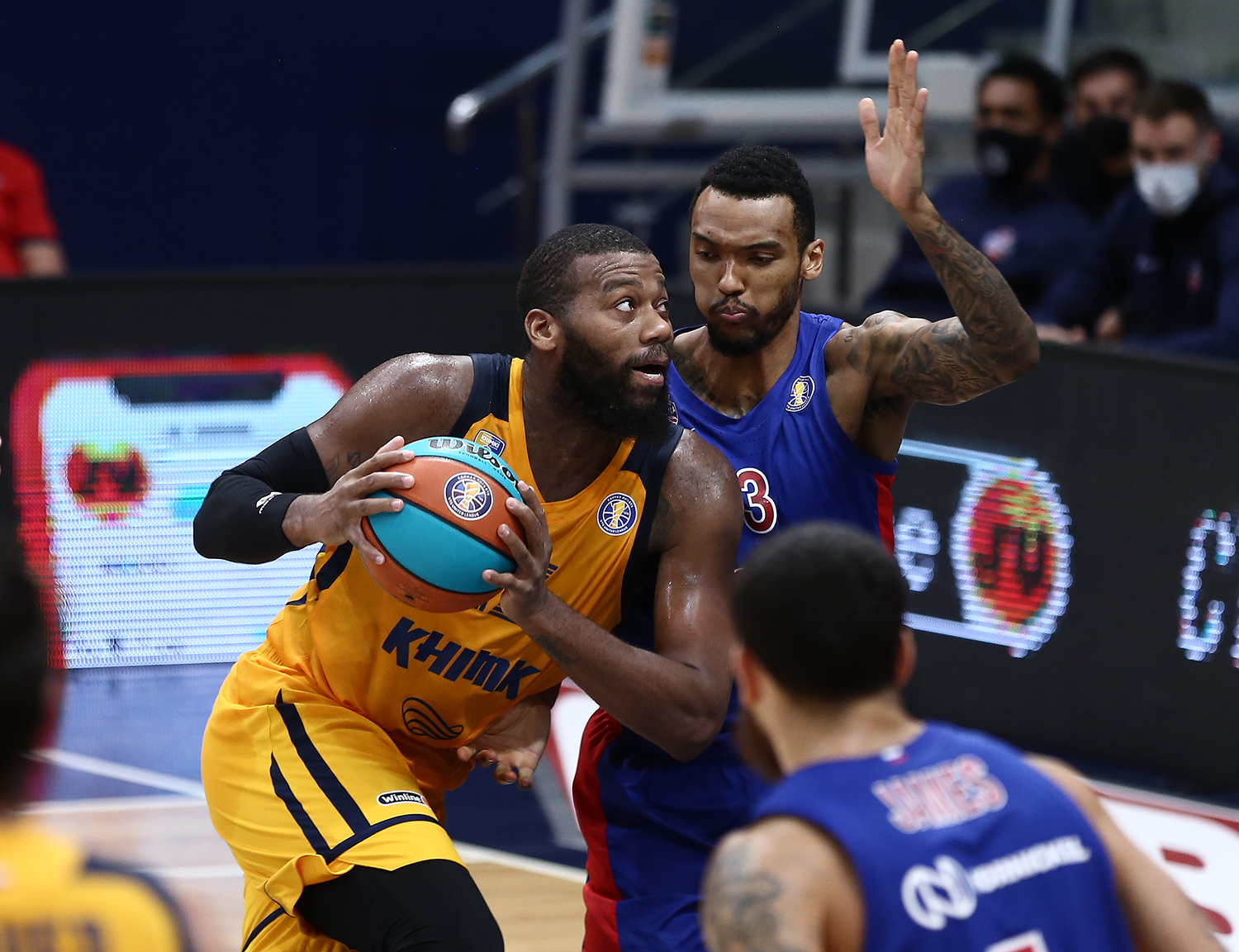 Story
Leningradka derby was one of the most expected games of the late 2020 year. Khimki having had started with a limited roster and played a series of unsuccessful games (2-4) hoped to improve their ranking situation. CSKA with the same roster troubles had managed to achieve 4-1 record.

The Army club looked like frontrunners in the first half with three straight baskets from the pain by Nikola Milutinov in the late first quarter. Khimki leader Alexey Shved hadn’t had the best day with 0 of 6 field goals, 0 assists and 2 turnovers by the halftime break. Snipers from both sides struggled (3/14 for Khimki and 3/10 for CSKA), but CSKA were on track with two-pointers. With all the confidence, the Red-blues didn’t manage to run away. Energy of Greg Monroe and Jordan Mickey kept Khimki alive in the first 10 minutes, and Viacheslav Zaitcev added in the second. Moscow reached 8-9-points margin several times, but Khimki’s sudden boosts helped neutralize the situation and they were trailing by 6 only after the first half.

Errick McCollum stepped up as the floor general after the break. The American scored 8 points and so the fast-paced stage of the game began. Greg Monroe definitely was in the right place (9 points) leaving opposing defense behing. CSKA followed the plan, but had no drive. And Mickey’s blocks were in place if they did. With the third quarter won 21:14, the Yellow-blues were leading by 1 (56:55) before the final period of play.

Shved’s shots still didn’t sink so he switched to build-up plays. Mickey and McCollum scored of his from-the-arc assits – 64:58. And then Shved-Monroe duo brought another basket which was later followed by a simpled screed on the line (and Shved’s first field goal).

Key moment
Having taken the lead, Khimki paced down and tried to get the most of their possessions. 90 seconds before the buzzer, CSKA came back to 5-point differential thanks to Will Clyburn’s free throws, but Khimki retained control. Monroe’s shots from the paint were followed by Mickeys free throws and the hosts fell confident. Khimki broke their 2-game losing streak with a big win against a fierce rival.

Hero
Greg Monroe. CSKA tried everything, but Monroe was unstoppable. Greg was great in both fast breaks and long possesiongs: 28 points, 10 of 17 field goals, 10 rebounds.

Comment
Khimki head coach Rimas Kurtinaitis:
“I’m really happy to win, because we beat Euroleague and VTB United League champions. This is a very good win. We’re going through a lot of problems now especially with all the illness and injuries. Tonight we played like we wanted to – only 8 turnovers, followed tactics of finding a hot player, worked through CSKA’s weak spots. It was a good strategy, good performance and a very good win as a result.”

CSKA head coach Dimitris Itoudis:
“We didn’t show our level nor worked like a team, so Khimki found their way. We had the lead in the first half many times, and in the big break, we talked about more intensive plays in many aspets. Unfortunately, we’ve had poor third and fourth quarters. That allowed Khimki to win, congrats to them.”
Next 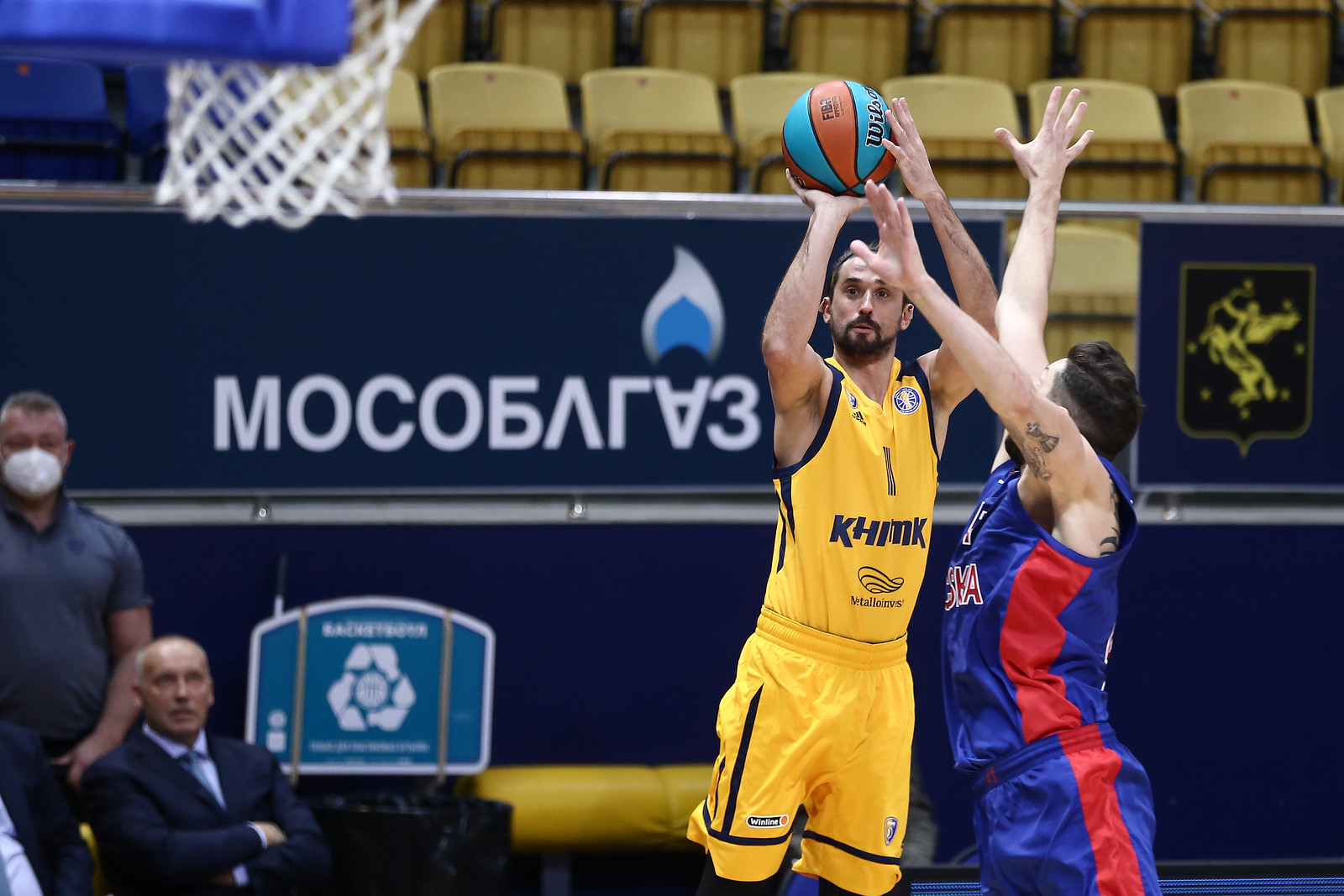