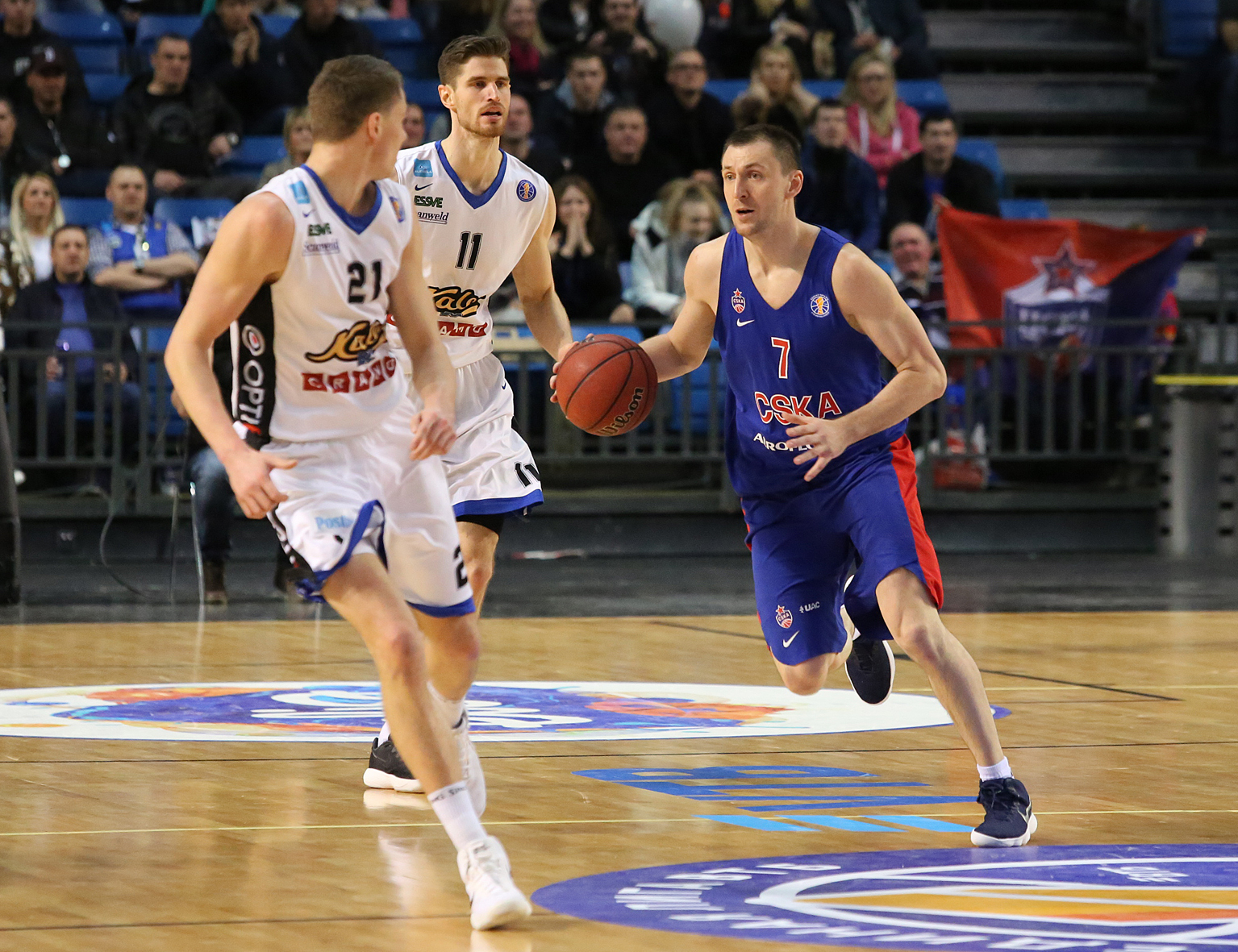 Story
CSKA trailed by as much as 14 in the first half, but used a huge 3rd quarter to take control in Tallinn and secure its 20th win of the season. Othello Hunter led the way for the visitors, scoring 18 points and adding six rebounds to help Moscow overpower short-handed Kalev, 105-95.

Despite playing only six men against the reigning champs, Kalev raced out to a 25-20 lead at the end of the 1st quarter. Powered by Bojan Subotic, who finished tied with Kristjan Kangur for a team-high 20 points, the Estonians led 45-31 with 3:15 remaining in the 1st half.

CSKA began chipping away at the deficit, however, scoring 15 points over the next three-plus minutes, and trailed 54-46 at halftime.

Turning Point
The game was decided in the 3rd quarter. After giving up 54 points over the first 20 minutes, the Army Men held Kalev to 13 points in the period, converting an eight-point deficit into a nine-point lead entering the 4th.

Kalev simply ran out of steam. Branko Mirkovic, Janari Joesaar and Martin Dorbek played the entire 40 minutes and their fatigue showed down the stretch. The home team committed four turnovers late in the 3rd quarter to allow a 12-0 CSKA run and never recovered.

Moscow dominated the final quarter, leading by double digits nearly the entire way to seal the victory. CSKA improves to a League-leading 20-2 with only two games remaining. Kalev falls to 6-16 and will need a miracle to reach the postseason.

Stat
21 – Kalev committed 21 turnovers, including a rash of miscues to end the 2nd and 3rd quarters that tilted the momentum in CSKA’s favor.

Block of the Game

Quotes
Kalev head coach Donaldas Kairys:
– I think we played well, given the circumstances and our roster issues. We lost another player to injury the day before the game: Erik Keedus. But I’m proud of my guys, along with the fans that filled the arena today.

It’s very difficult to play with hardly any substitutions against a team like CSKA!

CSKA head coach Dimitris Itoudis:
– Congratulations to the team on the win, though it’s difficult to compliment the quality of play. We started poorly. Playing for the second time in three days may have been a factor; in other words, fatigue. Kalev battled with us and that’s all we could have hoped for. At the same time, I want to point out that our opponent took 20 more free throws than we did, even though we scored 105 points. And it was not because of the zone defense. 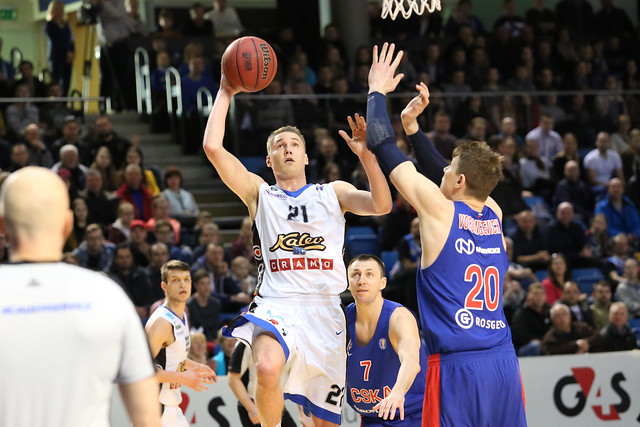