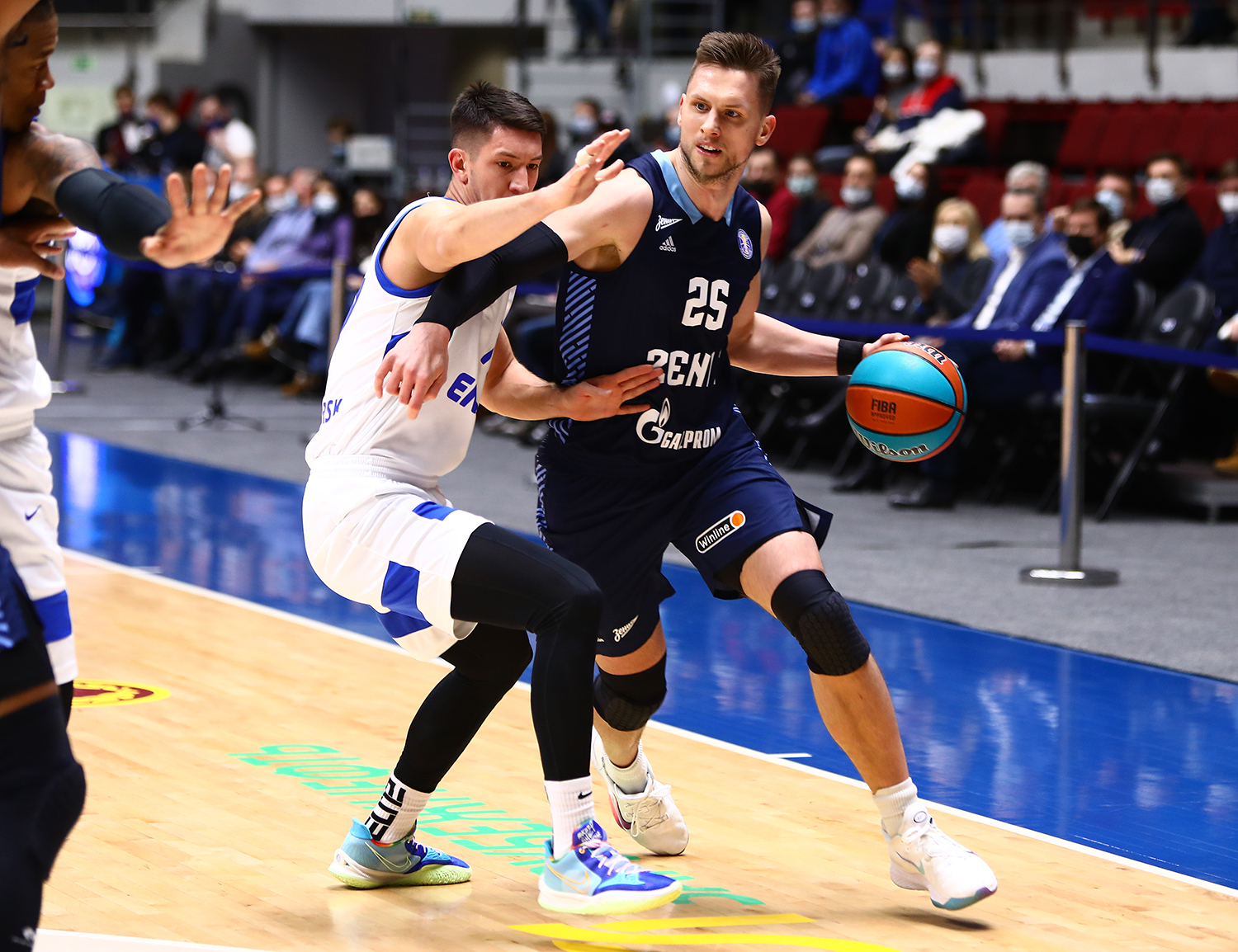 Game progress
Enisey arrived in cold St. Petersburg from warm Krasnoyarsk not in the best mood. The absence of 2 important players was added to the 4 losses in a row. The 3rd sniper of the League Casper Ware (19.2 points on average per game) and newcomer James Thompson did not come to the game with Zenit.

The absence of offensive leader began to affect from the opening possessions. The guests scored hardly – they made the first shot from the game only in the 5th minute of the game. But the St. Petersburg team did not experience any problems in the offence. They easily ran away in fastbreaks and dominated in the paint with their bigmen. In the opening quarter, the hosts scored a grandmaster 28 points and secured a comfortable lead in the score – 28:18.

The 2nd quarter began with Darrell Willis and Timofey Yakushin shots. This gave positive emotions to Enisey, and they joined in the pursuit. 3 minutes before the end of the quarter, after Rion Brown’s free-throw shots, the score in the game was equalized for the first time from the starting segment – 37:37.

It was only after such a knockdown that the St. Petersburg players turned on again. In the remaining time, they showed all their versatile offensive potential. Mateusz Ponitka and Sergey Karasev 3-pointers, Jordan Mickey dominance under the rim, fastbreaks and Jordan Lloyd’s spectacular buzzer-beater returned Zenit a double-digit lead before the halftime – 55:44.

The key moment
The first minutes of the 3rd quarter were decisive in the end. At the start of the 2nd half, the hosts were able to dry up Enisey offence again. The St. Petersburg team did not experience any problems in the offence. The 12-point run of the blue-white-blues brought their advantage to the mark of 23 points – 67:44.

The Siberian team never recovered from this run until the end of the game. They were able to straighten out the game, but Zenit did not leave any chances for a comeback for the guests. The calm nature of the game allowed the coaching staff of the hosts to experiment with the roster. As a result, the young guard Andrey Toptunov scored his first career points in the VTB League. The St. Petersburg team brought the game to a confident win. By the way, Zenit still does not know how to lose in games with Enisey. For them, this success was already the 16th in the history of the opposing teamsrivalry history.

Hero
That evening Mateusz Ponitka was the main Zenit’s  engine. The forward turned out to be good in most aspects of this game. The Pole scored 13 points, 6 assists, 6 rebounds and 4 steals in this game. Ponitka also became the best player of the game in efficiency (24) and +/- ratio (+37).

Numbers
20 – in the absence of the main point guard, the Krasnoyarsk team could not set up their offense. The main trouble of the guests was turnovers. 20 Enisey mistakes (the 2nd worst result of the season in the League) were turned into 23 points scored by the St. Petersburg team.

– The game was a bit strange for everyone. For me, in particular, because I had to be the head coach today. Xavi Pascual and Andrey Zubkov were absent due to health problems. The players reacted well to everything that was happening, step by step we achieved this WIN. The most important moment was in the 2nd quarter, when the opponent made up for the gap of 10 points. If you’re not ready to be focused, it can ruin everything. The players followed the plan, continued to work, were concentrated, and we managed to win.

– Congratulations to Zenit. With the current squad, it is difficult for us to compete with a team that has such quality as Zenit. I’ll be honest: I expected more from my players in terms of showing character. However, this did not work out. Perhaps this is the level at which we are now. We will try to play better in the next game. I want to wish Zenit a successful end to the season, especially in the Euroleague.

What’s next
Zenit: home  game against Nizhny Novgorod on December 12
Enisey: away game versus Astana on December 10 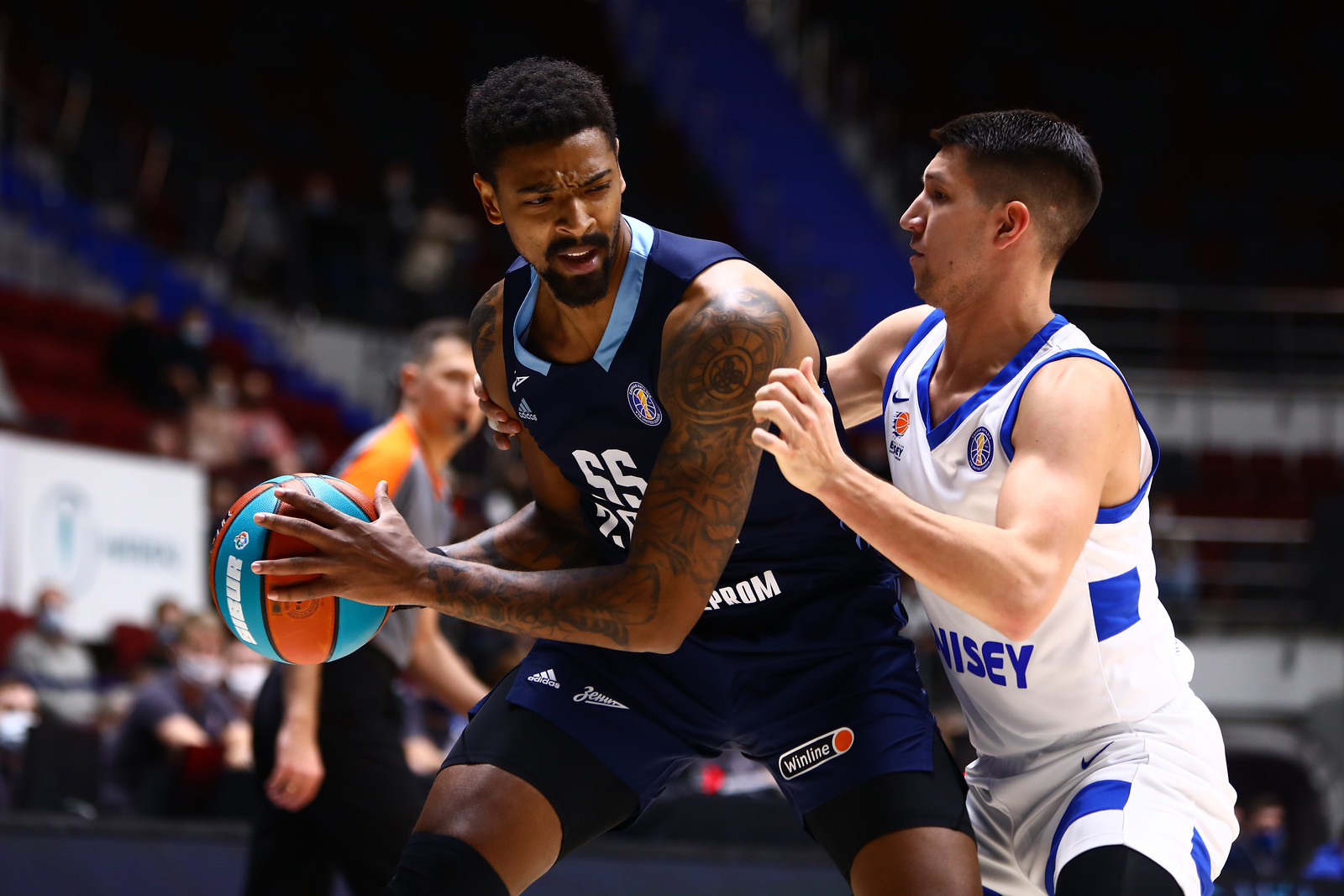