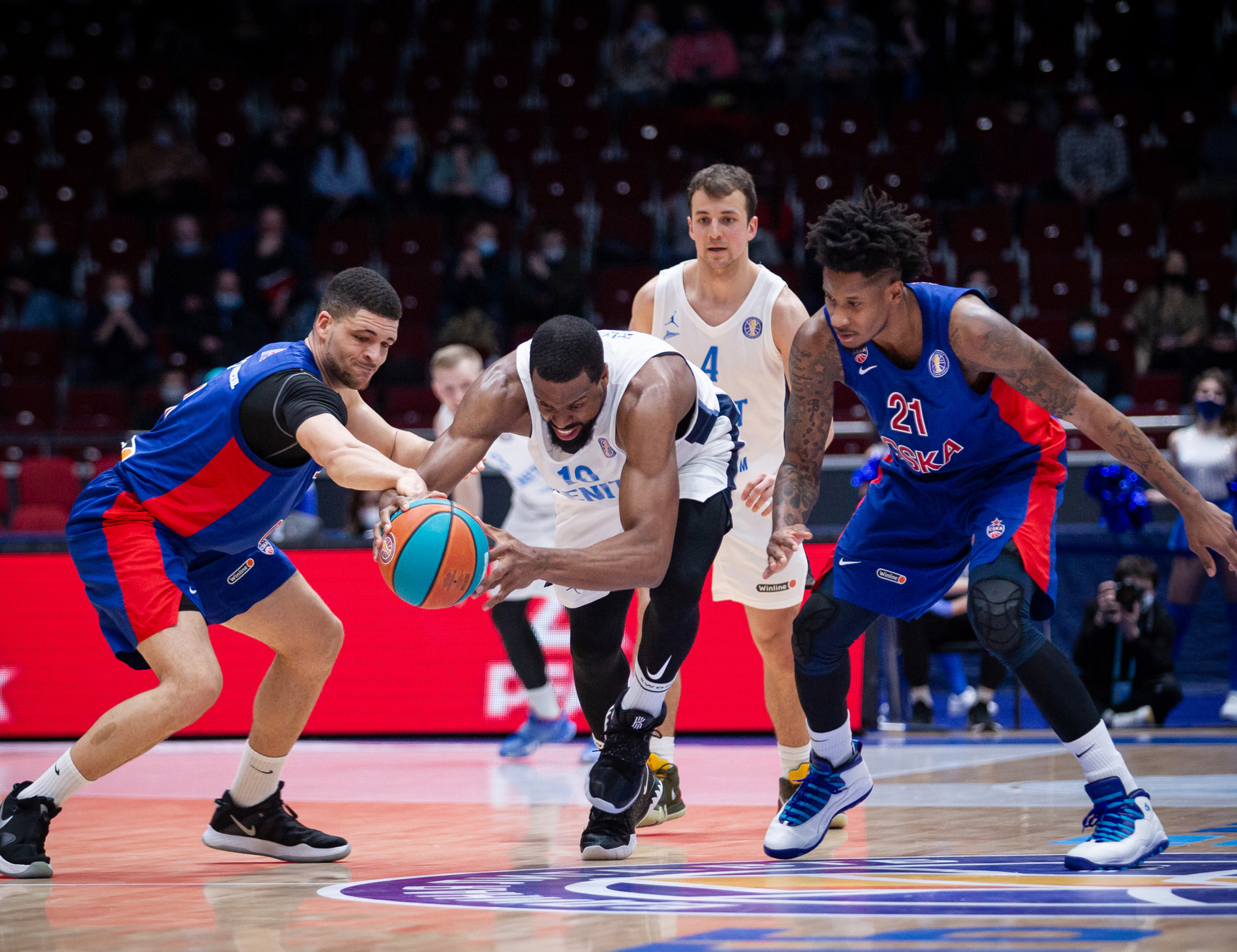 Story
The regular season leaders met in the game of the week. If CSKA was successful, the distance between the two teams would be down to two wins. Zenit, on the other hand, could have secured their regular season win and did just that. In the first four minutes, the home team stunned the Red and Blue with a 14-0 run, including two long-range shots from Vitaly Fridzon. As in most recent games CSKA had their March MVP, Johannes Voigtmann: Thanks to his 8 points in one quarter, the visitors cut the double-digit lead to 23-14 in the first 10 minutes.

The second quarter began with a spectacular dunk by Voigtmann. It was an obvious turn-on for CSKA. Though Zenit regained their lead to 12 points, CSKA played much better. The Daniel Hackett-Will Clyburn duet fought in the paint, gradually closing the gap. Zenit’s Denis Zakharov shined (10 points in one quarter), but his individual talents were not enough to keep CSKA at a comfortable distance. With one minute to go in the half, CSKA were down by only five points, but Zenit ended the game on a positive note: Will Thomas seized on CSKA’s loss at midfield and made his fastbreak run, scoring spectacular dunk. 46-38 at the end of the first half.

In the third quarter, both pace and efficiency slowed considerably. Zenit kept their lead thanks to the energy of Will Thomas, but their lead remained shaky until Billy Baron exploded for three straight three-pointers at the very end of the quarter. Far from disastrous for CSKA, their -8 lead turned into a -17 in a minute and a half. The Red and Blue had only 10 minutes to come back from that deficit.

Key moment
Baron continued his three-point frenzy in the fourth quarter. His long-distance shot was Zenit’s only other accurate shot in nearly five minutes. Organized and concrete defense by CSKA, as well as another burst by the Clyburn-Hackett duo, allowed CSKA to go on a 20-6 run. After another 5 points by Clyburn, the margin shrank to a minimum of 72-71. However, the visitors’ comeback was interrupted by Kevin Pangos. Up to that point, the Zenit guard had been in the shadows with zero points. In the end, however, the point guard took control of the game and scored all of Zenit’s last nine points of the game. It was enough to hold the lead. For the first time since the 2013/14 season, CSKA failed to win the regular season.

Hero
Kevin Pangos. The point guard’s modest stats (9 points and 7 assists) should not be misleading – it was Pangos who led Zenit to the win in the end.

Stat
1 – For the first time in its history, Zenit takes first place in the regular championship.

Comments
Zenit head coach Xavi Pascual:
— Thanks to all the fans for being with us today. We are happy for this victory. It was a good home game. We felt the rhythm from the start of the game and this start helped us to lead for almost the entire game. We played against a great high level team. In the ending our opponents changed the game a little bit, on the one hand because they played more aggressive and good defense, but on the other hand we didn’t score any free throws that could have decided the outcome earlier in the game. In the last part of the game, we came back and decided the game in our favor. A game we deserved to win.

CSKA head coach Dimitris Itoudis:
— First of all, congratulations to Zenit on the win. We started the game determinedly, we had a good spirit and we can say that they were after us the whole game. Basketball is a fast-paced game and we had both positive bursts and failures. We were able to contain Pangos for a very long time; for nearly 30 minutes he couldn’t score, and he scored his first points five minutes before the end on free throws. Zenit started very aggressively, Zakharov helped a lot, in the third quarter the key points were scored by Baron, who took the team on a long run. We fought hard, we believed in what we were doing and we came back from an 18-point deficit to within 1 point, but it was not enough. The details decided the outcome of the game, we will work on it. 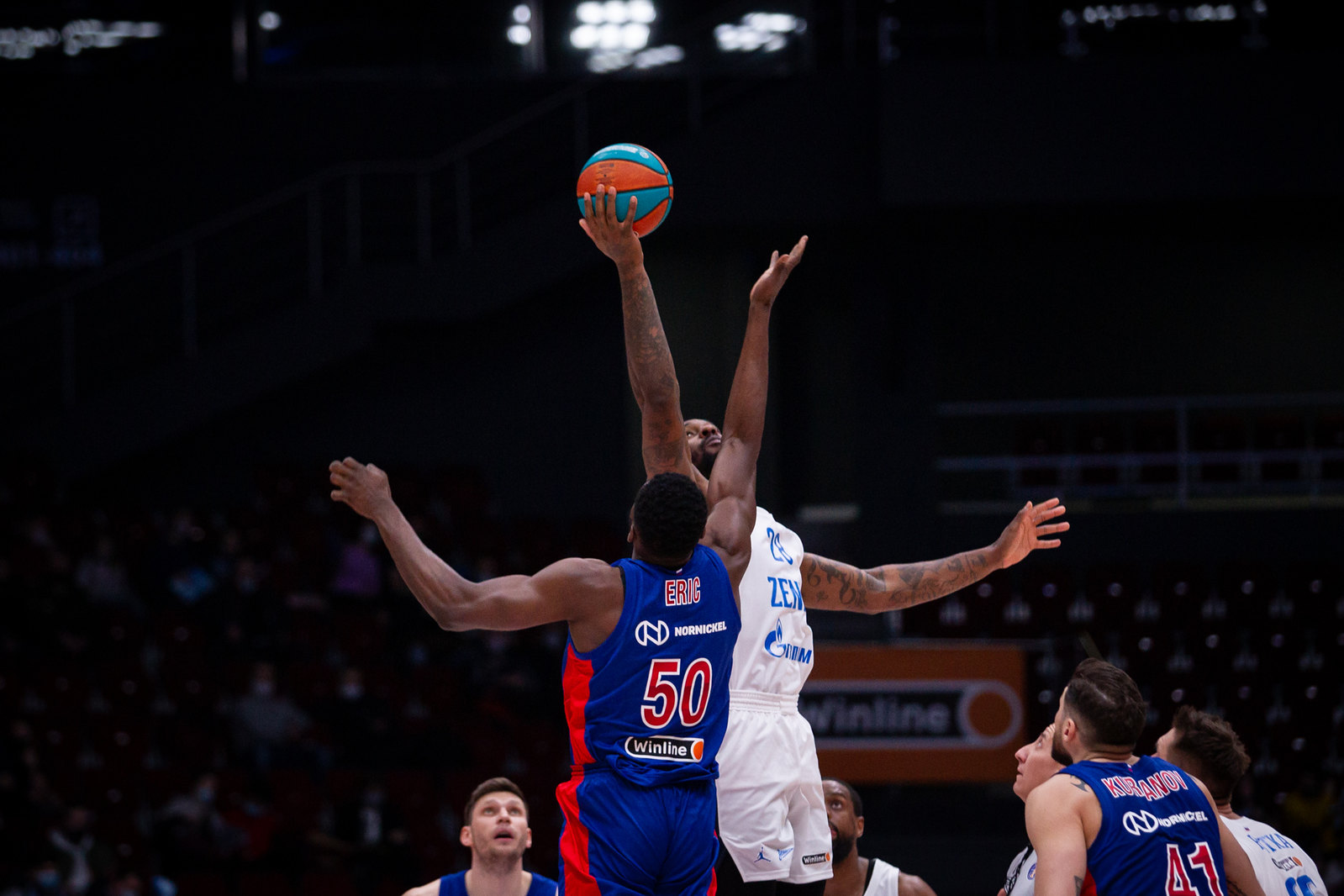