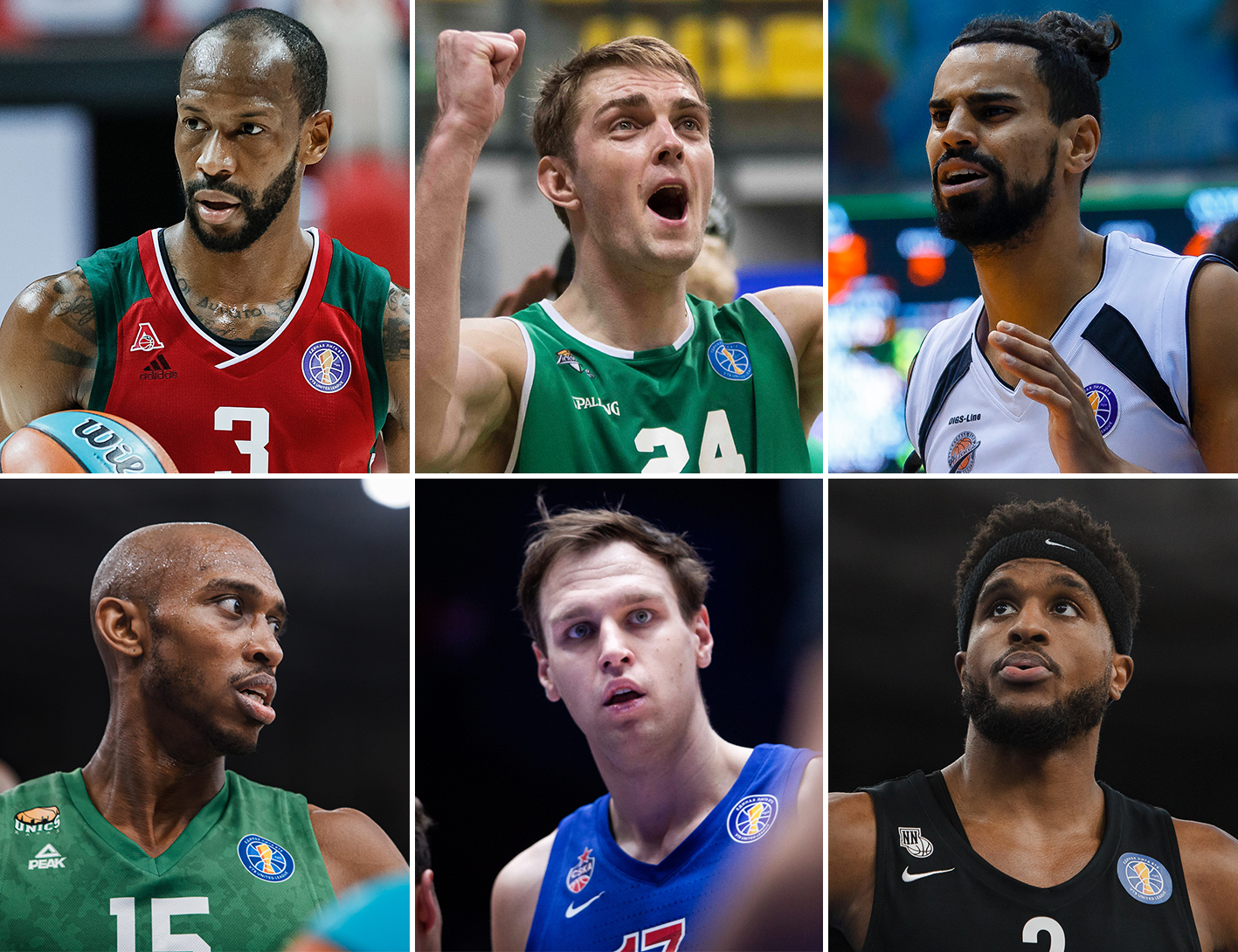 It doesn’t matter who starts the game – it’s important who finishes it. Every coach in the VTB league has a «Joker» – a player who steps off the bench and gives the team momentum, which often changes the balance of power on the court.

Who is the best sixth player in the league this season? Let’s name the main substitutes of the championship. An important rule – the list includes players who started more than half of the games on the bench.

Being noticeable for Loko is not an easy task: there’s the charismatic Drew Gordon, the pair of Kalnietis-Kuzminskas, who make the highlists with their Lithuanian connection in nearly every game, and Kevin Hervey with his long arms. We shouldn’t forget about Krasnodar’s young talents, who often make appearances in the starting lineup and make people talk about themselves as the future of Russian basketball.

Against this, Will Cummings looks rather shy: he doesn’t make the headlines, doesn’t have an active life on social media, and doesn’t make the highlights. That said, Will is a game-changing force. People in Krasnodar understand that: Cummings became one of the few players stayed with Loko this summer.

Cummings has been effective on both ends of the floor: he’s left the court in just 1 of 17 games without a steal, while also scoring the most points for Loko – if you don’t count rookie Nigel Williams-Goss.

The American’s offensive abilities should come as no surprise to anyone: Cummings was the top scorer in Greece in 2017, playing for Aris; in 2019 he was named MVP of the German championship with Oldenburg.

At Loko, of course, Cummings is not the main star, but rather a kind of X-factor, capable of organizing the offense or conducting a series of accurate long-range attacks.

Iffe Lundberg played for Zielona Gora and was on his way to becoming the biggest hero of the League regular season: He applied for the title of best scorer, scored twice more than 30 points, made the winning three-pointer in Saratov, was named MVP of December and led Poles to the 5th place in the table.

But in mid-February the Dane decided to transfer to CSKA, and Gora had to rebuild urgently to find a replacement for the leader. While the Polish team’s front office was scouring the market for a new starting point guard, Rolands Freimanis stepped up.

It’s hard to imagine UNICS without Jamar Smith. The American is always smiling and loves to fool around on camera, but as soon as game time comes, the jokes stop.

In four seasons that Jamar has played in Kazan, he’s been on the court from the bench. And if you look at the stats, the American isn’t going to stand out in any way. Smith isn’t the best in scoring or utility (Isaiah Canaan has 16.9 points and 14.2 for efficiency), he’s not the best playmaker (Jordan Theodore has 5.4 assists) and he’s certainly not the best rebounder.

Still, Jamar Smith is nearly the most important player in Dimitris Priftis’ rotation. Why? First of all, he is a very strong guard who can create his own chances at a difficult spot. The reigning Best Sixth Man winner Jamar has an excellent shot, and he takes advantage of that by staying against slower opponents.

This ability to solve an episode is matched by nerves of steel. In his 3 years in the League, Smith has proven repeatedly that he is an elite clutch player. Just this season, he sent home Zielona Gora:

In addition, Jamar Smith always plays with emotion – and his partners feel it, energized by his captain. Dimitris Priftis assembled a fairly balanced roster in Kazan this summer, and having Jamar in the lineup makes UNICS extremely dangerous at the endings as well.

Signing Shepherd, Nizhny Novgorod took a risk: The 26-year-old American had never played in a United League tournament before. In Montenegro, Hungary, Georgia and Ukraine, Kasey had solid stats everywhere, but his opponents were of a lower level as well.

Shepherd blew up the news in his first game: 26 points in one quarter – a historic United League record – and a game-winning total of 30 against Khimki (96-85). Together with Anton Astapkovich, they scored 64 points.

Then, however, the guard slowed down and displayed a fairly average shooting percentage in the entire game. That was especially evident in January, when Nizhny suffered four straight losses, missing the points from his shooter (his stat was 7-of-26 from beyond the arc). But Shepherd got his rhythm back, and with that came some wins.

Nizhny is now one of the hottest teams in the League with a six-game winning streak. They haven’t won that many games in a row since the 2014-15 season, in which they reached the semifinals after knocking out Zenit in the first round.

Like Smith, Shepherd is efficient at the end: nearly half of his points (6.2 of 15.2) come in the final quarters. What’s 6.2 points in the final 10 minutes? No one on the season scores more than Kasey during this important stretch of the game.

Nizhny has already secured fifth place in the regular season, but they can still climb up the leaderboard. Much of Volga’s final standing in the standings will depend on the attitude and readiness of their only American in the squad.

“CSKA is the season champion in roster losses,” Dimitris Itoudis said after winning last week’s Euroleague game. We would have to agree with the Greek coach: Five of the players with whom CSKA started the season can’t help the team now. Mike James is suspended by head coach, Nikola Milutinov is out for the rest of the season, Janis Strelnieks is suspended, Joel Bolomboy and Daniel Hackett are recovering from injuries, Iffe Lundberg is just getting used to his new team and the new level of play…

Under these circumstances, CSKA found salvation in Johannes Vogtmann. The German center, who was not given much time or opportunity because of the wide rotation, distinguished himself in March by becoming the United League March MVP.

Voigtmann is truly effective on both sides of the court. Johannes is able to cover with a block shot, grab rebounds, throw from beyond the arc and even run the offense. Right now he is the third most effective CSKA player, behind James and the injured Milutinov.

Despite the amount of injuries to his front line, Dimitris Itoudis still allows Tornike Shengelia, Michael Eric or Semen Antonov to start. As we can see from the results, however, the German center’s effectiveness is not affected.

Avtodor’s possible failure to make it to the playoffs could be one of the biggest disappointments of the season. The Saratov club has assembled a truly potent roster with a respected foreign coach, but now – a week and a half before the end of the regular season – making the top eight looks nearly impossible.

One of Avtodor’s newcomers this season is Gian Clavell of Puerto Rico. Tough, tough in defense and capable of creating offensive opportunities for himself and others, Clavell gave his club the energy and emotions they needed. After his transition in late October Avtodor won 4 games in a row, including games against Khimki and Lokomotiv-Kuban.

But the departure of the guard to the National team in the fall window and his absence for a month because of the quarantine seemed to break the Saratov team’s game which was just getting going. Since the end of November, the team has won just one of six games and still hasn’t regained its fall rhythm.

But Clavell, along with Nate Mason, has remained Avtodor’s top offensive option throughout the season, averaging 14.8 points and making more than 6 three-point attempts per game – only 7 players this season shoot more often from beyond the arc.