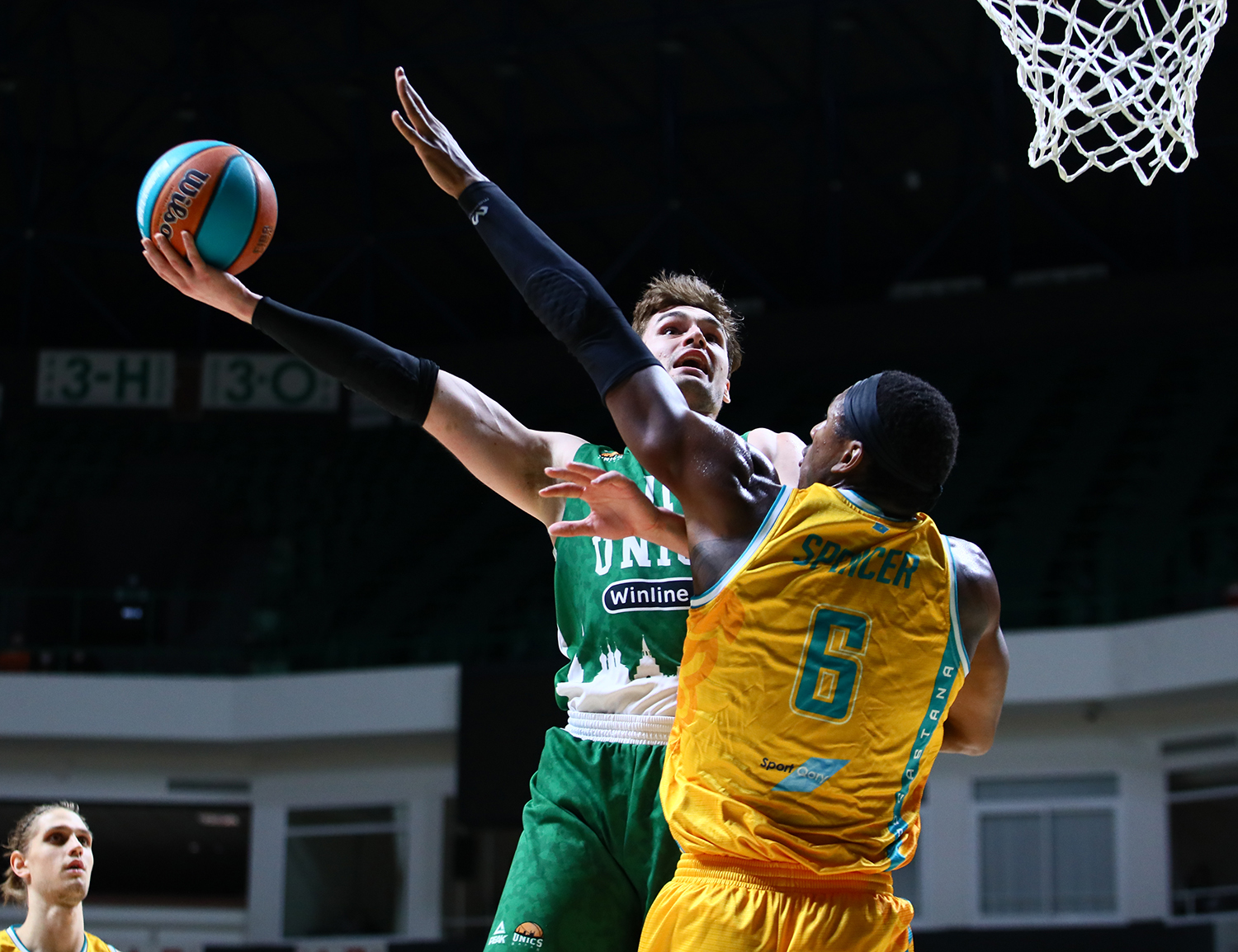 Game progress
UNICS came to the game in 1st place in the standings with 5-1 rate. Astana took 7th place with 2-2 rate. The Kazan team quickly marked the leadership. The white-greens looked confident in defense and closed Jaylen Barford, who scored only 6 points in the first half. At the same time, the hosts’ unexpected leader was Dmitrii Uzinskii, who scored 8 points in the opening 10 minutes. After Mario Hezonja’s shots, UNICS took a double-digit lead and felt comfortable after the first quarter.

In the second quarter, Astana showed that it is also can show defense. The guests let his opponents score only 10 points and by the halftime reduced the gap to 5 points- 31:36.

After the change of sides, Barford became more active, scored 6 points, but the American did not meet serious support from his teammates. Astana at the end of three quarters realized only 3 out of 17 shots from behind the arc, but still held on due to the defence – 51:43  UNICS lead.

The key moment
The calm flow of the game at the beginning of the fourth quarter was blown up by Hezonja. Astana’s situation worsened when UNICS found another option – Jarrell Brantley. The Croat and the American organized a 12:0 run in 3 minutes, after which the Kazan team lead reached the 20 points. The basketball players from Nur-Sultan, who could not shoot that evening, did not reverse the course of the game. The Russian team won its 6th game of the season and continues to lead in the League’s standings.

Hero
Mario Hezonja. The UNICS leader became one of the inspirers of the decisive run and managed to prove himself on both defencive and offencive plays. Mario became the most resultative player of the game (18 points) and led in steals (3), and also shared the first place in rebounds (9) and assists (3).

Numbers
59 points UNICS allowed Astana to score. Kazan set a personal defensive record of the season, for the first time not conceding more than 60 points in one game.

Comments
Velimir Perasovic, UNICS Head Coach:
– It was an extremely important game for us, because a home defeat against Astana would completely offset the win over CSKA. Our opponents started the season extremely successfully: they won two games and lost two only in the last seconds, showing very good basketball, especially in offence. Therefore, I am especially pleased that we managed to let them score 59 points, which is extremely difficult to achieve against such an offencive team as Astana.

Darko Russo, Astana Head Coach :
– First of all, I congratulate Velimir Perasovic and UNICS on their win. We played against one of the best teams in the Euroleague and the VTB United League leader. Today I am dissatisfied with my team’s offensive performance – we kept the ball, used dribbling instead of passing. Of course, a large number of mistakes did not allow us to win. Nevertheless, the guys struggled throughout the game.

What’s next
UNICS:  away game against Tsmoki-Minsk on December 6.
Astana: home versus Kalev on December 5 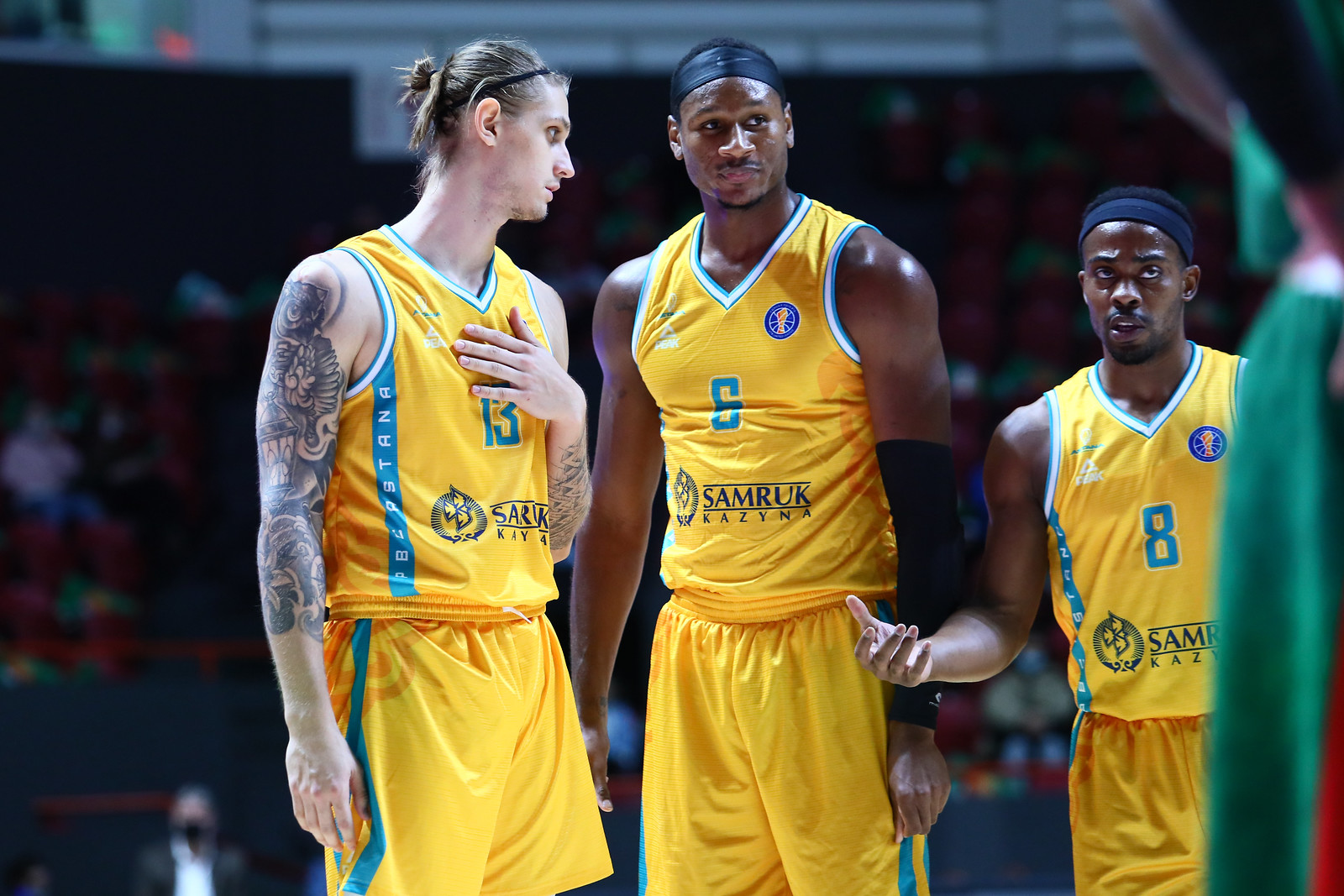