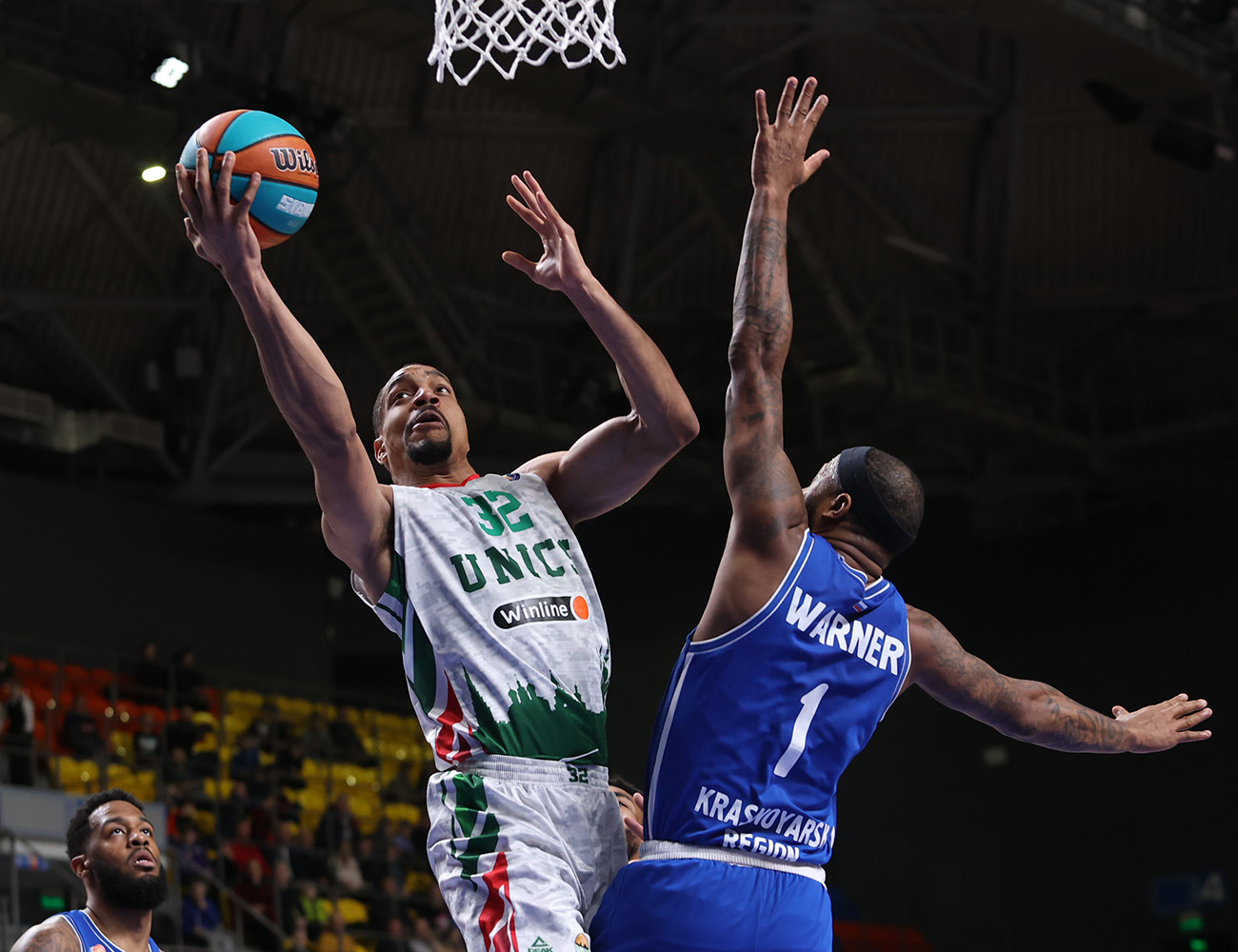 Game progress
After loss to CSKA in the last round, UNICS allowed Zenit to come colser in the standings. So the Kazan team came to Krasnoyarsk only for win. However, their opponent also had a serious motivation for this game. Enisey had the biggest loss of the season in Kazan – 59:104. And the Siberian team wanted to rehabilitate for that at home.

The game started with bigmen rivalry. Vince Hunter scored more than James Thompson and allowed the guests to lead – 16:11. The turning point in the game came after substitutions. Enisey rotation made an 11-point run, and Krasnoyarsk team ended the first quarter as a leader – 22:16.

The hosts did not stop. Grigory Motovilov reactive drives and Ivan Viktorov three-pointers helped the Siberian team to have a double-digit lead – 32:20. But then the Krasnoyarsk team could not keep the lead. The guests comeback was led by American legionnaires. Daryl Macon and Jalen Reynolds scored 19 points together in the second quarter. The bright game of the leaders allowed the Kazan team to reduce the difference to a minimum before the halftime – 43:44.

Until the middle of the fourth quarter, the game was tight. The turning point was Enisey coaching staff to set zone defense. UNICS scored a few easy shots, made a 10-point run and had a double-digit lead  – 83:71. Before the end, the Siberian team had a chance to reduce the difference, but it never became a reality.

Daryl Macon was UNICS leader in offense. The guard made 7 of 9 shots from the game (three-pointers – 5 of 7), scored 27 points and became the best scoring and effective (32) player in both teams.

UNICS trailed by 12 points during the game.