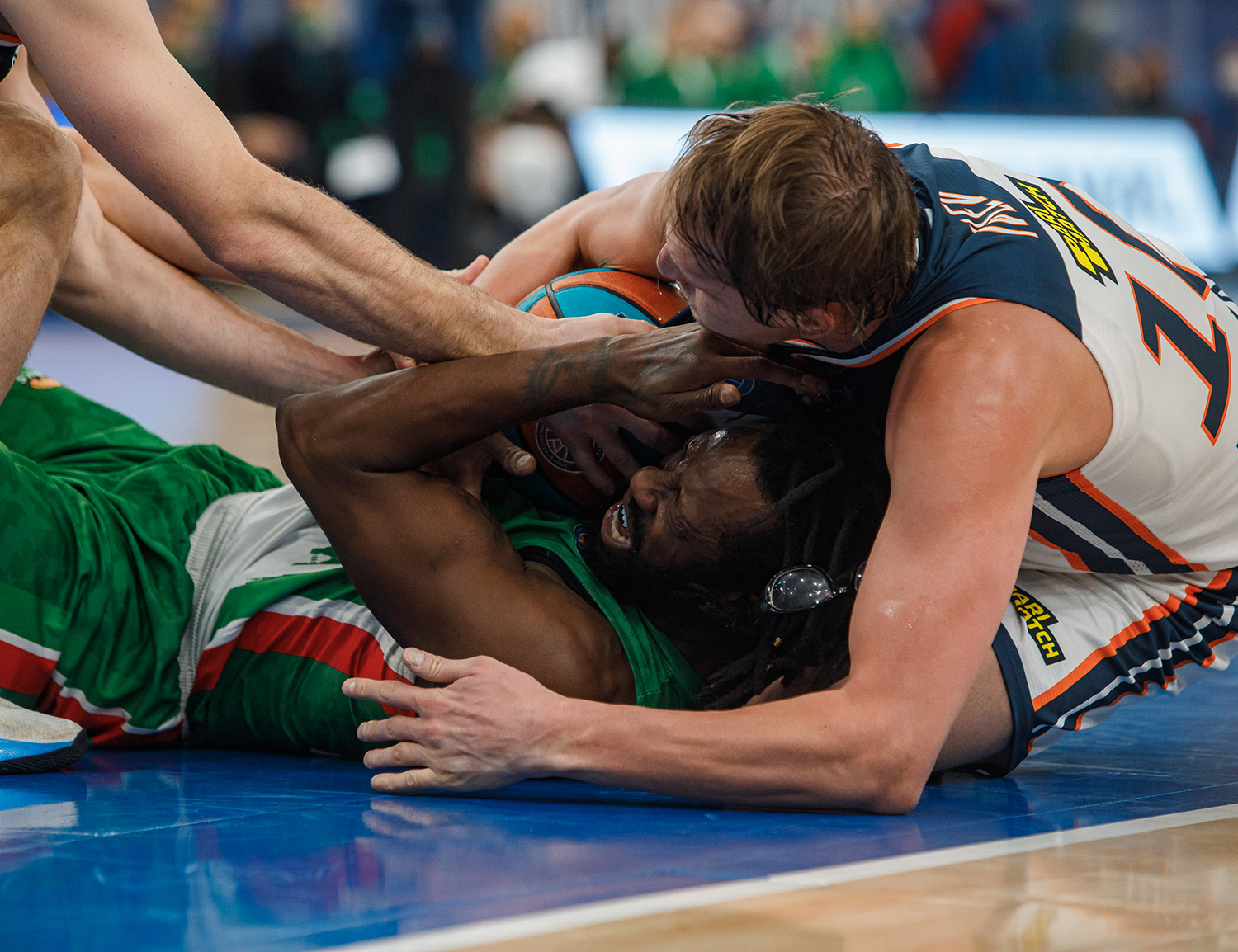 The main events of a basketball week in the United League!

UNICS are in Top-3 via two victories this week

Kazan have a tough schedule: firstly they hosted Zielona Gora (perhaps, the main discovery of the season) and then UNICS played in Perm. Both games were victories gained in the same way, defensive way.

In the home game against the Poles UNICS were one step away from defeat. Zielona Gora that have already shown its strong offense this season were tight at defense. By the half time UNICS hardly scored 30 points.

Zielona Gora started the game brightly hitting 6 threes in one quarter and they were up by 12 at some point:

However, in 2 minutes of the final quarter Kazan came back and forced a tight clutch. At that point, Jamar Smith said its word: UNICS captain drove to the opponents’ basket and scored a lay-up that became a game-winner.

Zielona Gora had 7 seconds to recover but Iffe Lundberg’s shot wasn’t accurate. UNICS celebrated a 12-point comeback and took revenge on Gora for November loss in the Green Derby.

Only two days after UNICS came to PARMA. Perm were leading after the first quarter as well. The main heroes were Adas Juskevicius and Nikolai Zhmako who scored 17 of 21 team points:

PARMA couldn’t develop the success: UNICS took over the game by the half time and and had a double-digit lead by the end of the third. The turnovers were Perm’s problem’s key, there were over 20 times Kazys Maksvytis’ team lost the ball, and Kazan punished it with 30 points.

Although the difference wasn’t devastating, UNICS showed they had won the game a few minutes before the buzzer. By the way, via this victory Kazan displaced Nizhny Novgorod from the third spot.

Fans of the week

This season games in Poland are held without spectators because of pandemic. To see the favorite team Zielona Gora fans literally stopped the team bus that were driving to the airport before the game against Kazan.

The last Loko’s visit to Nur-Sultan wasn’t the success: in December 2019 Krasnodar lost to Astana third time in the confrontation history.

How tight was that game? The stats shows it clearly: there were 15 lead changes, 18 times the game was tied, the biggest lead of the game was 6 points.

Obviously, there was a clutch. Loko were lacking Reggie Lynch: the center became the top scorer (17 points), rebounder (11) and shot blocker (6) on the roster but was fouled out 4 minutes before the buzzer. Lacking him Loko managed to collect only one rebound while Astana – 8, 4 of them in offense.

After one of them Ojars Silins hit the shot from the paint 8 seconds before the end of regulation and increased the lead to 4 points. In the remaining time Loko didn’t manage to recover.

Krasnodar suffered the second loss in January and now take 5th spot. Astana replaced PARMA on the 10th spot and got close to the play-off zone.

Tsmoki win for the first time since October

In the beginning Tsmoki announced signing Derek Cook, the American center should have improve frontcourt situation. Cook was a starter in the home game against Nizhny but they started the game unsuccessfully: NN scored 6 for 7 from beyond the arc in the first quarter and Artem Komolov didn’t miss a shot from downtown hitting 5 threes in 20 minutes:

Being behind by 14 Tsmoki managed to change the situation. In the second quarter Nizhny stopped firing and Minsk made a comeback and reduced the gap to 2 points by the half time. In the second half the Dragons held NN and took a 13-point lead. Zoran Lukic team came back and even had a chance to win. Being perfect at defense on the last seconds the guests were shooting for the win and Kasey Shepherd’s three wasn’t accurate.

Tsmoki broke their 8-game losing streak. Nizhny lost its spot in the Top-3 and now 4th in standings.

Avtodor suffer 3rd defeat in a row against Zenit

This season isn’t stable for Saratov. After 2 defeats on the start there were 5 consecutive wins. But Sunday loss in Saint-Petersburg was the third in a row: after defeats against Zielona Gora and UNICS Avtodor lost to Zenit.

Gordie Herbert’s team lost to the Poles only 1 point, but the gap was almost 30 points against two contenders. In 2021 Avtodor can’t bring its powerful offense back, that was the reason they were among League’s top-5 teams.

Zenit’s offense is okay. In ten minutes the hosts scored 32 points to Avtodor:

In the next quarter Vitaly Fridzon had quite a performance scoring 14 points without missing shots.

Austin Hollins was the top scorer of the game with 25 points, it seemed like the American wasn’t noticing Avtodor’s defense hitting and hitting shots.

Кто был лучшим игроком этой недели? · Who was the best player of the Week? pic.twitter.com/zh28KEkE7Q