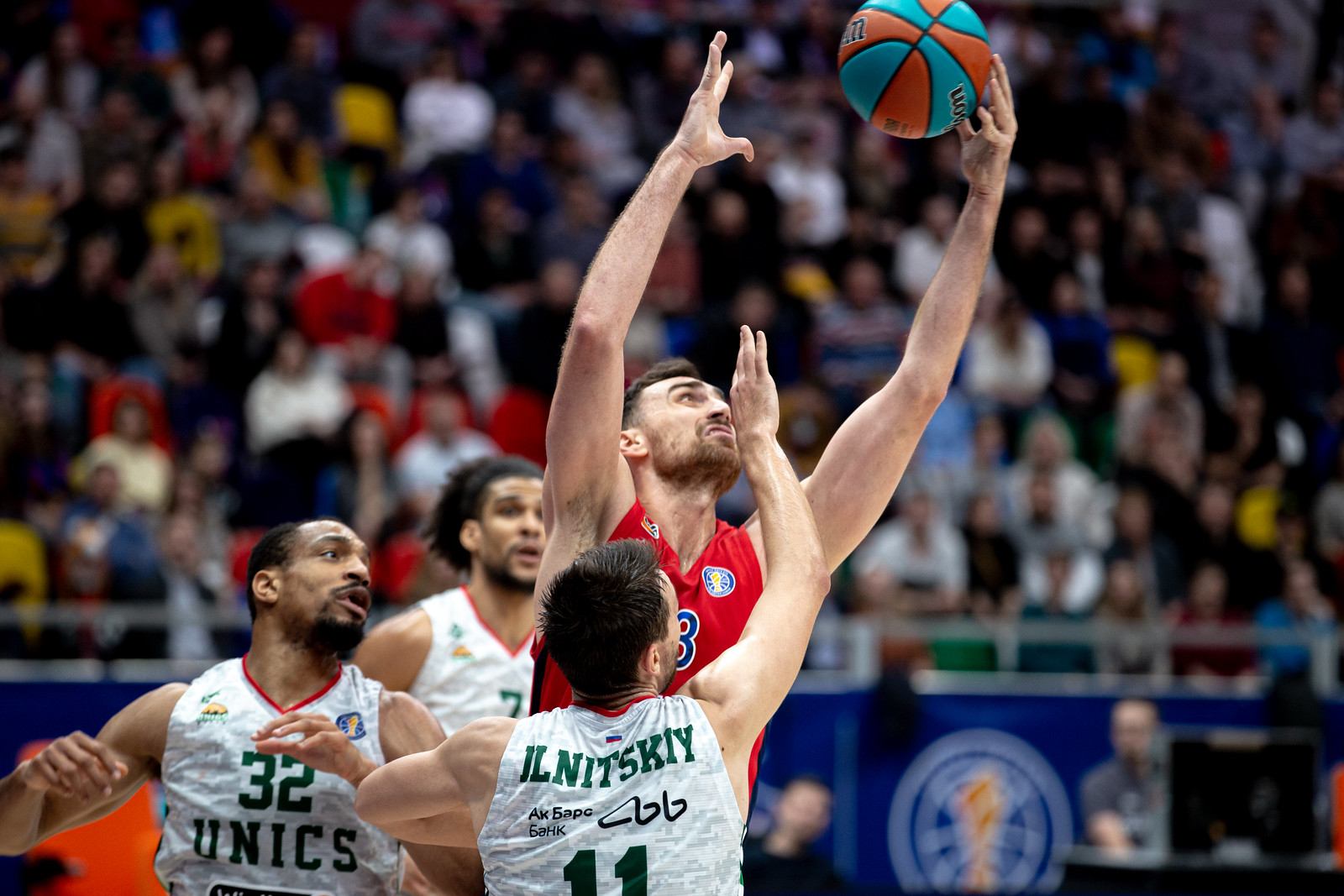 UNICS: The game between UNICS and CSKA should be the most interesting in the outgoing year. The teams are in the first two places and demonstrate the highest level basketball. 3 weeks ago, UNICS lost to CSKA in Moscow, but now the situation is completely different – Daryl Macon and Anthony Brown have returned. The Kazan team is serious about taking revenge and has every chance to do so. UNICS demonstrates the second best defense of the season, letting opponents score 70 points per game and in the game with CSKA it will be important to play better defense. By the way, this season UNICS has not lost in Basket Hall yet.

CSKA: The Army team is undefeated this season and has already repeated its best start in the League with 13 wins in a row. Moreover, after the game with UNICS, CSKA scored more than 100 points in 4 games. Nikola Milutinov averaged a double-double of 17.6 and 10.1 rebounds in November and is in a good shape, and he should become Emil Rajkovic joker in Kazan. And in general, CSKA demonstrates the best offense in the League (97.1 points per game), in which not only Milutinov is dangerous, but almost every player on the perimeter – 5 CSKA players have insane shooting percentage: 47% or above.

Zenit: the St. Petersburg team has already won 5 games in a row and have the second best active winning streak after CSKA. It is likely that it will continue on Sunday, because Zenit surpasses Astana in all stats, from performance to rebounds and most importantly defense. The reigning champion let opponents to score 67 points per game, and there is no doubt that the defense of the St. Petersburg team that should help them get the win against the Kazakh team. As for the offense, it’s worth keeping an eye on Thomas Heurtel: the French guard got the MVP of November and is currently the best assistant in the League with 8.1 assists on average.

Astana: the Kazakh team has only 1 win and has never won on the road. It will be incredibly difficult to do this in St. Petersburg: Zenit continues the race for leaders and does not intend to lose. However, Astana also has advantages: both American rookies of the team have received visas and will be able to take part in Sunday’s game. Oleg Kiselev team needs to monitor ball control and do not lose the ball a lot, because Zenit can punish opponents for every mistake