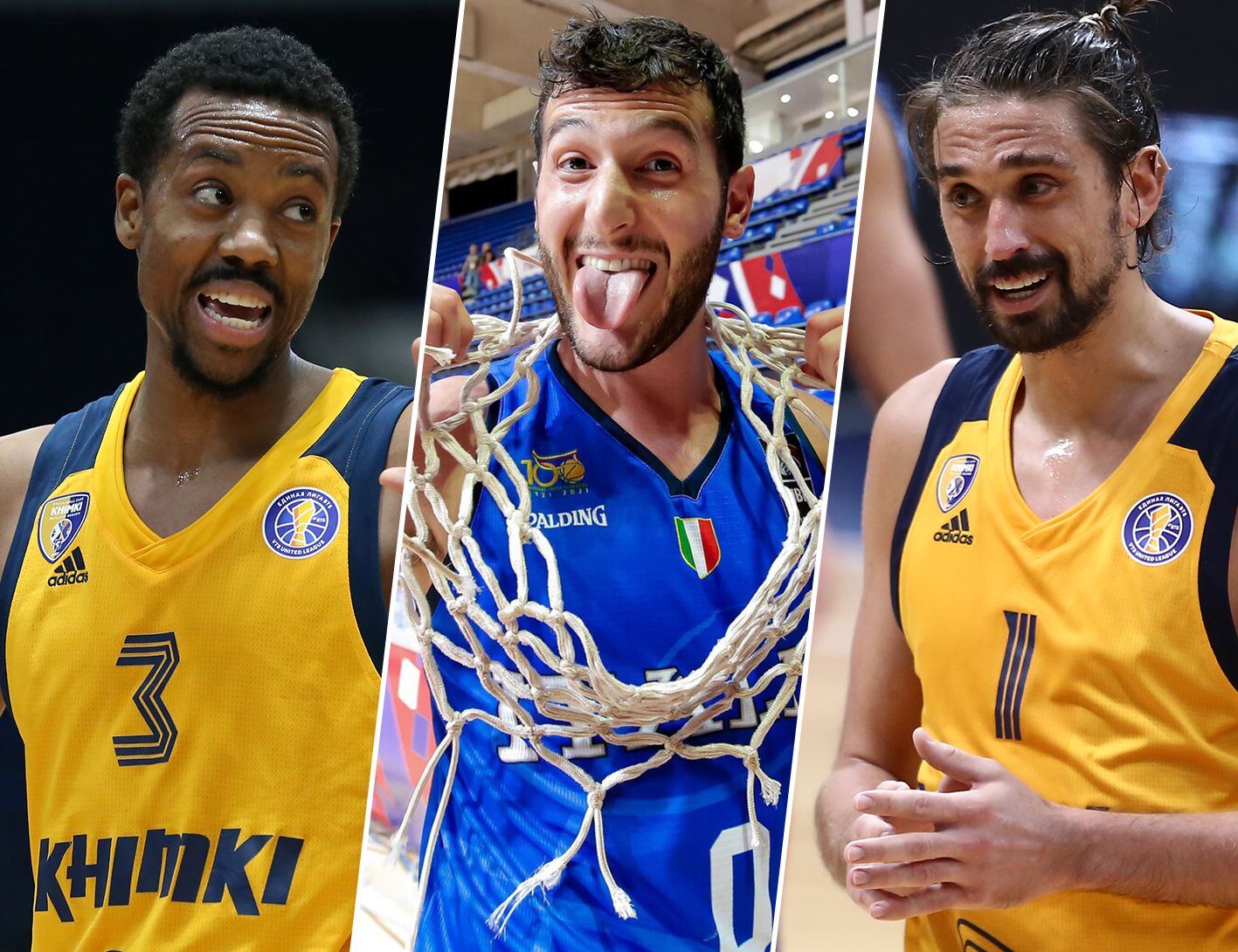 The VTB United League 2021/22 season will begin in less than a month – many teams have already completed the recruitment of squads and started pre-season training. We are going to tell you about the latest teams transfers – in many cases, these are comebacks of players already known to fans.

Loko has retained CJ McCollum’s brother Eric in Russia, who previously played in the United League for UNICS (2018-20) and Khimki (2020-21). In 3 years in the League, he proved that he is a first-class scorer, averaging 15.6 points per game. McCollum is especially dangerous from the deep, which he has repeatedly proved in League games. For example, in December 2019, Eric scored 6 three-pointers and helped Kazan beat CSKA (94: 86).

Krasnodar team expects that 33-year-old Eric McCollum will not only strengthen the attacking potential and firepower of the new team, but also share his experience with young Russian red-green players.

UNICS took advantage of the opportunity and took Marco Spissu, who had previously been close to moving to the Unicaja. Marco is the first Italian player in Kazan club history, and the cooperation promises to be successful for both sides: in the Serie A last season, Spissu averaged 12.7 points and 5.4 assists with 42.1% from behind the arc and should add UNICS variability in offence. The Italian will make his debut in the Euroleague as part of the Kazan team.

One of the transfer bombs of the summer was made by CSKA. Alexey Shved came back to the team. The main question is how much the guard is ready to move away from the style of the unconditional star and the main creator developed in Khimki, having rebuilt to the command schemes of the army team.

So far, all the signals indicate that both sides are ready for compromises and constructive cooperation. How it will actually be, the season will show, but the League fans will not be left out in any case. That signing is one of the main intrigues of the new season.

Dragan Apic is known to the League fans for his performance for Lokomotiv-Kuban. However, the Serbian did not manage to justify the generously given advances and he did not stay in the team for a long time, having played a little more than a season in Loko. Zielona Gora proved to be an excellent springboard for unlocking potential and progress last season, so the athletic and dangerous 25-year-old forward will have a chance to declare himself seriously in the paint. There is definitely no doubt that Dragan, who resembles a young version of Blake Griffin, will enrich the collections with the prefix top.

Another recruit of the Polish club, Branden Fraser, is also known in Russia. From 2016 to 2018, the American was creative as part of Avtodor, scoring 11.2 points and 4.3 assists with 37.2% behind the arc. You should expect something similar from him in a green jersey.

Another bright and attacking Zielona Gura recruit is Devo Joseph. In the Romanian championship, the Canadian scored 17.3 points last season, realizing 42.8% from deep. In one of the meetings, guard scored 41 points, realised 11 of 14 three-pointers! In general, fans of attacking basketball and high performance should pay close attention to the new version of Zielona Gora.

August was held under the motto “Back to the future”. Avtodor also took part in this nostalgic process, which returned ex-Zenit player Philip Scrubb to the League. Canadian national team guard looked decent in St. Petersburg and did not lose his form after leaving: last season, Philip gave out a decent 11.9 points and 4.5 assists in the French league. Taking into account the rule of the magical increase in statistics in Saratov and high expectations from the player (Emil Rajkovic is going to use him as a comboguard, trusting him with the initiative in offensive end), Scrubb may well enter the list of the most effective players of the new season. 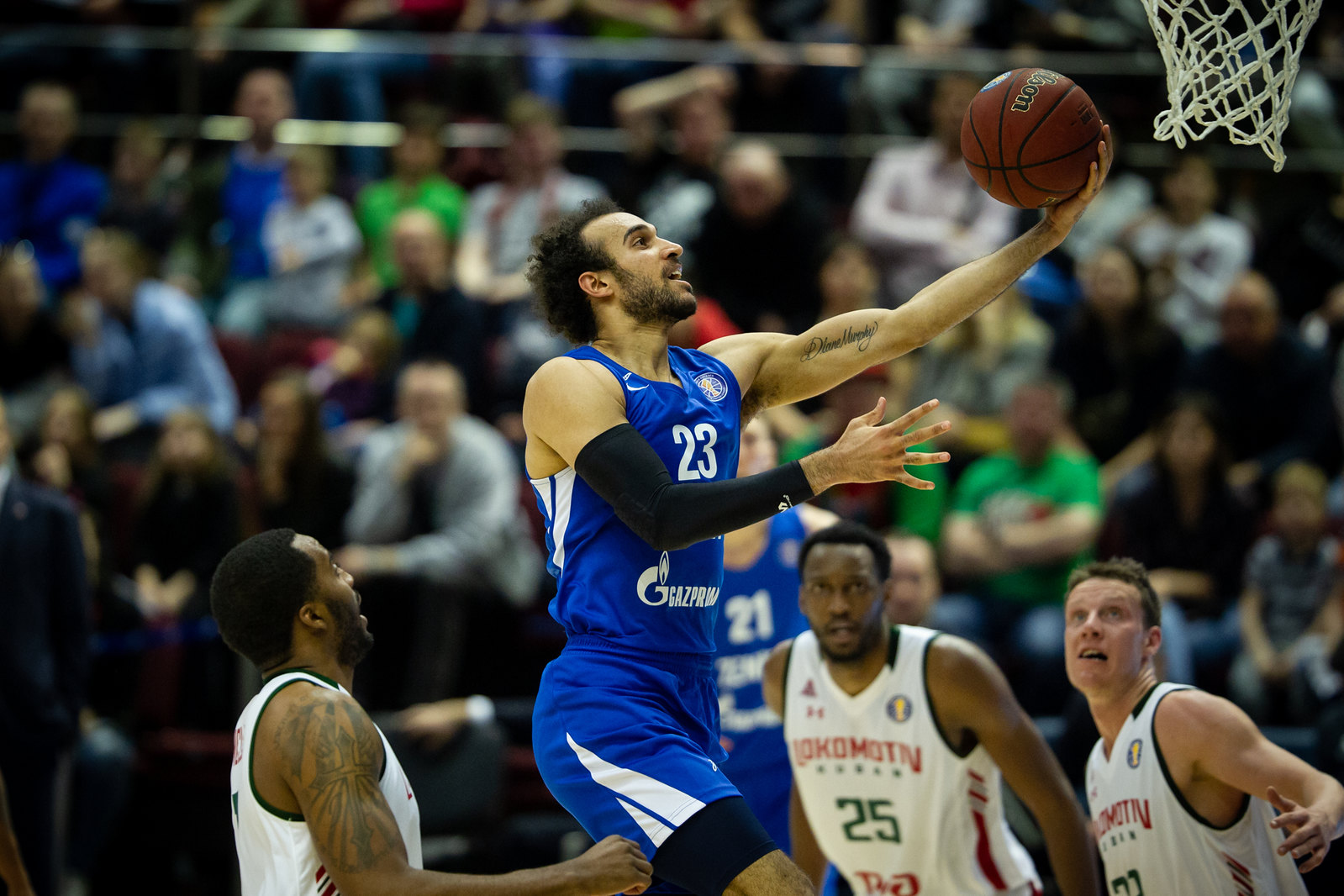 Jaron Johnson also moved to Avtodor from France, but he has not performed in Russia before. The bright American with his original hairstyle will remind Saratov audience of the legendary Courtney Fortson, but his playing style is different. His main weapon is a deep range shots, which he does not hesitate to use at any convenient and not very convenient occasion. Jaron is not so noticeable on the court and does not pull the blanket over himself, but he is extremely useful and helps to achieve results: last season Dijon reached the final of the championship and the French Cup.

Kalev also joined the comebacks parade which signed Davion Berry. This guard sensationally started his career in the VTB League in September 2019, when he realized 5 of 8 from behind the arc and with his 23 points helped Enisey to crush CSKA in the first game of the season.

The American kept this fuse, scoring an average of 18.1 points in the League games and receiving an invitation to the All-Star Game (he missed it due to injury). And everything ended not so bright yet – Berry left Krasnoyarsk in February. If the Estonians find an approach to the obstinate talent who played in Israel and Greece after the Enisey, they will find Davion as a formidable attacking option.

Having spent most of his career in Italy, Ojars Silins will play in the League for the second year. After a good season in Astana (8.6 points with 38.5% from deep range), the Latvian will strengthen the front line of the Tallinn club.

Skylar Spencer became the first Astana recruit. This strong and coordinated forward competently falls under the rim on pick-and-rolls, finishes well in the paint, clings to rebounds on opponent’s basket, and can also support a fastbreak. The American clearly likes to change places – he has managed to play in Malaysia, Venezuela, Romania, Turkey, Finland and Belgium. Perhaps, with his useful set of skills, he will find its place in Kazakhstan.

After spending four seasons in the NCAA, Mark Tikhonenko begins his professional career in Astana . The 23-year-old forward defended the colors of the and youth Russia national team, and he is also the GM team son, the legend of Soviet and Russian basketball Valery Tikhonenko – Mark will be closely watched in the new season.

Anthony Hickey has been signed for the point guard position. This playmaker is primarily aimed at scoring points, although he plays pick-and-rolls well and is always aimed at stealing. And his best qualities give a tendency to independently solve problems: the ability to create an opportunity to shoot and attack from the dribble, as well as the resilience that allows you to bring the ball to the rim. Hickey will become a bright player in the updated Astana.

Robert Upshaw has a great talent, which in 2015 allowed him to claim a place in the Lakers. The problem is that since his student years, personal problems have prevented the disclosure of the potential of this basketball player. At its best, the overall bigman is able to dominate in the paint and deliver big troubles to opponents on the boards, which he partially managed to demonstrate in several games for Kalev in the 2016/17 season. Last year, Upshaw was recognized as the best center of the Turkish Second League in Konyaspor. The American scored an impressive 21.4 points, 8.4 rebounds, 1.6 assists and 1.3 blocked shots. We can only wish him to cope with his inner demons and demonstrate such effectiveness in Tsmoki-Minsk. 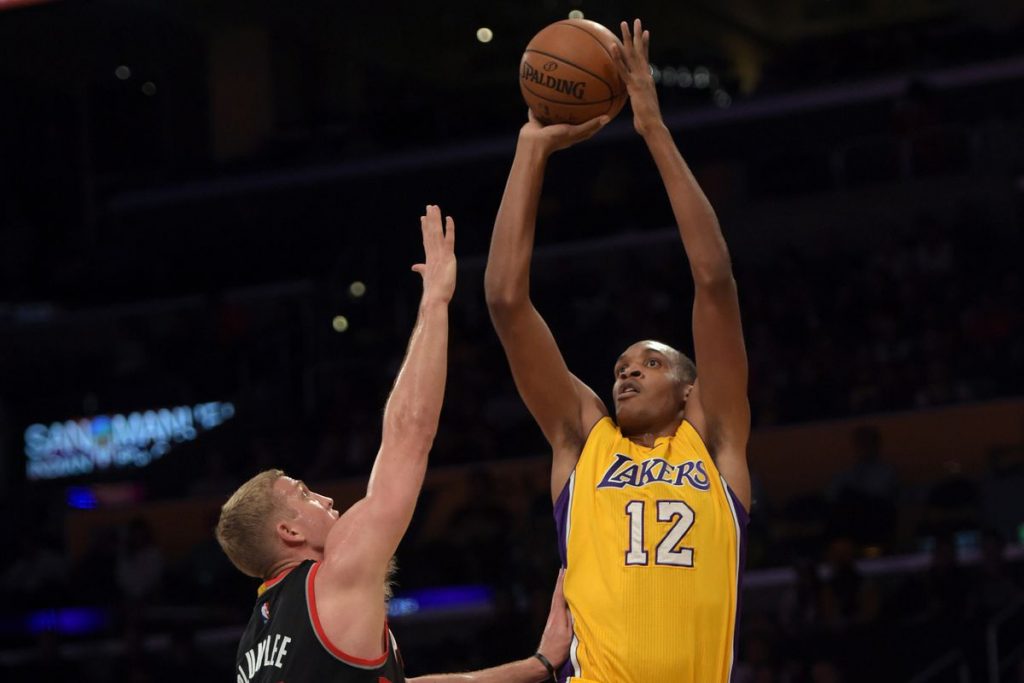 Shooting guard DeAngelo Isby became famous, first of all, for his passion for the exotic. The American played in Saudi Arabia, Australia, Mexico and Slovakia before joining Tsmoki-Minsk. Belarusian scouts expect that the 24-year-old traveler will spend his best season in Minsk.

Center Stefan Jankovic, unlike Isby, played in more famous leagues and teams. After four seasons in the NCAA, Jankovic tried to break into the Miami Heat, and then represented the top-ranked Crvena Zvezda and Partizan in Serbia. The main technique in Stefan’s arsenal is a 3-point shot, which becomes a very formidable weapon and will allow Rostislav Vergun to create such an important space in the opponent’s paint.

The story of Darol Hernandez-Zinenko is rich in bizarre twists. The player’s father is a Cuban who took his Belarusian mother to the Island of Freedom, where the basketball formation of the forward took place. After parents’ divorce, his mother returned to Belarus and took Darol with her. Soon the issue of Belarusian citizenship for the forward was resolved, thanks to which he was able to try himself in the Belarusian championship. Together with Grodno-93 in 2016 he became the country vice-champion, and then twice repeated this achievement with the Mogilev Borysthenes (in 2019 and 2021).  By the way, Darol is already familiar with the Tsmoki head coach Rostislav Vergun: he made his debut in the Belarusian national team this summer and helped to reach the main round of qualification for the 2023 World Cup.