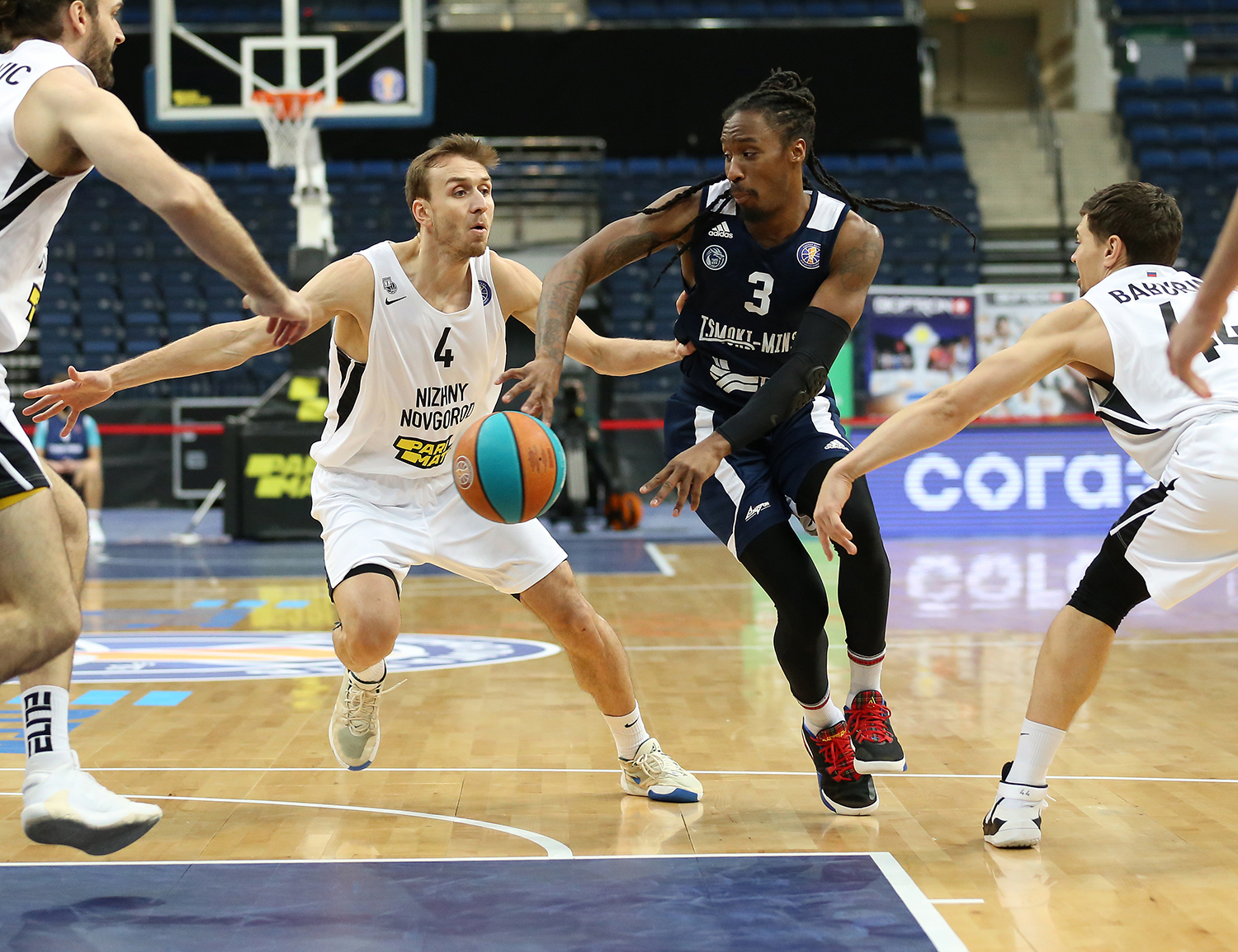 Story
Tsmoki-Minsk (1-8) had come to this game with a 8-game losing streak. Nizhny (6-2) suffered a big loss from CSKA last week but stayed in top 3. Nizhny started firing from the very beginning – 6 of 8 first made shots were three-pointers. Artem Komolov and Evgeny Baburin showed great performnce. The guests built double-digit lead after 10 minutes.

The next quarter started with Komolov’s another three-pointer, but that’s when they ran out of steam. It was a time of Tsmoki’s performance. The Dragons worked with rebounds and 2-pointers (55%). Robert Lowery’s 7 points in a row got them back in the game. After the first half the difference was only 2 points – 39:37.

5 minutes in the second half, and Tsmoki led by Lowery made a 19:4 run (56:43 on the scoreboard). Nizhny woke up after Kasey Shepherd scored and one, and Alexander Gankevich added for their 8:0 run. But with 25:17 in Q3, the guests took control.

With 3 minutes remaining, NN were trailing by 8, but with a good defensive effort and plays by Shepherd and Baburin, they managed to get in the clutch.

The Dragons didn’t get much of the time left. 2 turnovers, 0 points, and Nizhny got closer with 3-pointers of Shepherd and Komolov.

With 8 seconds remaining, Lowery’s bad pass gave NN the opportunity the decided the fate of the game. The key possession was sloppy and ended with a contested long distance shot. Shepherd missed. Minsk survived and stopped the losing streak.

Hero
Robert Lowery. The American became top scorer of the game with 18 of 27 points scored in the second half. Lowery’s points were scored in critical moments. He helped the team cut the gap, fired up the run in the 3rd quarter. The point guard made 7 turnovers which were later compensated by 9 of 11 FG and 66 FT.

Comment
Tsmoki-Minsk head coach Rostislav Vergun:
“Our opponents were well organized. Nizhny are good defensively and move a lot. We were unacceptably bad in the first half hence the 14-point lead. I’m happy we could adjust the game, improve defense and offense. 20 turnovers is too much that’s way the game was close till the end.”

Nizhny Novgorod head coach Zoran Lukic:
“Congrats to Tsmoki. There were two different halves tonight. We controlled the first and lost the second. You know, when we make so many errors in the second half, it would be unfair if the hosts lost with a last shot. Even though I wanted my players to hit it. We gave a chance to our young players in the beginning, but they did many things not in the way it was needed. We allowed the opponents to build a 5:0 run in 15 seconds. It is unacceptable. So Minsk deserved it.” 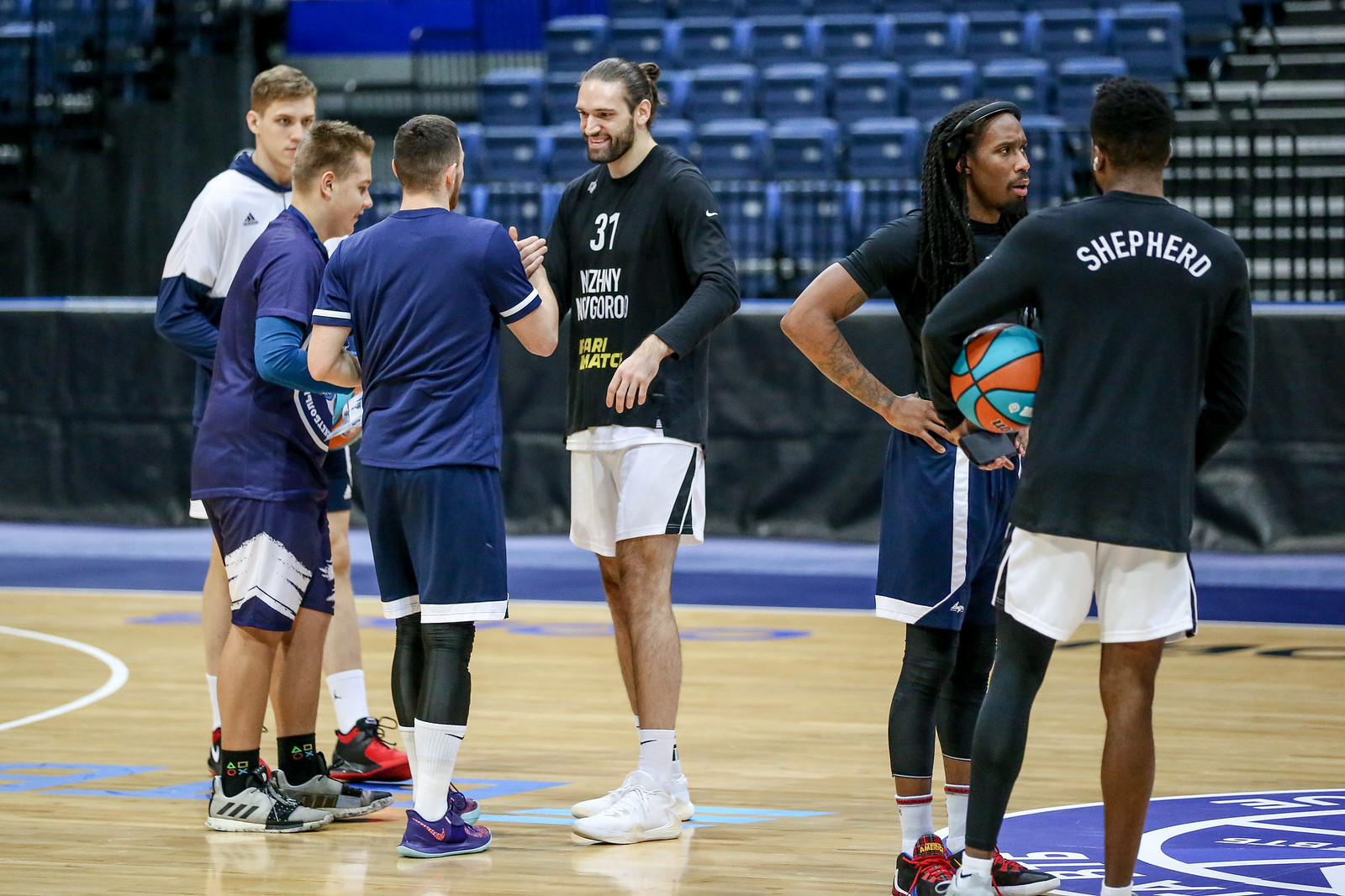