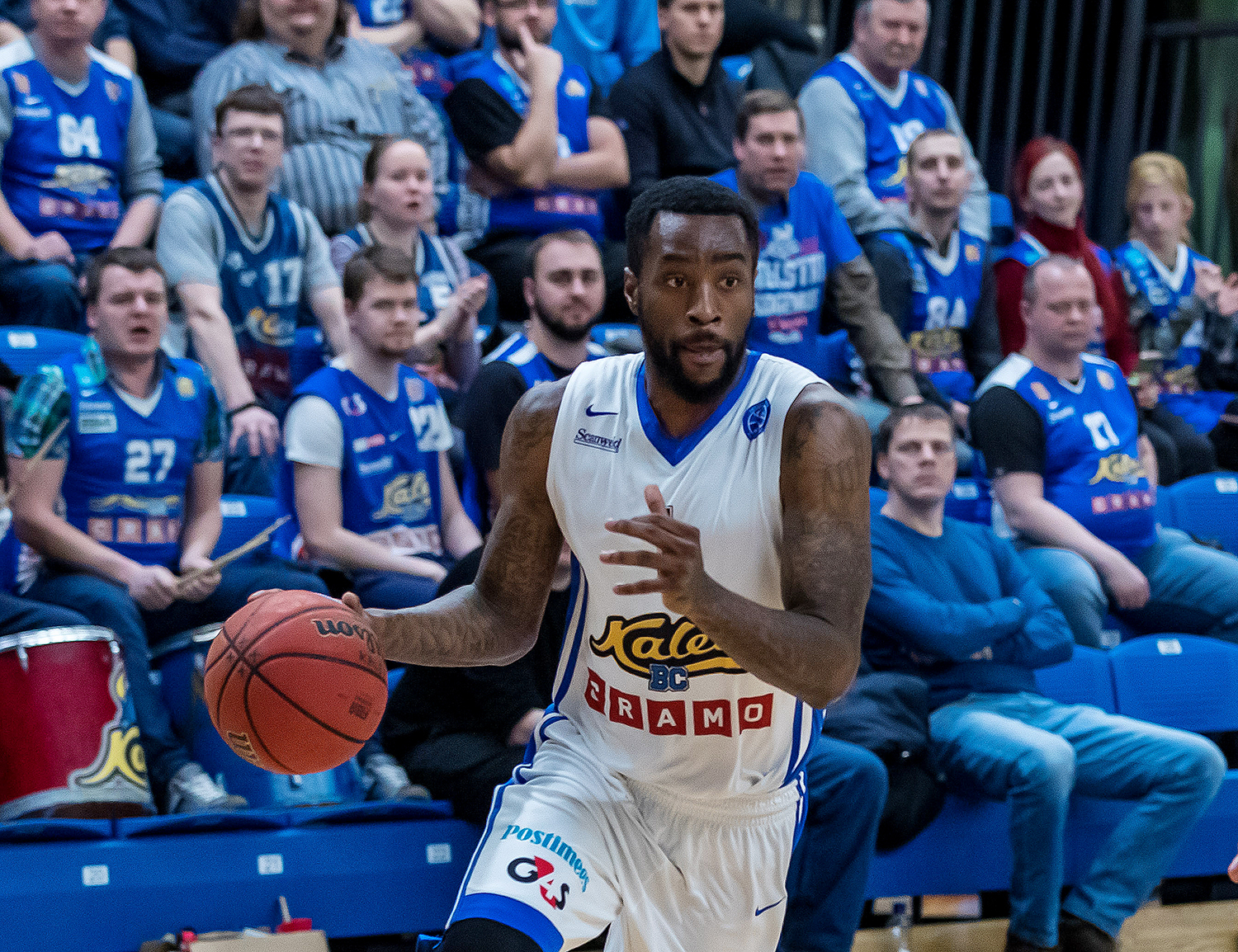 Former NBA player Tony Wroten, who joined Kalev this December with former Sixers teammate Arnett Moultrie, led the Estonians to the playoffs and became a VTB League star this season. In an exclusive interview with VTB-League.com, the American guard called Donaldas Kairys “Coach of the Year”, described his 22-assist game and gave himself a rating in NBA 2K.

– Kalev is enjoying its best season in club history. What’s your attitude going into the playoffs?
– Yeah, we’ve had a lot of success, but there’s no point stopping. We want more! We want to keep surprising people and play our best basketball. We’re trying to go as far as possible in the playoffs, whatever it takes.

– You weren’t on a team from March – December 2018. What did you spend your time?
– I was in America, recovering from an injury. The rehab was successful. When I signed a contract with Kalev, I was 100% healthy.

– Did the fact that Arnett Moultrie was already on the team have an impact on your decision?
– Of course, it’s always cool to reunite with your former teammates. Especially since Arnett and I were friends. Plus, I’d never played in Europe before. This was a new challenge for me. I accepted and became part of the history of this club.

– What surprised you most when you got to Europe?
– The basketball. It’s totally different here. It’s slower and there’s more halfcourt. But the defense is really physical. Basketball in the NBA is more free-flowing and high-scoring. It was really unusual at first, but I got used to it and now I’m enjoying the game.

– Did you now that Kalev’s style is being called the Estonian Process?
– Ha, that’s funny. I didn’t know. But there’s a good reason for it. What can I say? Believe in us, believe in the Estonian Process, it’s not over in the regular season. We want to make noise in the playoffs!

– Donaldas Kairys is the first European coach you’ve played for. What’s it like working with him?
– He’s a really cool coach. He deserves the VTB League Coach of the Year more than anybody else. Kairys doesn’t care where you played or your reputation when you joined the team. If you work hard in practice and show what you can do, you get minutes. He’s a big reason why I’m playing at a high level right now.

– Five years ago, you scored 17 points in an NBA game, but then tore your ACL. Was that the lowest point of your career?
– It was really tough, especially since there were a few injuries. But I got through it. I signed a contract with Kalev in order to rejuvenate my career and get even better. I’m happy now on the court and off it. And, I hope this is only the start.

– Who’s your best friend in the NBA?
– My cousin Nate Robinson doesn’t play in the League anymore. I talk to Monte Morris from the Denver Nuggets the most. We played together in the G-League last year.

– Do you think the doors to the NBA are still open to you?
– I hope so. My dream is to return to the NBA next season.

– You scored two points and dished out 22 assists in a Latvian-Estonian league game. Did you know you’d set the league record for assists?
– No, during the second half one of my teammates came up to me and told me I already had 14 assists. I was surprised and kept getting teammates the ball. By the end of the game, I didn’t know how many assists I had or what the record was. But it turns out I did set the new league record.

– What do you think of Philadelphia’s chances to reach the NBA Finals?
– They have a great roster that can definitely contend for a spot in the Finals. But I don’t think any of the teams that come out of the Eastern Conference have a shot in the Finals. Nobody’s going to beat Golden State in a seven-game series.

– Was Allen Iverson the most exciting NBA player of all time?
– He’s one of the top two ever. Jason “White Chocolate” Williams was the other. He wasn’t a superstar and didn’t make the All-Star Game, but he was so entertaining.

– Who would be in your all-time NBA top five?
– Oh, that’s easy. Steph Curry at point guard, Kobe Bryant and Michael Jordan at the two and three positions, LeBron James at point forward and Shaquille O’Neal under the basket. Believe me, that roster would never lose.

– Judging by your Twitter, you love soccer. How did you fall in love with the sport?
– It’s funny, but I love soccer because I know I’ll never be good at it like other sports. I like being a regular fan. I’ve kicked the ball around with my friends, but I never took the game seriously.

– Did you watch the World Cup in Russia?
– Of course! I watched a lot of games. I followed absolutely every game. It’s too bad I didn’t come to Europe a little sooner. If I would have been here this summer, I definitely would have made it to a stadium.

– Who’s your favorite player?
– I like Liverpool’s Mo Salah. I think he’s definitely one of the top three players in the world right now.

– Which pair is your favorite?
– The classic Air Jordan 11 Bred. Those are sweet shoes.

– Four years ago on Instagram, you complained about your 75 rating in NBA 2K. What rating would you give yourself now?
– Minimum 85, minimum! I’m more experienced and stronger mentally and physically. I’m at the peak of my career. So my rating should be significantly higher than it was four years ago.

– What other video games do you play besides soccer and basketball?
– I love Madden NFL, GTA, Red Redemption 2. I have to play Call of Duty, too, because my friends like it, but I’m honestly not that good at it.