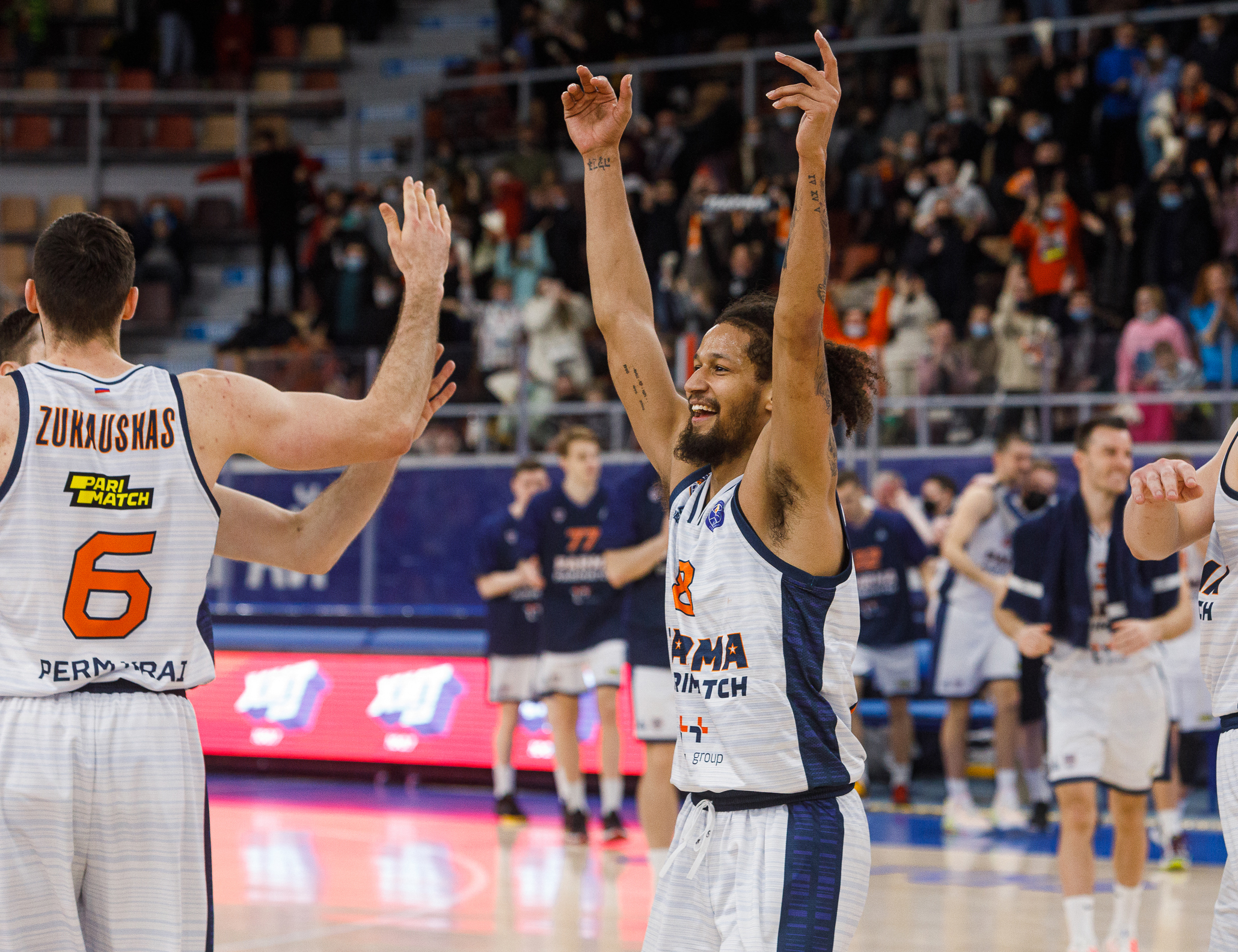 Game progress
PARMA has noticeably improved its position in the standings in the last 2 games, securing 5th place. In the case of a win over Zenit, the Perm team would have reduced their gap from the St. Petersburg team to just 1 win. Therefore, the hosts actively got down to business. The first 5 minutes were Artsiyom Parakhouski benefit. He scored 8 out of 10 team points. But after the Belarusian bigman left the site, PARMA only increased its momentum. Exemplary defense helped PARMA to organize 11:0 run, where the key players were Mareks Mejeris and rookie Valery Likhodey. Only at the end of the quarter, Billy Baron and Jordan Mickey help Zenit reduce PARMA’s double-digit lead to 7 points.

In the 2nd quarter, the hosts continued to demonstrate perfect defense. After Andrey Zubkov shot, Zenit could not score for more than 3 minutes. Billy Baron’s 3-pointer didn’t change anything — immediately after that, the guests gave out another 3 minutes without scoring points. PARMA did not forgive the mistakes of Xavi Pascual’s team, first regaining a double-digit lead, and then bringing it to 15 points lead by the halftime.

🚨 @zMareks ends 1st half vs Zenit with layup!

Zenit started the 2nd half actively: first Jordan Mickey scored from behind the arc, and then Jordan Loyd scored 6 points in a row. Another scored shots by Baron and Zubkov marked the nascent comeback of the guests. But another PARMA run, which again turned on the defense, restored the double-digit lead – 52:42.

The key moment
In the final quarter, Zenit made a last attempt to get back into the game. First, Sergey Karasev and then Billy Baron reduced the difference to 6 points. But PARMA was no longer going to give away the win. Jeremiah Hill got one of the best quarters of the season, and when PARMA leader took a break in scoring, Nikolai Zhmako and Mareks Mejeris supported him. Not allowing the guests to take the decisive 10 minutes, PARMA did not give Zenit the opportunity to organize a comeback. The 3rd win in a row helped PARMA to gain a foothold in the Top-5.

Hero
Jeremiah Hill. In the first three quarters, the defender of PARMA focused on organizing attacks, and spilled the saved energy in the decisive 10 minutes, scoring 13 points, which allowed him to become the most productive player of the match.

Numbers
1 – Zenit got its 1 loss on the road this season.

Comments
Kazys Maksvytis, PARMA-PARIMATCH Head Coach:
– This is our New Year’s gift to the Perm fans, and today they helped us a lot! The game was hard, physically. Zenit is a strong team with a good coaching staff and players. I am very glad that the players stuck to the plan, especially in the second half of the game: when the opponent wanted to take the initiative, the team did not give up and stood up. They deserved this win!

Xavi Pascual, Zenit Head Coach:
– Congratulations to PARMA on the win! Today they played much better than us, we lacked energy. Now we hold games every three days and this also affects the condition of the players. There was no Alex Poythress, Arturas Gudaitis, Mateusz Ponitka and Jordan Loyd also felt bad. Of course, these are not excuses, but it also affects the game. 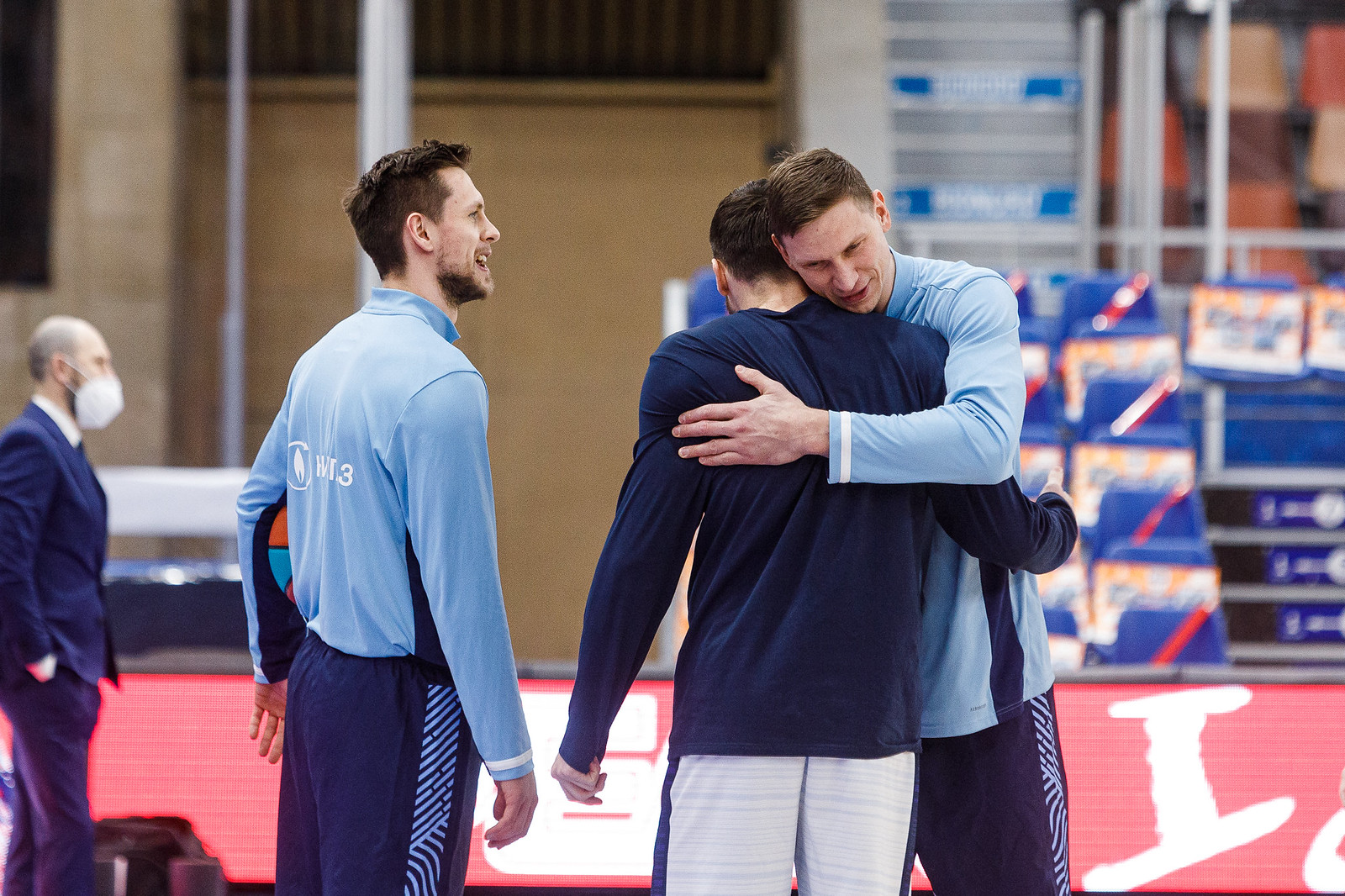