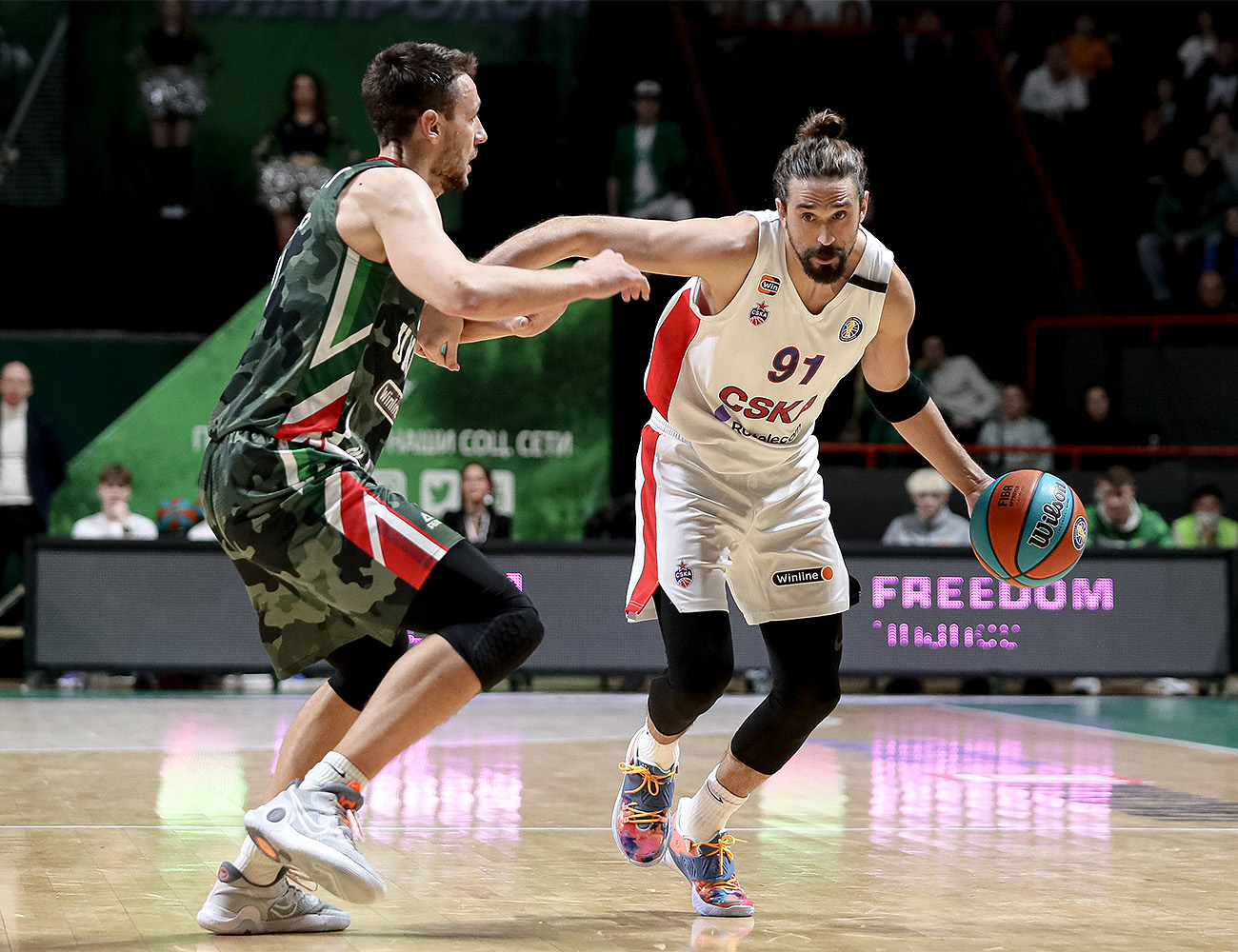 Game progress
The the rivals came up in perfect shape to the  Game of the Week — CSKA repeated its best streak (13 wins at the start of the season), UNICS was only 1 win behind. In order to reach a clean first place, the Kazan team had to win with 14 pointed difference.

UNICS immediately stared the game. Nenad Dmitrijevic 2 three-pointers and Jalen Reynolds activity in the paint helped the hosts to start with a powerful 18:6 run. The Army team as usual, relied on Alexey Shved and Nikola Milutinov duo, but this time the Kazan team defense did not allow CSKA to get the ball to the Serbian Center with ease. UNICS double-digit lead (20:9) and after another Reynolds made shot, CSKA coaching staff was forced to make adjustments to the game.

After Anton Astapkovich and Livio Jean-Charles entrance, the Army team moved the ball faster and began to chase the rival. Astapkovich 7 points in 5 minutes on the floor helped the guests finish the first quarter, trailing only by 4 points — 27:23.

In the second quarter, Emil Rajkovic left players who successfully played at the end of the first quarter. And Astapkovich-Jean-Charles-Casper Ware trio justified the coach trust by 9:2 run. CSKA took the lead (32:29), after which the game had changed — until the end of the first half, the lead was changed 6 times. The last word still remained with the hosts — a few seconds before the end of the quarter, Daryl Macon returned the lead to UNICS — 47:46.

The third quarter began again with Velimir Perasovich team run. The fast line-up of the Kazan team with three guards tortured CSKA defense. After another Macon drive, the hosts regained a double-digit lead – 61:50. By the end of the quarter, the Army team only managed to reduce the difference to 7 points.

The key moment
In the fourth quarter, the pace of the game noticeably decreased and CSKA time had come. UNICS could not find how to stop Livio Jean-Charles and the Kazan team lead began to gradually decrease. CSKA with 2 bigmen Milutinov, Jean-Charles and Nikita Kurbanov as shooting guard exhausted UNICS. Casper Ware and-one, Kurbanov three-pointer — and now CSKA regained the lead.

But the key events in the quarter happened in the last minutes. Twice the Army team was up ahead with three-pointers and twice UNICS equalised the score with same threes. In the last seconds of the regulation, with 84:84, Nikita Kurbanov after steal rushed into a fastbreak and even scored, but the guests’ forward did not make it on time and the game went into overtime.

The extra five minutes was overstressed. The key events happened in the last minute of overtime. By this time, CSKA could have already secured a decisive lead, but Jean-Charles, Shved and Ware scored only 1 free-throw out of 2, leaving chances to UNICS. The hosts had 5 seconds left for the last possession with CSKA lead 95:93, while the Kazan team no longer had timeouts. UNICS did not have time to make a good possession — Nenad Dmitrijevic three-pointer was missed. CSKA took the win and strengthened at the top of the standings.

Hero
Alexey Shved. Although CSKA key players combo (Shved– Milutinov duo) did not work this time, the guard rebuilt his game, successfully made his shots, got connected with Ware and Jean-Charles and in overtime scored more than half of the team points (6 out of 11).

Numbers
14 Wins in a row are a new CSKA team best at the start of the season.