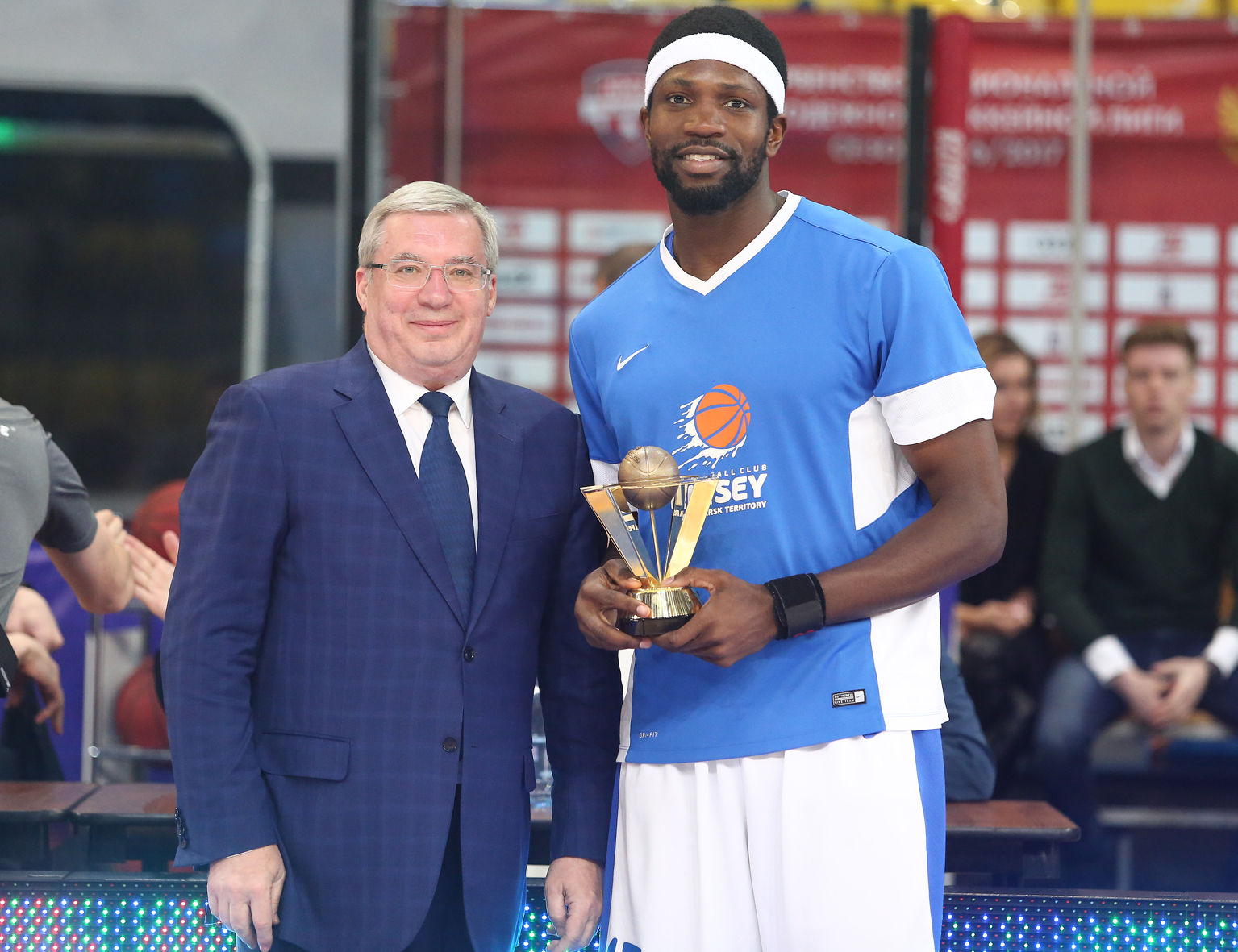 Enisey forward Suleiman Braimoh has been named the 2016-17 VTB United League Sixth Man of the Year. He was honored prior to Game 3 of the playoff quarterfinals in Krasnoyarsk on Tuesday, receiving his award from Krasnoyarsk Krai governor Viktor Tolokonsky.

The Sixth Man of the Year (players must start more than 50% of games on the bench to be eligible) was inaugurated in 2013-14, going to Khimki forward James Augustine. Other winners have included Khimki guard Petteri Koponen (2014-15) and UNICS guard Quino Colom (2015-16).

Suleiman Braimoh played in 24 games during the regular season (starting 22 on the bench), averaging 13.0 points, 5.0 rebounds, 1.8 assists and a 13.8 efficiency rating. He was big in clutch moments and often sparked the Enisey offense as the team’s trusted sixth man.