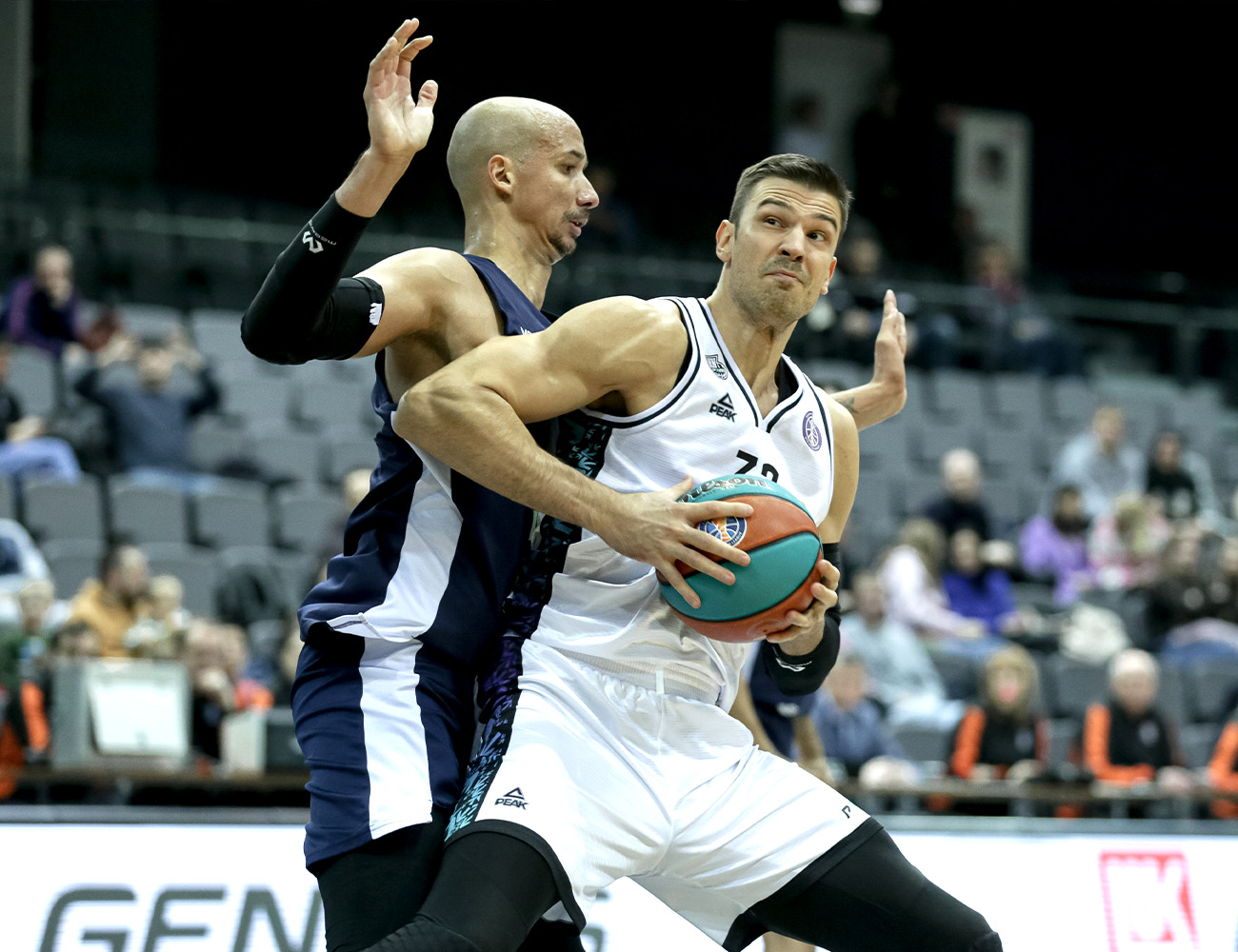 Pari Nizhny Novgorod arrived in Minsk with the  3 losses in 4 games. Therefore, the road game was very important for the Volga team to make it to the Top-6.

Neither MINSK nor Pari NN are among the best scoring teams, so the first quarter was not so resultative. Due to Ivan Strebkov and Aleksandr Gankevich, the guests secured a double-digit lead by the middle of the 10th minute. Although the Volga team managed to play good defense — for the entire first quarter, MINSK scored only 7 points. In the second quarter, the Minsk team debutant Jovan Sivancanin successfully entered in the game, helped in offense, but by the halftime the guests managed to maintain a double-digit lead – 28:17.

The second half began with Dmitry Khvostov three-pointer made and then Evgenii Baburin scored 7 points in two minutes. Ivan Strebkov also added 7 points in a row.

After 2 quick three-pointers by Strebkov and Khvostov, Pari NN lead became 20 points for the first time in the game – 53:32. Only in the final quarter, Supreme Hannah helped MINSK to escape from a major loss. Pari Nizhny Novgorod wins the seventh game of the season and reaches a 50% wins and losses balance.

Ivan Strebkov. The Russian guard became the best scoring player of the game and helped to make the team’s decisive run in the third quarter.

Only 57 points Pari NN let the opponent score, which is the team’s best this season