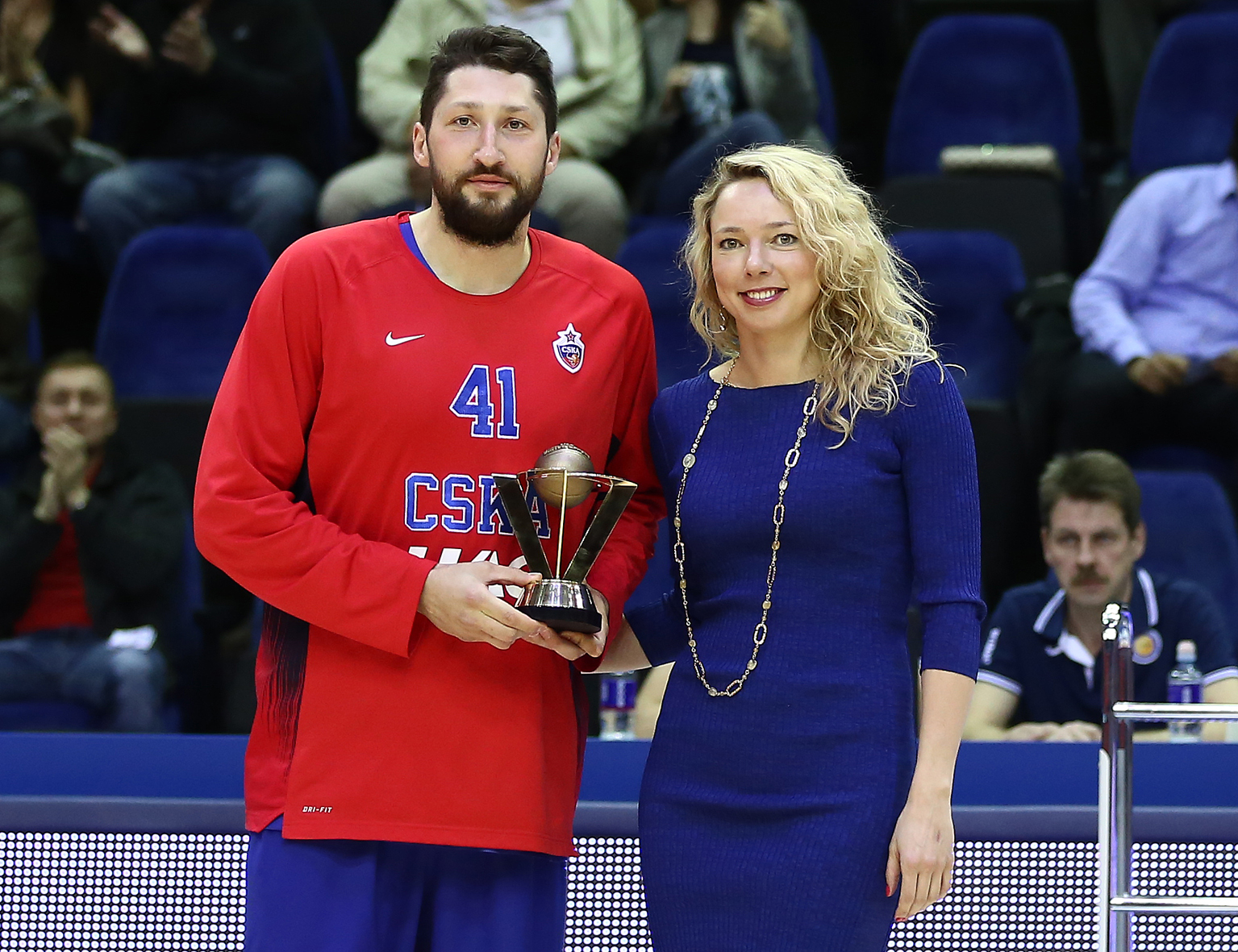 CSKA forward Nikita Kurbanov has been named 2016-17 VTB United League Defensive Player of the Year. He was honored earlier today in Moscow prior to Game 1 of the playoff quarterfinals vs. Astana. VTB United League general director Ilona Korstin was at the game to present his award.

CSKA Moscow was one of the League’s top two defensive teams this season, allowing only 74.3 points per game. Nikita Kurbanov, who played in all 24 regular-season games, finished 3rd in efficiency rating, +12.8.

– Thank you to everyone in the VTB United League, who had a part in this prestigious award, – said Kurbanov. – The news was unexpected and a very pleasant surprise. It’s great to have a prize that values the dirty work. I know that other Army Men have received the award in previous seasons, so I’m very glad to continue a good tradition. My game is built on my defense, which is considered the primary foundation for winning in basketball. It’s important to point out that these days it’s hard to stop an opponent one-on-one. Good defense is always a team accomplishment. I believe all of my teammates should get credit for my prize.