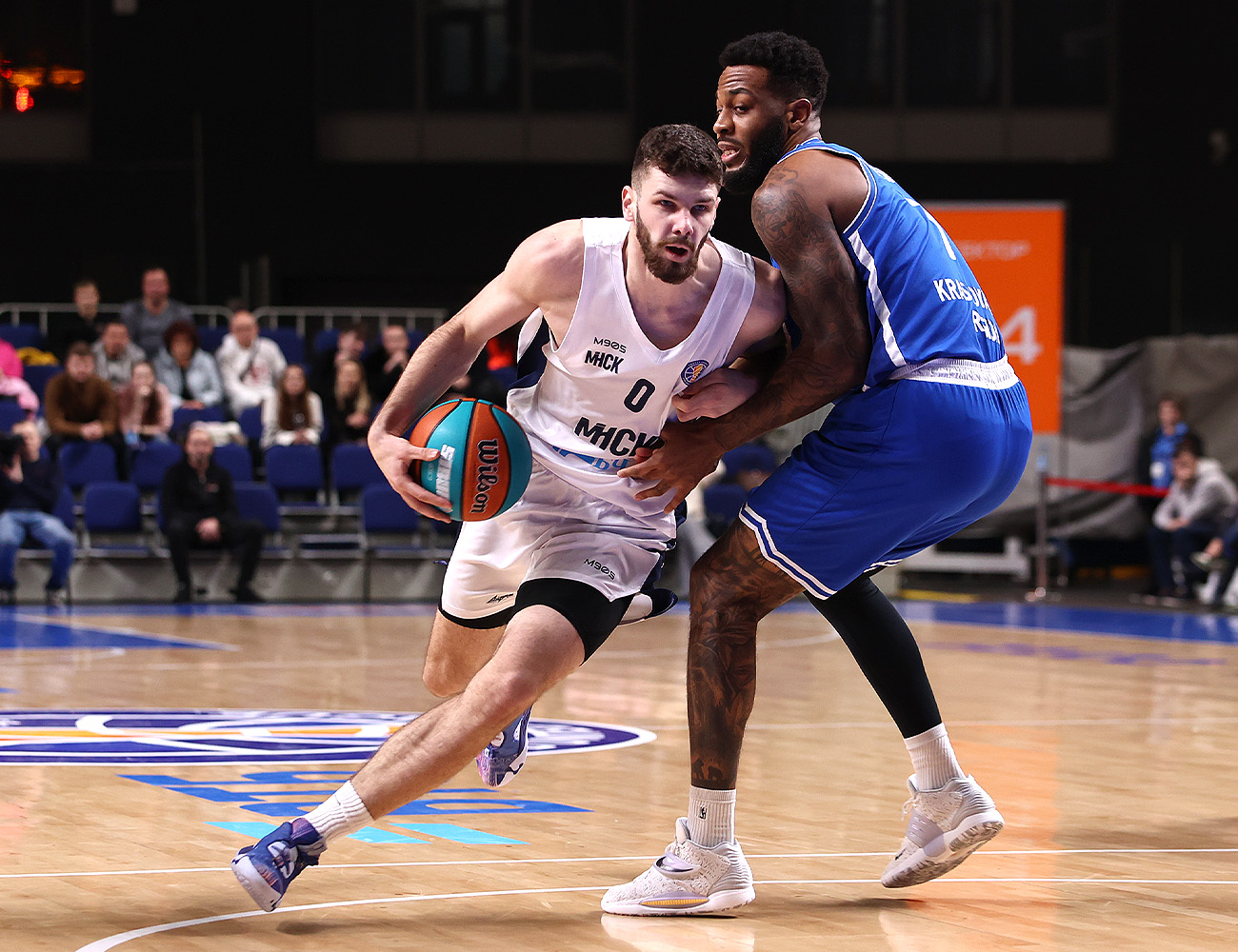 Game progress
Enisey had the first win this season in Minsk. In this game, the Belarusian team planned to rematch. The guests did not win a single game this season.

The teams started the game cautiously.  And this was reflected on the score. The opponents scored only 30 points. The hosts had a small lead— 17:13.

In the third quarter, MINSK continued to control the game. High-quality defense and shooting percentage allowed the guests make a 10-point lead before the fourth quarter – 56:46.

The key moment
With such excellent defense, the Krasnoyarsk team gradually caught up with the opponent. The peak was at the last minute. After Orlando Coleman three-pointer 28 seconds before the end, the difference was only 2 points – 61:63. But Enisey had bad experience with the endings this season and this game was another confirmation. In the decisive possession, the hosts surprisingly allowed the guests the had a full offensive possession and despite Bliznyuk missed the shot, the Siberian team simply did not have enough time to reply.

Hero
Supreme Hannah played only 2 games for MINSK, but he has already noticeably helped to transform the team offense. In this game, the American guard scored 18 points and became the best scoring and effective (17) player of the winning team.

Numbers
1 — MINSK became the last team in the League to get at least 1 win this season.