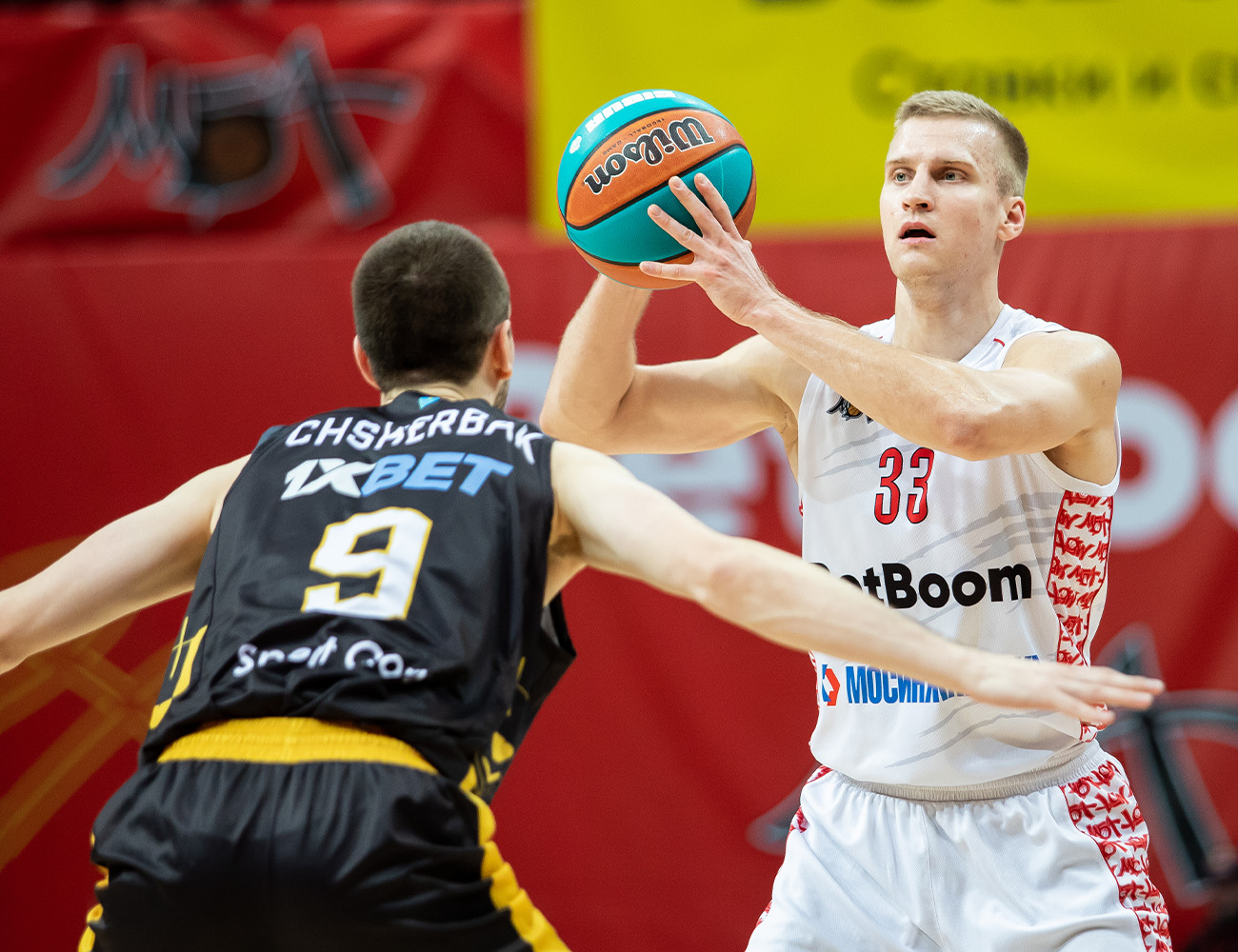 Game progress
The opponents had different places before the game. MBA closed theTop-4 of the League and Astana shares the last place with MINSK.

Despite this, the first half was equal. At the start of the game, Andrey Lopatin and Evgeny Voronov and-ones helped the hosts to get ahead, but Roman Marchuk equalized the score. Than Evgeny Valiev scored 4 points at the end of the quarter and the quarter ends – 16:12, MBA led.

In the second quarter, the Moscow team took the biggest lead of the game (24:16), but Astana shoohers Roman Marchuk and Vadim Shcherbak restored the defference with three-pointers. By the end of the first half, the guests was a three-point shot behind – 31:28.

The start of the second half was poor Vasily Karasev team. Michael Myers dominated in this segment – first he scored three points in 1 possession, made assists to Oleg Balashov and then Marchuk. Astana not only managed to catch up with MBA, but also went ahead by 4 points — 39:35.

The key moment
The game changed when Vasily Karasev let Daniil Kasatkin play. MBA guard became a playmaker and immediately making an effective drive. Kasatkin – Platonov – Yakushin trio made a 12:3 run. The time-out by Oleg Kiselev helped to slow down the pace and stabilize the game, but Astana still finished the third quarter behind – 53:49.

But MBA has already feel the win. Andrey Lopatin and Evgeny Voronov brought MBA to 10-point lead — 66:56. After that, Astana rotation consisting of 7 players (Askar Maidekin and Andrey Litvinenko came out for just a few minutes), finally ran out of strength. The Moscow team continued to build up the lead and eventually got a huge win. For MBA, this win became the 10th in 15 games — the League newcomers continue to pursuit the Top 3.