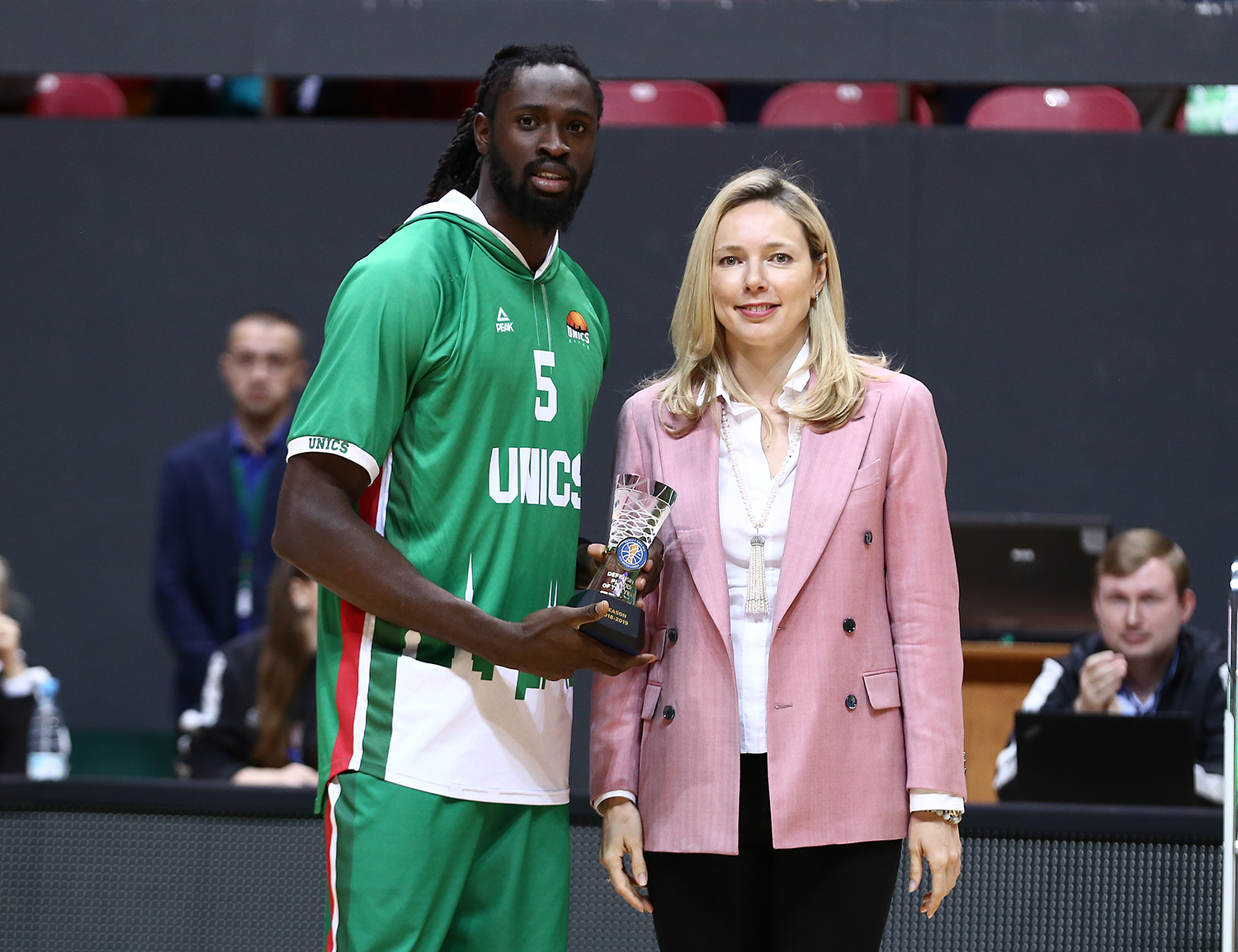 UNICS forward Maurice Ndour has been named the 2018-19 VTB United League Defensive Player of the Year.

This is the sixth time the Defensive Player of the Year award has been given out. The first winner was CSKA’s Alexander Kaun in 2014. Subsequent winners were CSKA forward Andrey Vorontsevich (2015), CSKA center Kyle Hines (2016), CSKA forward Nikita Kurbanov (2017) and Lokomotiv-Kuban guard Dmitry Kulagin (2018).

“Thank you to the VTB United League for this award. I pride myself most of all on defense,” said Maurice Ndour. “I’m also very grateful that others have valued my role on the court.”