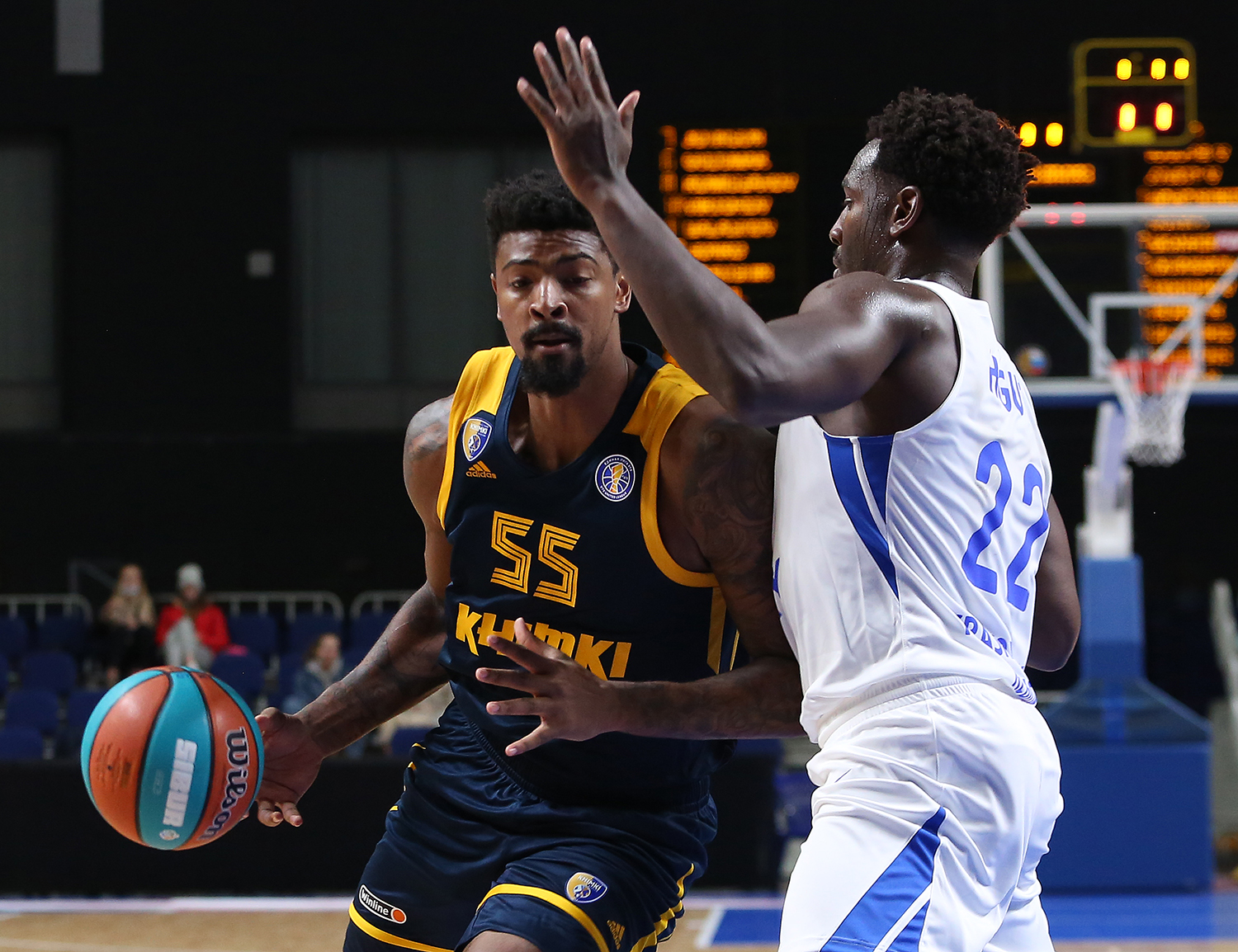 Story
This is the first season in the League that Khimki started with two straight losses. It was no surprise to see Rimas Kurtinaitis’ side come to Krasnoyarsk with extra motivation. Plus they could be optimistic, as the Yellow-blues hadn’t been beaten in Siberia before.

Jonas Jerebko marked the first part of the game. The forward scored 10 to secure Khimki’s lead 13:1. Mikhail Kulagin stepped out from the bench to turn the tables. Enisey’s newcomer revived the Siberian’s offense. With the guard’s 11 points, Krasnoyarsk managed to build a long run and win the first quarter 23:20.

Kulagin and Yakushin scored 28 points in the first half which helped Krasnoyarsk extend the lead. Enisey even reached double-digits with 33:22 on the scoreboard. The guests, however, managed to get the game back. Aggressive defense against the hot leaders of the opponent, plus boost of the front court led by Jordan Mickey helped Khimki level the game by the halftime – 43:43.

In the third quarter, the yellow-blues finally activated sniper mode. Dairis Bertans, Janis Timma and Jordan Mickey each scored two 3-pointers to get 10-point lead for Khimki before the decisive quarter – 68:58.

The game’s end was not dramatic. The guests maintained pressure in the fourth quarter. Aggressive defense, shots by Mickey, Timma and Bertans helped them reach +20 in the middle of the period (81:60). In the remaining time, the hosts only managed to cut the gap a little bit.

Hero
Jordan Mickey was Khimki no.1 option. The American scored from both drives and distance. He was the top scorer (24) and the most efficient player (24).

Stat
This was Khimki’s 8th away win over Enisey. Along with Zenit, the Yellow-blues are the only team unbeaten in Krasnoyarsk.

Comments
Enisey head coach Drazen Anzulovic:
“I’m not happy with today’s game even though there’s reasonable explanation for quality of our actions. I could say that Johnson started training only 5 days ago after he’d recovered from injury, and over the scope of 6 previous months he hadn’t played any basketball due to global pandemic. But after all, today we didn’t look like a team in full fitness for this level. And today’s it’s the most dissapointing thing for me.”

Khimki head coach Rimas Kurtinaitis:
“At the moment every basketball fan knows our situation: we miss three point guards. Which is the basis of the team, the team that is built around Alexey Shved. After two losses we were preparing like it’s the finals. We know how tough it is to play in Krasnoyarsk, we always have troubles here. But today we started well, the game was developing not bad, and in the fourth quarter we were confident to grab the win. We controlled the game although I’d like to see better performance from young players on the last minutes.”

Next
Enisey: October 1 vs Tsmoki-Minsk
Khimki: October 5 vs Kalev