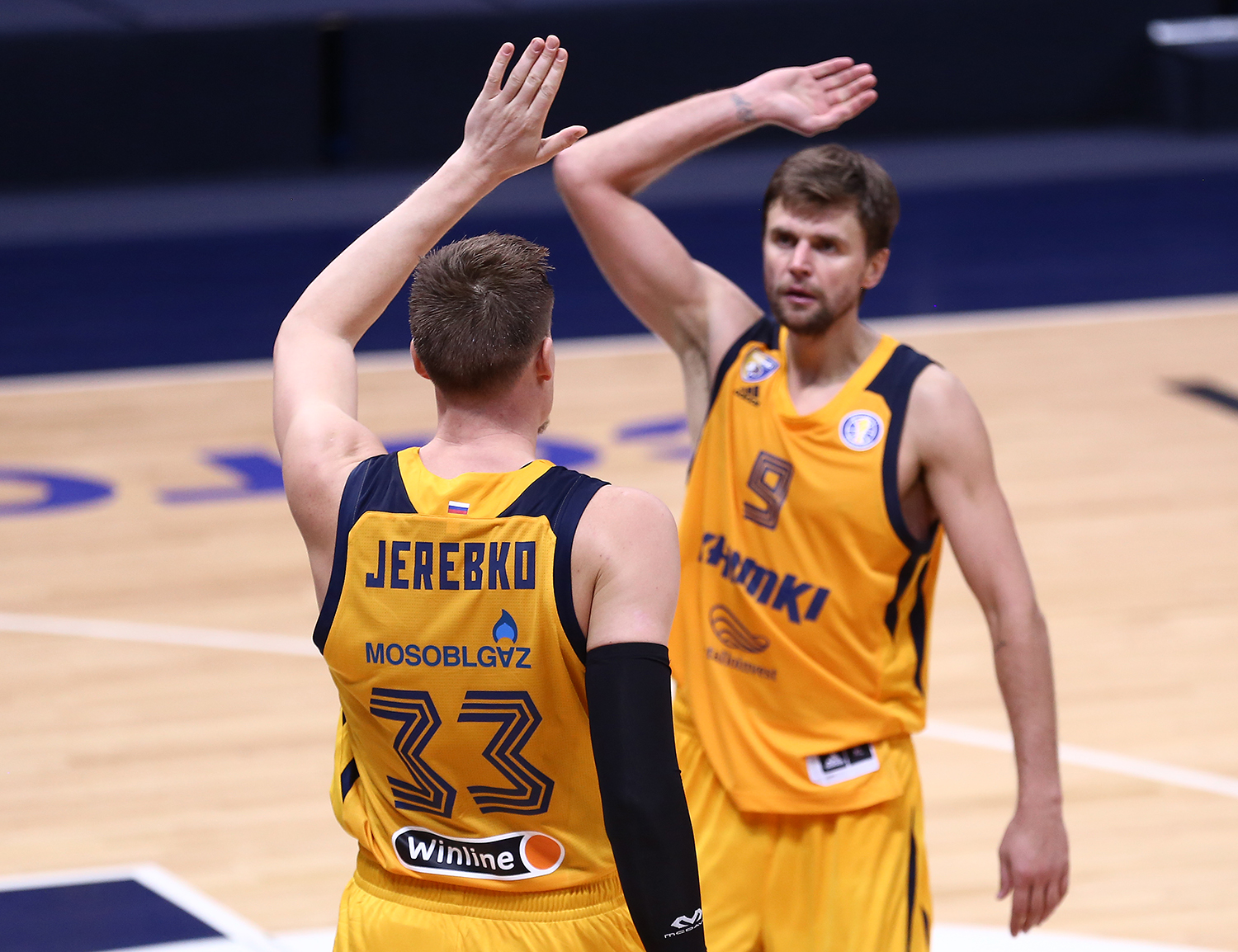 The first half was a challenge for the hosts. Khimki were close to building a double-digit lead in the fist quarter, but Kalev reached -4 distance on the last minute. The second quarter was even more intense with the same scenario: after trailing by 9, Kalev jumped to -5 and 51:46 by halftime.

The third quarter was decisive with Khimki’s flawless defense. The guests needed more than 3 minutes to get the first two poi.nts in the quarter. Jerebko’s activity covered the whole court and his three-pointer finally got the double-digits – 56:46. Later on, Khimki paced up, reached 14-point margin and controlled the rest of the game.

Hero
Jonas Jerebko. With the lack of team leaders, he took the role, showed perfect performance and was Khimki’s MVP in every episode. He needed 26 minutes to hit an impressive double-double of 30 points and 10 reobounds. This is Jerebko’s career high in United League.

Stat
10 points allowed by Khimki in the third quarter. After this, the hosts left no question on the outcome of the game.

Next
Khimki: October 19 vs Astana
Kalev: October 11 at Lokomotiv-Kuban