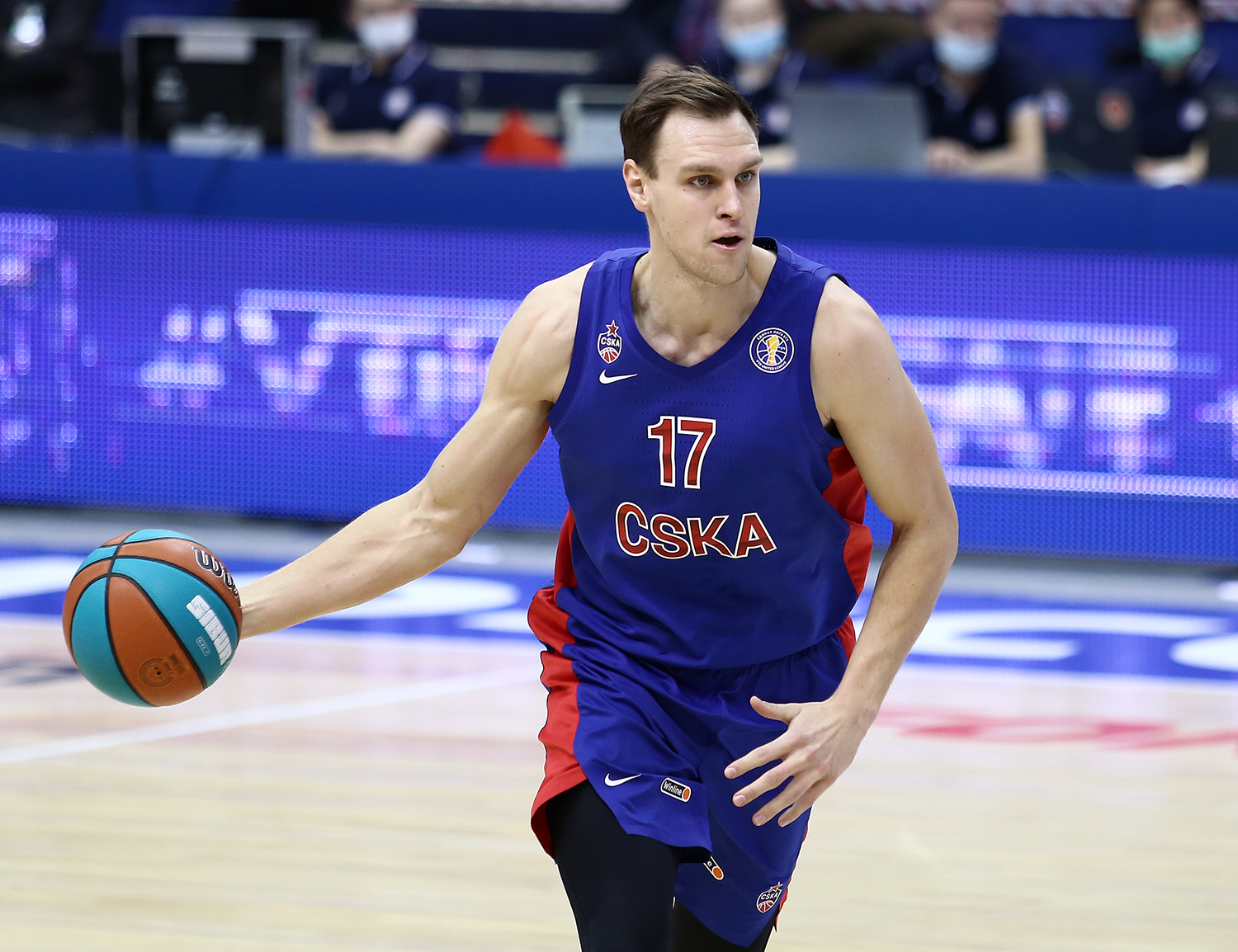 – Johannes, perfect month, congratulations on MVP award! Remember the toughest game for CSKA in March in the VTB League?
– Thanks for the recognition and this award! The toughest one? Probably, against UNICS, mostly because of its importance. As a result, via this victory we took the second place in standings and saved a chance to catch Zenit.

– In the game against UNICS your stats were unique,  11 points, 11 rebounds and 7 assists, you were 3 assists away from the triple double. Have you ever achieved it in your career?
– No triple doubles for me yet. I remember, in 2019 when I was playing for Basconia in the Euroleague against Khimki I was only 1 assist and 1 rebound away from triple. It was close!

– Is it coincidence that you managed to give 7 assists or is it one of your hidden superpowers?
– I wouldn’t call it a superpower. It’s more like a part of the game. I like to make assists. Sure, it’s perhaps strange that big player makes so many assists, but I can do it, so why shouldn’t I use that skill.

– Your playing style have much in common with Dirk Nowitzki. Have you been practicing his moves on purpose?
– I guess, many wanted to be like Nowitzki. He is arguably the best shooting big in the basketball history. So why not to use his moves and steal some elements? For sure, I’ve taken some from Dirk. Together with my individual preparation coach we watched many Nowitzki shooting technique videos.

– Everybody knows that CSKA is a big family. Who is your best friend in the team?
– There are teammates that you spend a little more time together with that the others. On of these for me is Toko Shengelia. Probably, the point is we met a long ago, played together in Basconia. Also, we have different views on many things, so it is always interesting to argue with Toko.

– Favorite place in Moscow for rest and walks?
– This year it is definitely my house. Before the pandemic, my family, I and our dog were walking in parks a lot, in city center, it’s beautiful out there.

– By the age of 14 you never played basketball, at the age of 18 became a pro. How have you managed to achieve that in 4 years while it takes 8-10 years from the others?
– It was tough, had to learn much in short time, adapt much, before that I was playing handball. Of course, I had many of practices. Anyway, I’m happy that at the age of 14 I decided to change sport.