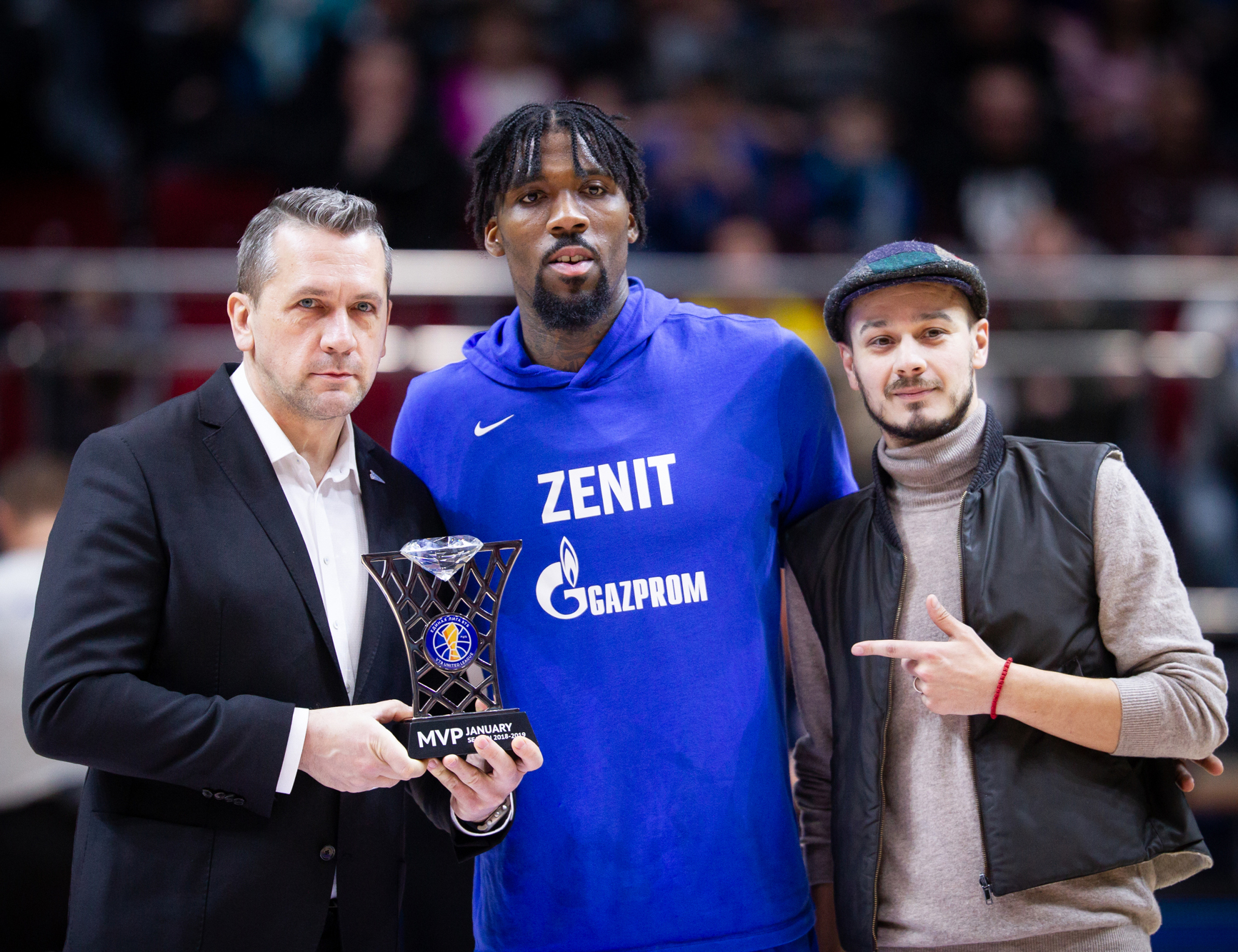 Zenit picked up three wins in January (vs. PARMA, Nizhny Novgorod and CSKA) and is in the hunt for a top-three finish. St. Petersburg’s win over CSKA was the first defeat for the reigning champions this season.

Jalen Reynolds was a genuine leader on the court, averaging 16.0 points, 8.0 rebounds, 2.7 assists and a 24.7 efficiency rating (best in the League in January).

– It’s a big honor to be January MVP in the VTB League, – said Reynolds. – I’m grateful to my teajmmates. I couldn’t have won without them. I want to thank the club for the great job they do running Zenit. I’m also grateful to my family and their unwavering support. Go Zenit!