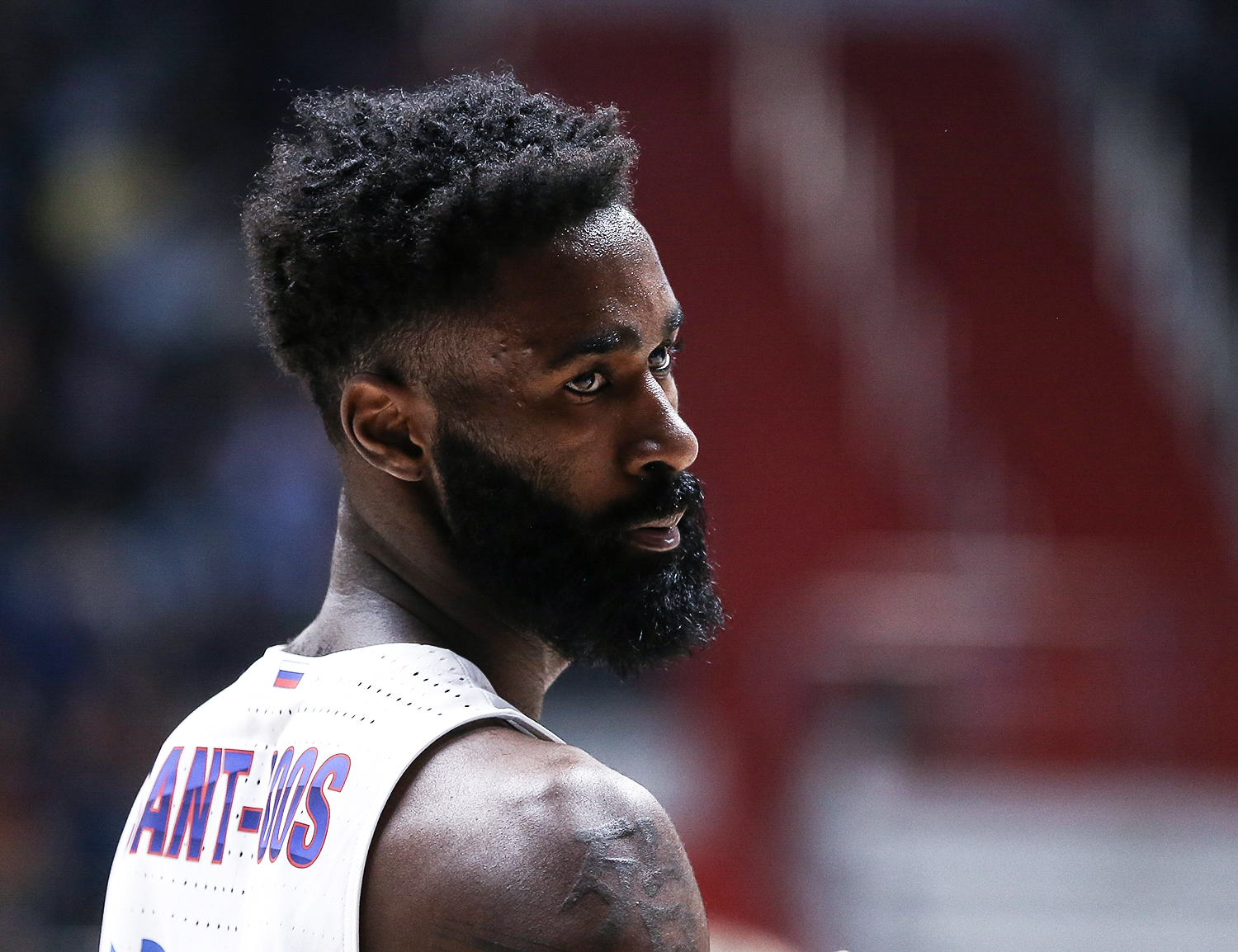 Howard Sant-Roos came back to VTB United league and debuted for CSKA in game against Zenit. Right after the game forward remembered how he was playing for Nymburk, said when he started playing basketball and what are places to visit in Cuba.

– Congratulations on your return to VTB league!
– Thank you, I’m really happy to come back to League after all these years.

– You were a Nymburk player in 2015/16 season. What do you remember most as a Czech team player?
– First of all, lots of games and flights. The point is that apart from VTB league we played in Czech championship and FIBA cup. Moreover, I recall Russian frosts, and of course brilliant teams we were playing against. Even then VTB league teams were strong. – What stars of that season do you remember the most?
– From Nymburk I remember Vojtech Hruban, from the whole league – Kyle Hines. To tell the truth, there were lots of star players. Each team had few high-level players.

– After VTB league you were playing for Darussafaka under David Blatt coaching. Is it fair to say that he upgraded you and Scottie Wilbekin to the next level?
– Absolutely. He taught us many things, and I really appreciate all he had done for us. Unfortunately, now Blatt has other things to worry about – fight against the disease. I hope he win and will recover.

– You were signed by CSKA to replace injured Will Clyburn. How do you feel about it?
– I feel completely calm. We all have the same goal – help the team win titles. And it doesn’t matter how many minutes will I spend on the court. The main thing is work hard on 100 per cent when I’m on the court.

– You are famous for your defense. Can you name top-3 hardly guardable players you had guard during your career?
– First is Tyrese Rice without any doubt. Second is Scottie Wilbekin, we had lots of one-on-ones on practices. Third is Alvin Young, we played together in Italy.

– Were you somehow connected with volleyball?
– Yes, this is our sport number one, thus all Cuban kids play volleyball. I wasn’t an exception. I saw volleyball much earlier than basketball.

– Why haven’t you played for Cuban basketball National team?
– I left country really early, so I originally had no opportunity to play for National team. That’s the rules. – You were playing for Denver in Summer league. Did you have a chance to sign with NBA team?
– No, I went to summer league first of all to gain experience and to see what American basketball is. And I’m really glad that I had such a chance.

– It is said that there are big internet problems in Cuba…
– Yes, there are definitely some problems, it’s hard to gain access to the Internet. But I hope that this will change.

– Are you involved in any charities?
– I don’t send money but regularly send basketball shoes and uniform to Cuba to help children play basketball.

– 180 thousand of Russians visited Cuba last year, that’s a record. Why Cuba is so attractive to Russians?
– Because this is a time travel. When you go to Cuba you immediately find yourself in 80s/90s atmosphere. Car people especially love Cuba, our retro cars are national pride.

– What places in Cuba do you advise to visit?
– Santiago de Cuba and Guantanamo. Although I’m from Havana, I like these two places more. There are less people and more nature.

– Who is the most famous person in Cuba?
– Oh, that’s easy – Fidel Castro. – Will your relatives come to the All-Star Game or any VTB League games?
– Yes, sure. I am very glad that the Cubans do not need a visa to come to Russia. Therefore, my parents will definitely take the opportunity to visit my game.

– Have you tried rum or Cuban cigars in Russia or Europe?
– No, so far there was no need. I bring all this from Cuba. So far, stocks have not run out.

– What do you like most from Russian or European food?
– Pasta! I can’t imagine my life without pasta, I can eat it every day. I also really liked borsch from Russian food.

– Your Instagram nickname is locopowell. What does this mean?
– Everything is very simple. I called as Loco by my close friends, and Powell is my middle name.

– You have almost no photos with your wife. Why?
– My wife does not really like to attract attention, and I have several thousand subscribers. Therefore, I upload photos with her very rarely. However, she has her own Instagram.

– How do you respond to haters on social networks?
– Briefly, but clearly- with an emodji of the middle finger (laughing).